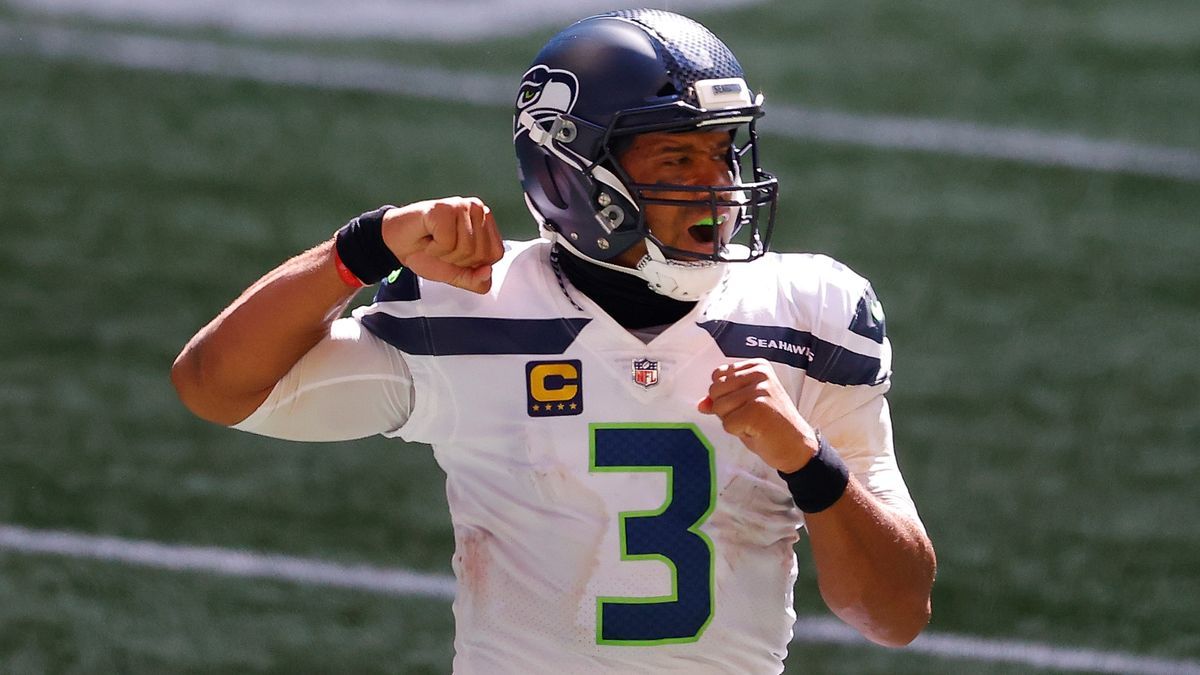 Russell Wilson could be on the move, with an NFL insider speculating that he may be shipped off to Las Vegas as part of a three-team mega deal.

There is reportedly a rift growing between the Seattle Seahawks quarterback and the team's front office, leading to reports that he may welcome a trade. Wilson's agent named a handful of teams as destinations that the Pro Bowler would consider, but one league insider believes that another team could jump into the mix. 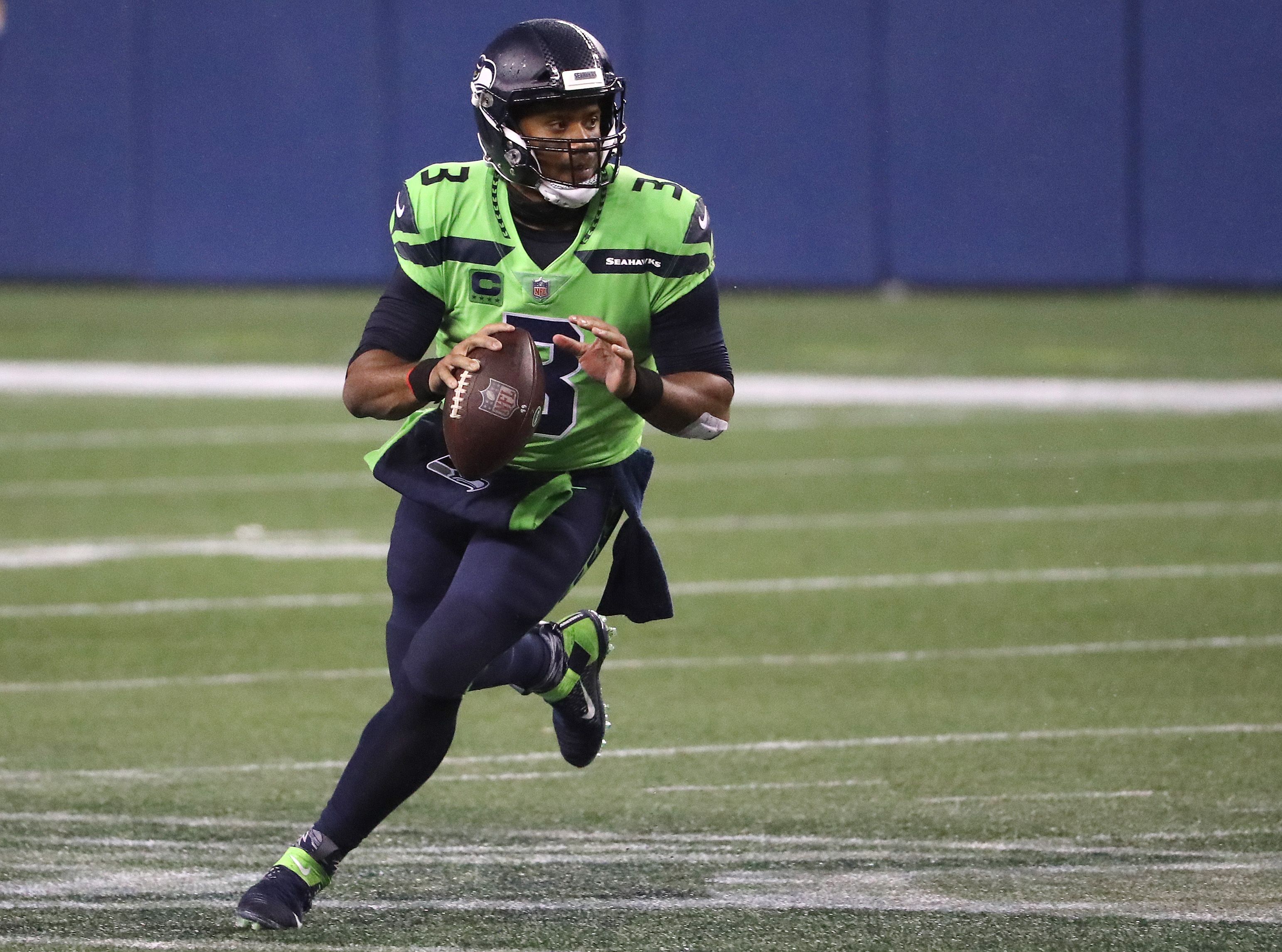 ESPN's Bill Barnwell spun up a series of potential trades to ship Wilson out of Seattle, including one that brings him to an unlikely destination. The Raiders had not been seen as a potential suitor and appeared to be set with Derek Carr as quarterback, but Barnwell speculated that Las Vegas could still make a run at him.

He noted that the move could help the Raiders become more competitive while also helping the business bottom line.

"They won’t have trouble selling tickets in Las Vegas, but Wilson gives the Raiders a cornerstone as they try to win a playoff game for the first time since 2002," he wrote.

Deal Would Be Costly For Las Vegas 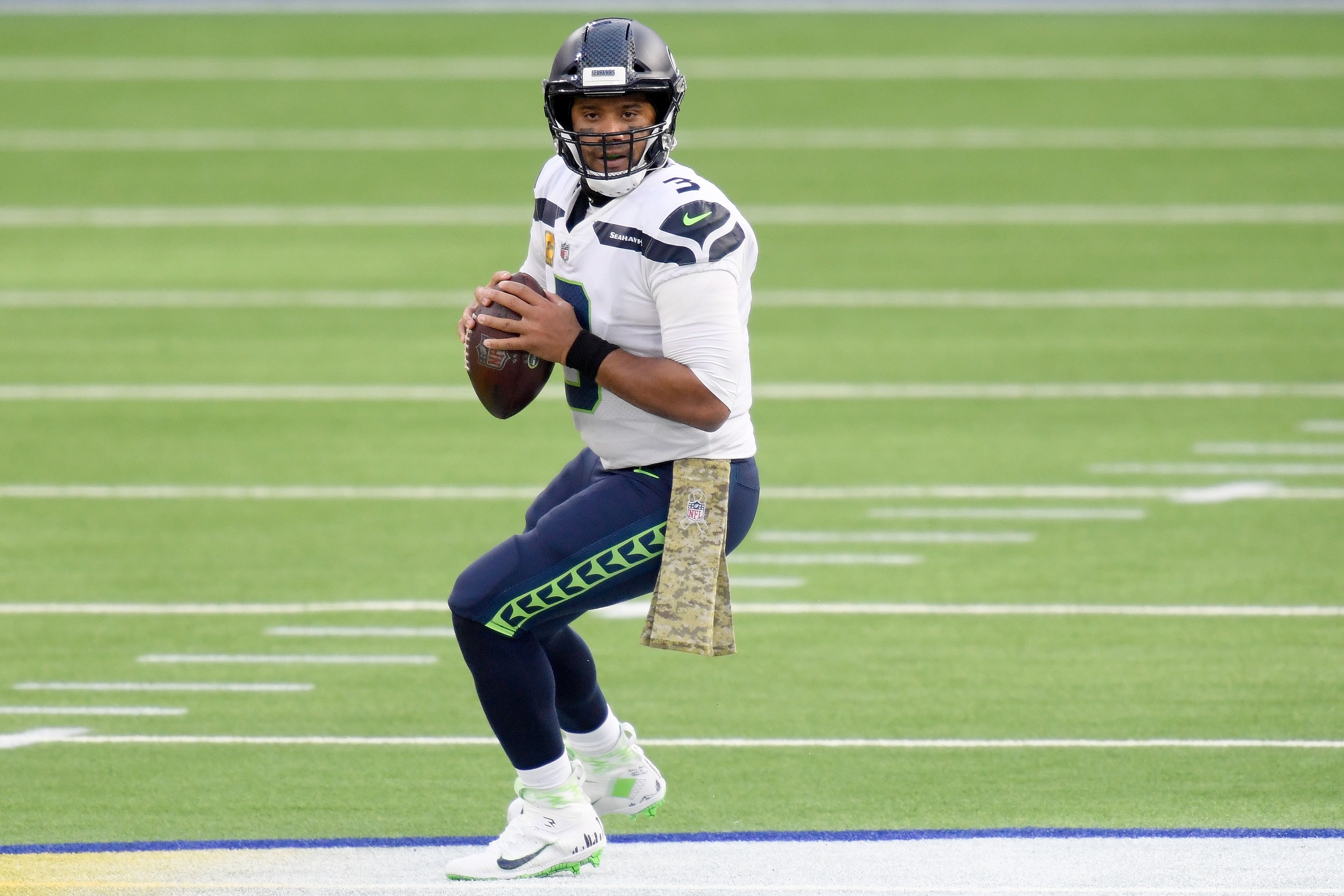 The deal would not be cheap for the Raiders. Barnwell speculated that the team would give up the No. 17 pick in this year's NFL draft along with another first-round pick. They would then throw in quarterbacks Derek Carr and Marcus Mariota and tight end Darren Waller, fresh off his breakout season.

The trade would pull in the New England Patriots, who would land Carr and send their third-round pick to the Raiders while also sending defensive end Chase Winovich to the Seahawks.

“I could see how Raiders fans might think that was too much, but I could also see how Seahawks fans would think that wasn’t enough," Barnwell wrote. "When you have that combination, you typically have something close to a fair deal."

Competition Would Be High 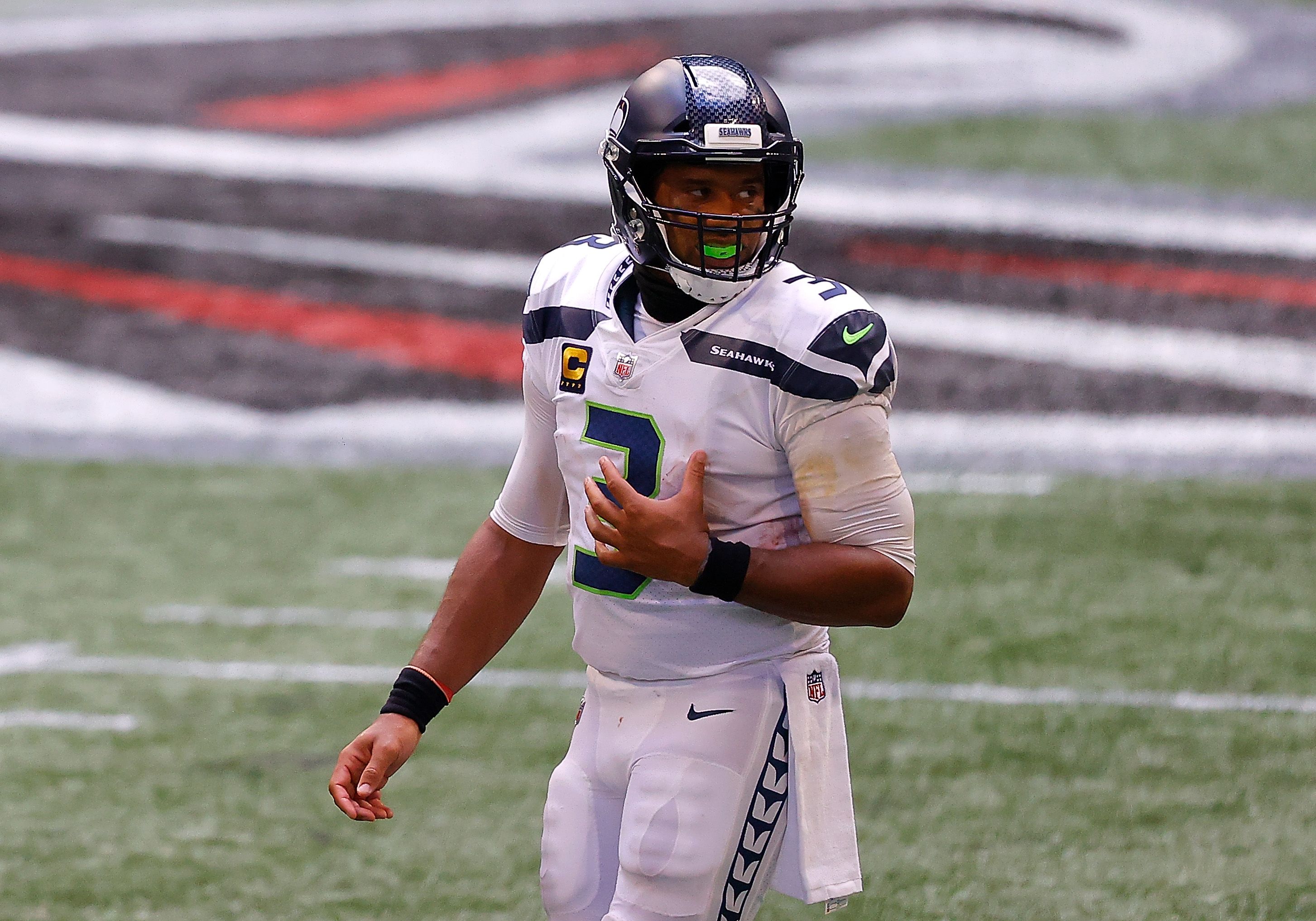 The Raiders would likely have some tough competition in trying to land Wilson. There have been a number of other teams connected to him, including the Chicago Bears.

Fox Sports radio host Colin Cowherd said this week that Chicago could be preparing to make a massive offer. The Bears are in quarterback limbo with the expected departure of Mitchell Trubisky in free agency, and no clear successor within the organization.

A number of other teams are expected to be interested in Wilson should the Seahawks decide to deal him.

“I’m told the Chicago Bears are trying to make a move on Russell Wilson and trying to create a move that is so good Seattle can’t say no."

Raiders Could Lock Down Carr 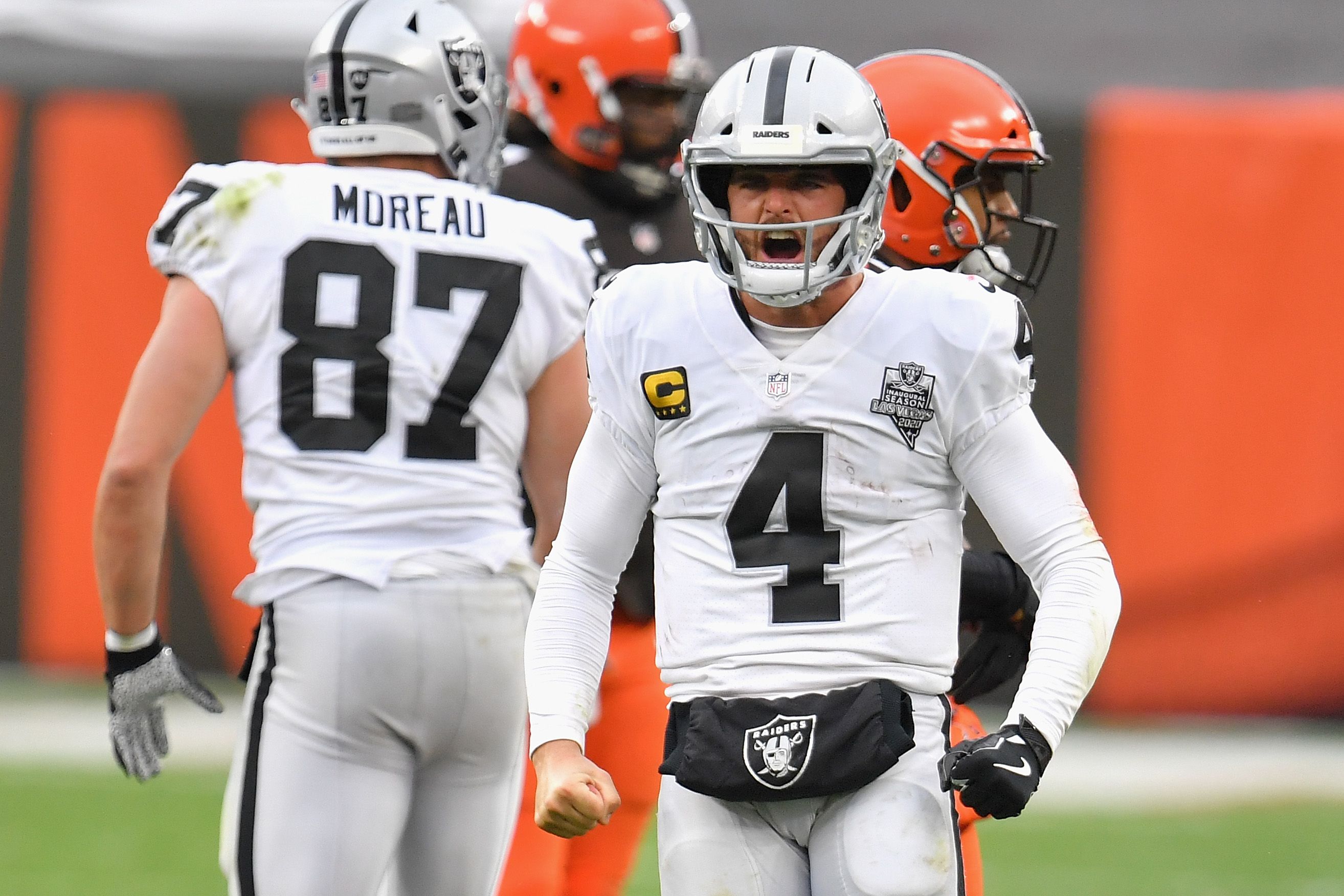 While Barnwell's speculative trade captured some headlines, other insiders believe that the Raiders are happy moving forward with Carr.

Vincent Bonsignore of the Las Vegas Review-Journal even speculated that the team could look at signing Carr to an extension that would lock him down for the future. He wrote that this could be a secondary result of Dak Prescott's new deal with the Dallas Cowboys, which could bring Carr and the Raiders to the negotiating table for a new deal that would give him a pay raise while securing his future with Las Vegas.