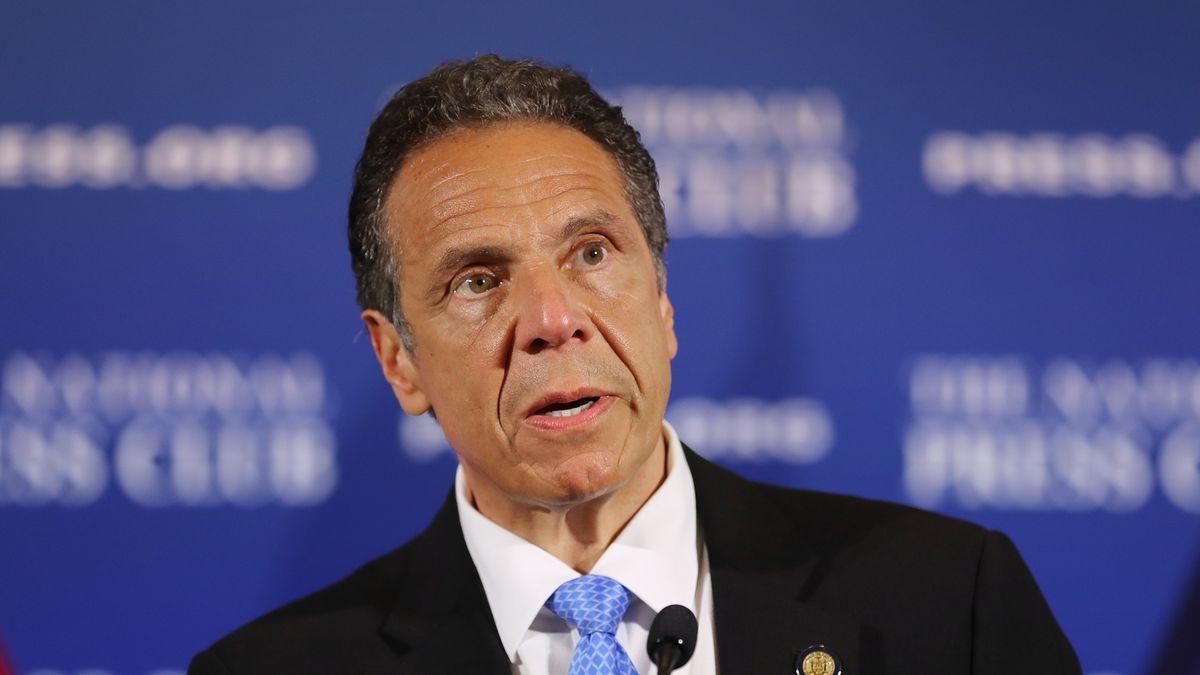 Bakeman, who worked as a statehouse reporter in Albany, penned a column for New York Magazine, detailing several instances in which she claims Cuomo behaved inappropriately and sexually harassed her.

According to Bakeman, Cuomo behaved inappropriately around her and other female reporters for years. Even male reporters were aware of the behavior, she suggested, but did nothing to put an end to it.

Bakeman wrote of one encounter with Cuomo in 2014, detailing how she approached the governor at a holiday party to wish his father well. Cuomo, she said, took her hand and then "refused to let go."

"He put his other arm around my back, his hand on my waist, and held me firmly in place while indicating to a photographer he wanted us to pose for a picture," Bakeman wrote, noting that Cuomo kept "his grip on me as I practically squirmed to get away from him."

'It Was About Power,' Bakeman Claims

Bakeman said she was "shocked and humiliated," writing that Cuomo refused to let go of her and demeaned her in front of other reporters.

His behavior, she said, was not about sex, but about power.

"I never thought the governor wanted to have sex with me. It wasn’t about sex. It was about power. He wanted me to know that I was powerless, that I was small and weak, that I did not deserve what relative power I had," Bakeman wrote, adding that Cuomo wanted her to know "he could take my dignity away at any moment."

Bakeman Says Cuomo Harassed Her In 2012

The 2014 encounter was the most "egregious" example of Cuomo's behavior, but not the only one, according to Bakeman. At a 2012 reception at the governor's mansion, the reporter said, Cuomo touched her without consent.

"The way Cuomo operates is by daring women to make an impossible choice: endure his abuse silently or speak up and risk your career," writes former Capitol reporter @jessicabakeman https://t.co/ZlN6lNszL3

Bakeman recalled being late to the reception and then sitting next to Cuomo, who "took my hand, pulled me into his body and put his arm around my shoulder."

"He left it there, and kept me pinned next to him, for several minutes as he finished telling his story," she wrote.

Cuomo said earlier Friday that he is not going to resign.

The governor denied ever touching a woman inappropriately and said that he expects the investigations to show he did nothing wrong.

Per Mother Jones, Cuomo also said that the accusations against him could be politically motivated and railed against "cancel culture."

As The Inquisitr reported, a number of prominent New York Democrats have said that Cuomo should step down. Notably, House Judiciary Chairman Committee Chairman Jerry Nadler said in a Friday statement that Cuomo "has lost the confidence of the people of New York."