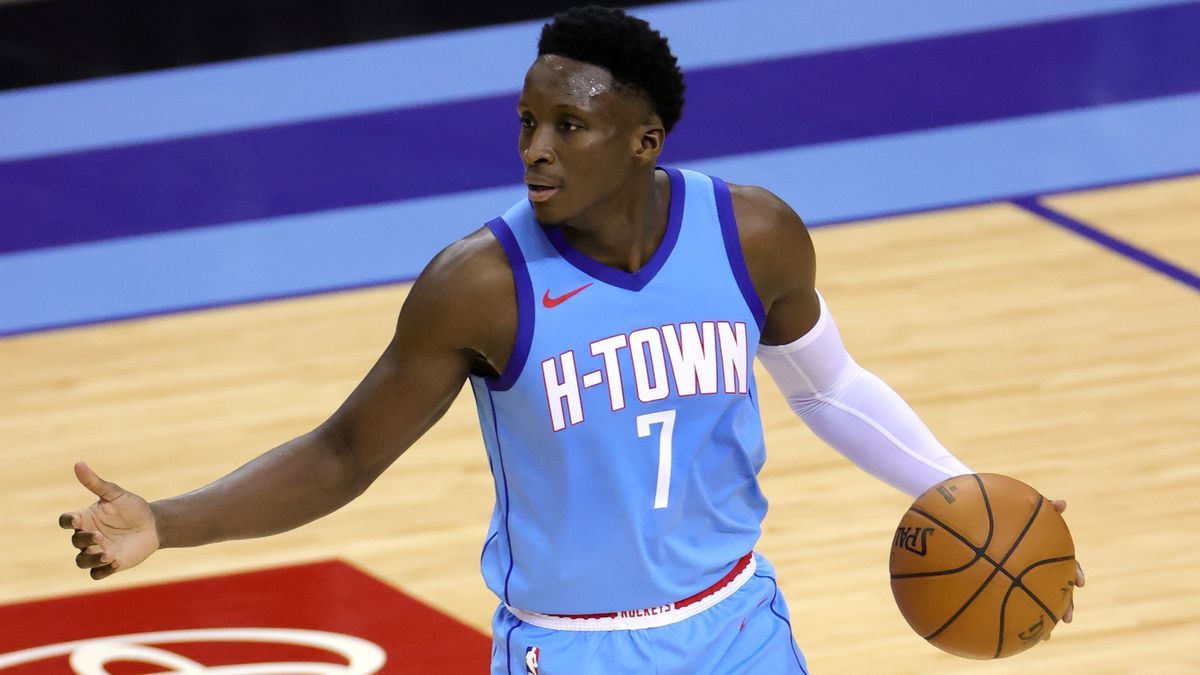 Houston Rockets shooting guard Victor Oladipo is one of the players who are highly expected to change teams before the 2021 trade deadline. The Rockets tried to prevent Oladipo from hitting the free agency market by offering him an extension, but he refused to ink a new deal and said that he's eyeing a long-term contract in the 2021 offseason. If the Rockets can't get an assurance from Oladipo that he intends to stay in Space City beyond the 2020-21 NBA season, they are better off moving his expiring contract before the March 25 deadline. 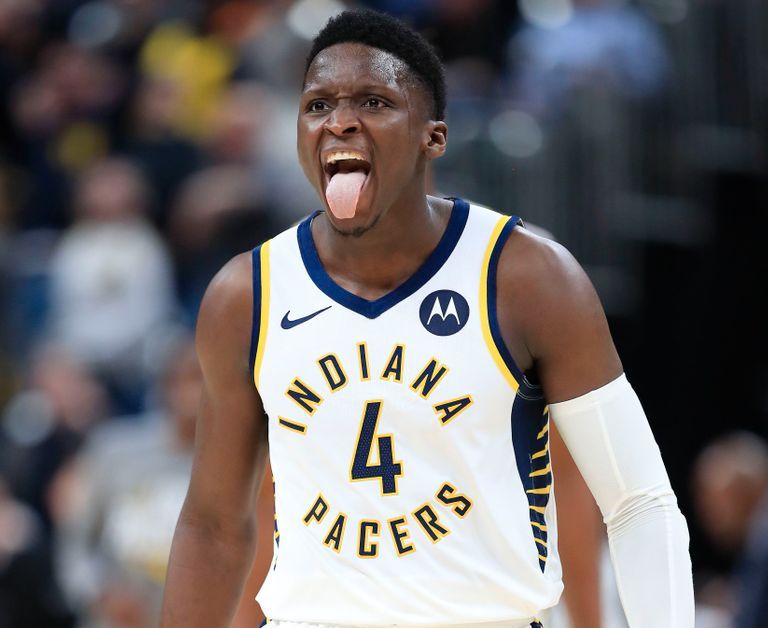 In a recent article, Zach Buckley of Bleacher Report  created a list of fresh landing spots for the league's top available trade targets. For Oladipo, it's the Denver Nuggets. The Nuggets are currently active on the market, searching for major roster improvement. Though Nikola Jokic and Jamal Murray have blossomed into All-Star caliber players, the Nuggets obviously need more star power on their team in order to improve their chances of conquering the loaded Western Conference and winning the NBA championship title this season. 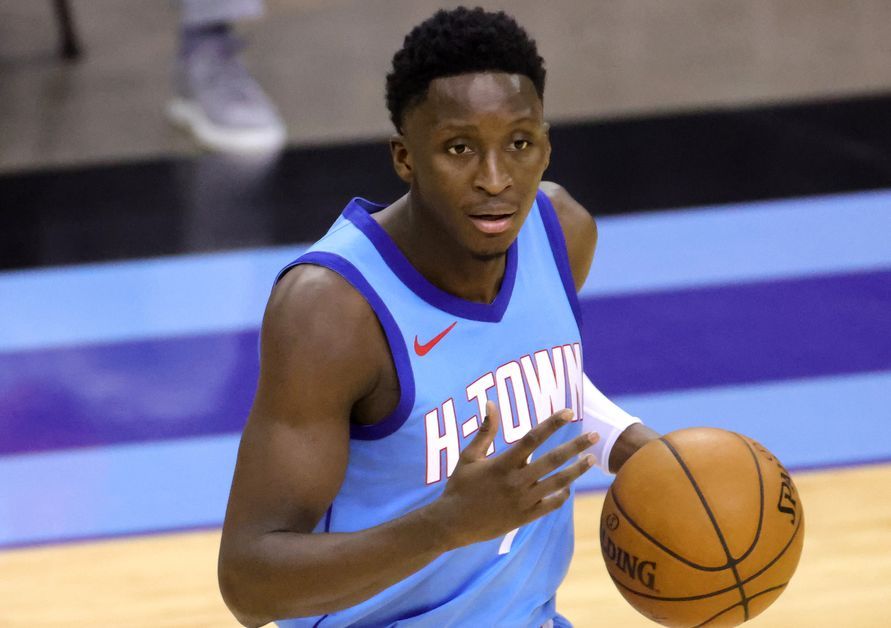 Oladipo may have gone through plenty of ups and downs in the past two seasons, but he would still be an intriguing addition to the Nuggets. As Buckley noted, the Nuggets could use the veteran shooting guard as their fourth option behind Jokic, Murray, and Michael Porter Jr.

Oladipo would add another shot-creator and beef up their point-of-attack defense. In turn, his percentages should rise by handling a lighter workload and having better spacing for his off-the-bounce attacks. Use him as a fourth option behind Nikola Jokic, Murray and Porter (or maybe a 3A/3B situation with Porter), and Oladipo could shine—on a big stage, right before he hits the open market. 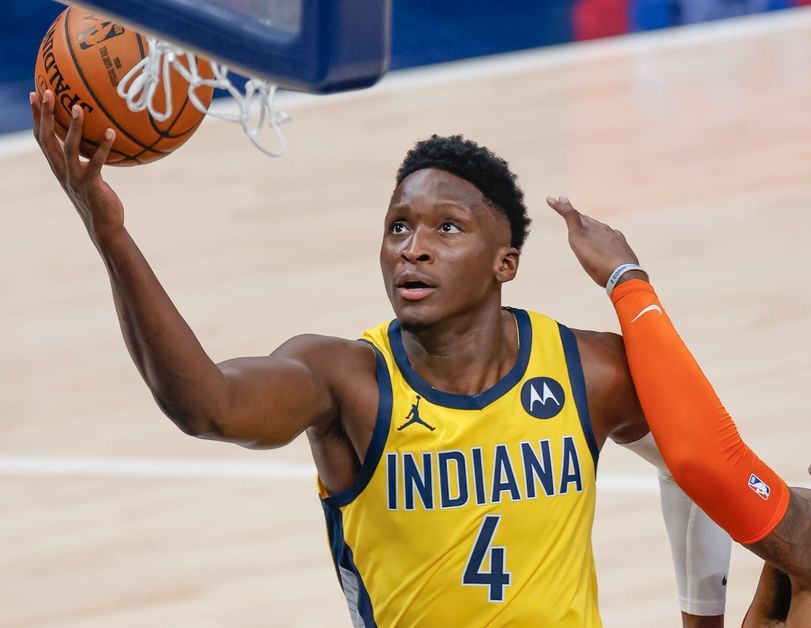 Trading for Oladipo wouldn't make the Nuggets an instant favorite to represent the Western Conference in the 2021 NBA Finals, but it would strengthen their chances of making a deep playoff run and becoming a tougher team to beat in a best-of-seven series. Aside from giving them another scoring threat behind Jokic, Murray, and MPJ, his arrival in Mile High City would also help them improve their defensive efficiency that currently ranks No. 16 in the league, allowing 110.0 points per 100 possessions, per ESPN. 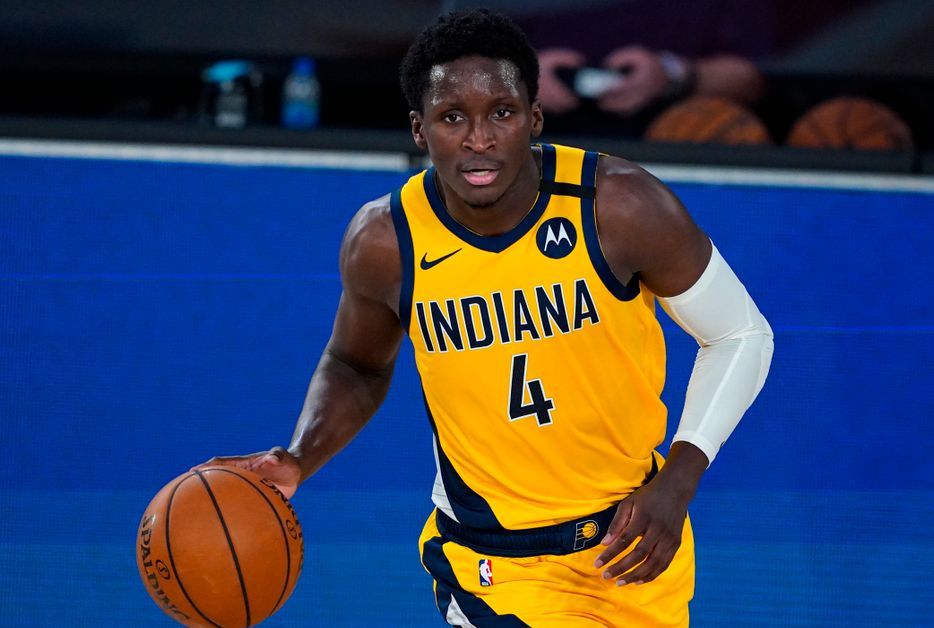 With his health issues and expiring contract, the Rockets aren't expected to demand a huge haul in the potential deal involving Oladipo. Buckley believes that the trade package that includes Gary Harris, PJ Dozier, and a couple of future second-round picks would be enough to convince the Rockets to send Oladipo to Denver before the 2021 trade deadline.

The proposed deal would allow the Rockets to acquire another young and promising player that they could develop alongside Christian Wood in Dozier and future draft picks that they could use to add more talented prospects to their roster.