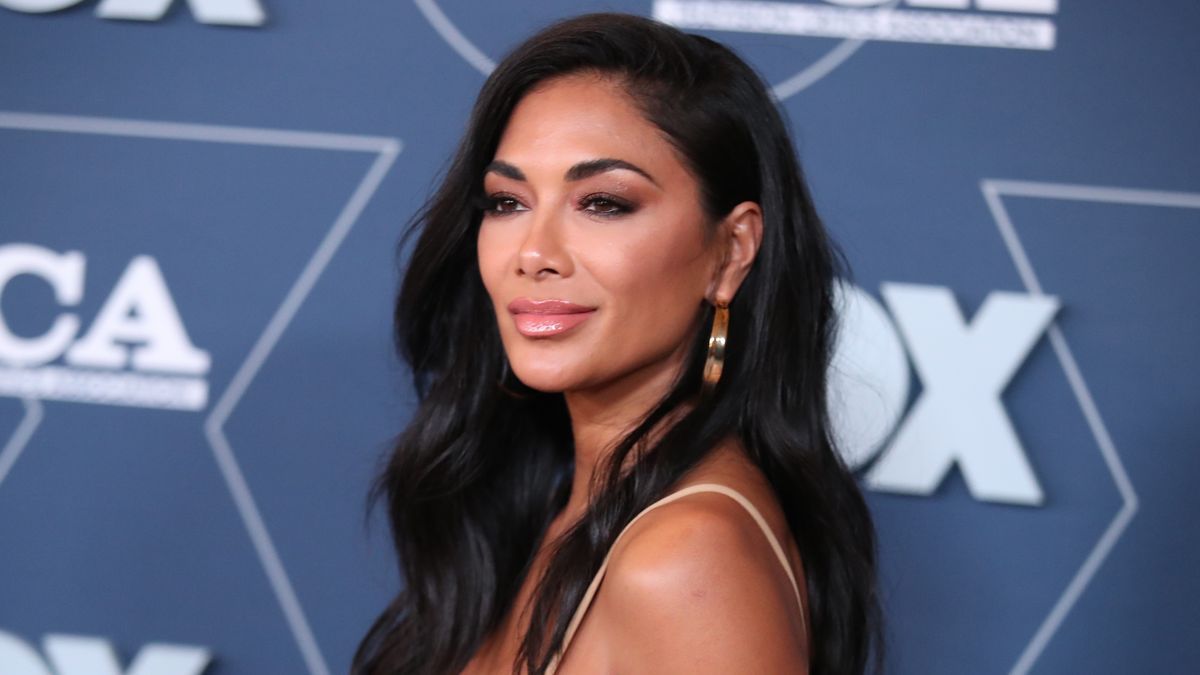 Pop star and television personality Nicole Scherzinger stunned her 4.8 million Instagram followers with her most recent share, a gorgeous snap in which she rocked a stage-ready embellished bodysuit.

The photo was taken in the middle of what appeared to be some kind of photoshoot or filming setup, and a black-and-white vinyl floor was visible beneath her. A few of what seemed to be crew members were lingering in the background, but the focal point of the shot remained Nicole and her flawless figure. 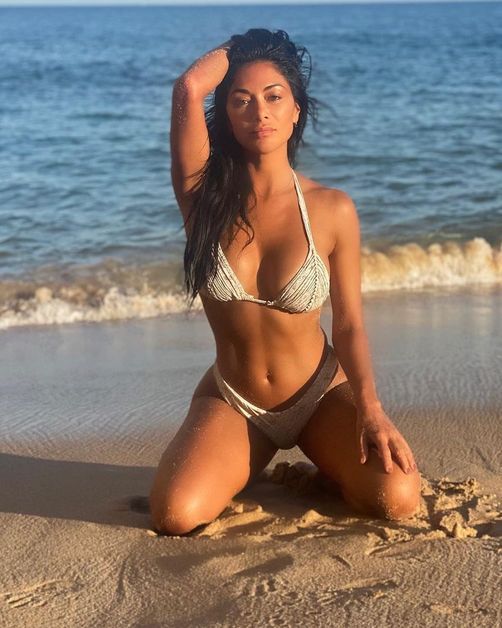 She tagged stylist Jessica Paster in the image, suggesting that she was the one who pulled together the eye-catching look. She also tagged another member of her glam squad, hair stylist Dimitris Ginnaetos.

The ensemble Nicole wore had a simple yet sexy silhouette. The long-sleeved bodysuit had a turtleneck and full coverage over the chest area, keeping most of her flawless skin hidden. However, the outfit did have a figure-hugging silhouette and showcased her curves to perfection.

The entire garment was covered in gems, including symmetrical patterns of smaller circular gems and larger ones that were scattered in a more abstract way. 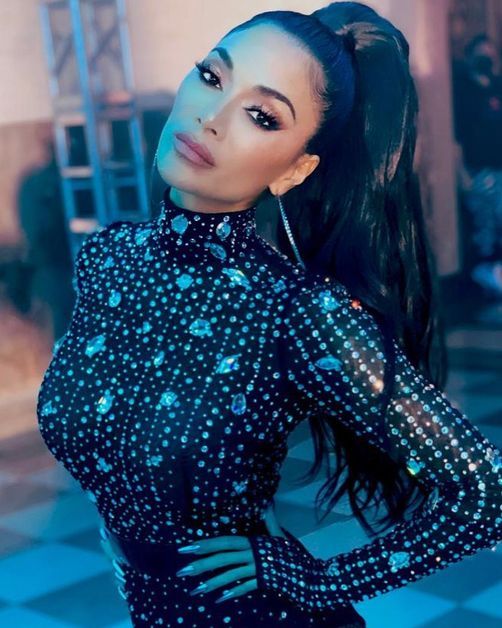 The bodysuit didn't offer any coverage on her legs, leaving them bare, and Nicole added another style statement by pairing the garment with fishnet stockings. The stockings likewise were embellished with small twinkling gems, adding a glamorous vibe to the overall look.

She kept the accessories simple, wearing just a pair of dangling earrings. Meanwhile, the garment she wore was sparkling on its own.

The look also had a thick belt that hugged her slim waist. Nicole accentuated her hourglass curves by placing her hands on her waist. 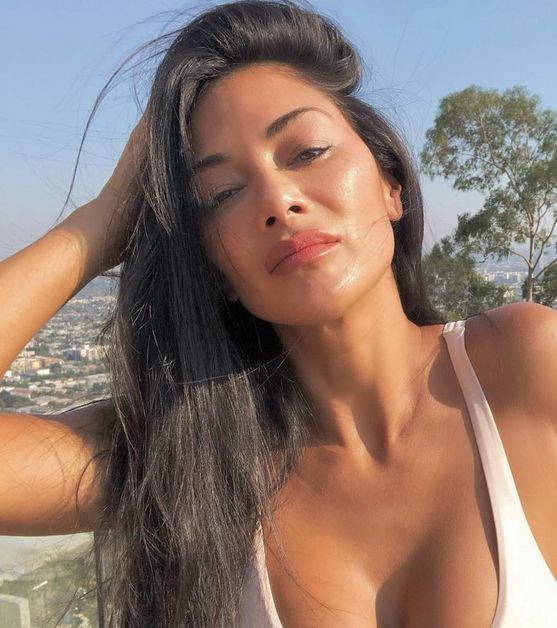 Her long brunette locks were pulled back in a sleek high ponytail with some major volume, and the silky tresses tumbled down her back, reaching nearly all the way to her shapely rear.

She stared right at the camera with a serious expression on her face, and paired the steamy shot with a simple caption.

Her fans raced to hit the like button, and the post racked up more than 76,600 likes within just six hours of going live. It also received 515 comments from her audience. 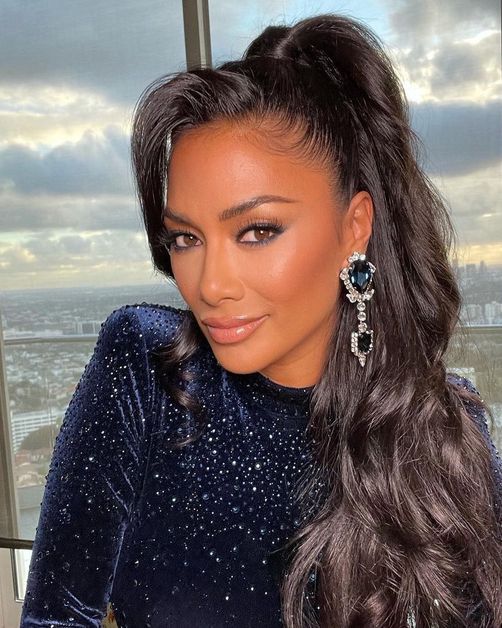 "Goddess," another chimed in.

"Yasss! Queen Scherzy," a third follower remarked, including two flame emoji in the comment and referencing a nickname that is occasionally used for Nicole by her fans.

Whether she's rocking activewear or going full glam for a performance or red carpet event, Nicole loves to share her different looks with her audience. Just last month, as The Inquisitr reported, she shared an update in which she rocked pigtails and a simple white towel.