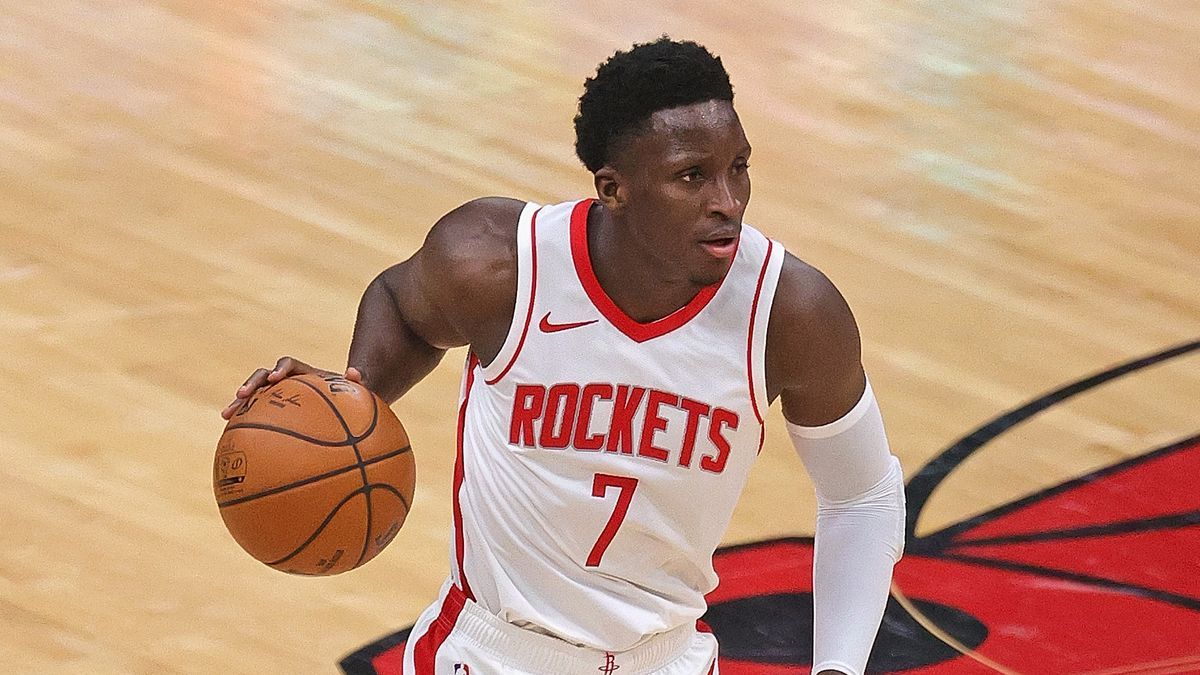 Houston Rockets shooting guard Victor Oladipo is one of the players who are highly expected to be moved during the 2020-21 NBA season. The Rockets recently tried to offer Oladipo a contract extension, but the veteran shooting guard declined, saying that he's hoping to sign a longer-term deal in the 2021 free agency. The Rockets would still have the opportunity to renegotiate a new deal with Oladipo in the upcoming offseason but if he wouldn't give them an assurance that he intends to stay in Space City, they might be better off moving him before the 2021 trade deadline than lose him as a free agent without getting anything in return. 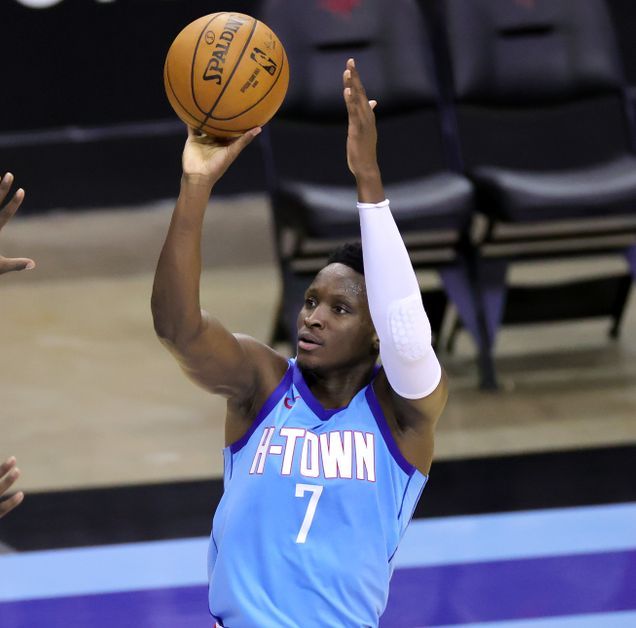 One of the teams that could express an interest in trading for Victor Oladipo is the New York Knicks. In a recent article, Michael Balko of NBA Analysis Network came up with a trade idea that would enable the Knicks to acquire Oladipo from the Rockets before the 2021 trade deadline. In the proposed trade scenario, the Knicks would be sending a package that includes Alec Burks, Kevin Knox II, Frank Ntilikina, and the rights to swap first-round picks in 2021 to the Rockets in exchange for Oladipo. 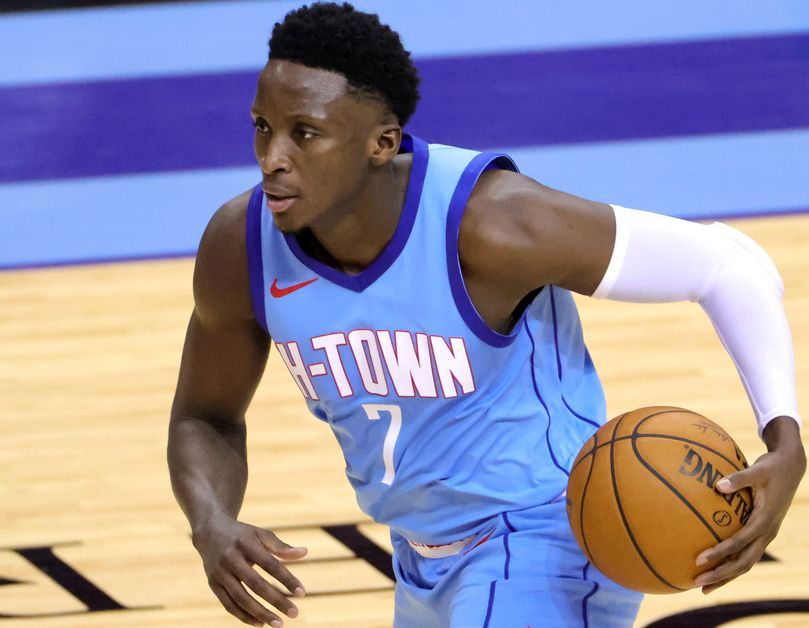 The idea of trading all those assets for a possible one-year rental like Oladipo would definitely earn mixed reactions from Knicks' fans. However, Sam DiGiovanni of The Knicks Wall believes that bringing Oladipo to New York is a "low-risk, high-reward move" for the Knicks.

"Taking a flyer on Oladipo is a low-risk, high-reward move. Even at his worst, he should be better than all but three or four players in New York’s rotation. If he shows more flashes of his old self, he would easily be a top-three player on the team." 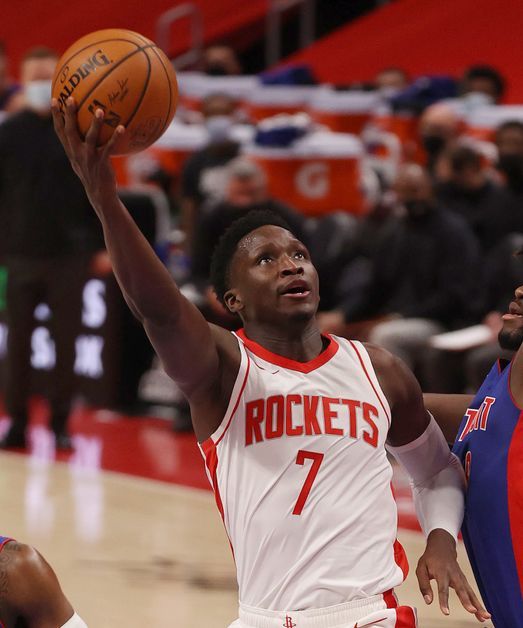 Oladipo would undeniably be a great addition to the Knicks. He may have gone through plenty of ups and downs in the past years, but this season, he's slowly returning to his old self. In 24 games he played, the 28-year-old shooting guard is averaging 20.0 points, 5.2 rebounds, 4.5 assists, and 1.5 steals while shooting 39.9 percent from the field and 33.1 percent from beyond the arc, per Basketball-Reference.

If he becomes more consistent with his performance and manages to stay away from any major injury, he would strengthen the Knicks' chances of ending their playoff drought and make them a tougher team to beat in a best-of-seven series.

Proposed Deal A No-Brainer For Rockets 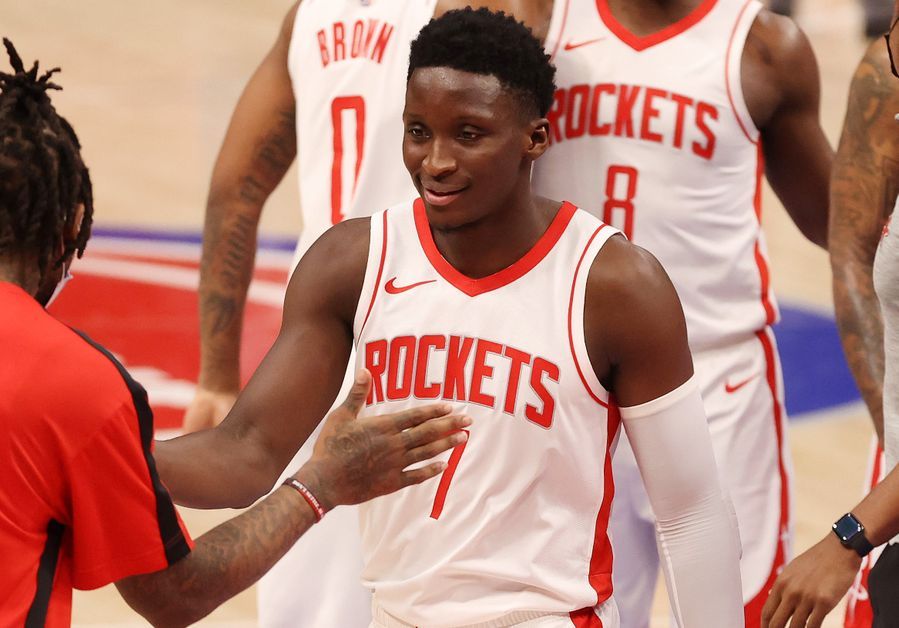 The proposed trade deal would make a lot of sense for the Rockets, especially if they think that they only have a minimal chance of re-signing Oladipo in the 2021 free agency. By sending him to New York, they would be turning his expiring contract into two young and promising players in Knox and Ntilikina.

Knox and Ntilikina may have failed to live up to expectations from being lottery picks with the Knicks, but being traded to a rebuilding team that could give them more playing time and a significant role on the offensive end of the floor could bring them back to the right path to becoming legitimate superstars in the league.