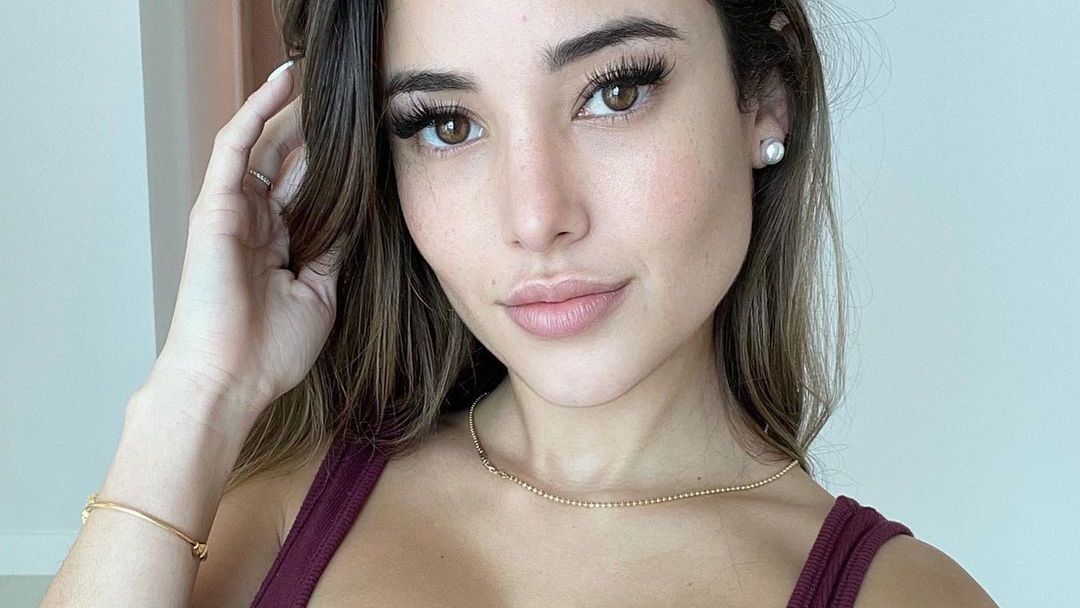 Latina model Angeline Varona gave her 2.9 million Instagram fans something to talk about on Saturday, March 6, when she shared another smoldering snapshot that saw her showing some serious skin. The post went live a couple of hours ago but has already been showered with praise from her admiring followers.

The influencer struck a provocative pose in front of a mirror for the jaw-dropping selfie. Angeline propped up on her knees as she spread her thighs apart in a suggestive manner. She held her phone directly in front of her left shoulder, angling the mobile device as she ensured that her viewers got the best look at her fantastic physique and enviable curves. 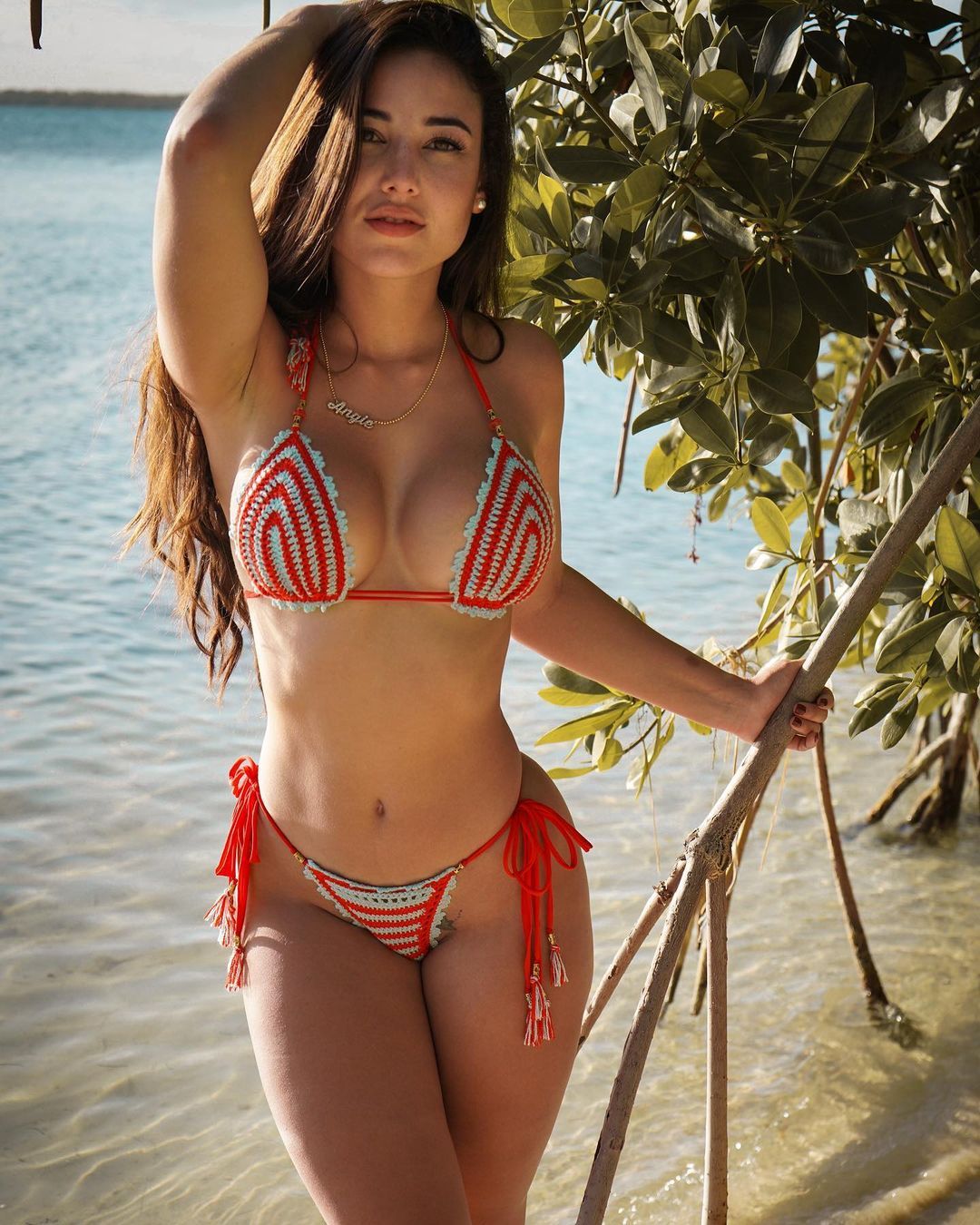 The 27-year-old sported a skimpy red top. The triangle-cut cups were so tiny that they barely contained her perky breasts. As a result, a teeny hint of her underboob and a glimpse of her sideboob was on display. The neckline plunged low in between her bust, allowing her to expose much of her décolletage, and the snug fit of the piece made her cleavage pop. The swimwear also had thin, clear straps as support, cling over her lean shoulders, and it highlighted her slim arms. 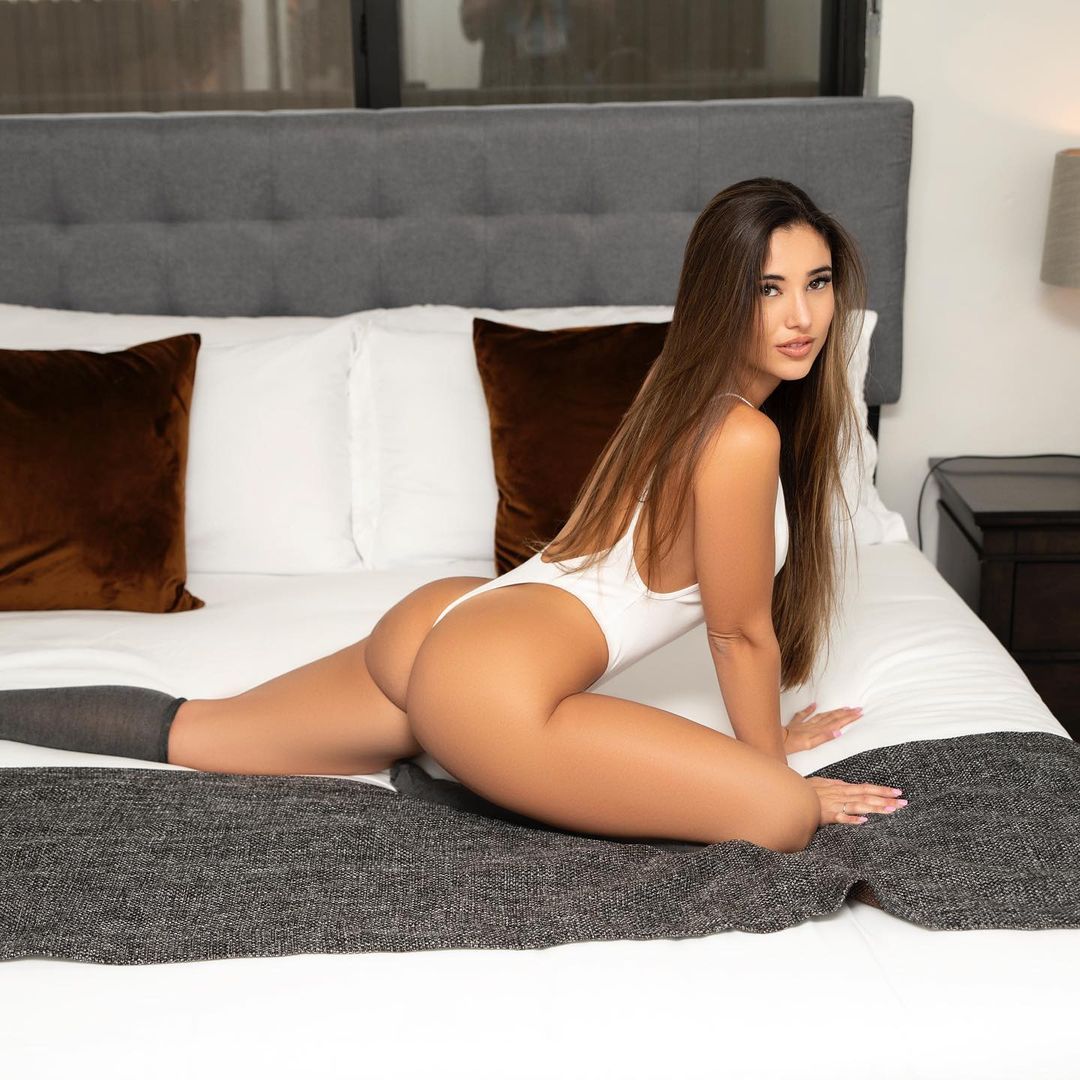 Angeline wore the matching thong that was even more revealing than the top. The bottoms featured an itty-bitty piece of fabric that only covered the vital bits of her groin area. The front dipped low, incredibly close to her privates. The cut accentuated her flat stomach and flat abs. Its high-cut design showcased plenty of skin and helped emphasize her the curves of her hips, as well as her toned thighs. The bright-colored bathing suit complemented her flawlessly fair complexion. 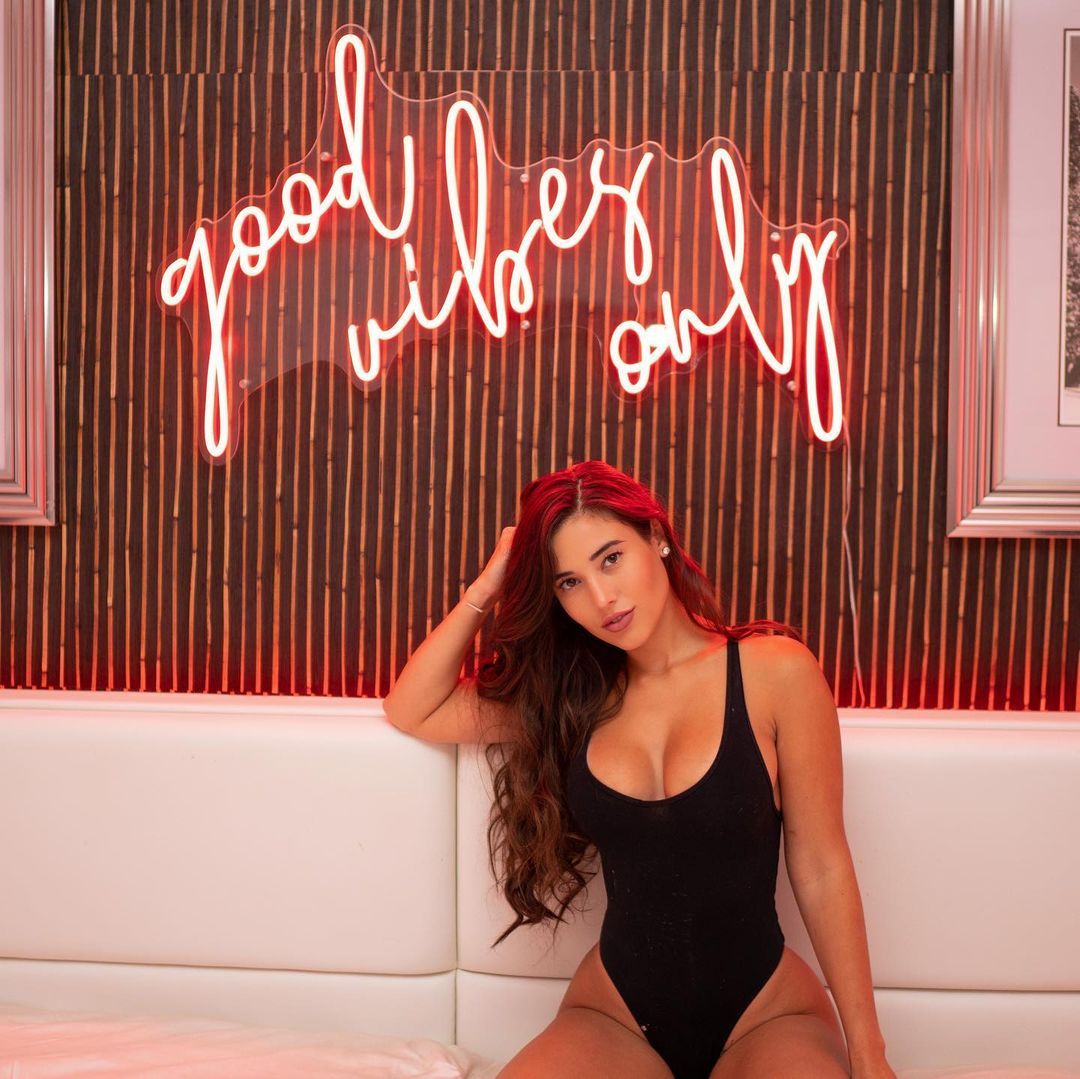 Angeline's risqué snapshot was snapped in her apartment in Miami. The location looked familiar to a lot of her avid followers, as it was featured in some of her posts on the photo-sharing app.

She was apparently in her room, which was connected to a balcony. During the day, the place looked extra bright from the sunlight that entered through the glass door.

Angeline left her brunette hair untied and let its long strands cascade over her body. She had wavy curls that suited her nicely.

Red Is Her Color 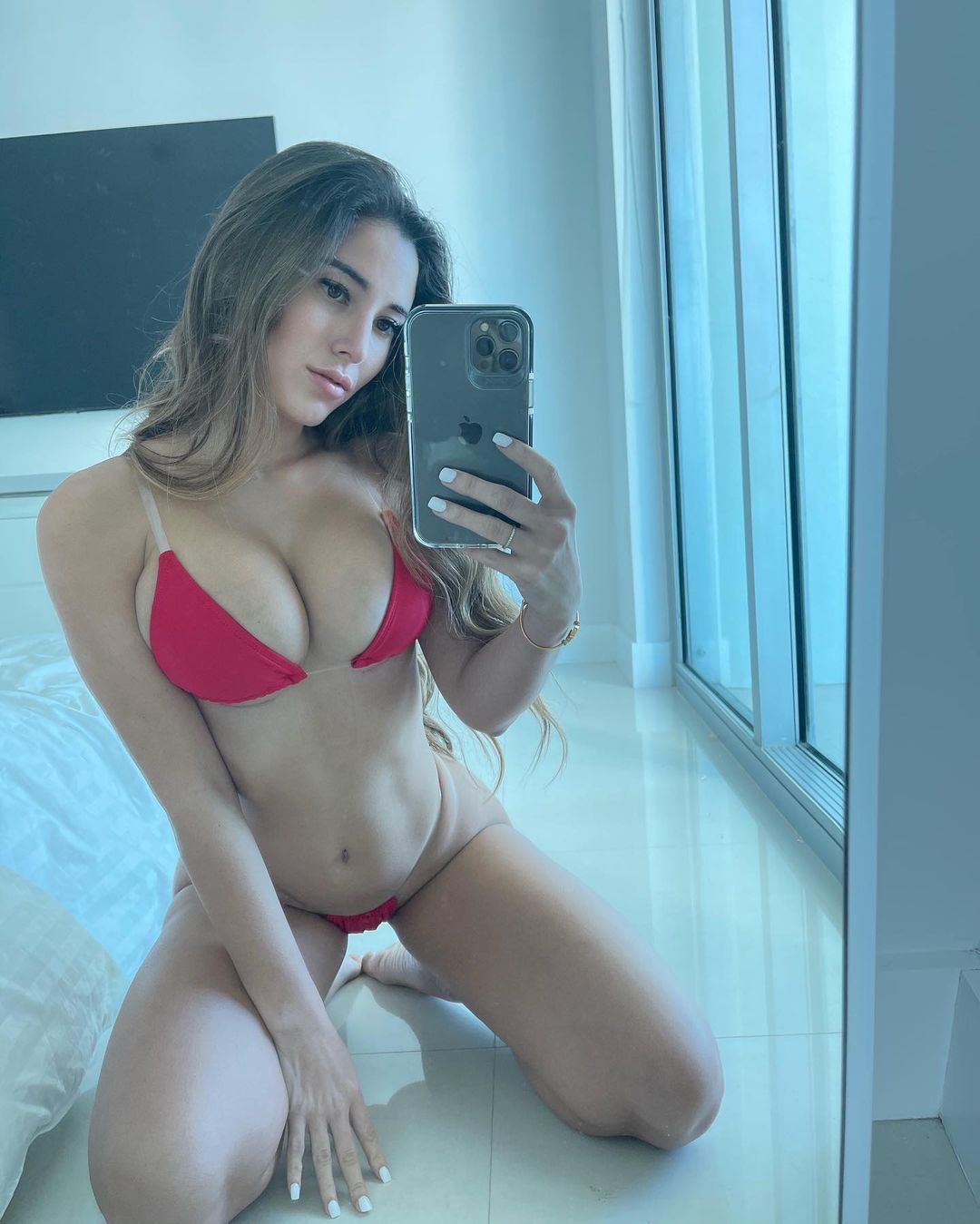 Angeline described herself as "sweeter than sugar" in the caption and added an emoji at the end of the text.

The racy picture earned more than 123,000 likes and upward of 1,200 comments in less than 24 hours of being live on the famous app. Some of her eager online supporters flocked to the comments section to leave compliments about her latest eye-popping display, while countless other admirers were speechless and opted to use a mix of flame and red heart emoji.

"Hotter than the sun," added another follower.