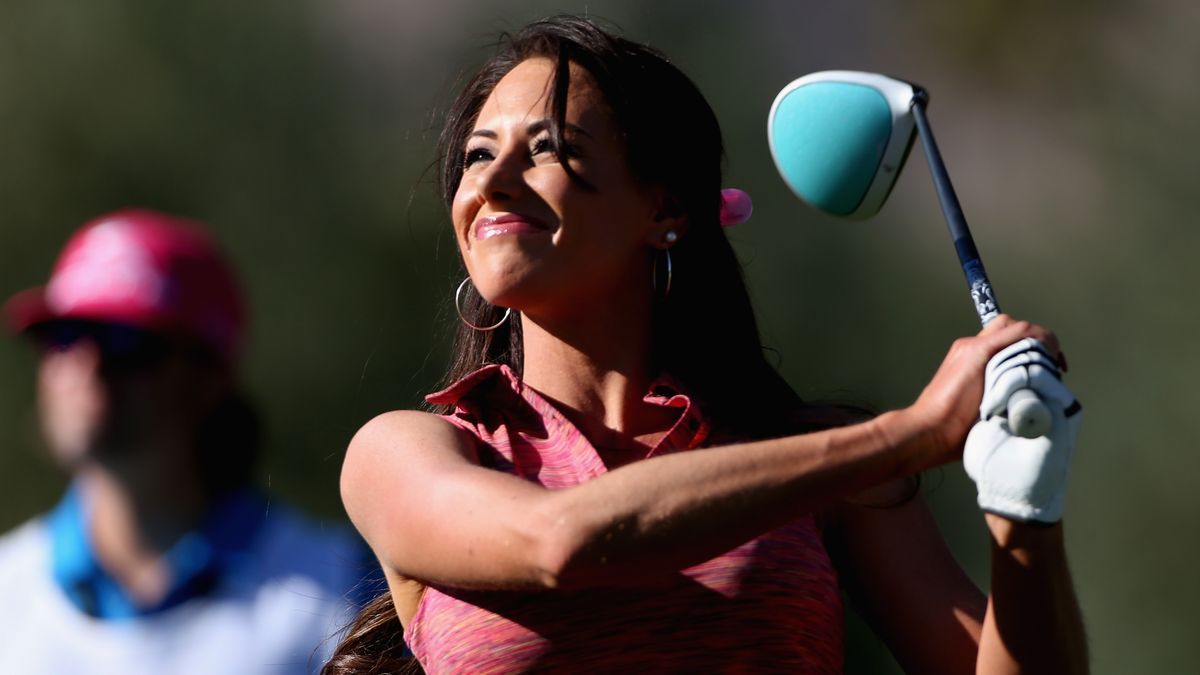 Former Fox Sports host Holly Sonders knocked her latest boudoir shoot out of the park. The brunette bombshell stripped down to her underwear, rocking skimpy panties and nothing else as she posed in bed for a smoking-hot new photo shared with her Instagram followers Friday.

Holly titillated her audience as she ditched her top and let it all hang out. Her barely-there bottoms provided next-to-no coverage to her flawless figure, leaving a great expanse of smooth, supple skin on show.

See the piping-hot photo below! 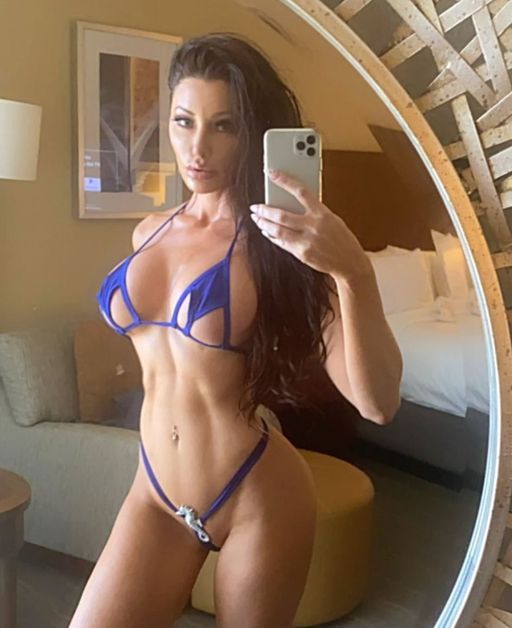 Snapped in mid-profile, Holly gave fans a good look at her busty assets as she shot a coy stare at the camera. The topless beauty kept the picture Instagram-safe with a tiny bikini top that was drawn over the photo in red ink.

While the subterfuge effectively censored her curves, much of Holly's buxom chest was exposed by the drawing that bared a substantial amount of sideboob and underboob. Her ample cleavage was also on display as the depiction featured a plunging neckline.

Holly attributed the rendering to Las Vegas-based plastic surgeon Christopher Khorsandi, who is responsible for the star's voluptuous lips.

"He really CAN create anything he wants!" she humorously wrote in her caption.

Keep scrolling to see the pic!

This was not the first time that Holly has used the trick to get an NSFW pic approved on Instagram. The babe rocked a drawn-on bikini top in a photo posted back in January, wherein she flaunted her spectacularly toned body in teeny booty shorts. 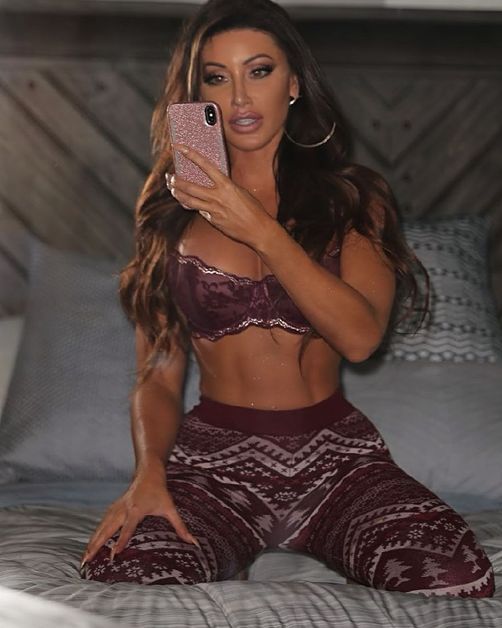 The brunette beauty seduced the camera as she got on her knees and sat on her heels with her thighs open. Her rounded hip was completely bared in the minuscule red panties, whose outrageous high cut barely maintained her modesty.

Holly crossed her hands over her waist in a delicate pose that lured the gaze to her chiseled abs. Her dark tresses were pulled up into a messy ponytail that brushed over her shoulder, grazing her naked chest. A pair of rebel tendrils framed her face, emphasizing her beautiful features.

The stunner credited the shot to AJKPhotography, who often collaborates with the model for scorching photoshoots. 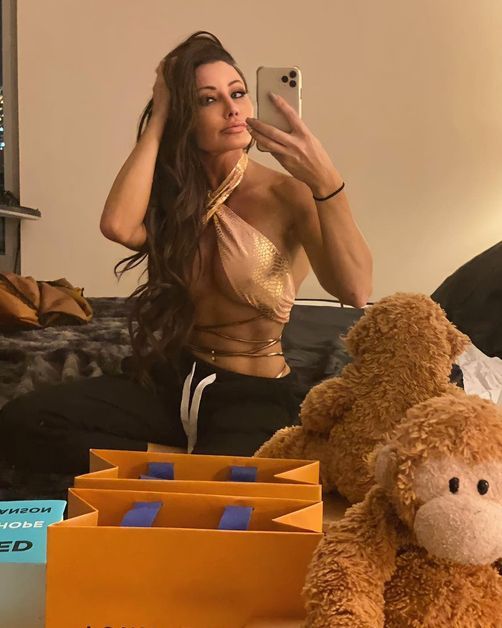 While the sizzling brunette is usually all glammed-up for her shoots, she switched things up this time around by going easy with the makeup.

She sported a fresh-faced look, highlighting her stirring blue eyes with "minimal makeup" that included a pinch of burgundy eyeshadow and dark eyeliner. She wore a nude-pink lipstick that flattered her complexion and a touch of shimmering blush.

Fans took turns in complimenting her natural beauty and told her she should try out the look more often.

"You are so much hotter with little makeup!!!!!!!" said one person. 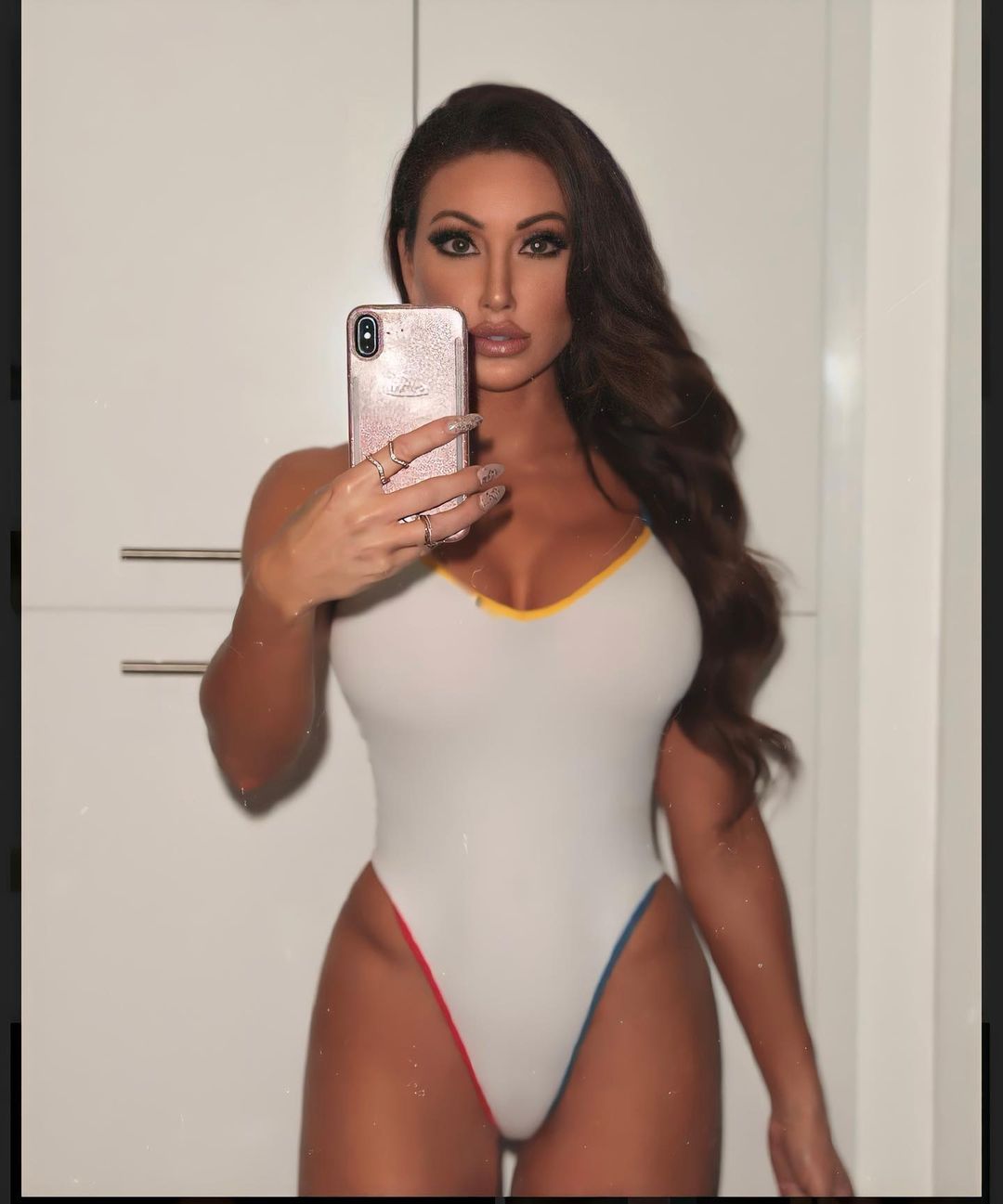 The steamy upload was a big hit with Holly's 559,000 followers on the platform, reeling in more than 9,200 likes overnight. Many of her supporters also left gushing messages of admiration for the scorching model. Others were rendered speechless by the smoking-hot share, opting to express their adoration with emoji.

"My goodness. Pics keep getting hotter and hotter," remarked one follower.

"You are such a play kitten," chimed in a second Instagrammer.

"Oh my god. you are so beautiful and adorable. an angel came down to earth," a third user waxed lyrical about her beauty.