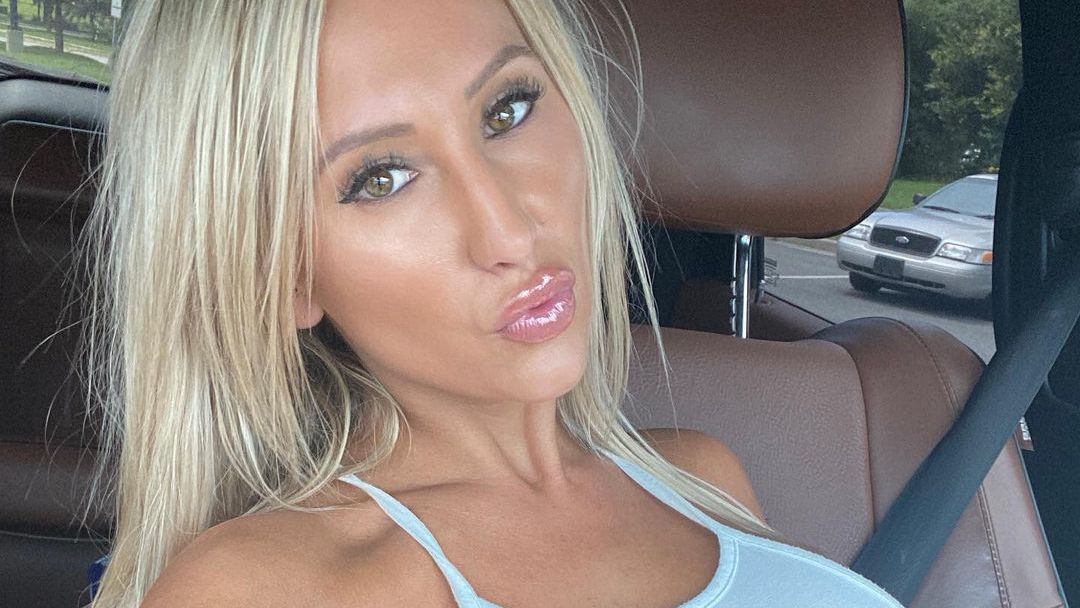 Kayla Moody took to Instagram Friday, March 5, to upload a new video that wowed her 1.2 million followers. The Tennessee bombshell, who recently set her page on fire with a scorching lingerie clip that was viewed more than 59,400 times, looked hotter than ever as she shimmied into a racy mini dress to do a little dance for her fans.

The blond beauty delivered an eyeful of curves and plenty of seductive moves, sending her following into a frenzy with her sexy performance. Scroll through to watch the video straight from Kayla's feed! 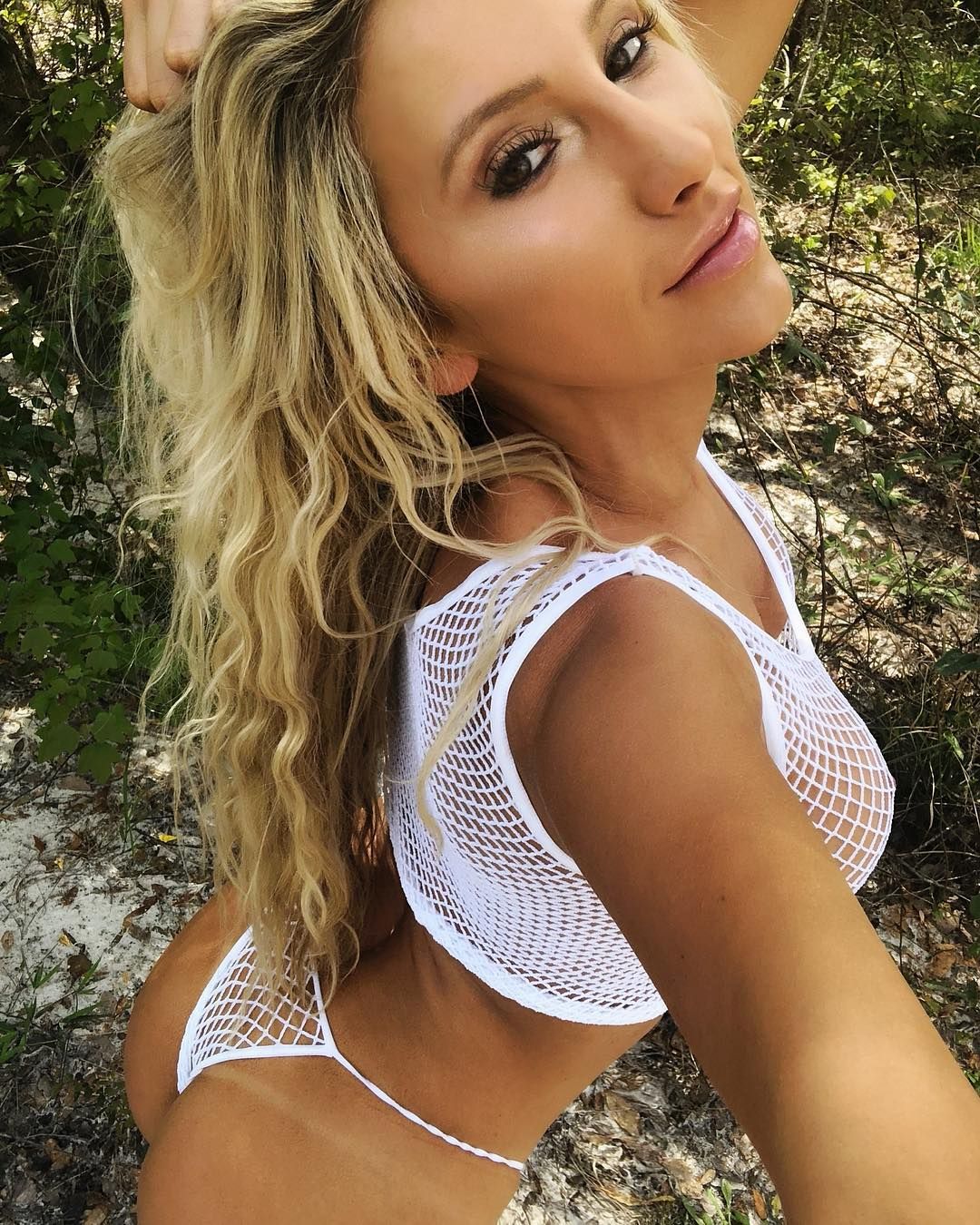 The hot military wife left nothing to the imagination in a see-through black number that clung tightly to her sculpted body. While the short-sleeve dress had a mock neckline that hid her décolletage entirely, her curves were left within full view for her audience to admire.

Underneath, Kayla rocked a skimpy bikini that was fully visible through the sheer, tulle-like fabric. Also of note was the outfit's daringly short length. It grazed a little below the hip, leaving her voluptuous thighs almost completely within view of the camera.

Keep scrolling for the eye-popping video! 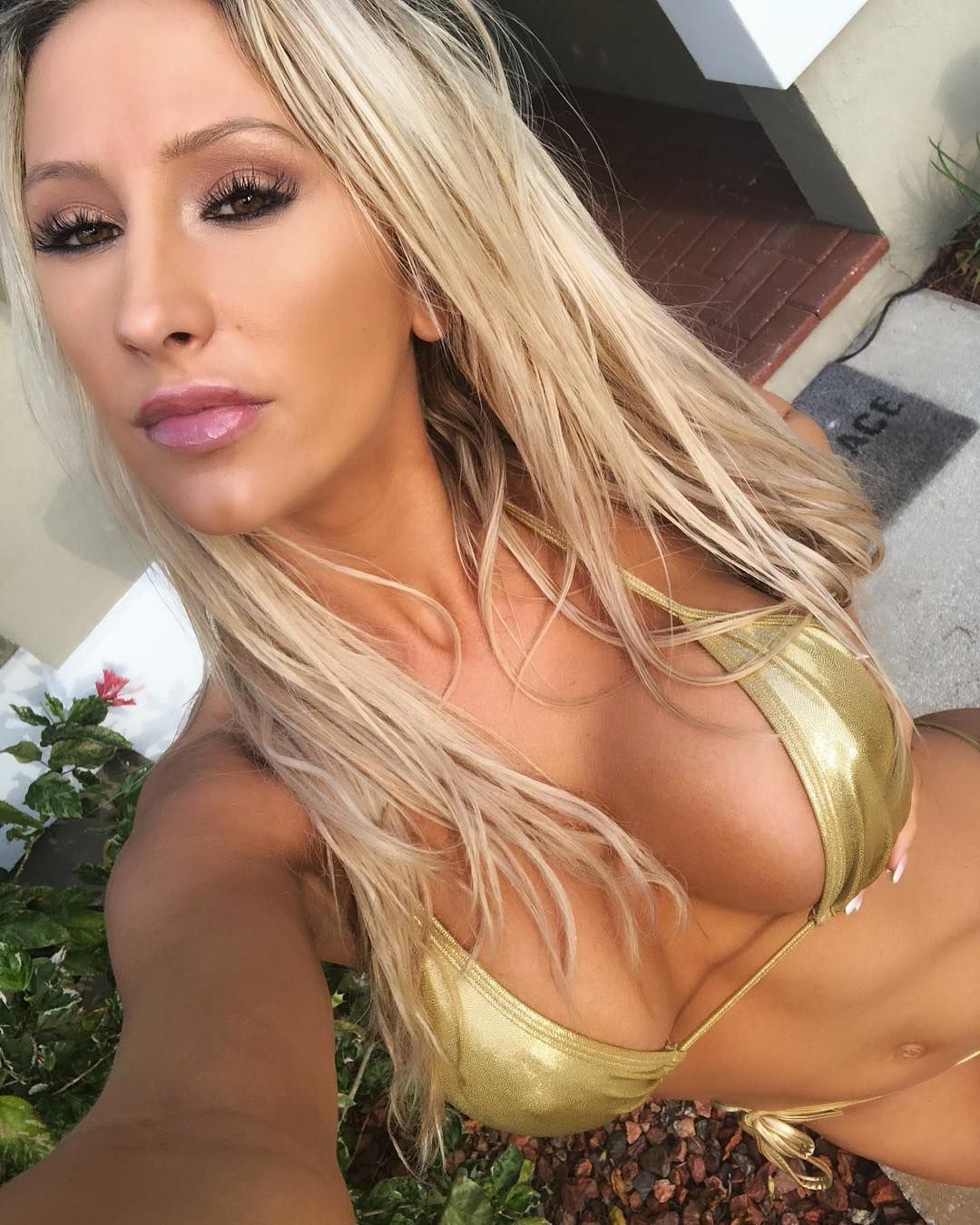 The busty blonde opted for a shimmering, metallic-gold bikini that made her ample assets pop even more. The string two-piece featured a plunging neckline that bared the entirety of her cleavage and more.

The set was complete with minuscule bottoms that dipped dangerously low in the front, only covering the bare minimum. The sides came up above her hips, accentuating Kayla's waist and exposing her legs.

Her toned tummy was on display, as were her tight abs that looked prominent through the slinky mesh.

Check out the sizzling-hot look below! 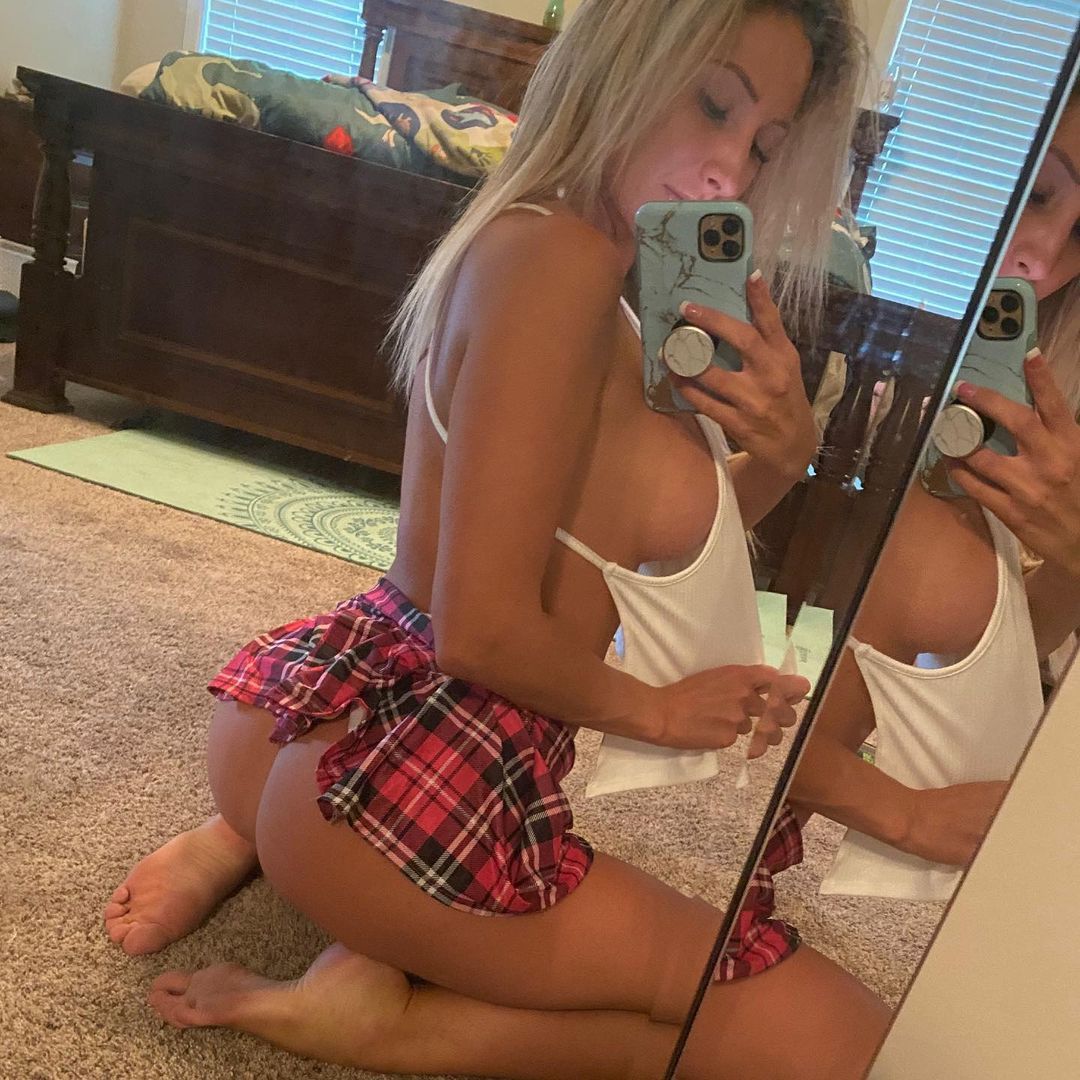 Kayla served up a sexy show of her insane figure as she rocked her hips and caressed her thigh. The low angle and close proximity offered a great view of her assets, allowing fans to admire her killer curves in detail.

The babe pulled up her hair with her hand and peered into the camera with a sultry gaze. She teased fans by tugging on her bottoms, pulling at the side straps through her dress.

The smokeshow spotlighted her cleavage as she leaned forward and blew fans a kiss. She turned around to show off her cheeky side, shaking her booty and pulling up the dress to expose her pert posterior. 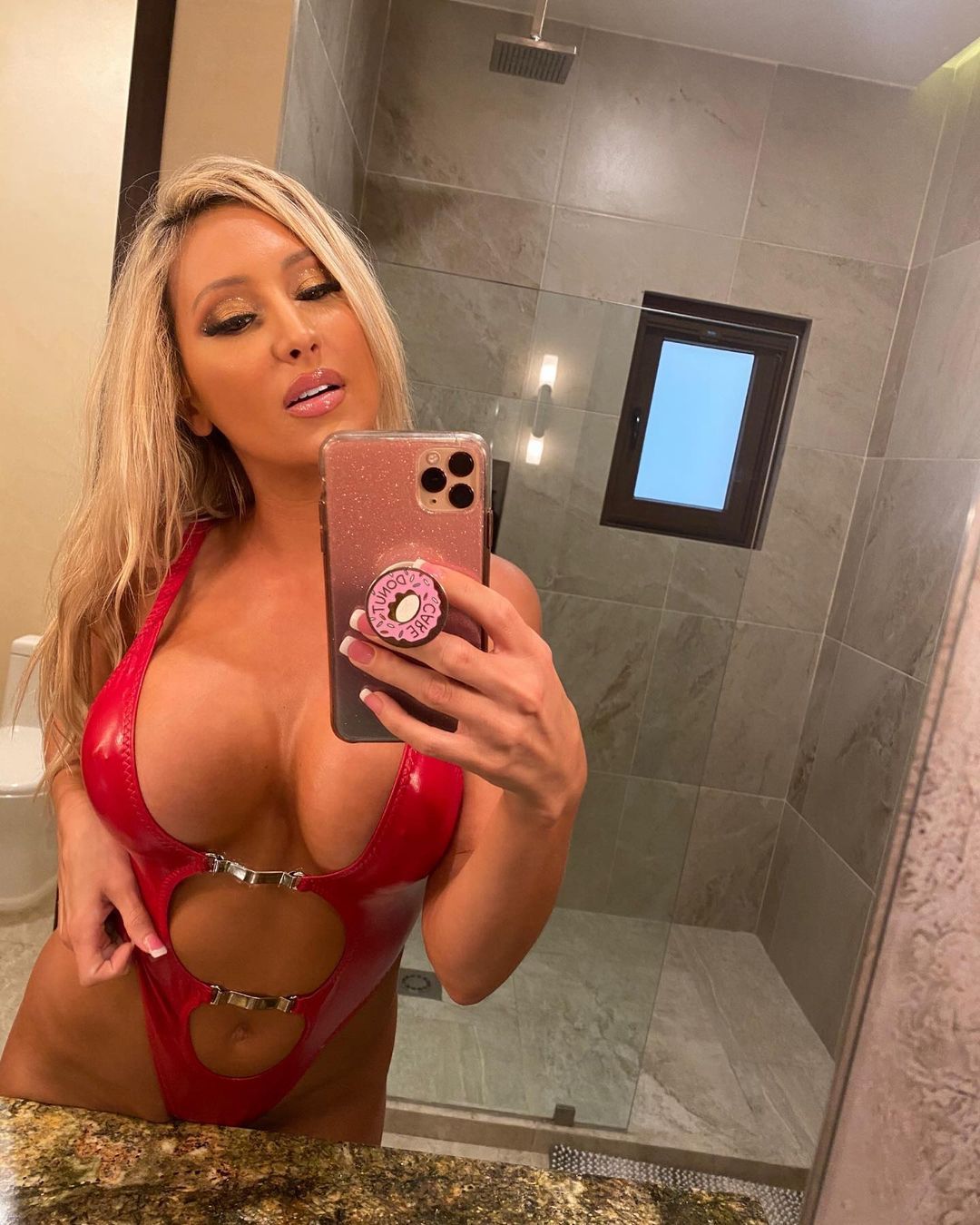 The model appeared to be in a bar and she was definitely not alone. At one point, a man wearing shorts and a baseball cap appeared in the background and made his way across the frame. He seemed oblivious to what was going on, and Kayla's fans were quick to point out that he was missing the view.

"Love how that guy actually walked by and didn’t even try to say hi, his loss," one person wrote in the comments section.

Kayla got flirty in the caption, asking followers what they would do if they saw her in public.

Their answers did not disappoint one bit, ranging from shy and gushing to brazen.

"I think I would be speechless cause ur stunning gorgeous and cute," said one Instagrammer.

"Most likely not take my eyes off of you," confessed a second user.

"Walk into a post looking at all of that hotness," quipped a third admirer.