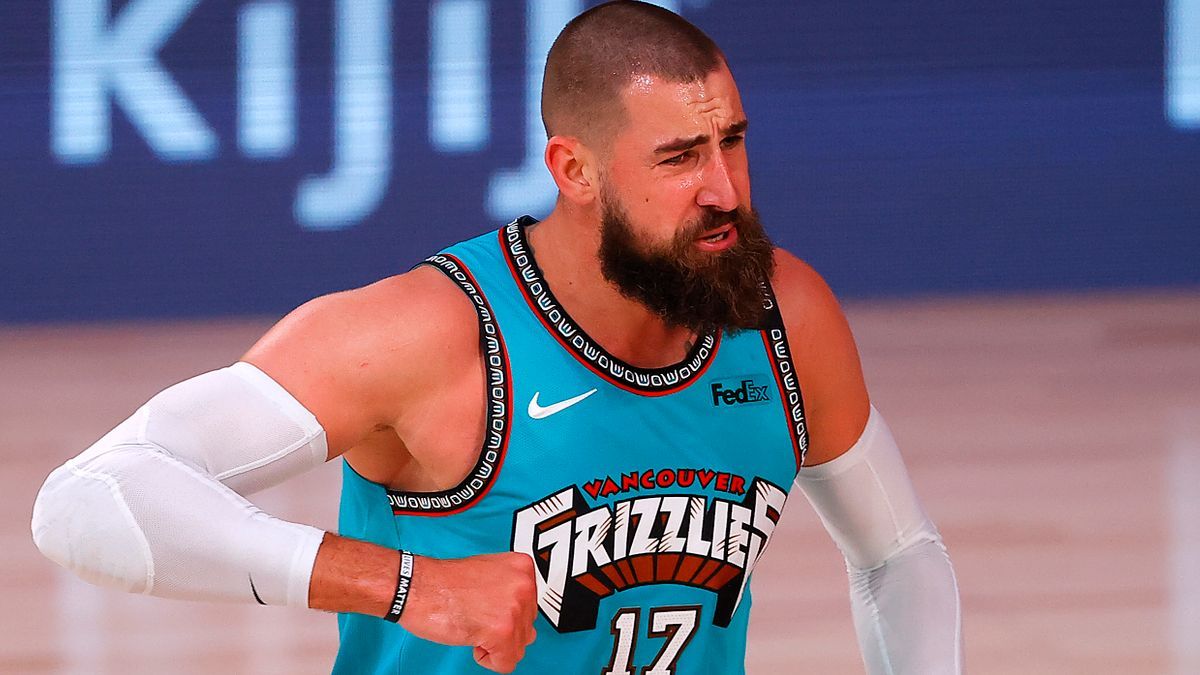 Thanks in part to James Harden’s arrival earlier this season via a four-team blockbuster trade, the Brooklyn Nets have emerged as one of the top contenders in the Eastern Conference, with their 24-13 record good for second place. However, the team’s perceived weakness in the middle has frequently been brought up as one of their biggest needs, given that Jarrett Allen was sent to the Cleveland Cavaliers in the Harden deal. As such, NBA Analysis Network recently proposed a trade that would allow the Nets to acquire Jonas Valanciunas from the Memphis Grizzlies.

The Nets May Need An Upgrade At Center 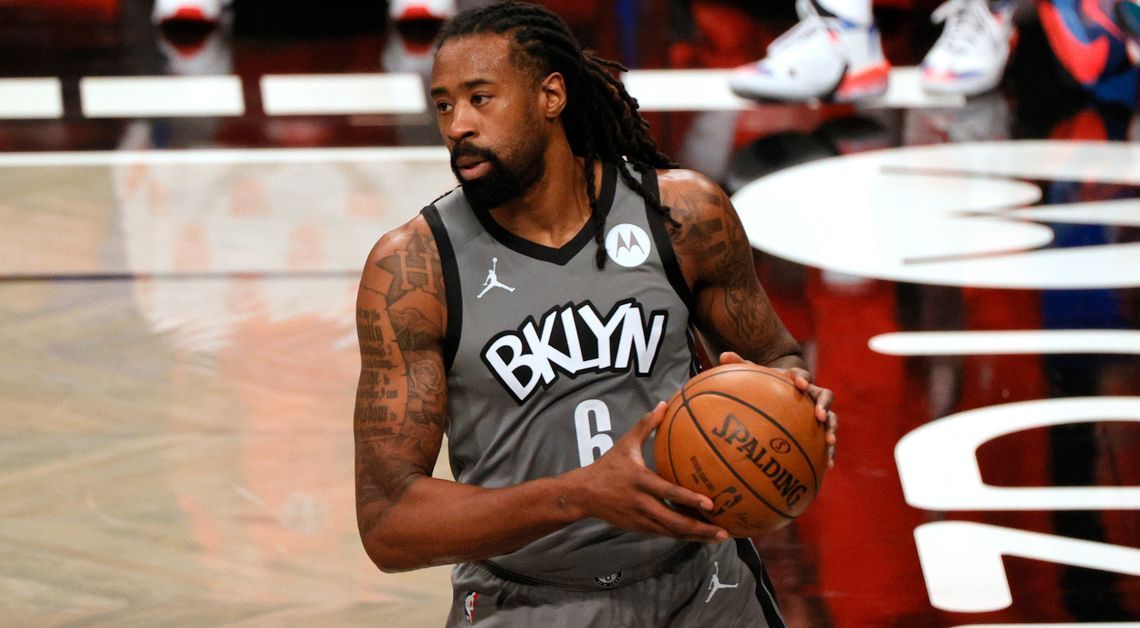 As covered by Forbes in February, veteran DeAndre Jordan regained the starting center job following the Harden trade but has often struggled on the defensive end, with his career seemingly on the decline.

In an attempt to add more depth in the middle, Brooklyn recently signed journeymen Norvel Pelle and Noah Vonleh, but as noted by the publication’s Mike Mazzeo, the Nets may need a “real frontcourt upgrade,” given how Jordan isn’t the only big man on the team whose defense has left a lot to be desired. 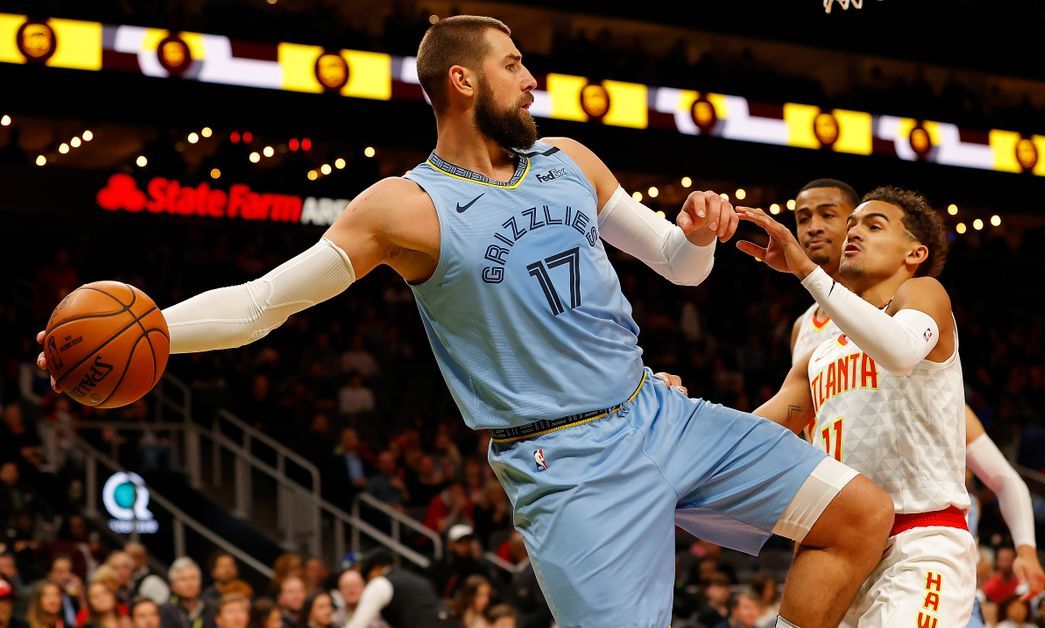 As proposed by NBA Analysis Network, the Nets could solve their problems at center by acquiring Valanciunas from the Grizzlies for guards Spencer Dinwiddie and Landry Shamet and backup big man Nicolas Claxton. The outlet stressed that the hypothetical deal would give the Nets a starting-caliber center with lots of experience, thus adding a “new dynamic” on offense and defense and potentially helping them make a deep run in the postseason.

Per Basketball Reference, Valanciunas is currently enjoying a productive season in Memphis, averaging 15.7 points and 11.3 rebounds and shooting 54.8 percent from the field.

Valanciunas Could Be A Solid Fourth Or Fifth Offensive Option 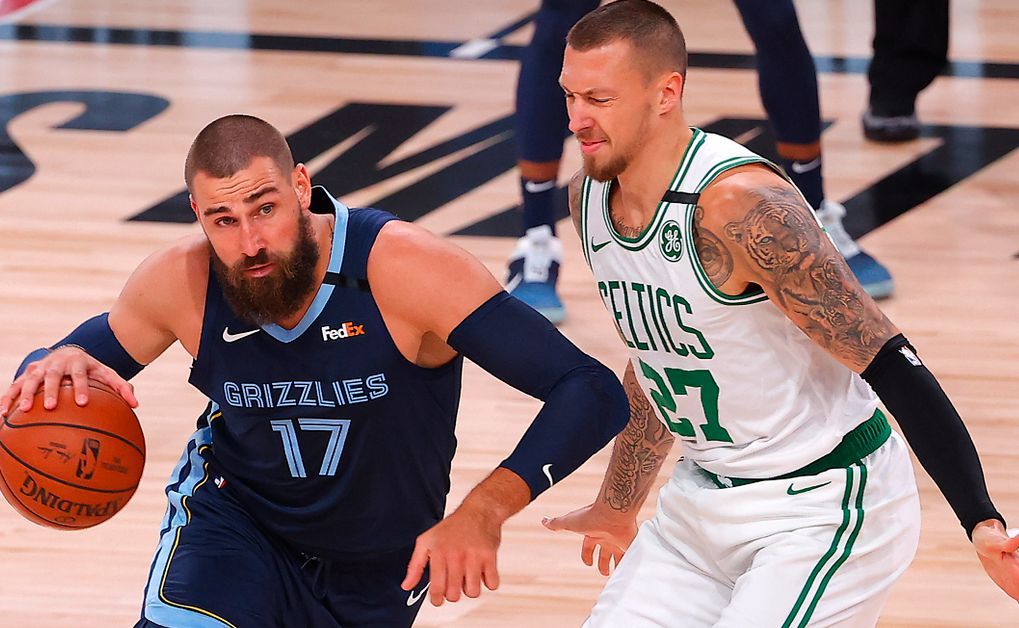 As further explained by the outlet, the Nets have no problem scoring from the perimeter, thanks to the big three of Harden, Kyrie Irving, and Kevin Durant and three-point specialist Joe Harris. But if the proposed deal becomes a reality, Valanciunas could add another dimension to the club’s offense through his inside game. His defensive ability was also mentioned as another selling point for Brooklyn.

“The addition of a productive big would just give them another option and weapon that opposing defenses have to worry about,” the site wrote.

Memphis Gets Backcourt Help In The Proposed Trade 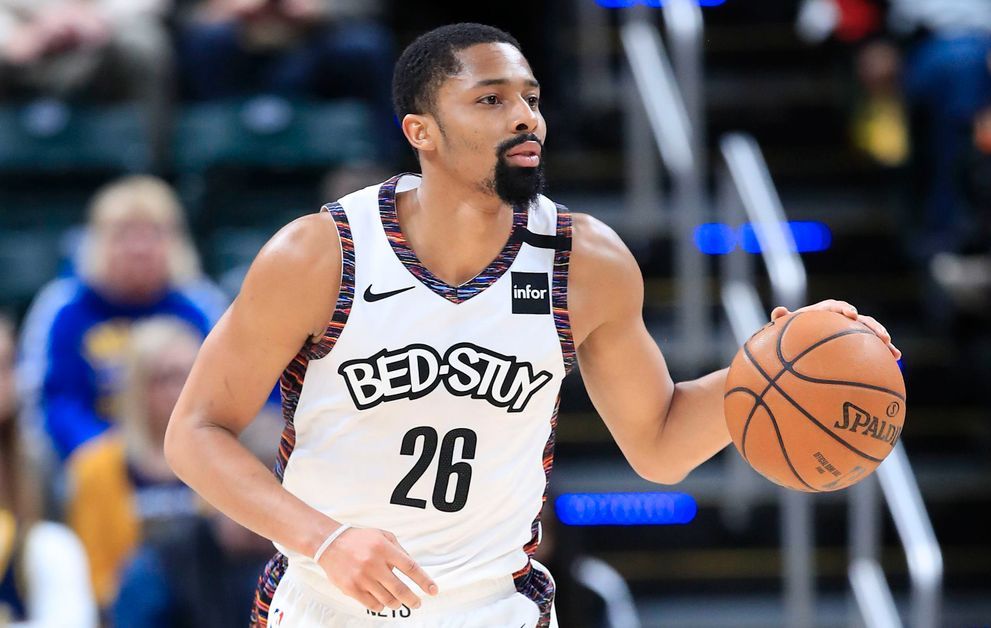 Although he suffered a season-ending ACL injury early in the 2020-21 season, Dinwiddie could turn out to be a useful player for the Grizzlies if the suggested transaction pushes forward. His combination of good ball-handling and strong off-the-ball play, per NBA Analysis Network, could make him a good complement to Ja Morant in Memphis’ starting backcourt once he gets healthy.

In addition, the publication noted that Shamet could also help the Grizzlies through his three-point shooting as they continue building for the future.