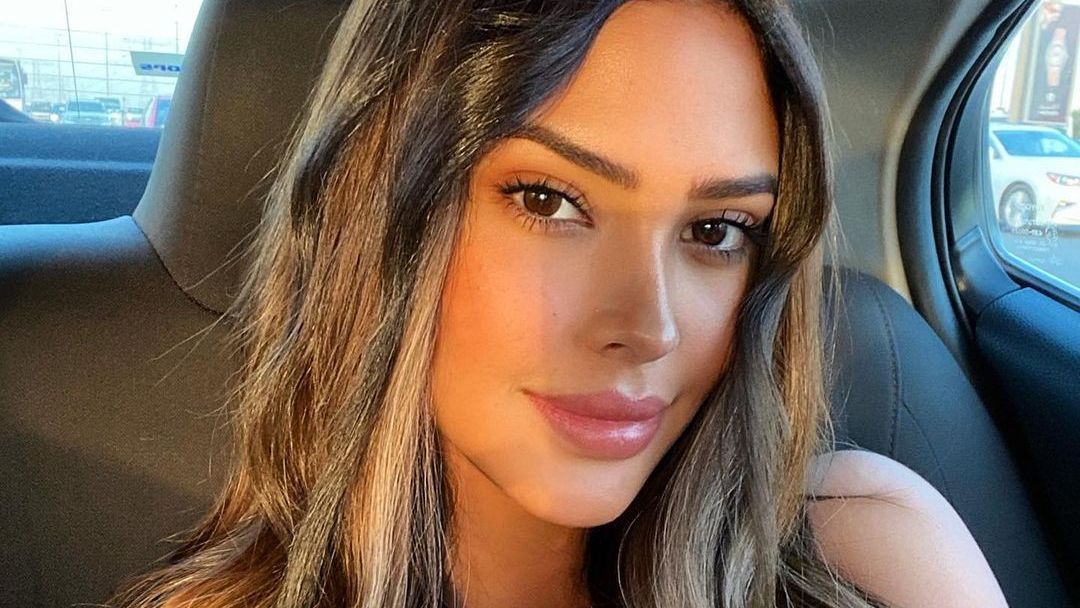 Mexican hottie Ana Paula Saenz put her bodacious figure on show in a smoking-hot update added to her Instagram page on Monday, March 1. The Dubai-based influencer posed in revealing lingerie, titillating her 1.4 million followers with her mouth-watering curves.

Ana looked appetizing in a high-cut teddy that exposed her thick thighs and hips. The babe drew attention to her "big legs" in the caption, initiating a frenzied response from her fans. More than 1,360 of her supporters flocked to the comments section to praise Ana's voluptuous attributes.

"And there's [sic] not a damn thing wrong with them... not anything," assured a second fan.

The sizzling photo is embedded below, so scroll through to take a peek! 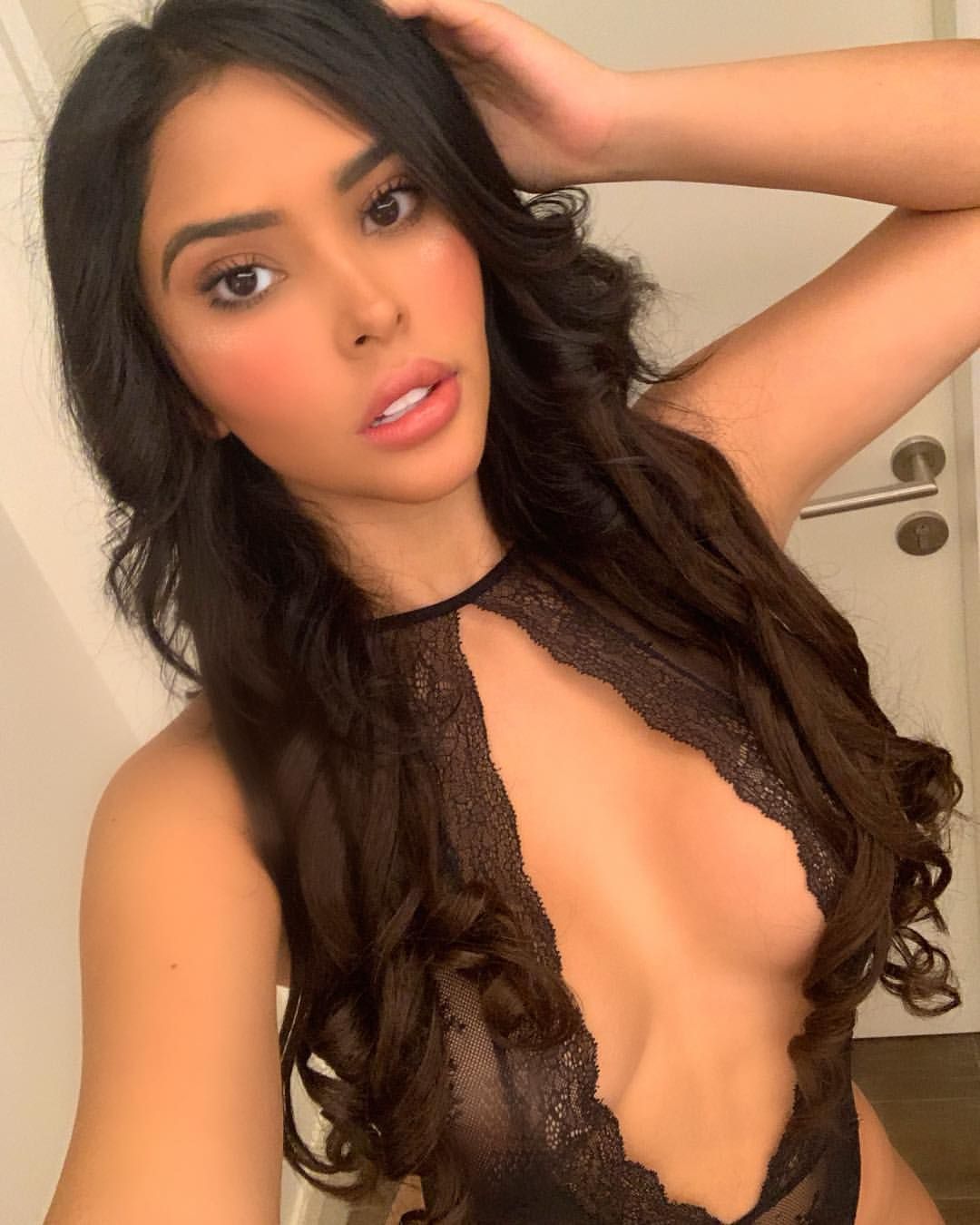 Ana seduced the camera in a sexy black teddy that flattered her faultless hourglass frame. The one-piece was made out of a see-through lace fabric that left her shapely chest well within view for her audience to admire. Well-defined cups provided support to her busty assets, while an elegant floral print made little effort to censor her curves.

The garment clung tightly to Ana's body, emphasizing the 22-year-old's lean yet sinuous physique. The midsection was embellished with an eye-catching netted panel that teased her abs.

Meanwhile, the bottoms were crafted out of sheer mesh and sported fringed trimmings along the waistline, which dipped daringly past her navel, creating a dramatic v pattern. Long, fitted sleeves accentuated her slender arms. 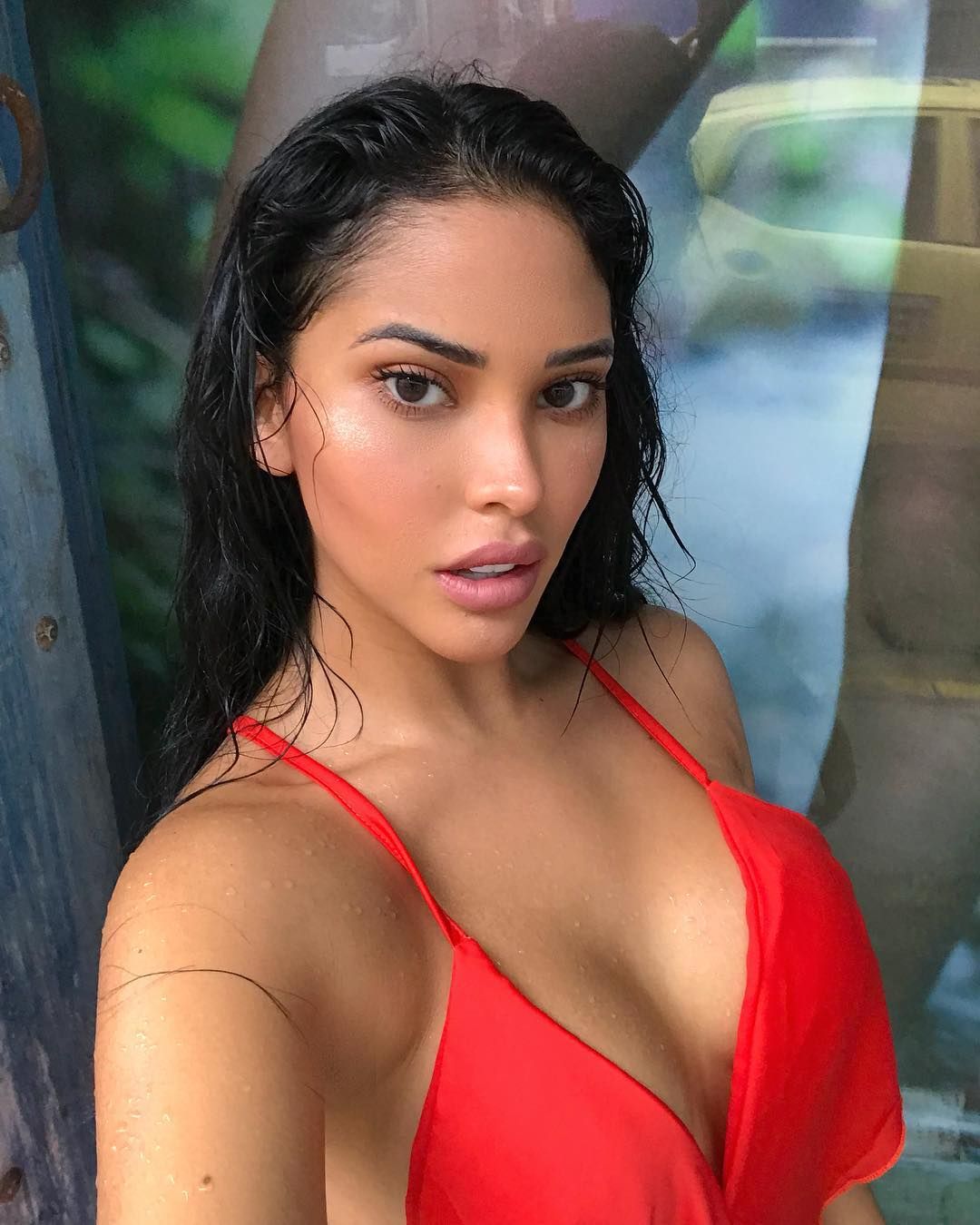 The Bang Energy model posed by a sunlit window, banking on the golden rays to make her outfit pop. She sat with her knees open, leaning back on one hand and placing the other palm on her bare thigh. Sunlight illuminated her curvaceous core, luring the gaze to her lush legs and ample décolletage.

Ana seductively arched her back and shot a fierce stare at the camera. Her plump lips were slightly parted in an alluring expression. Her long tresses framed her face, accentuating her striking features. The model brushed her hair over her shoulders, letting her locks graze her bosom as they fell down to her waist. 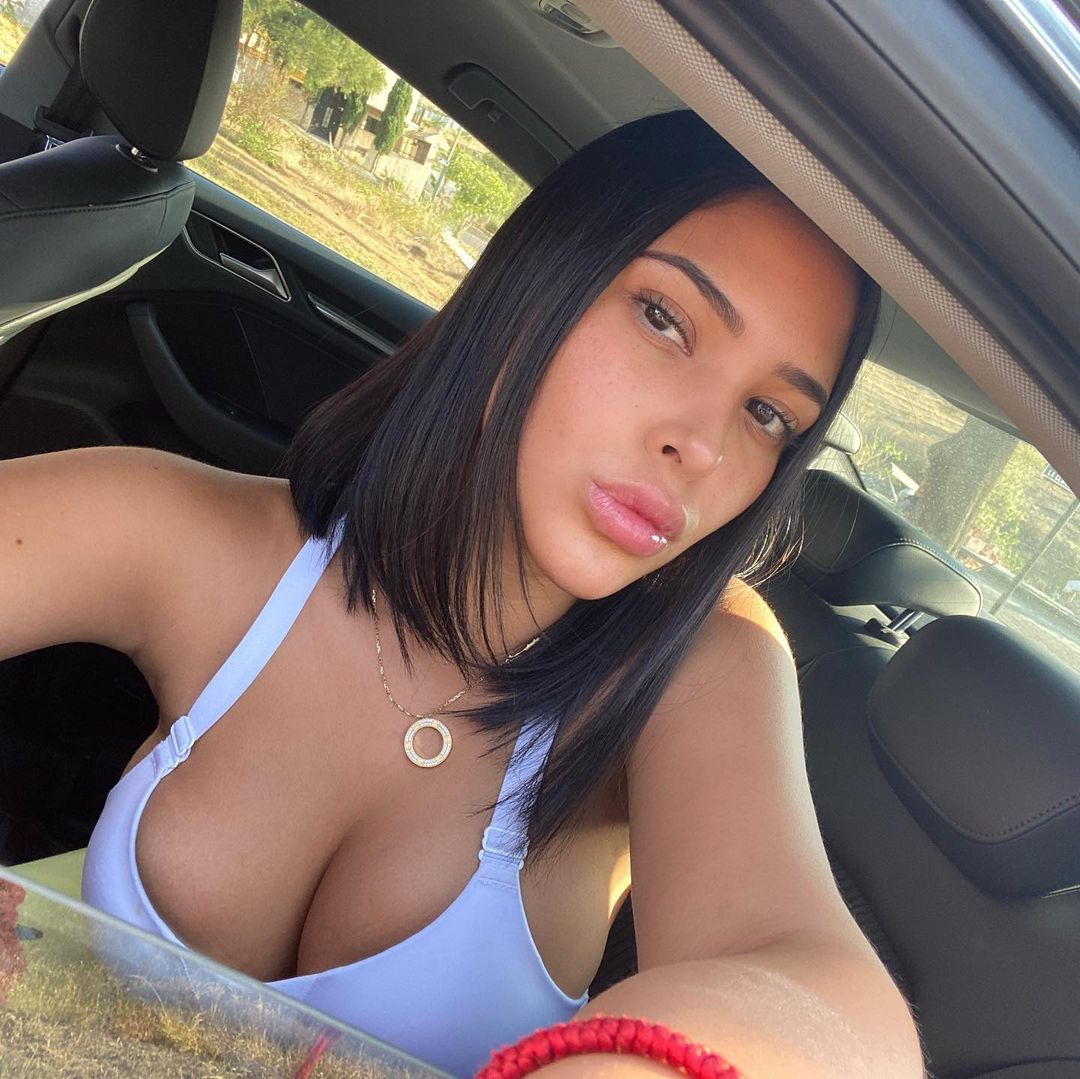 While the focus may have been on Ana's thighs, the buxom brunette also flaunted her deep cleavage in the provocative lingerie. The look included a plunging neckline adorned with scalloped lace and dainty fringes, which directed plenty of attention toward her generous bust.

Ana further highlighted her décolletage with a chic pendant that complemented her bronzed tan. She kept her accessories minimal, letting her curves do all the talking.

The gorgeous Latina originally debuted the outfit in a double update shared on February 28. In that upload, she sprawled out on the floor, flashing her thong-clad buns and revealing the off-the-shoulder design of her lingerie. 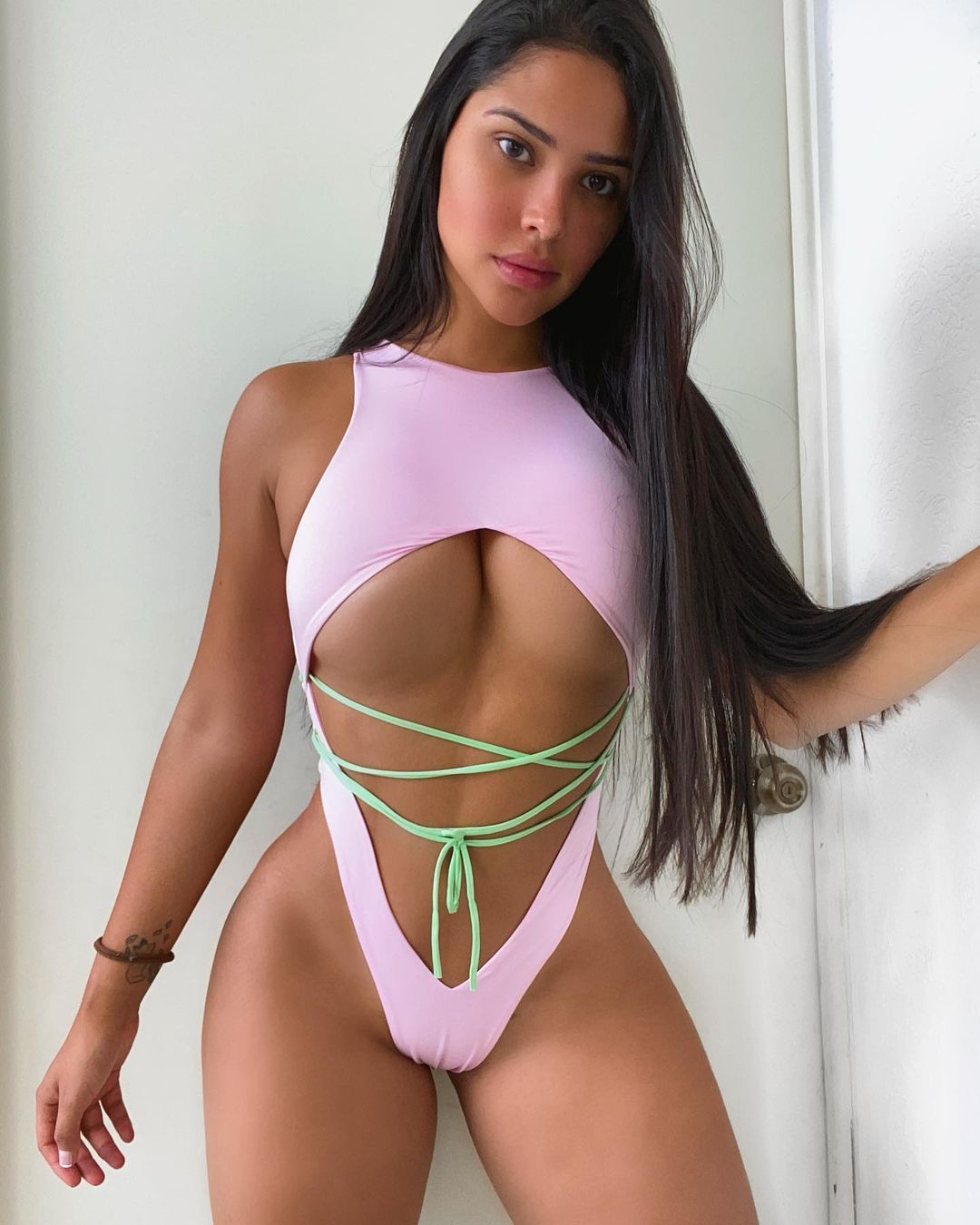 Ana's online admirers went crazy over the sultry share, which seemed to have caused a stir with her followers. The picture was liked more than 102,500 times, making it one of her most popular posts.

Fans flooded the model with compliments and loving emoji to express their fascination with her "mesmerizing" beauty.

"Absolutely gorgeous!!!! Wow you look amazing!!" gushed one Instagram user, adding a trail of flames followed by a kiss and a rose.

"If you are as smart as you are beautiful you are the total package indeed!" raved another devotee.