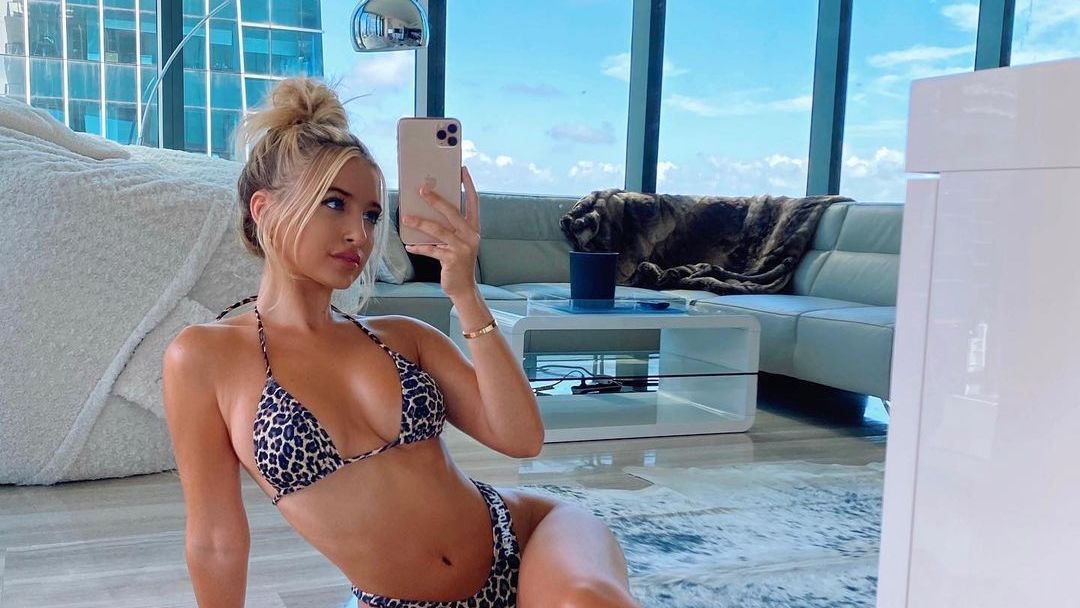 Miami-based hottie Jilissa Zoltko added sizzling new snaps to her Instagram feed on Tuesday, March 2. The model, who is also known as the “hot law student,” shared sexy pics of herself lounging poolside. The 23-year-old influencer displayed plenty of skin while sporting a light mint bikini. She was mostly smiling in the pics while flaunting her figure in various poses.

In a recent report by The Inquisitr, Jilissa published two sultry images that showed her rocking a light-colored lingerie set that displayed her enviable assets and curves.

She Looks Great In Any Print 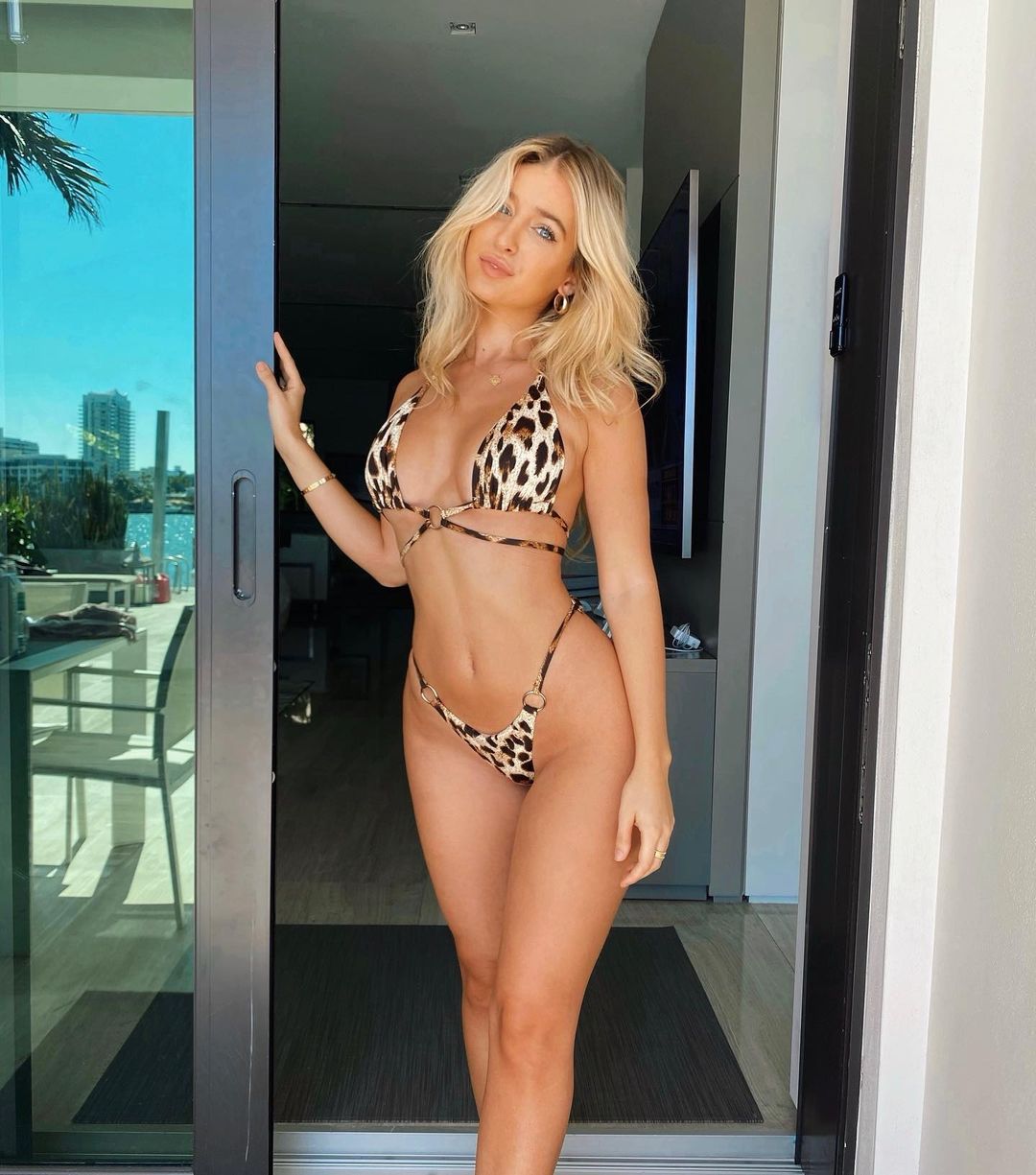 Jilissa wore a two-piece swimsuit from Oh Polly Swim, a well-known brand among influencers. She gave credit to her swimwear sponsor by tagging the retailer's Instagram profile in the caption and picture.

The bikini top boasted floss-like strings that were attached to the small triangle cups that were a bit too tiny for her shapely breasts. It fit her chest, but she spilled out of the sides, exposing a hint of her sideboob. The piece also showcased major cleavage from its deep V neckline.

Hot In Every Color 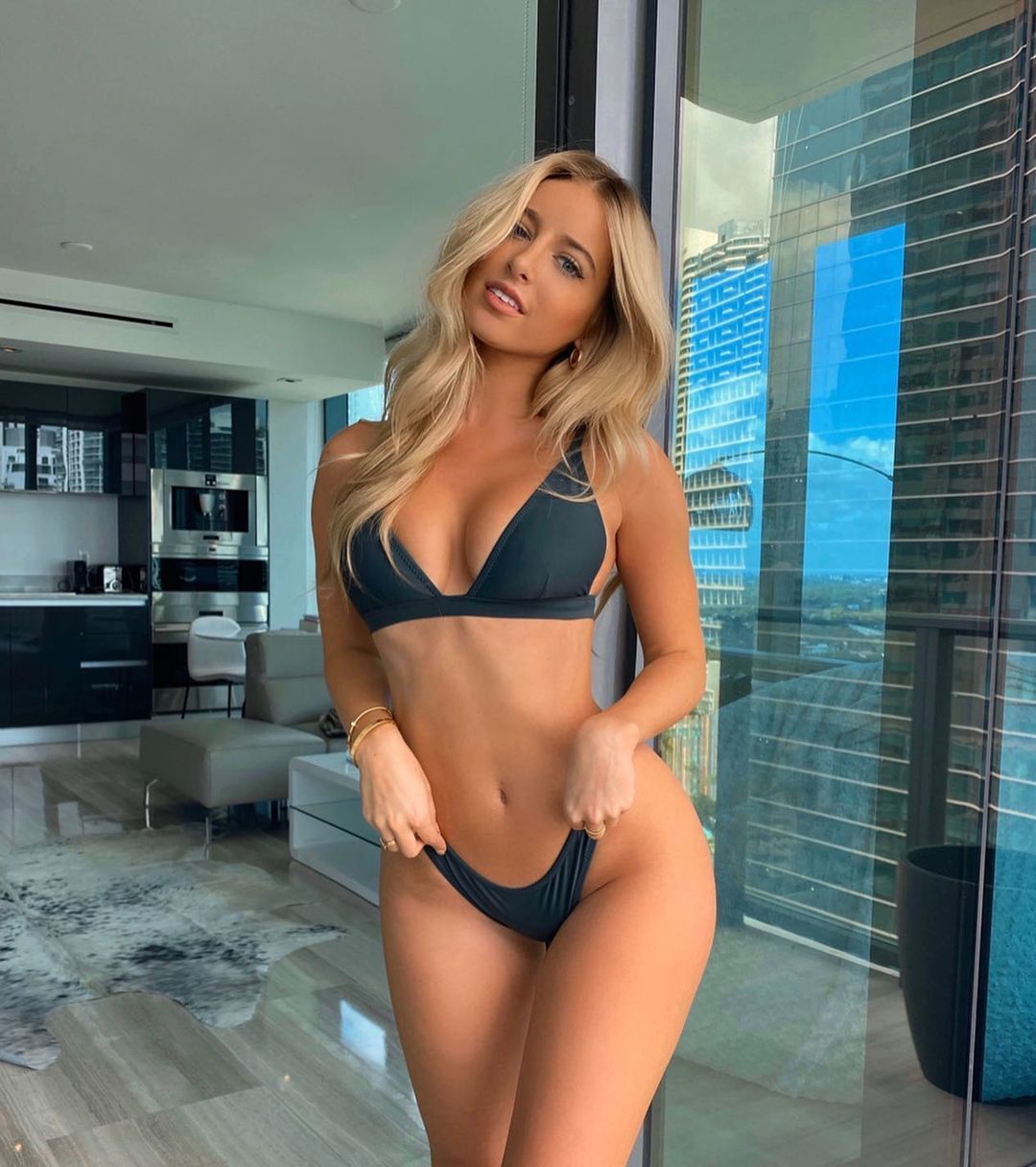 The internet personality wore a matching pair of bottoms. Like the top, it had strings that clung around her waist and backside and a tiny piece of cloth that covered her vital parts. The thong design allowed Jilissa to display her round booty, which was adored by fans.

In the first snap, she sat on the edge of the swimming pool as she leaned to the side and placed her right hand on the floor. She dipped her legs in the water, and one of her knees was bent. The babe stared at the camera with a closed-lip smile. 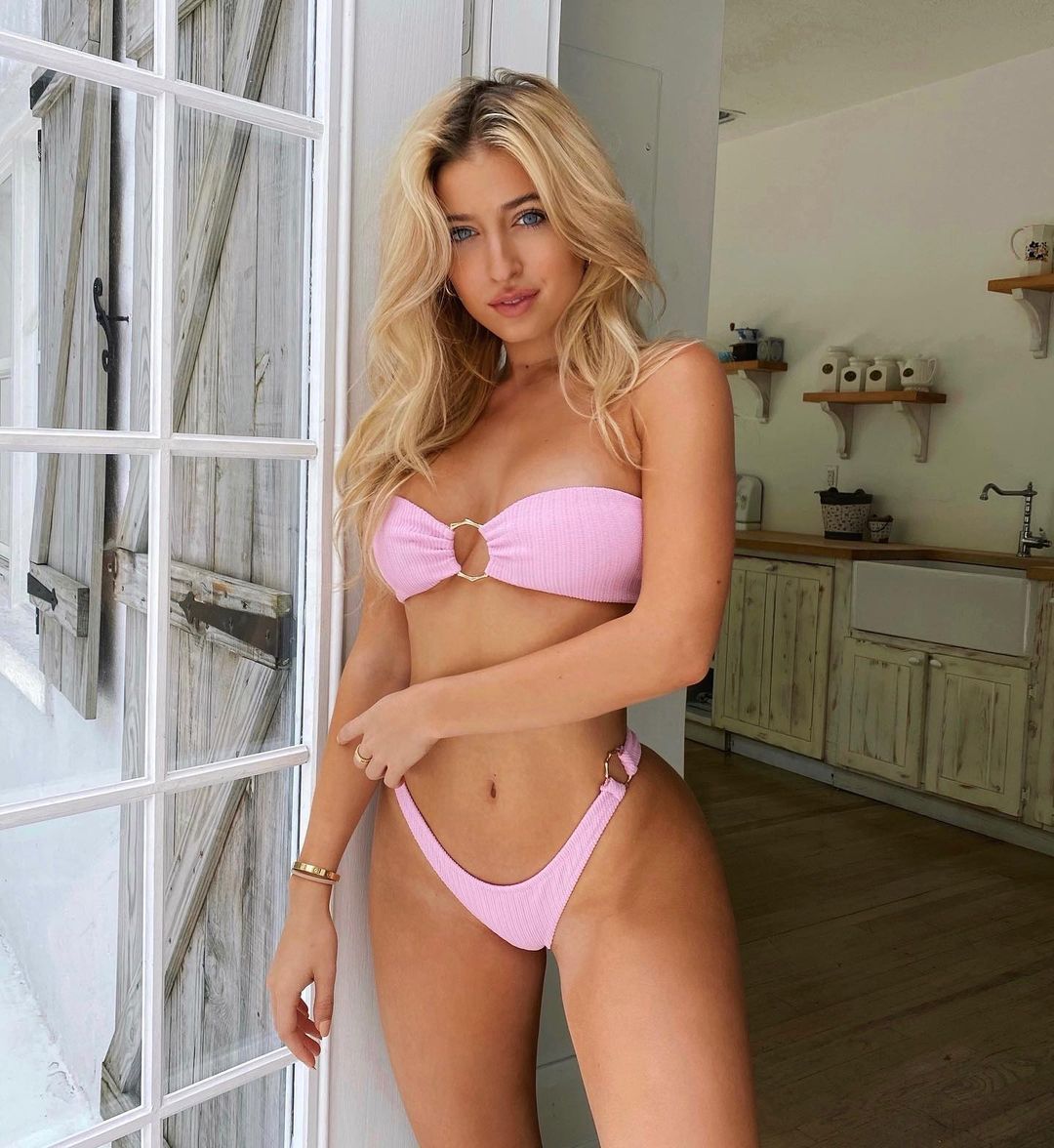 The second pic featured Jilissa in a similar stance. She looked to the side with a big smile on her face and her teeth were showing. The next two shots showed the model sitting on another side of the pool where her toned backside was seen in the camera. In one of the pics, she gazed at the photographer, while the other image seemed like a candid shot.

The sun was not so bright during her pictorial, but her skin still looked radiant and glowing. 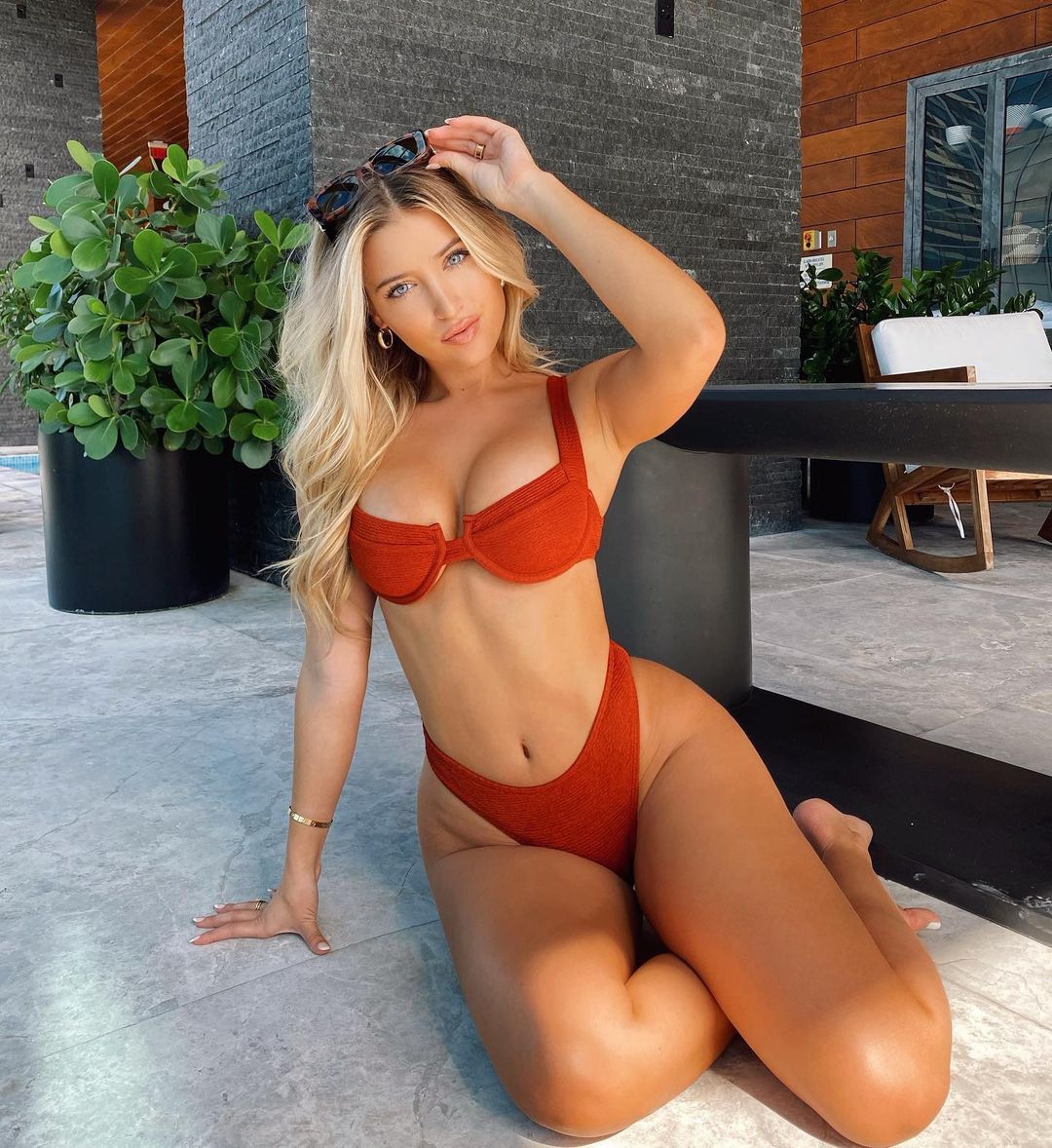 Like most of her pictures, Jilissa opted for a center part and had her locks styled in soft, wavy curls. She wore two necklaces, rings, and a bangle as accessories.

The four-photo update quickly became a hit online. In less than a day of going live on her social media account, the pics received more than 55,700 likes and about 754 comments that were mostly gushing messages from fans. Other followers also talked about her naturally beautiful facial features, pointing out her nose and eyes.