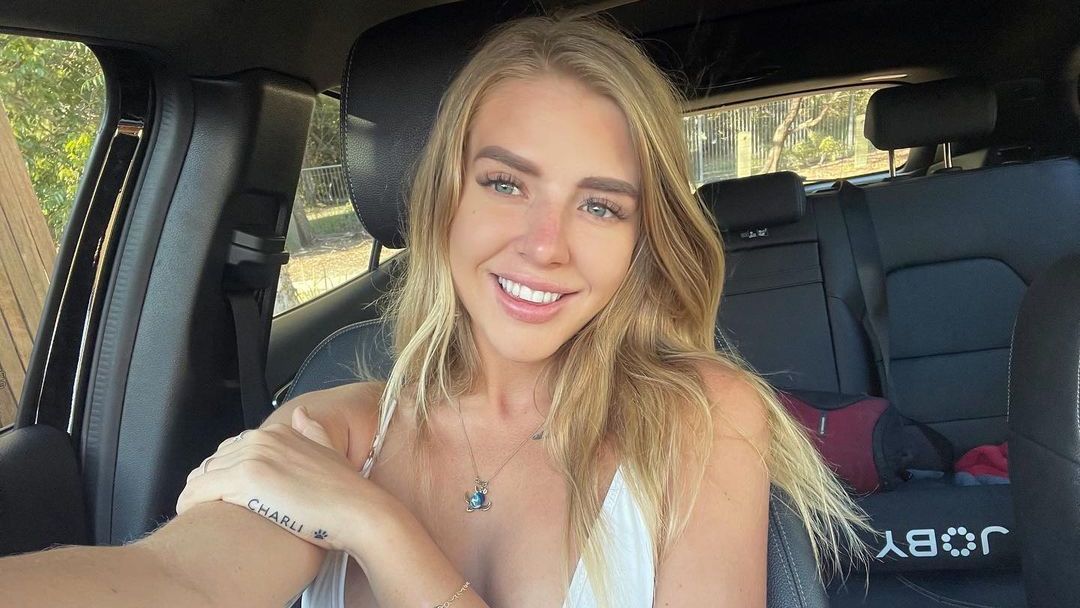 South African model and influencer Jade Grobler took to Instagram on Tuesday, March 2, to upload a new snapshot that showed her flashing her pert derriere while taking an outdoor shower. The 23-year-old rocked a skimpy two-piece swimsuit that left her fans drooling.

Jade spent the day outdoors, basking under the bright sunshine in nothing but her bikini. Most of her fans know she loves adventures in near and far places. In the latest update, she was seemingly at the beach having fun.

She Loves The Beach 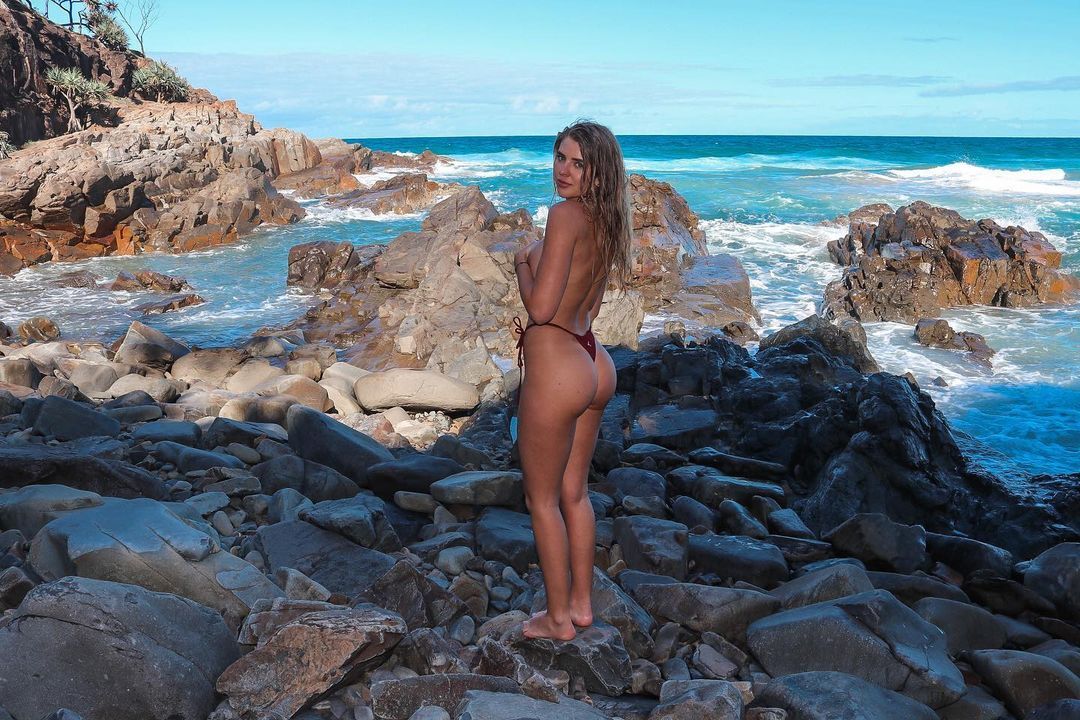 Jade opted to wear a mismatched bikini. From her past uploads, the model likes to mix-and-match her swimwear, and they all look fabulous on her.

She wore a striped bikini top. It had black, brown, and white colors that looked amazing on her sun-kissed skin. The front seemed padded but was cut so small that her sideboob could be seen from the side angles. The garment featured adjustable straps that hung over her shoulders, highlighting her toned arms. It also had thicker straps that were tied behind her back.

Always In A Bikini 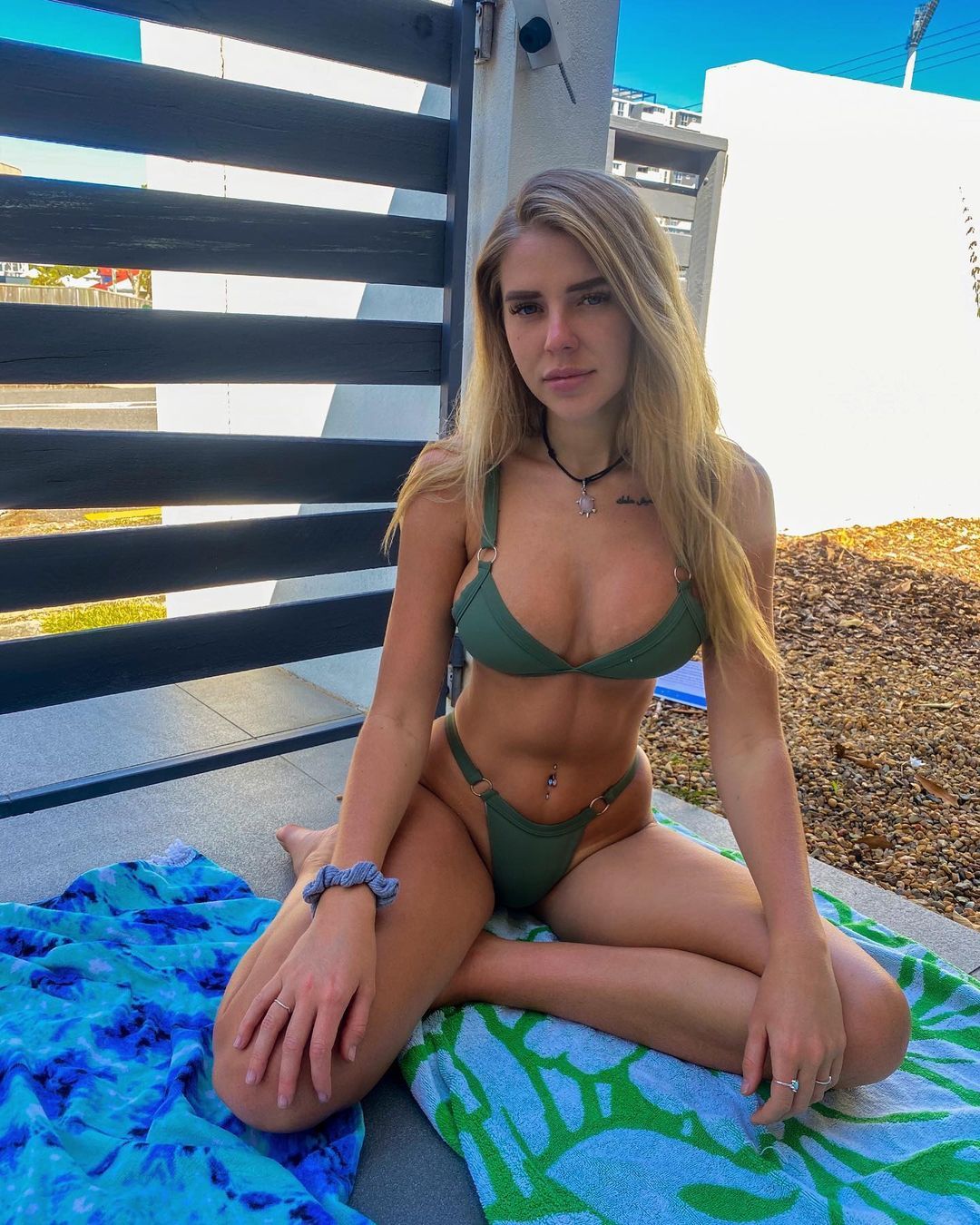 The blond hottie wore black bottoms that were even more revealing. The thong had double straps that formed the waistband, clinging to her waist just above her hip bone. The back part showcased her perky booty, and the low-cut front displayed tremendous skin across her flat midsection. There was a small X print in white on the backside of the swimwear. Her legs seemed longer, thanks to the high-cut design.

The dark-colored thong was the perfect match to the top since the upper garment also had black hues. 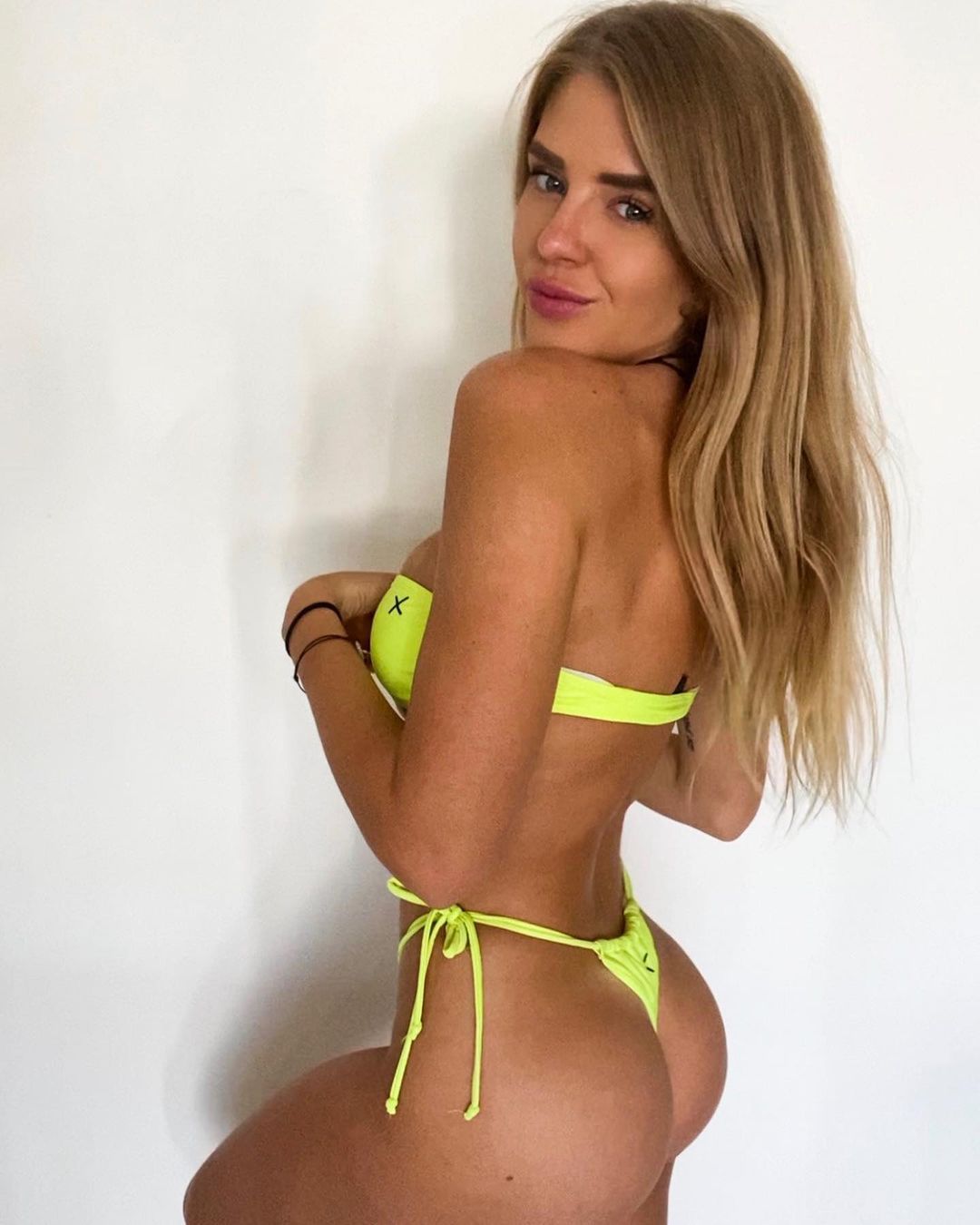 In the photo, the Australia-based model was dripping wet as she posed for the camera in the shower. She stood sideways with most of her backside shown in the picture. Her stance flaunted her round buns, which a lot of her viewers liked. The babe had the water running with the droplets pouring on her chest and the rest of her body. She looked over her shoulder and directed her gaze at the lens. She offered a big smile that showed off her perfectly-lined teeth. Her skin looked red from the sun exposure.

Showing Off Her Flawless Skin 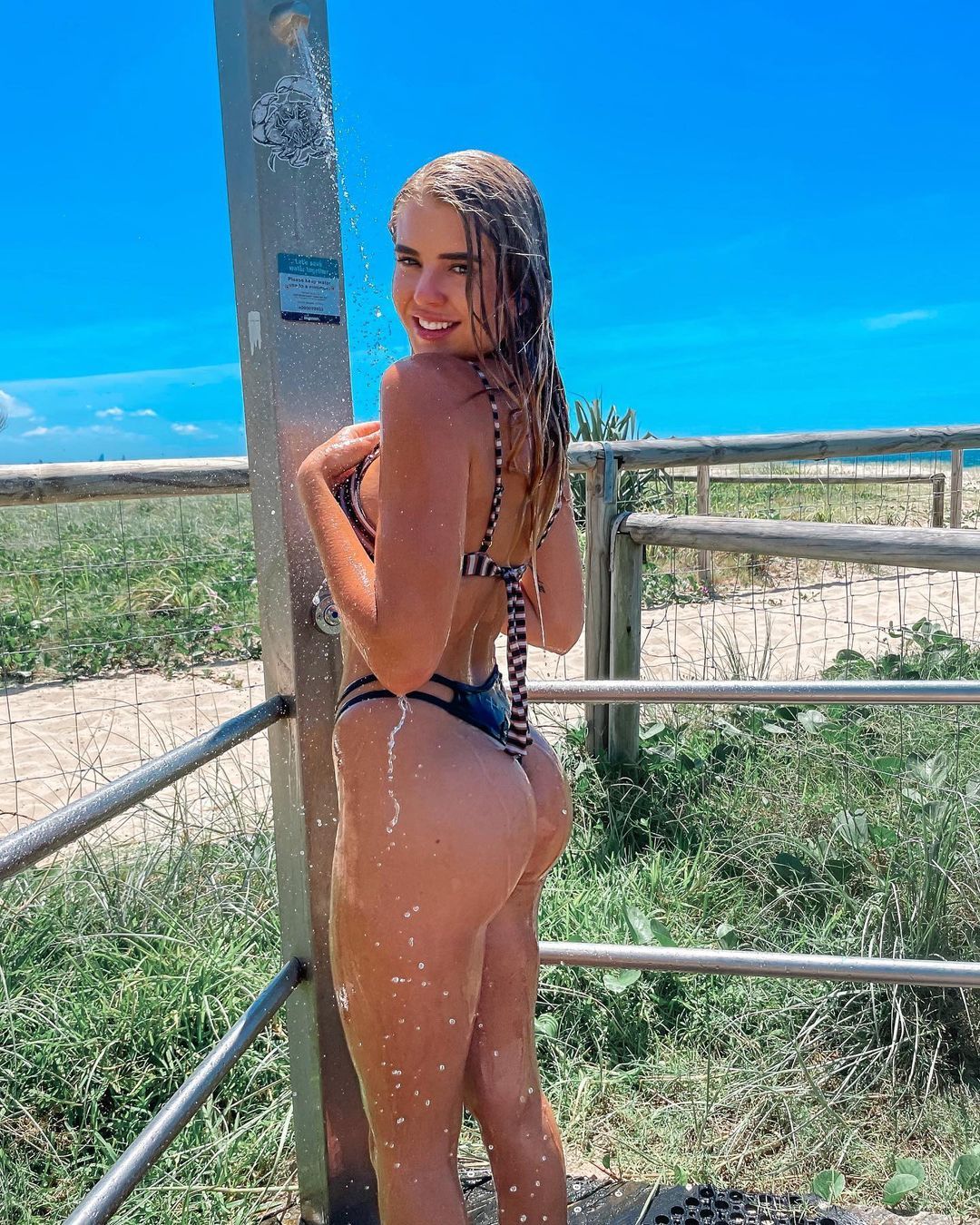 The background was filled with lush greenery. The blue sky and the white sand were also visible in the image.

Jade left her blond tresses down and wet. The long, straight strands mostly fell on her back.

In the caption, Jade dropped a beach with umbrella emoji, which indicated she was near the sea.

The latest bikini share received a lot of love from her online audience. It amassed more than 25,000 likes and 230 comments. Fans and followers went into the comments section and dropped gushing messages and emoji.