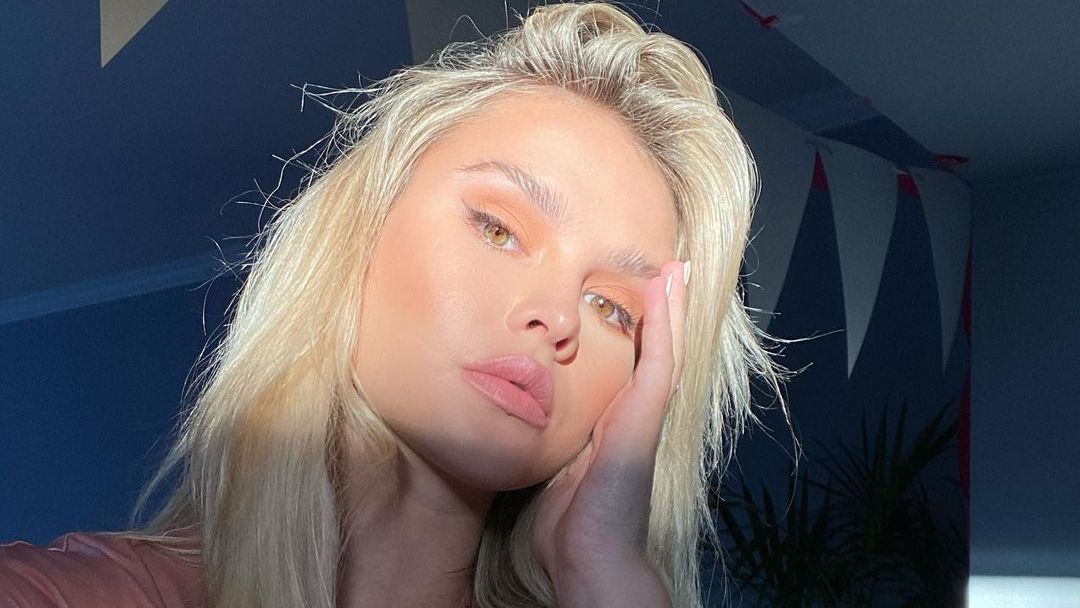 Kinsey Wolanski appeared to be ready for adventure in the photo that she shared with her 3.7 million Instagram followers on Tuesday, March 2. However, the model's bikini top looked like it might not be able to contain her enormous chest if she moved around too much. She wrangled her curves into a skimpy string swimsuit for a photo op that awed many of her fellow content creators. The bevy of other busty models who professed their admiration for Kinsey included Lyna Perez, Khloe Terae, Alexa Dellanos, Abby Rao, and Mariana Morais.

Ready To Conquer With Killer Curves 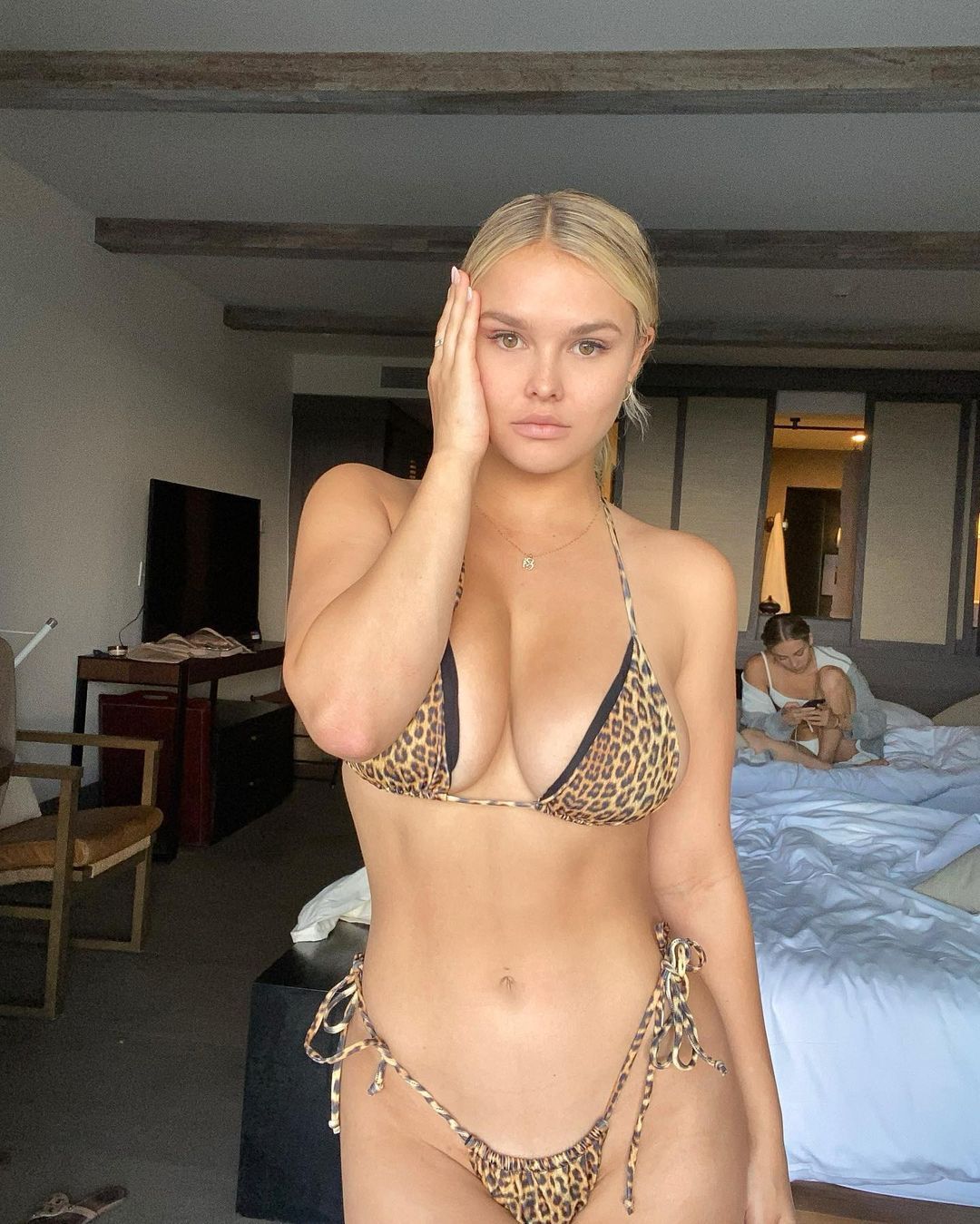 In her caption, Kinsey asked her Instagram followers a question.

"You down to conquer the world together?" she wrote.

The blond bombshell looked prepared to take on just about anything as she struck a power pose in a look that not everyone could pull off. She stood with her legs spread a bit more than shoulder-width apart and her right foot angled out. Her left hip was slightly cocked. She proudly threw her shoulders back and left her arms down at her sides while flashing a fierce facial expression. 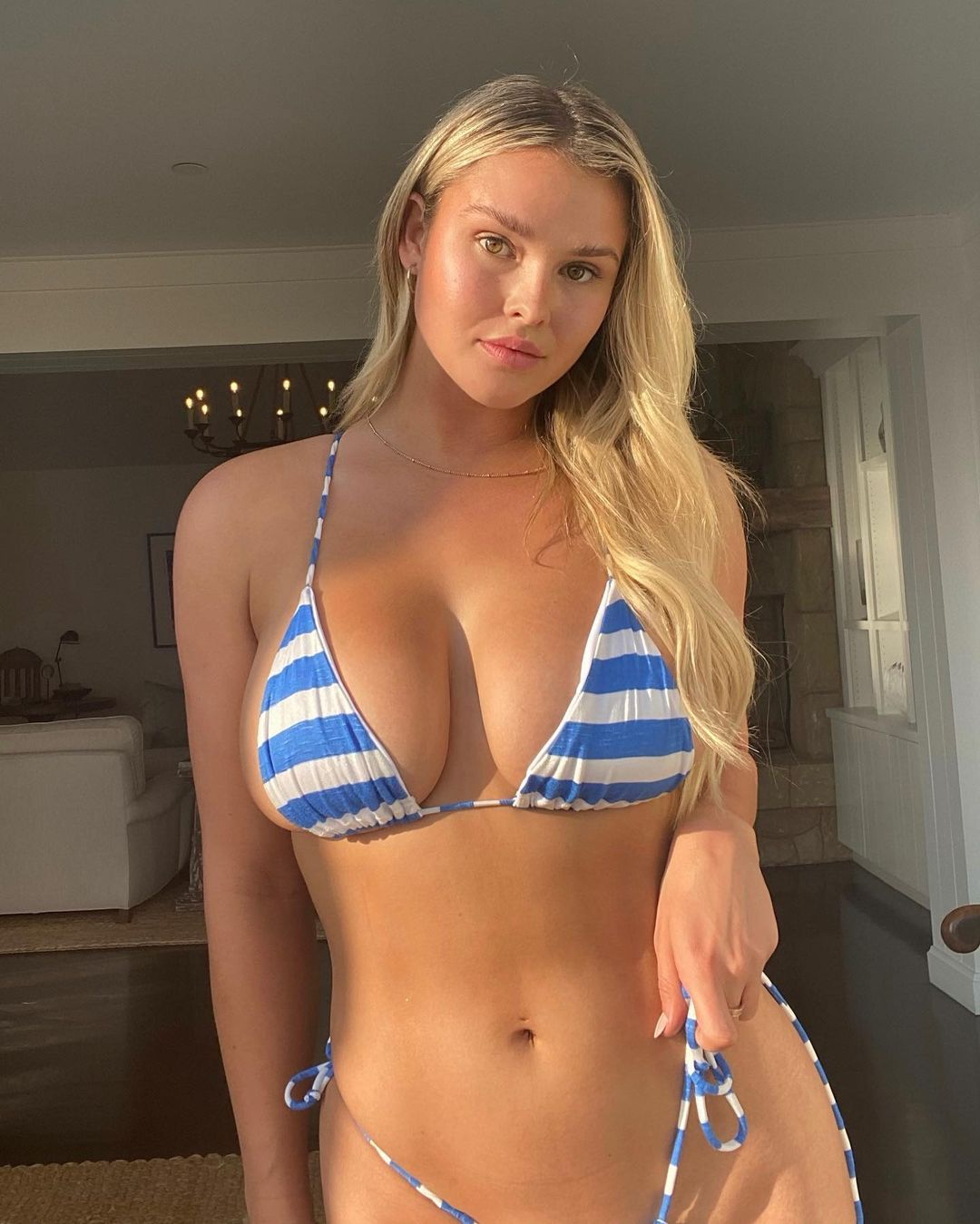 Kinsey dared to bare a dangerous amount of cleavage in a teenie yellow string bikini. Her chest spilled out of the center, sides, and bottom of the slinky garment. The piece had sliding cups, and she took full advantage of its adjustable design by scrunching them up to expose even more skin.

She wore a matching pair of scanty side-tie bottoms with a teasingly low front. They were visible beneath her white sheer pants, which looked feather-light. The trousers had wide legs and a high waist that highlighted her hourglass shape. They were paired with a matching open-front shirt. 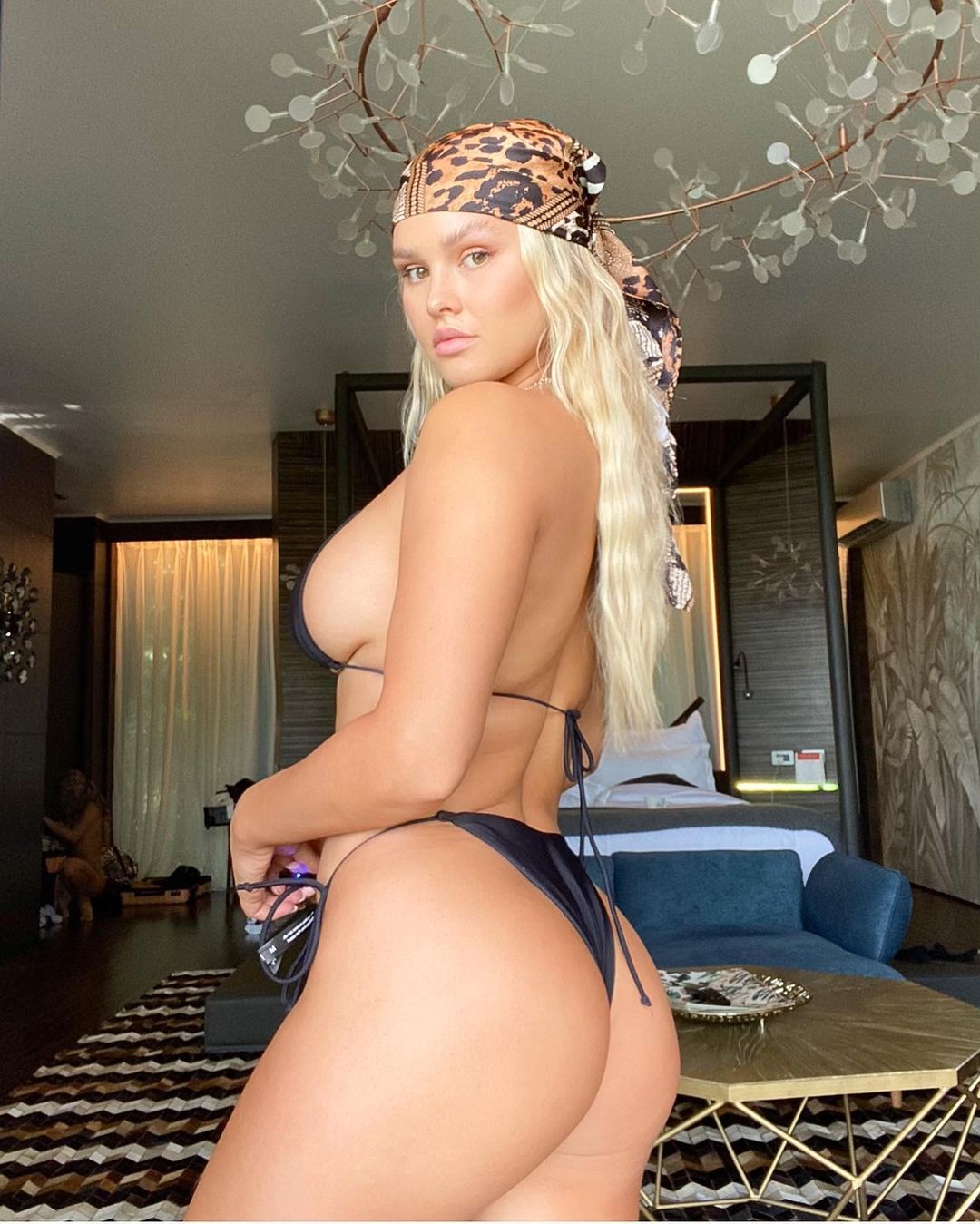 Kinsey wore her blond hair pushed to the side. It was styled straight, and it looked wet near the roots. She held a straw hat in her right hand. Her other visible accessories included stacked necklaces and a small pair of earrings.

She posed on a white stone walkway. Behind her, there was a towering brick wall with a wooden gate. It was open to reveal a wider paved area in front of dense tropical plants, including a small green hedge and numerous palm trees. 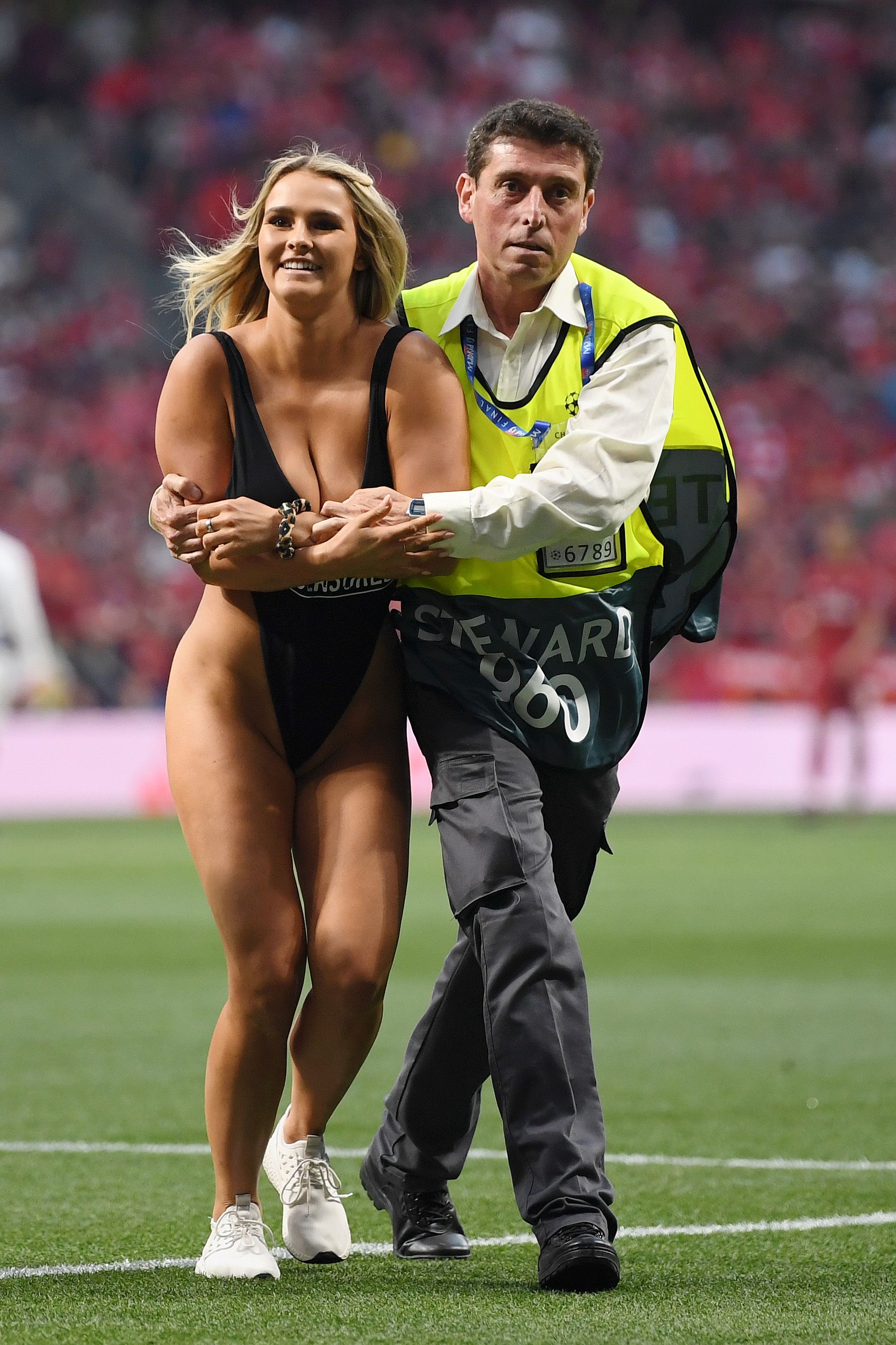 Kinsey first gained fame by wearing a thong bodysuit and streaking across a soccer field during the Champions League final in 2019. She garnered so much attention for the stunt that she told The Sun that she expected to retire by age 30. The streaker took her fifteen minutes and ran with it, turning her initial brief brush with celebrity into a lucrative gig as an influencer and helicopter pilot. Her appeal clearly has not worn off, as evidenced by the 150,000 likes her latest post has racked up.

"Those t*ts conquer anything lol," read one response to her post.

"Your best photo," another remarked.

"You gotta be an angel in disguise," a third wrote.