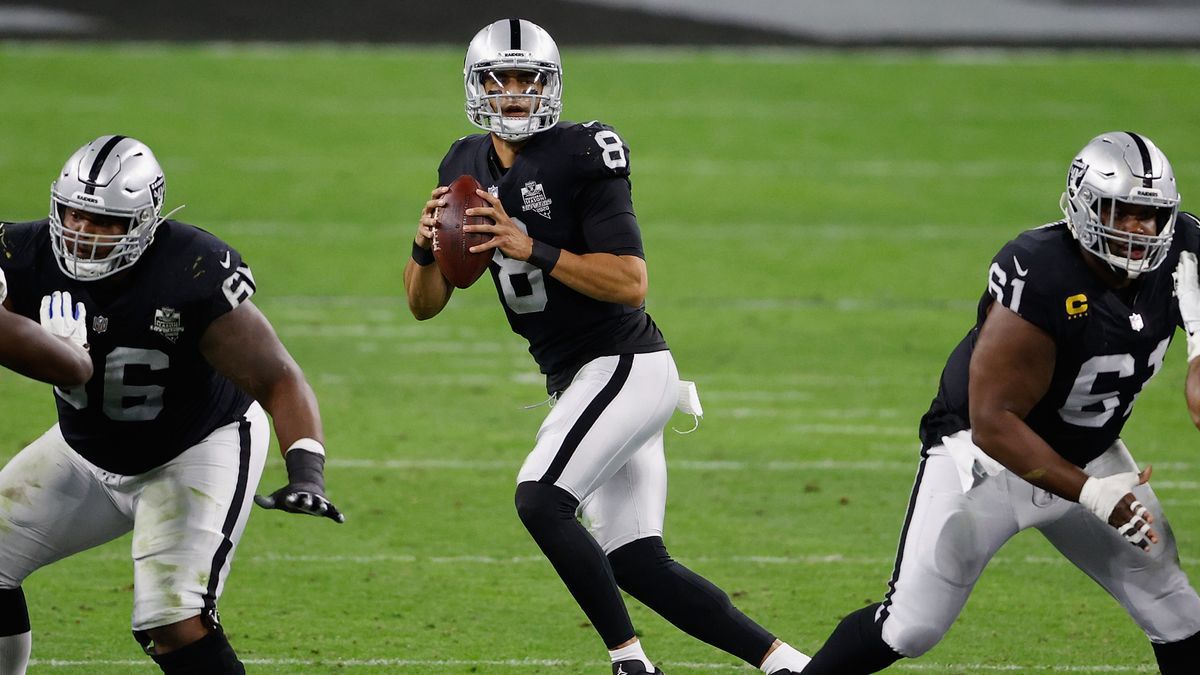 In the lead-up to this year’s NFL offseason, Marcus Mariota has been one of the many quarterbacks expected by pundits to change teams. A number of destinations have been recommended for the former No. 2 overall draft pick, who spent last season with the Las Vegas Raiders as Derek Carr’s backup, including the Washington Football Team. With that in mind, a recent report suggested another NFC East team as Mariota’s landing spot for the 2021 campaign — the Philadelphia Eagles. 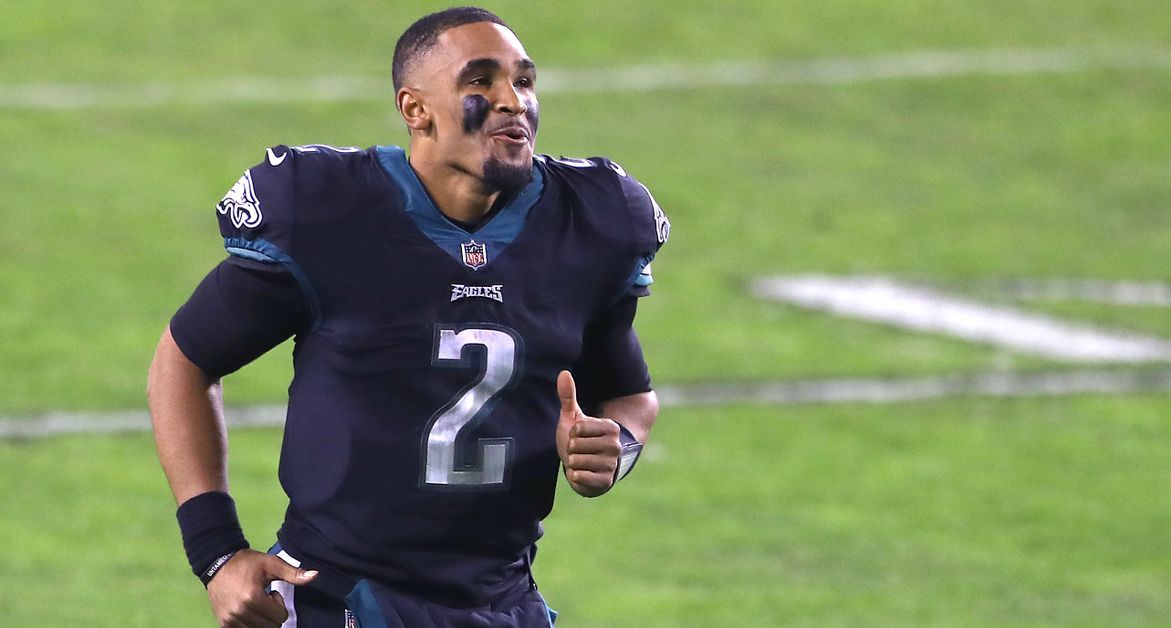 As explained by PhillyVoice’s Matt Mullin on Monday, the Eagles dealt with a lot of drama behind center in 2020, with the suddenly ineffective Carson Wentz — the team’s starter since 2016 — replaced by rookie Jalen Hurts for the final four games of the season. He added that while the second-round pick showed some promise during his time on the field, he doesn’t look like a “no-doubt starter” for the 2021 campaign, even if he’s the only quarterback Philadelphia has at the moment.

Mariota Could Give Hurts Some Competition For The Starting Job 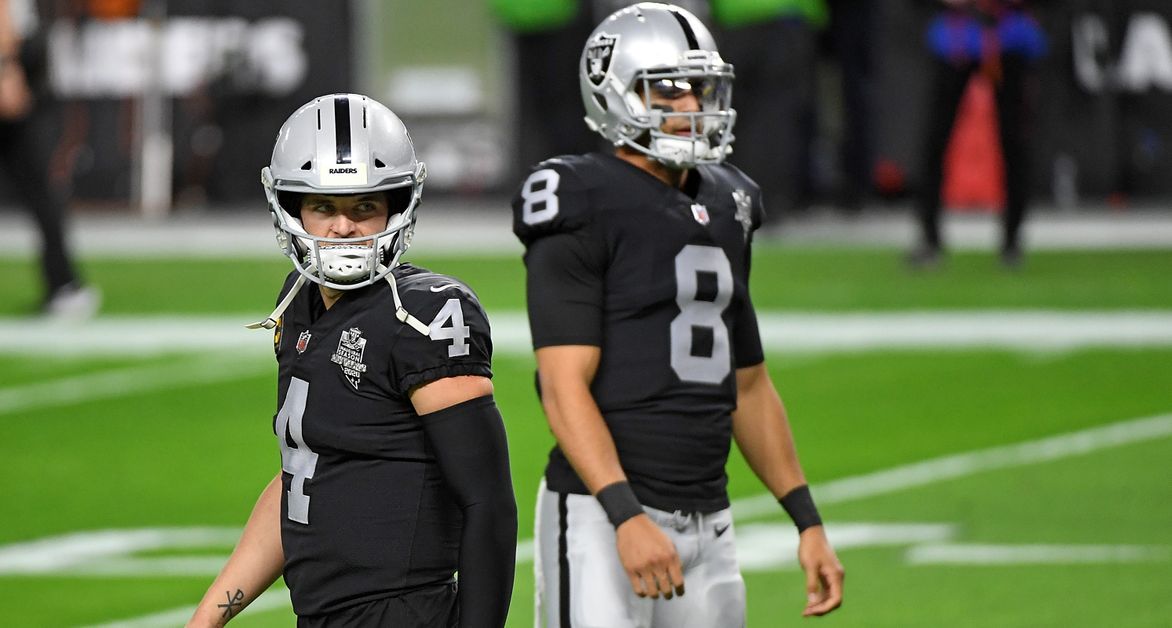 Although Mullin stressed that Hurts should ideally be given “every chance” to excel as an NFL quarterback in 2021, he noted that there have been rumors that the Eagles will “push” the former Oklahoma Sooners star by bringing in some competition. This may be achieved by using their sixth overall pick in this year’s draft on a signal-caller, though the PhillyVoice writer mentioned that they could also acquire a veteran via trade or free agency, with Mariota standing out as a particularly interesting option.

The Eagles Have Been Suggested Before As A Landing Spot 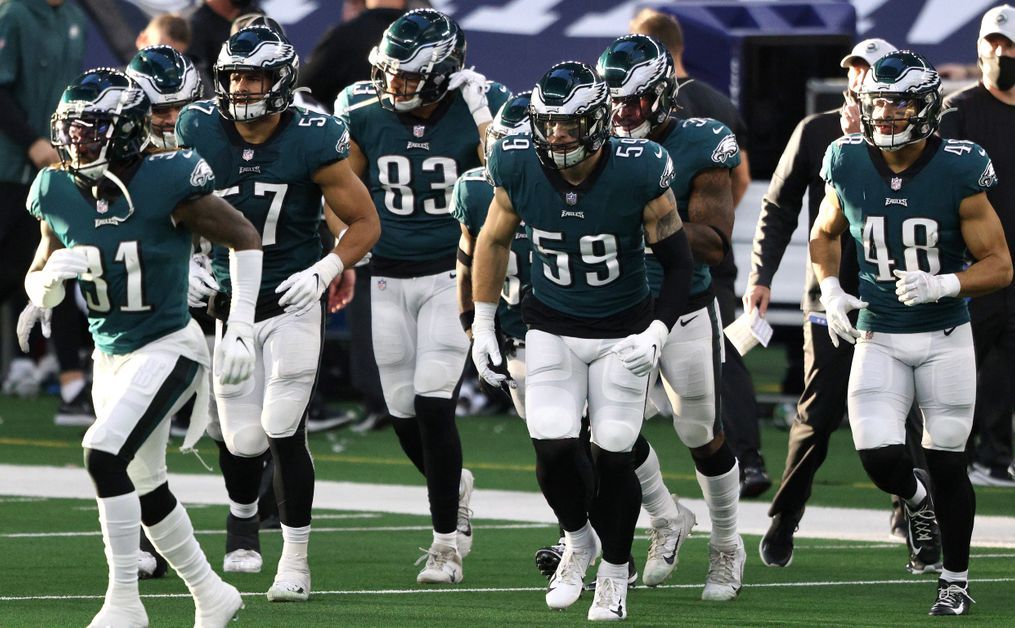 As quoted by Mullin, subscriber-only outlet The Athletic previously brought up Philadelphia as a dark-horse candidate to acquire Mariota if the Raiders decide to part ways with him.

“[W]hile Philadelphia wouldn’t seem like an obvious landing spot — Jalen Hurts remains, and Mariota and Carson Wentz are repped by the same agency — one prominent league source said to keep an eye on the Eagles if Mariota is traded or released,” wrote the publication’s Ben Standig, also noting that the 27-year-old will likely be confirmed to be changing teams sometime this month.

Mariota Is A Proven Dual-Threat QB 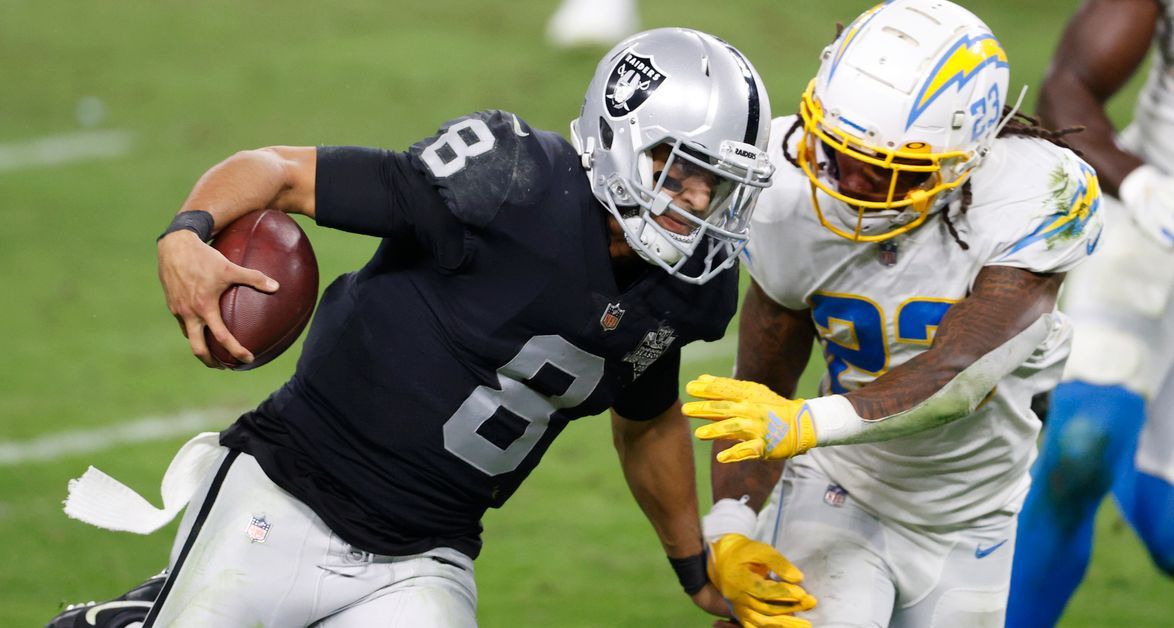 Although he ultimately lost his starting job with the Tennessee Titans to Ryan Tannehill before he moved to Las Vegas, Mariota has put up solid numbers over a six-season career, including 77 touchdown passes, 45 interceptions, and a 62.9 percent completion rate, per Pro Football Reference. Like Hurts, he has also proven to be a capable dual-threat quarterback who could help in the rushing game, as shown by his career stats of 1,487 yards and 12 touchdowns on the ground.

“Having a backup with a similar skillset to the starter allows for some interchangeability, and prevents a young coaching staff from needing to completely re-work the offense to fit the backup should the starter misses time with an injury,” PhillyVoice's Mullin wrote.