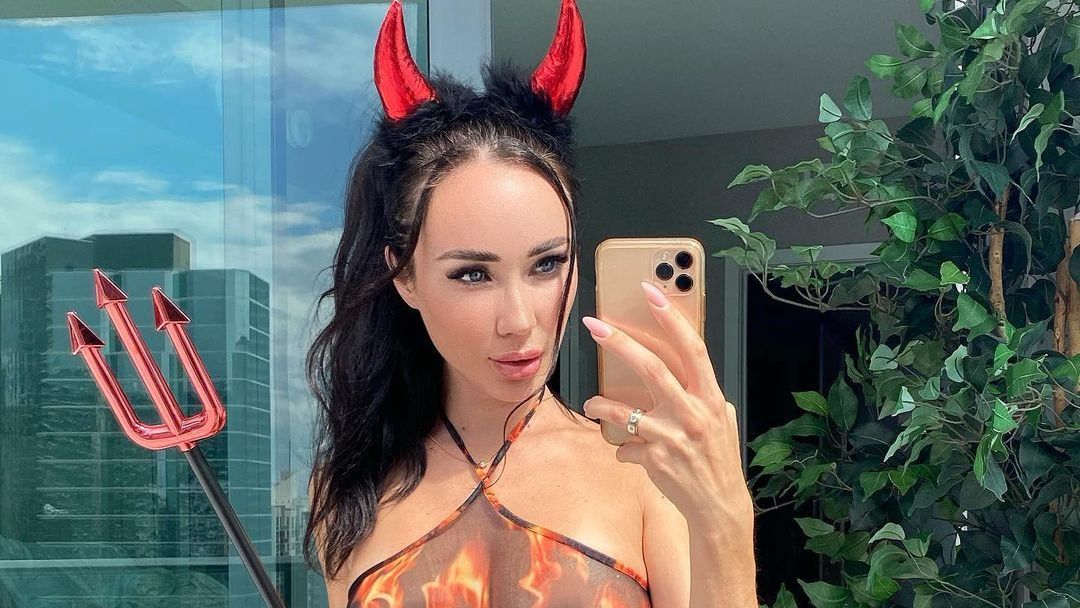 Brunette beauty Nina Serebrova flaunted her insane bikini body in a new video shared with her numerous Instagram fans on Monday, March 1. The Belarusian bombshell served up an eyeful of killer curves in a skimpy string two-piece that provided little coverage of her flawless figure, parading her assets as she emerged from a swimming pool and did a sexy walk on the terrace.

"Living in the sunshine," Nina captioned the clip, which was shot for Bang Energy.

Scroll through to watch the eye-popping video straight from Nina's IG feed! 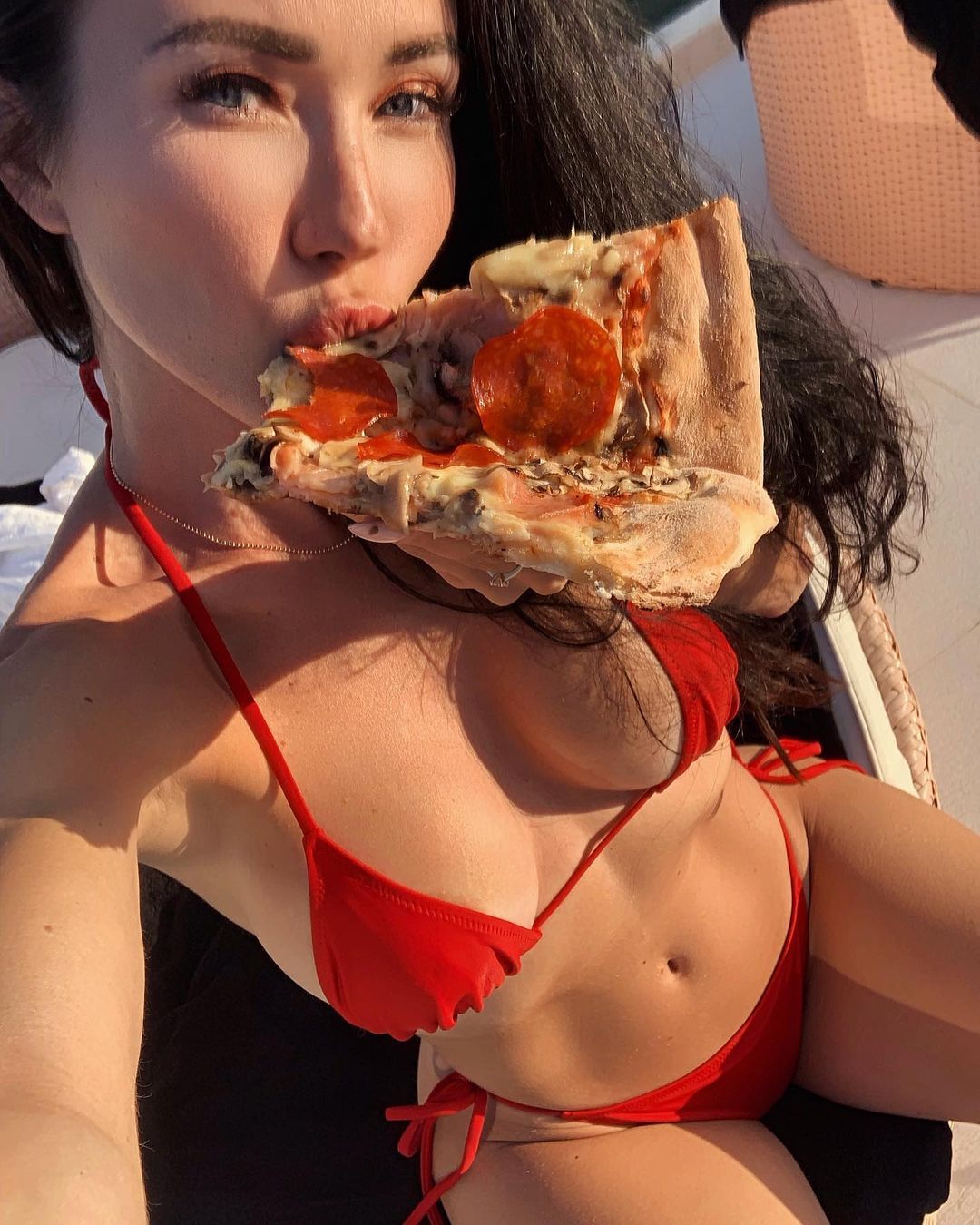 Nina's colorful bikini popped against her fair skin tone, putting extra emphasis on her glowing tan. It featured a vivid print incorporating vibrant shades of orange, pink, and purple, which were accentuated by a black trim that matched the swimsuit's straps.

The scanty number was made out of a textured, ribbed fabric that further highlighted the model's perky assets. It comprised of a plunging halterneck top and teeny bottoms that tied on her hips with coquettish curly bows. Nina gave fans a little preview of the eye-catching set in a beachside slideshow posted two weeks ago, in which she sprawled out on a rocky outcrop.

Keep scrolling for the sizzling video! 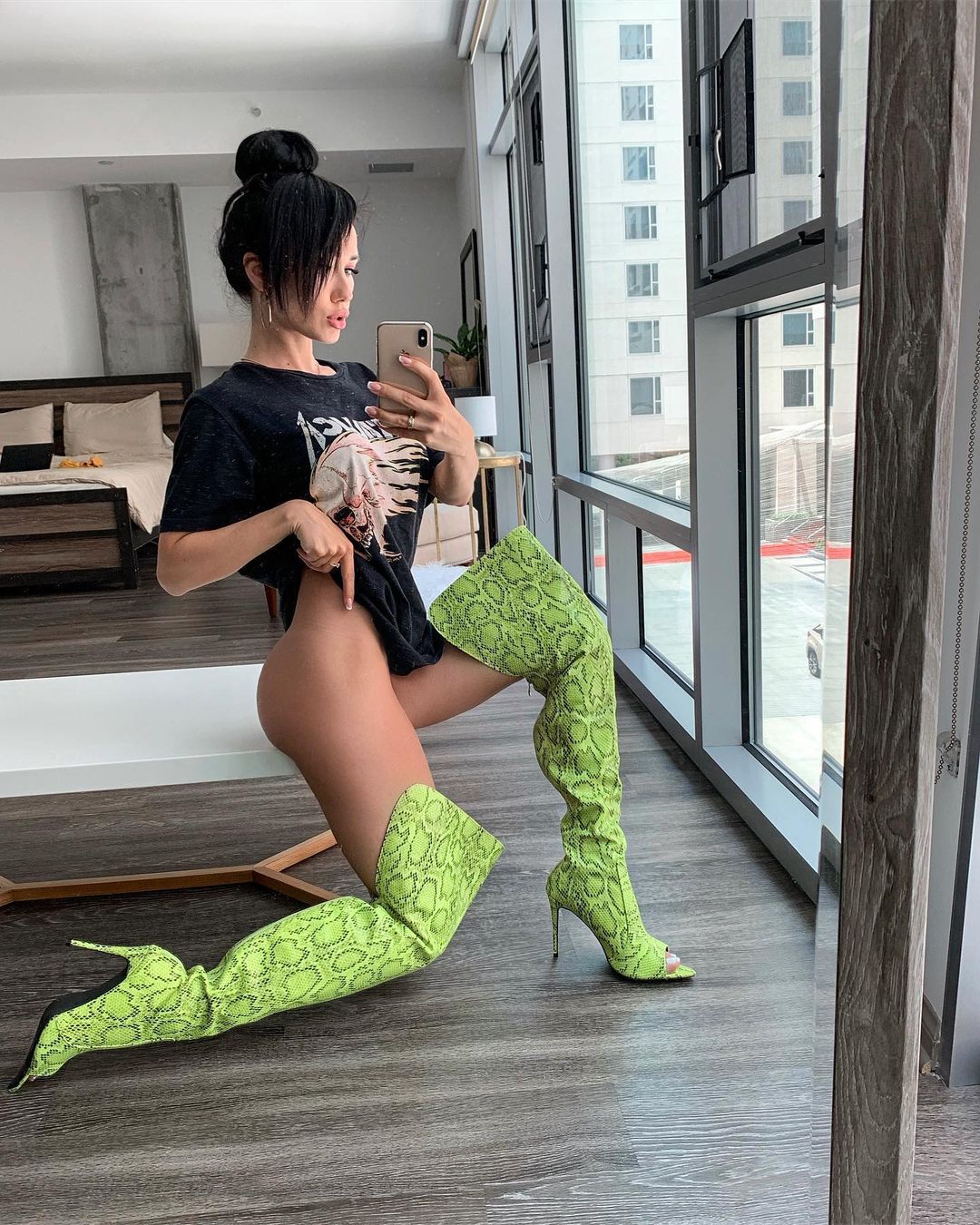 The steamy clip started off with a shot of Nina making her way out of the pool. The babe looked down as she grasped the staircase handle and begun her ascent up the steps. Her wet hair was slicked back and grazed her waist, twirling into soaked curls toward the ends. Glimmering water droplets clung to her body, shining on her peachy buns, thighs, and tummy.

Nina showed off her sculpted, supermodel-like gams as she sashayed across the floor tiles teasing her thigh gap. She sensuously rocked her hips, stretching her legs in a graceful, balletic way and elegantly arching her bare feet. Watch her seductive performance below. 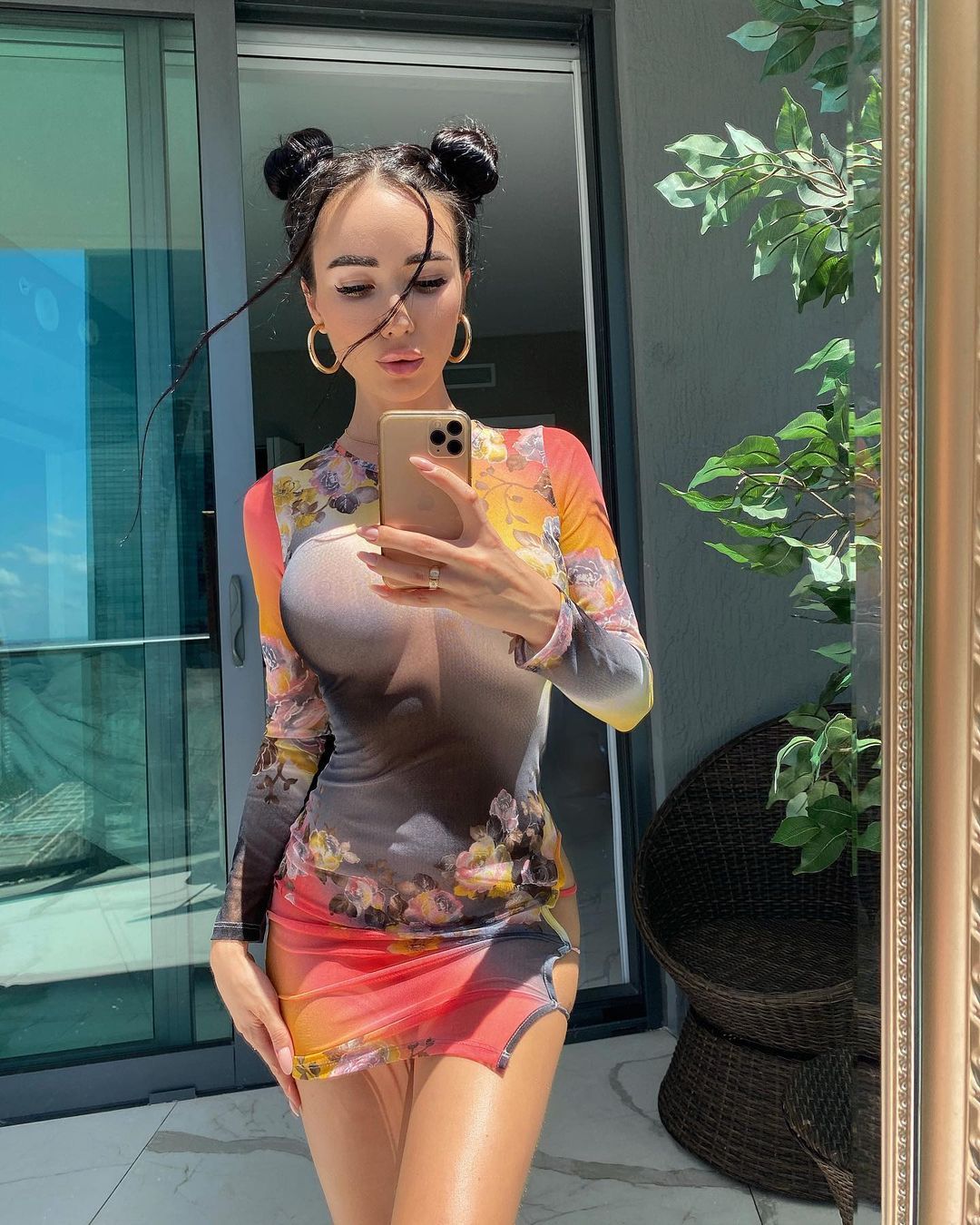 The sizzling model presented her thong-clad booty as she bent over and leaned her open palms against the tall glass railing overlooking a panoramic coastline. The swell of her backside in comparison to her slender waist created an alluring hourglass shape that was accentuated by the cheeky design of her bikini bottoms.

In another shot, Nina faced the camera while posing in the exact same spot, tantalizing fans with cleavage and sideboob while sipping from a can of the energy drink. The babe played with the bows on her bikini, showing off a coy smile as she basked in the sun's golden rays. She sultrily caressed her knee and closed her eyes, ruffling her raven-colored locks.

She Leaves Nothing To The Imagination 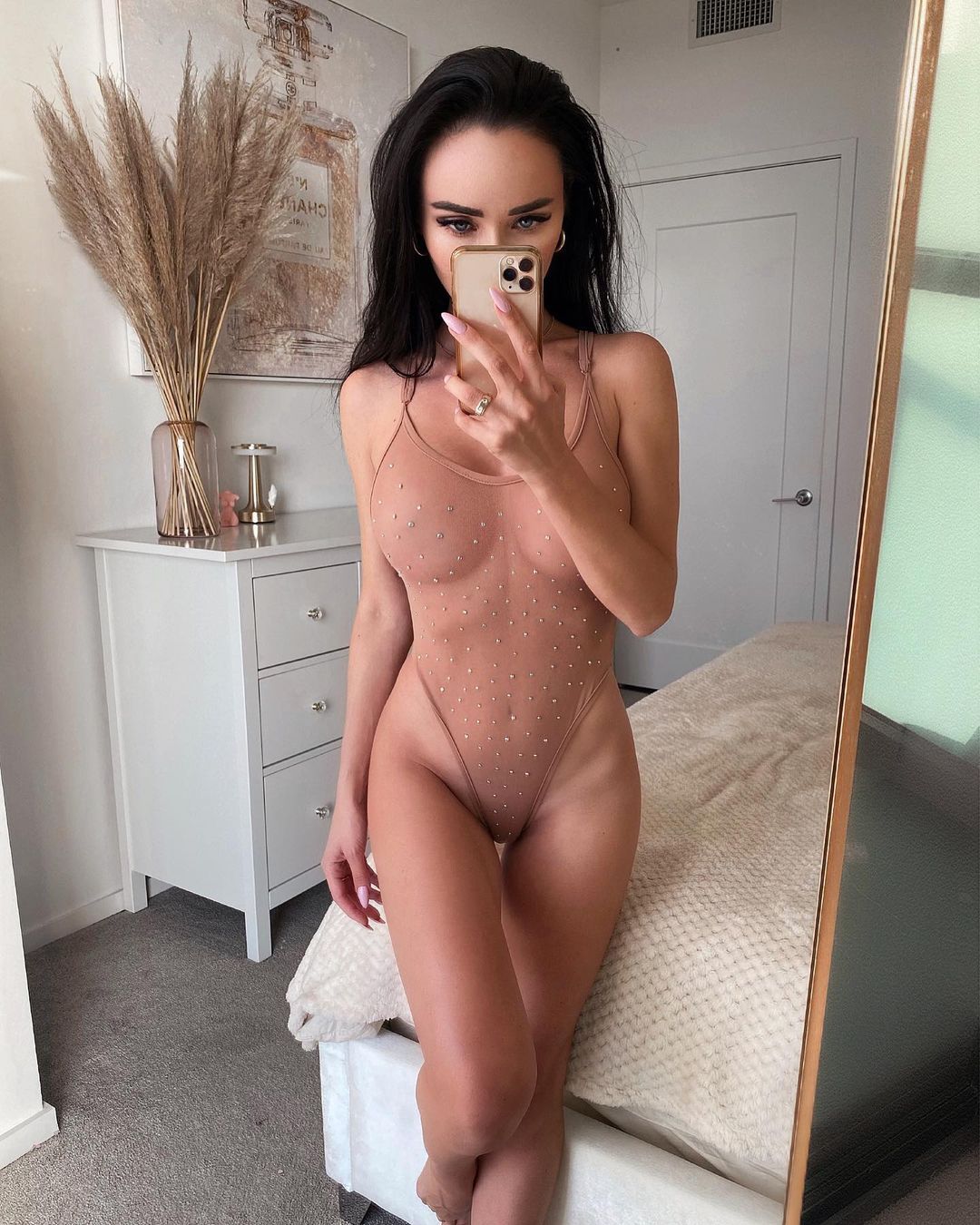 The full extent of Nina's cleavage was bared by tiny, widely-spaced cups that struggled to contain her busty assets. The smokeshow adorned her décolletage with an entire collection of pendant necklaces, turning her chest into a focal point. Meanwhile, her bottoms stretched above her hips, exposing her chiseled pins.

The video was viewed about 53,000 times in the first three hours, proving to be a big hit with Nina's 3 million followers on the platform. Plenty of her online admirers and fellow models also took the time to compliment her in the comments section, including Dasha Mart, Valeria Orsini, and Ariana.

"Literally a dream," said another fan.