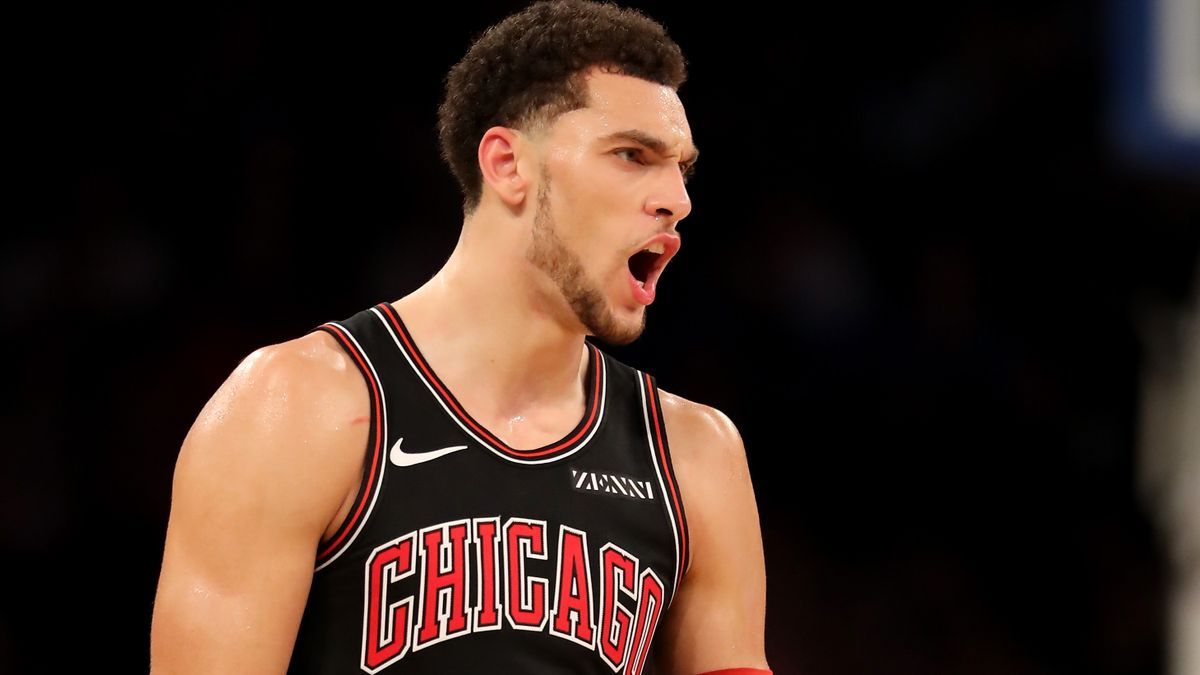 Although the Chicago Bulls are tied for ninth place in the Eastern Conference with a 15-17 record, the team is only a game and a half behind the fourth-place New York Knicks, with arguably a fighting chance of making the playoffs. However, their top scorer, Zach LaVine, has remained a fixture of trade rumors and ideas. These include a recently proposed deal that would send him to the Charlotte Hornets in exchange for four of their key rotation players and one future first-round draft choice.

The Hornets Could Be The 'Surprise Winner' Of The LaVine Sweepstakes 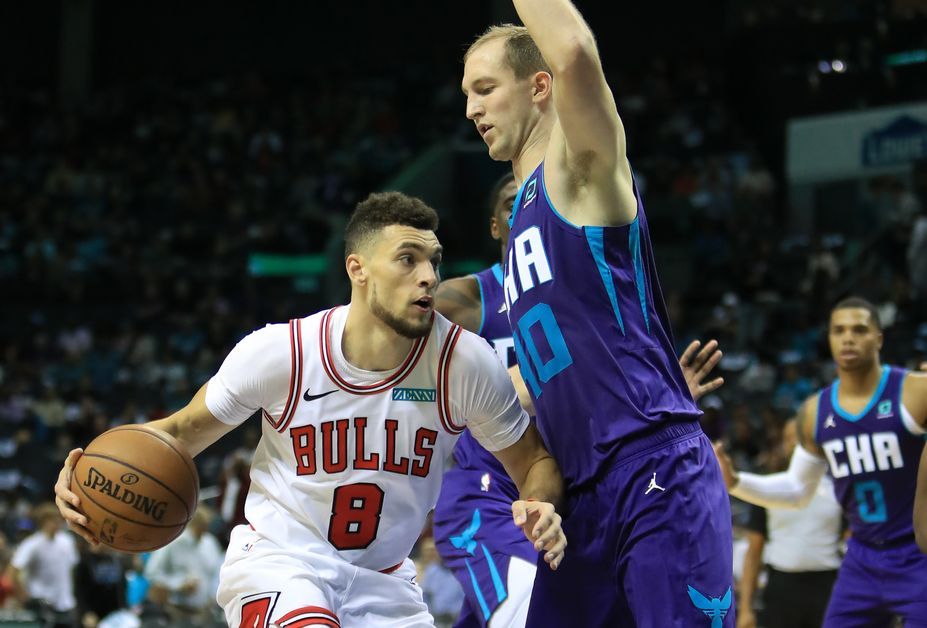 As explained by Bleacher Report's Zach Buckley on Sunday, Charlotte has been "buzzing again" thanks in part to the strong play of free-agent acquisition Gordon Hayward and this year's third overall draft pick, LaMelo Ball. With a 16-17 record, the Hornets are half a game ahead of the Bulls, but as Buckley suggested, it might be worth it for the organization to make a big move ahead of the March 25 trade deadline.  To that end, he specifically referred to the club as the potential "surprise winner" of the LaVine sweepstakes. 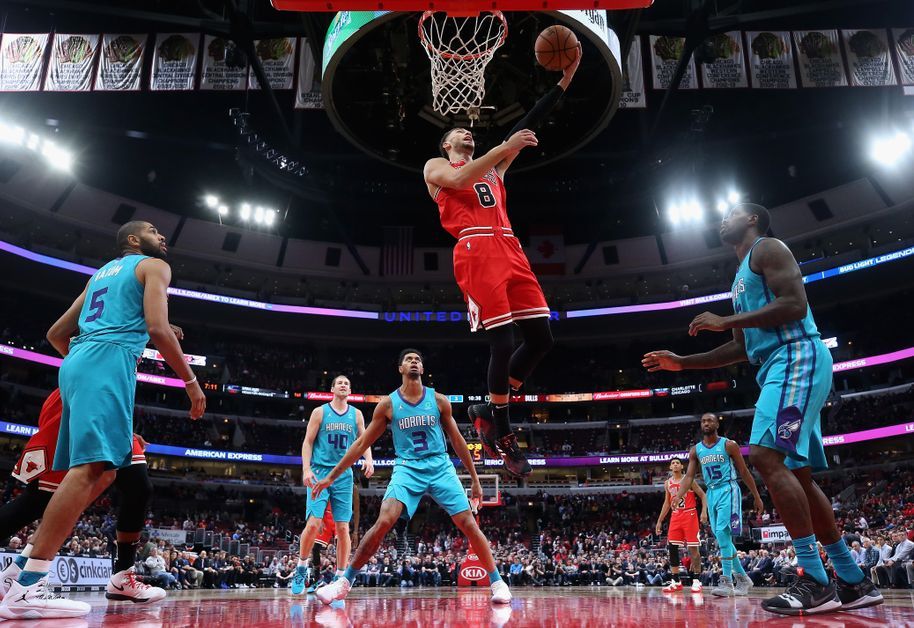 As proposed by Buckley, the Hornets could acquire LaVine, along with frontcourt reserves Thaddeus Young and Luke Kornet, for a package including guards Terry Rozier and Malik Monk, center Cody Zeller, forward Miles Bridges, and their top five-protected first-round selection in the 2021 draft. This hypothetical deal, as described, will allow Charlotte to "throw caution to the wind" as they shake up their roster in hopes of acquiring the first-time All-Star shooting guard and making a deeper than expected run in this year's postseason.

LaVine Could Give Charlotte's Offense A 'Turbo Boost' 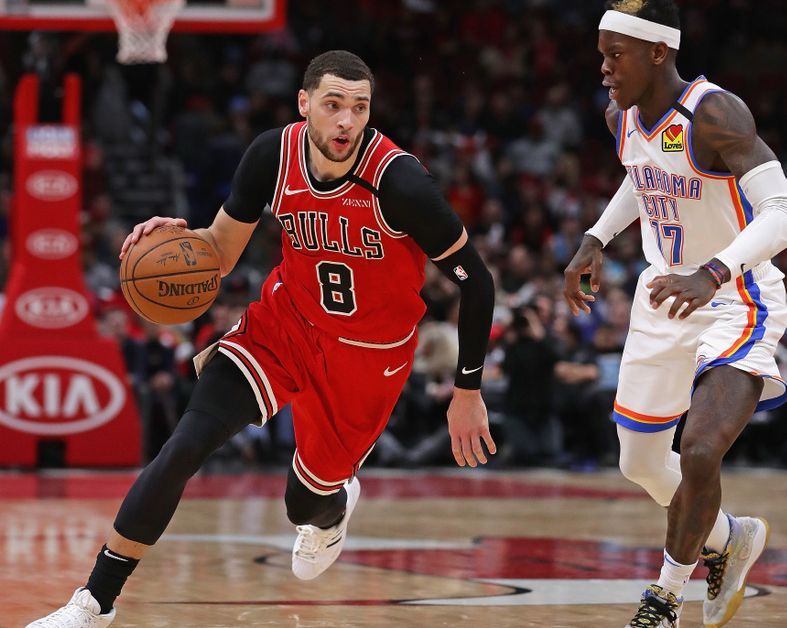 Although the Hornets have been getting good production out of Rozier at shooting guard, LaVine's arrival could give the Hornets' 18th-ranked offense a "turbo boost," given how he's averaging 28.7 points and 3.6 three-point shots made per game. The Bleacher Report writer also pointed out that the other components could also play a key role as the club makes a run for the playoffs in 2021.

"Tack on Thaddeus Young as a do-it-all forward and Luke Kornet as...well, a break-glass-in-case-of-emergency big man, and Charlotte could feel confident about not only securing its first playoff trip since 2016 but also potentially skirting the play-in tournament to get there.," Buckley predicted.

Chicago Could End Up With Some Serviceable Assets 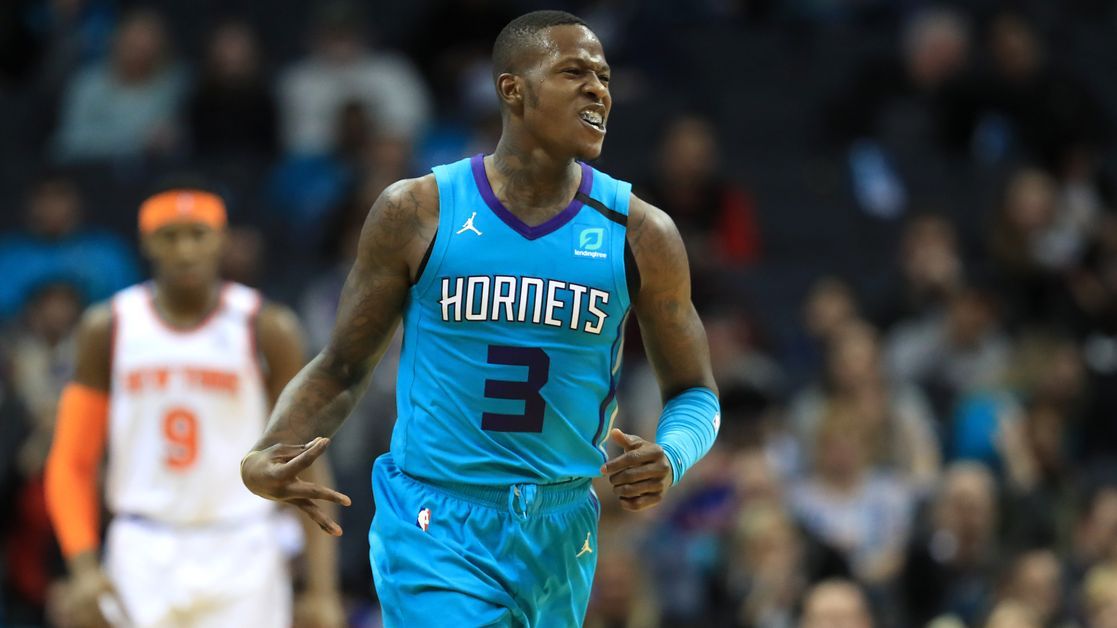 Meanwhile, the Bulls could also end up with some useful players if the suggested transaction becomes a reality. Rozier (20.2 points, 3.9 rebounds, 3.1 assists per game, per Basketball-Reference) could turn out to be a good fit alongside Coby White in Chicago's starting backcourt, while Bridges and Monk respectively offer high-end athleticism and explosive off-the-bench scoring. Zeller, who is on an expiring contract, was described as a source of salary-cap relief, though Buckley also noted that he could turn out to be a "serviceable" big man for the Bulls.