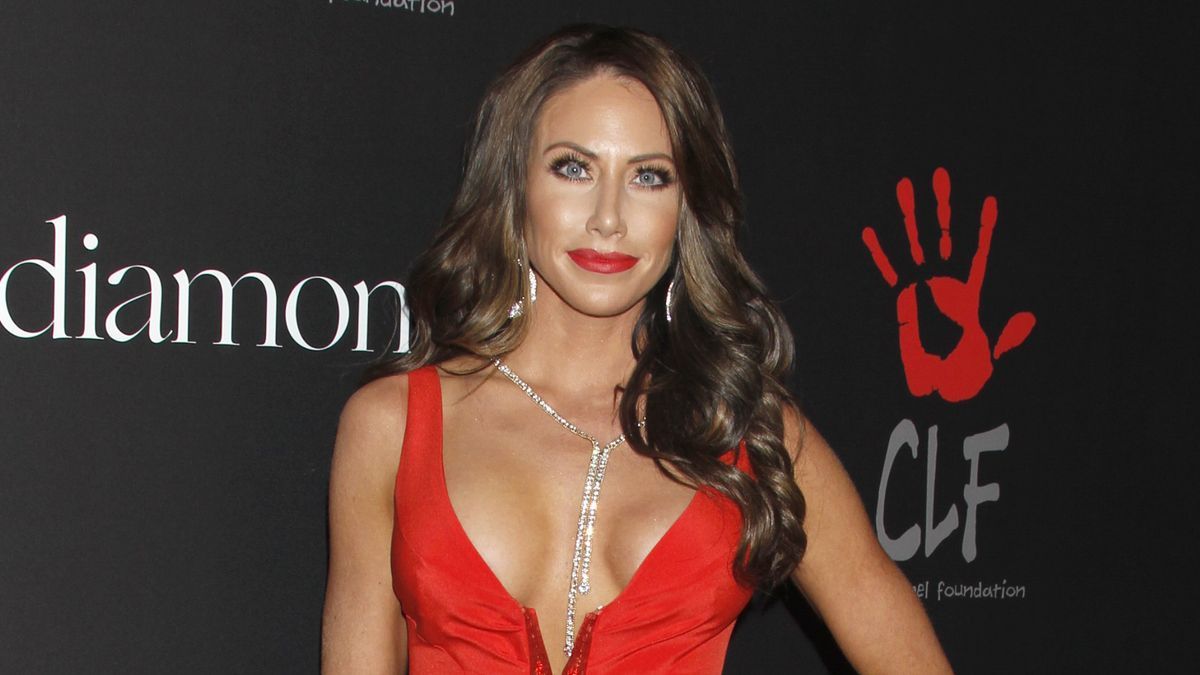 Holly Sonders gave her 557,000 Instagram followers something to smile about by opting to wear a bikini with an eye-catching print for her latest round of scorching-hot photos. The former Fox Sports host attracted her online audience's notice by provocatively posing in a swimsuit that paid homage to a barnyard resident. She even found a pair of Nike sneakers that were the perfect match for her bold, bovine-inspired bathing suit.

Keep scrolling down to take a gander at her "utterly" wild ensemble and her sexy stretch.

Fashion A Farmer Can Appreciate 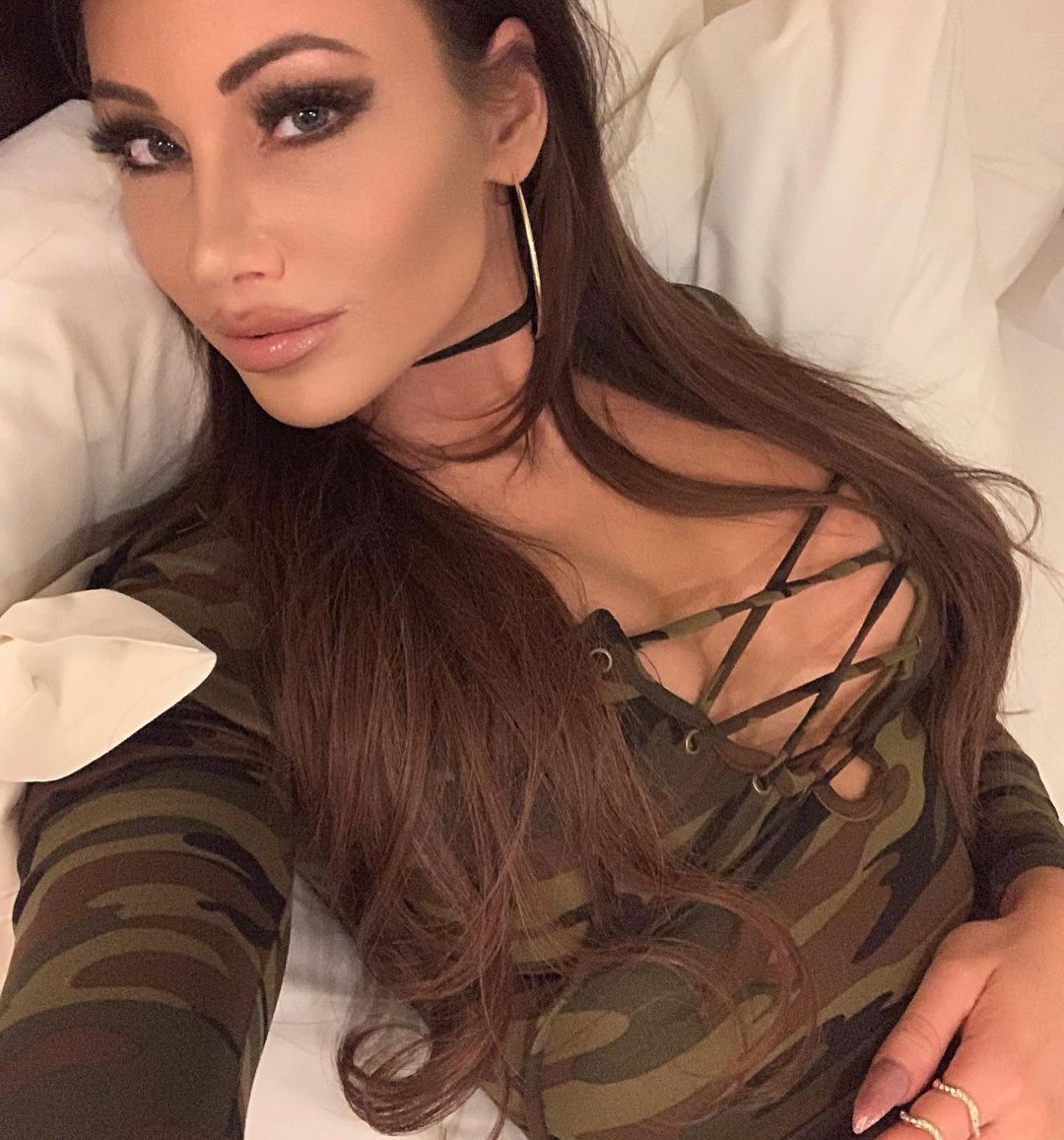 Holly has attained Instagram fame by posing for sultry photos that usually feature her wearing very little. She has posed in lace, latex, and other sexy fabrics, but the Maxim model decided to have a little farmland fun with her latest fashion choice. She wore a bikini that was white with inky black blotches. It appeared to be inspired by the spotted hides of Holstein cattle.

Her bikini top featured underwire with a V-bar detail in the center. It snugly hugged her ample bust, which was glistening as if it had been all oiled up. 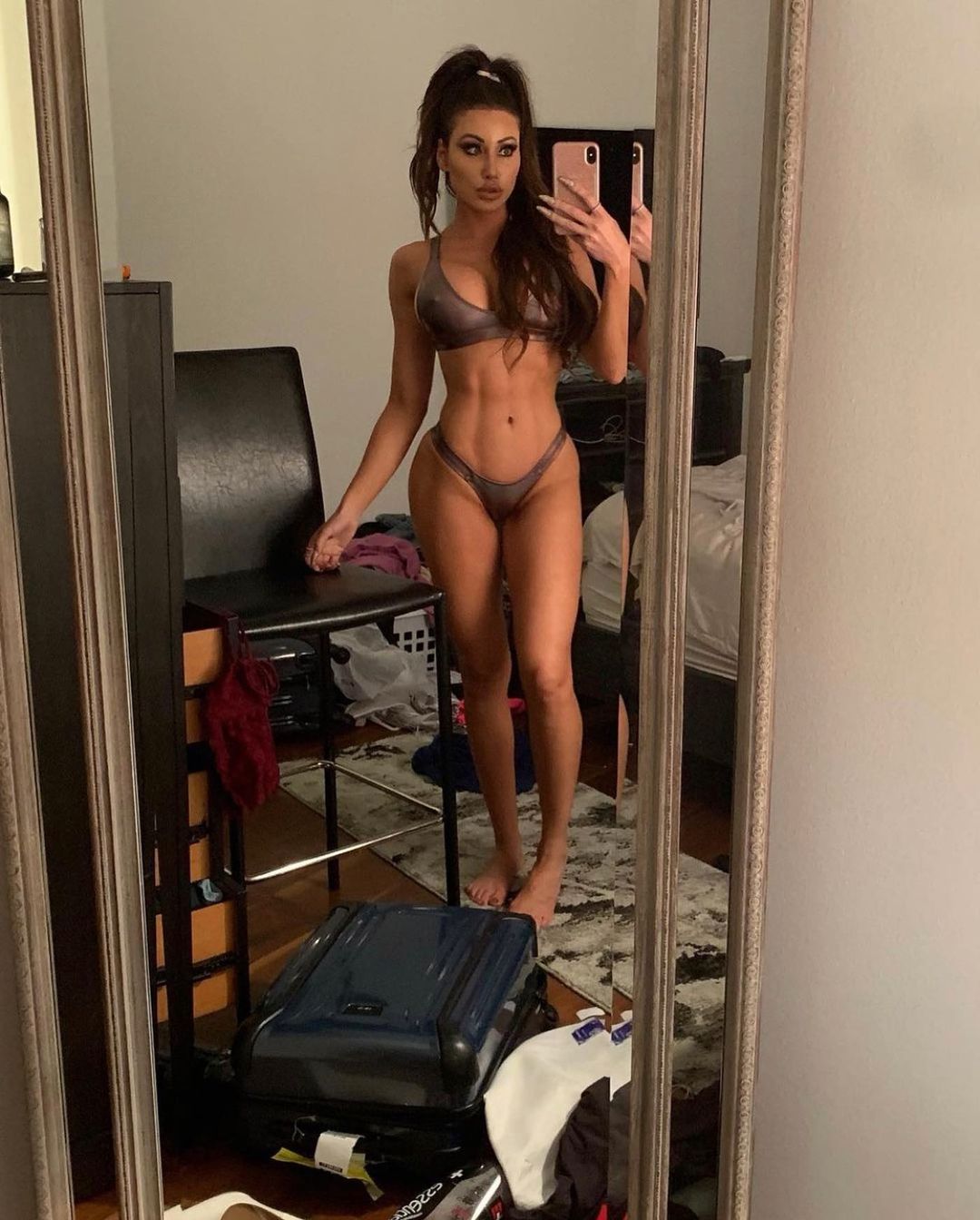 Holly's bottoms were a brief with high legs and a waistline that didn't quite reach her bellybutton. She milked the cow print for all it was worth by wrapping a coordinating silk scarf around her head and neck. The accessory kept her brunette hair pulled back behind her shoulders, where it cascaded down in glossy waves with golden highlights.

Holly's bathing suit showcased her washboard stomach, which was adorned with a navel piercing that twinkled in the sunlight. The two-piece also displayed her shapely bronze legs.

Daring To Pair Sneakers With Swimwear 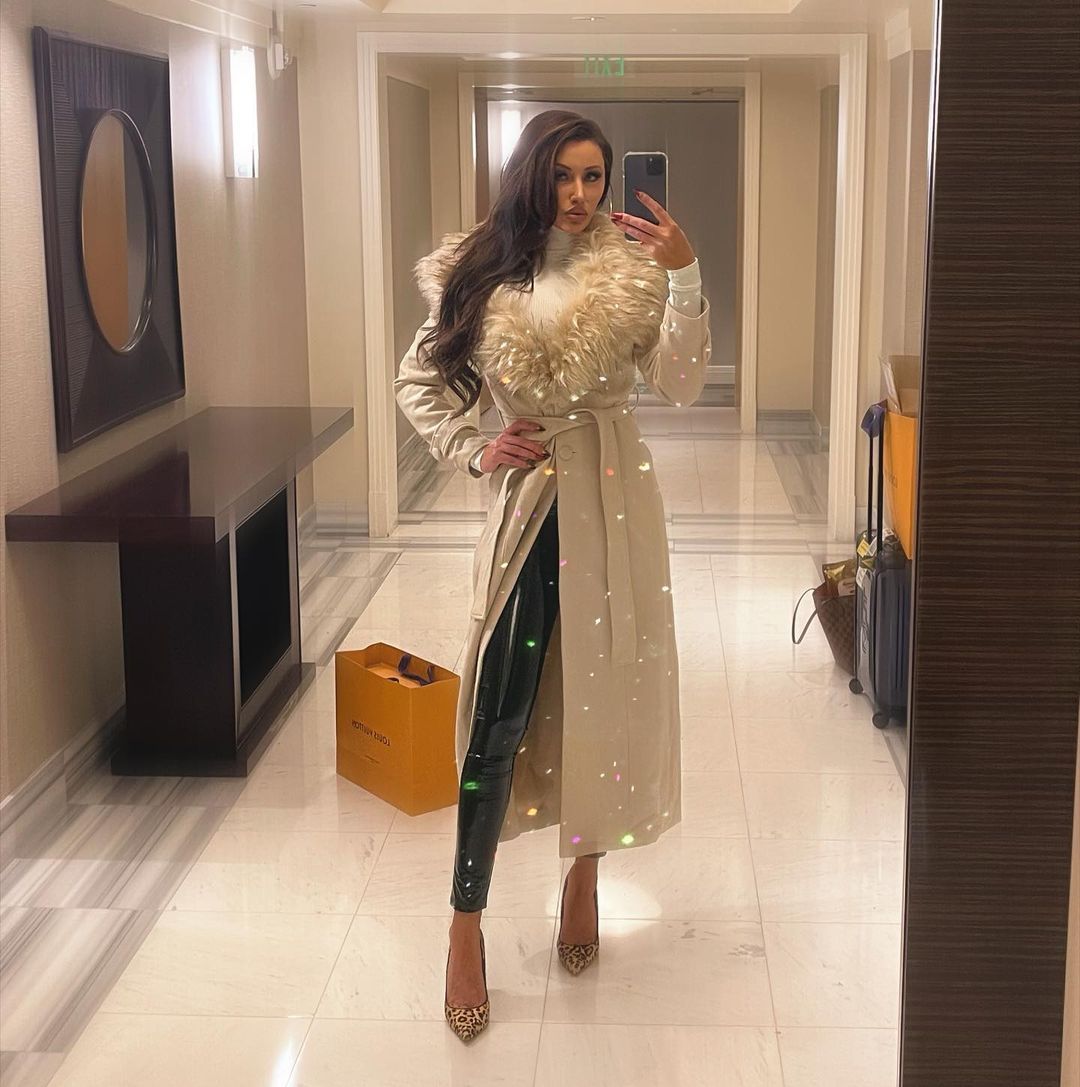 Holly's shoes were sneakers, which aren't normally worn with swimsuits. However, her athletic footwear perfectly complemented her bikini, thanks to its matching black-and-white color scheme. She rocked a pair of AMBUSH x Nike Dunk High sneakers. They were white with black band accents. The iconic Nike swoosh was black, as were the laces. The tongue and midsole were white.

The fitness model finished her look with a pair of dark, oversize sunglasses that had a flat single lens. 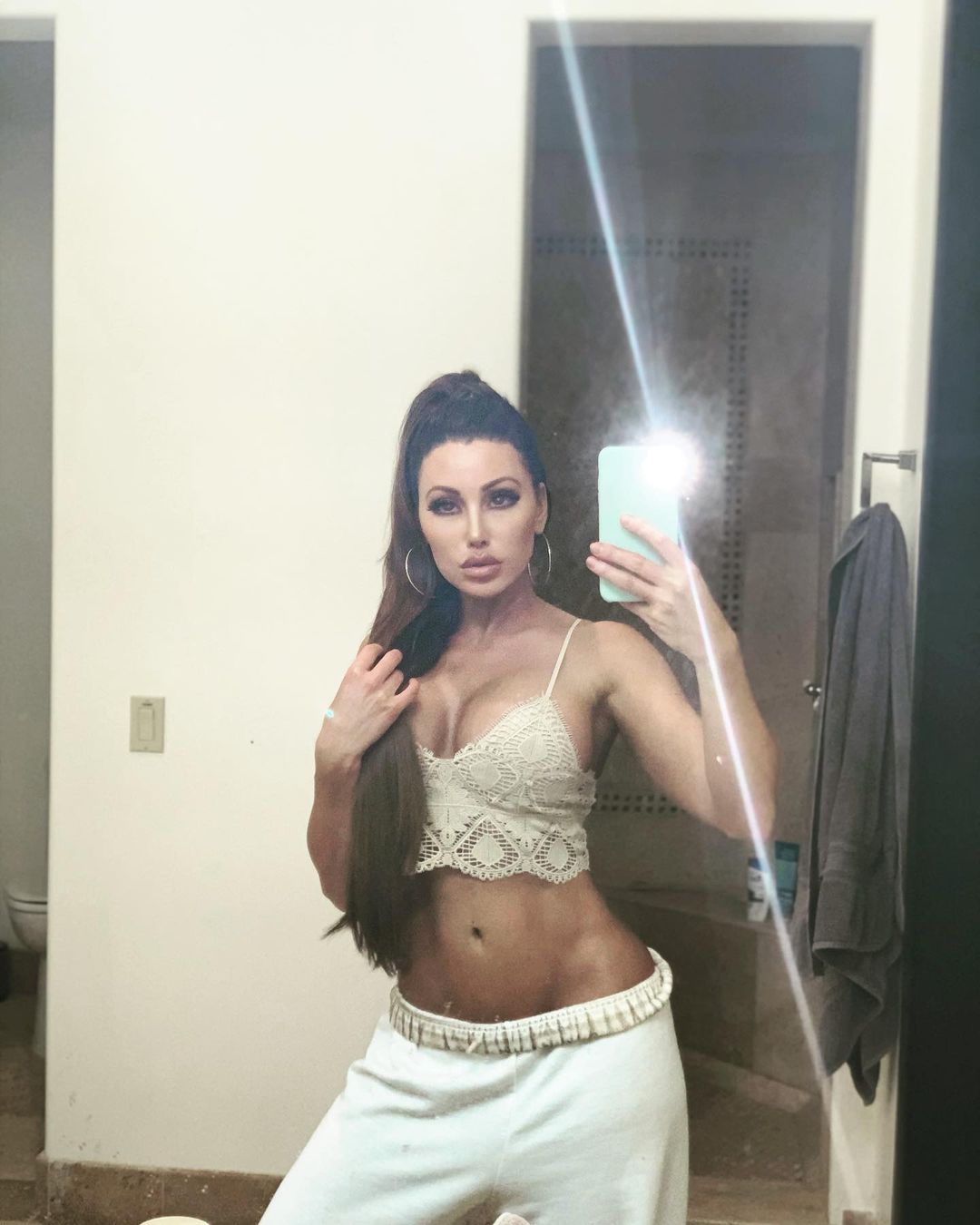 Holly sat on the edge of an above-ground hot tub. She spread her legs apart, resting her heels dangerously close to the water on opposite sides of the tub. She grasped the edge with her hands and thrust her chest forward as she gazed upwards. In the two follow-up photos, the camera got increasingly closer to the model.

Some of her followers weren't the biggest fans of the cow print, with one commenter asking if her look came from "the Ben and Jerry’s line." However, other members of her IG herd thought that she looked great, while some couldn't resist cracking udder jokes.

"Pin up model of the year," wrote one admirer.

"Holly Cow! You are hot!" read a third message.