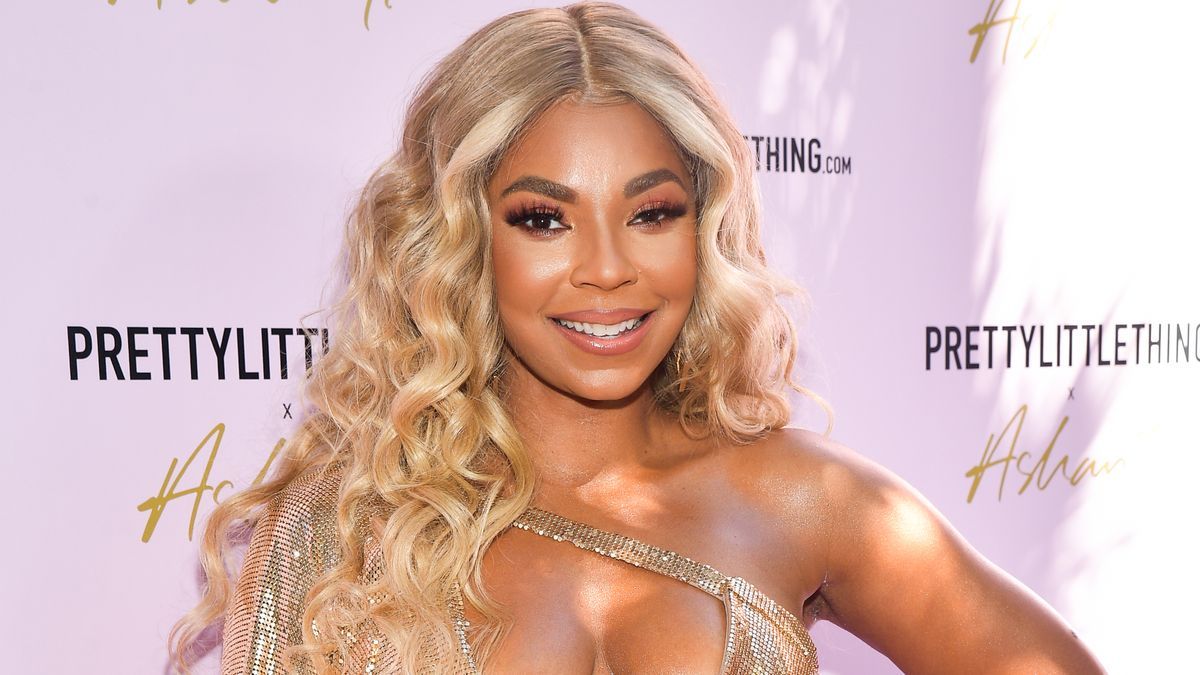 R&B songstress Ashanti tantalized her 6.1 million Instagram followers with her most recent post, a smoking-hot snap in which she rocked a daring bikini poolside.

The golden two-piece was from the company Bikini Crush Luxury Swim, and Ashanti made sure to tag the brand's own Instagram page in the picture in case her followers were inspired to pick up a swimsuit of their own.

She perched on the edge of an infinity pool with tiles in different shades of blue shimmering under the water. 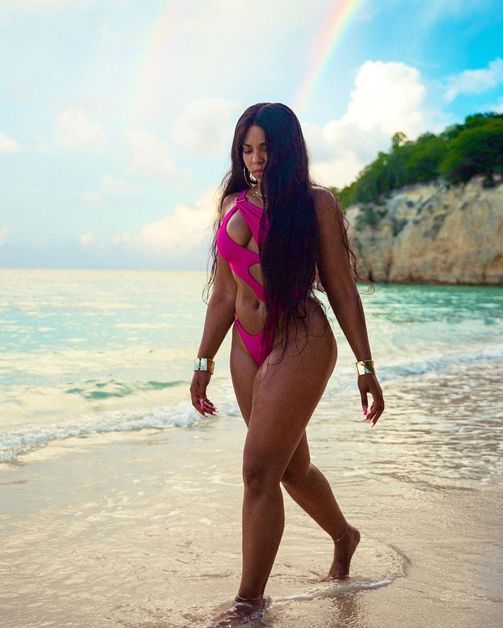 Flower petals were strewn across the surface of the pool, and several palm trees were visible in the background. The ocean could also be spotted, stretching out to the horizon.

Though Ashanti didn't include a geotag specifying her exact location, she appeared to be in a tropical paradise. The sun shone down on her flawless skin, and she basked in the warmth, turning her face towards the rays and closing her eyes as she soaked it all in.

In the caption of the post, Ashanti referenced her latest single. 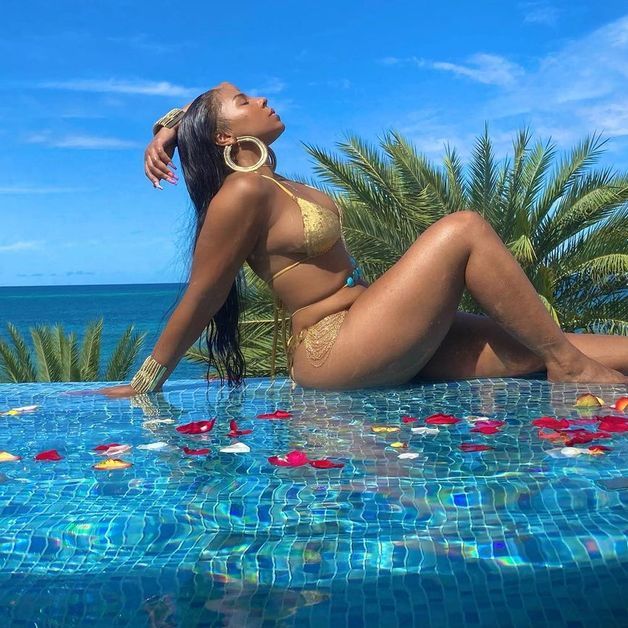 The bikini had a simple silhouette, with triangular cups hugging her ample assets and thin strings extending around her neck and back. The piece was crafted from a shimmering gold material that looked stunning on Ashanti, and she played up the metallic element with her accessories as well.

Ashanti had one leg extended and the other bent, obscuring most of her bikini bottoms, although delicate golden chains that may have been part of the bottoms draped over her voluptuous hips.

She had two gold anklets around her extended leg, and made sure to point that foot, highlighting her jewelry. 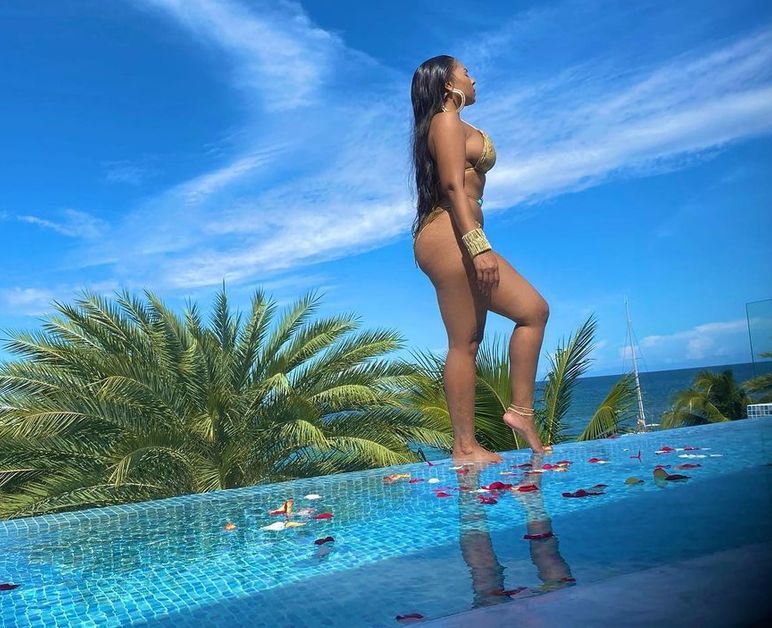 Ashanti had thick cuff bracelets around both wrists, and also wore a pair of huge statement hoop earrings. Finally, she had some type of belly jewelry wrapped around her waist, with turquoise stones near her belly button.

Her long raven locks were slicked back away from her flawless features, the damp strands cascading down her back and reaching all the way to the surface of the pool.

The ensemble showcased Ashanti's curvaceous figure to perfection, and many of her fans raced to the comments section to share their thoughts. 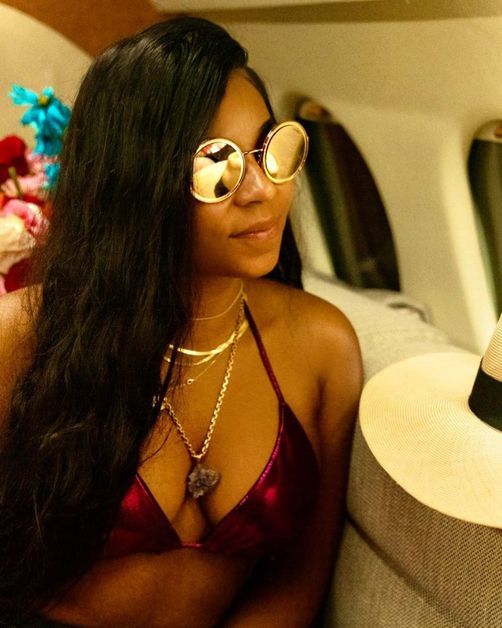 Within just 10 hours, the post racked up 1,235 comments as well as over 148,000 likes from Ashanti's fans, including a like from fellow singer and actress Christina Milian.

"This is a VIBE hunny," one fan wrote, followed by two flame emoji.

"You're everything," another follower chimed in, captivated by Ashanti's beauty in the steamy image.

Ashanti isn't afraid to showcase her curves for her eager audience, often posting snaps in which she rocks barely-there swimsuits in exotic locales.