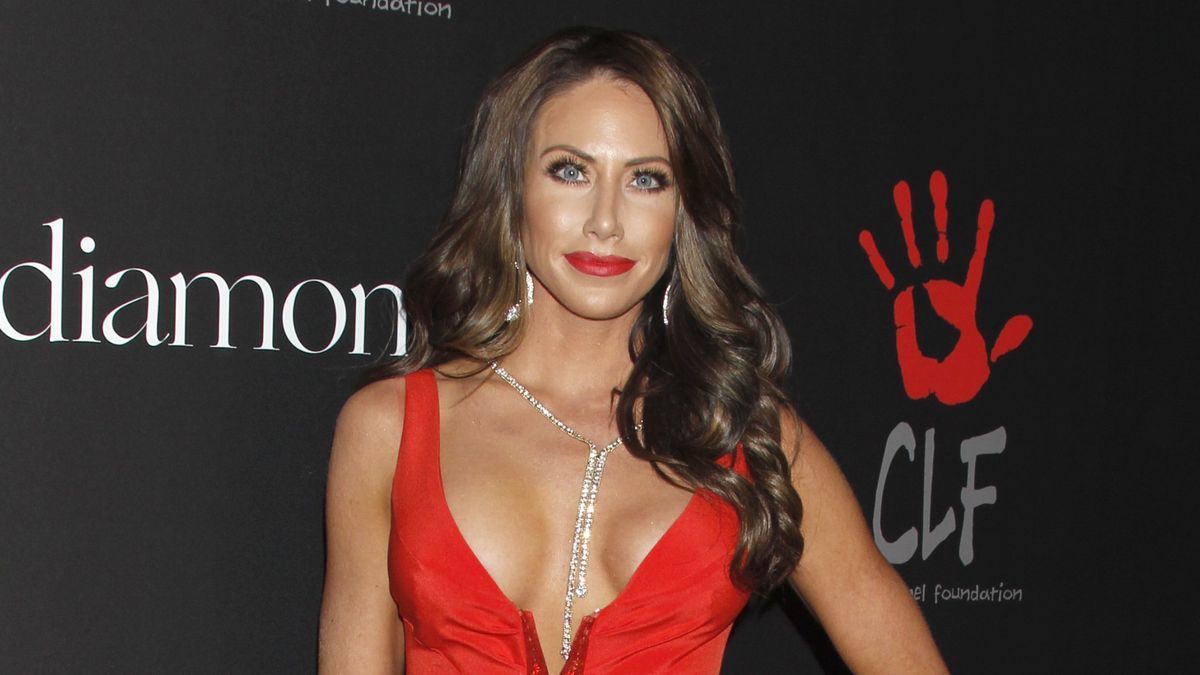 Former Fox Sports host Holly Sonders cranked up the heat on Instagram Tuesday with a scorching new update that immediately got fans talking. The foxy brunette went for a walk wearing nothing but lingerie and a fiery-red fur coat, oozing class and sensuality as she opened up the luxurious garment to show off her sexy undergarments. The whole of Holly's sizzling figure was on display in the steamy pic, which captured the internet vixen on the street. Scroll through to see the eye-popping photo that left fans speechless. 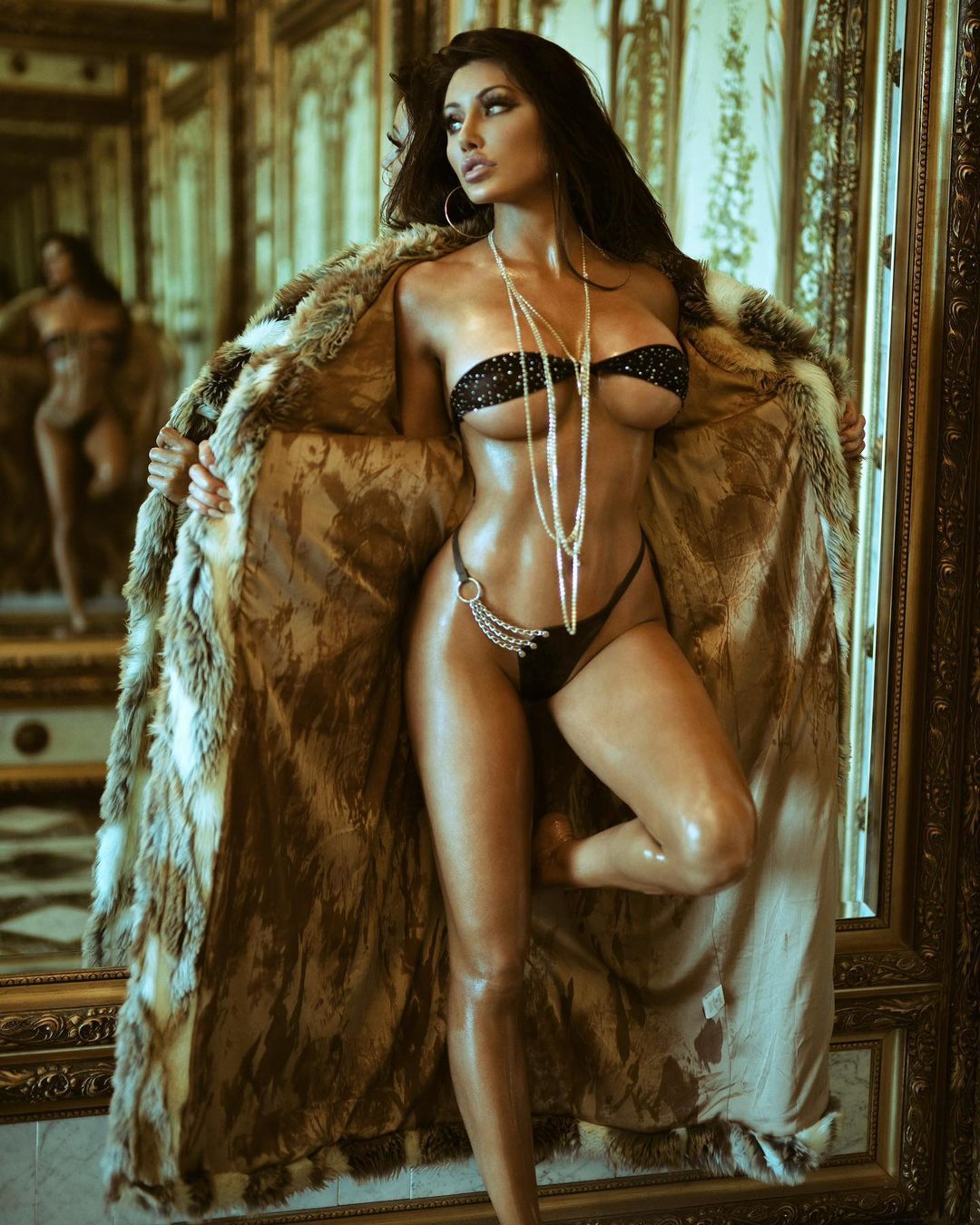 The American bombshell smoldered in a longline faux-fur coat that fell well below her knees. The elegant, plush number had a sleek black lining that matched her lingerie and provided a satisfying contrast to its vivid exterior. Holly pulled the lapelled sides wide open to flash her provocative undies, which didn't cover much of her jaw-dropping physique. Her bronzed, fiercely toned body popped against the dark fabric, making all of her sensuous curves spring to attention. The suggestive snap can be seen below, so keep scrolling. 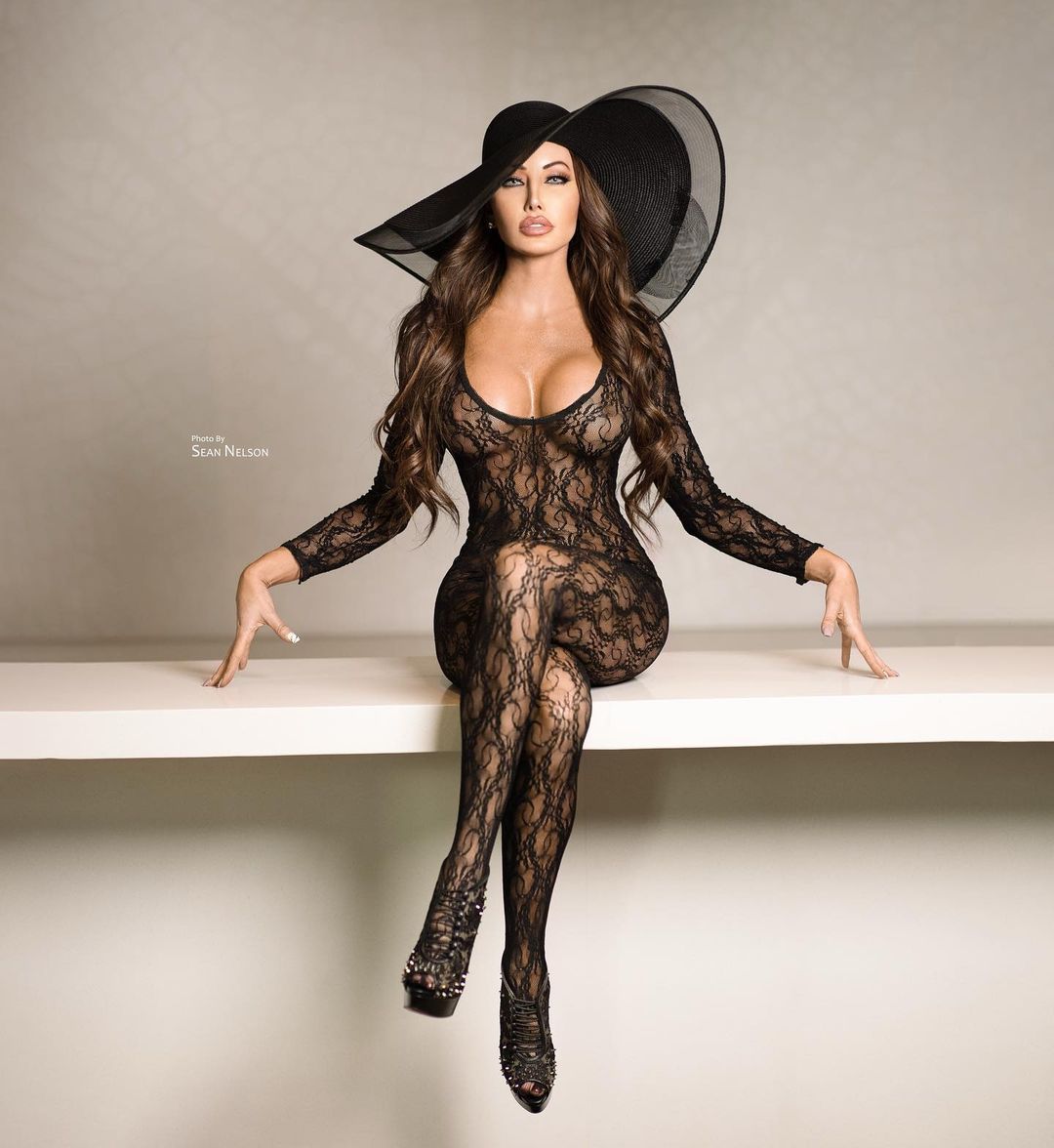 While Holly can make any color lingerie look glorious on her, the former collegiate golfer opted for black lace for the shoot. She rocked minuscule see-through panties whose super-thin side straps accentuated her sculpted waist. The scalloped number boasted a formidable high cut that exposed her lissome legs. It was a low-rise style that flaunted her fit stomach, allowing her navel piercing to be seen.

Meanwhile, her chest was highlighted by a balconette bra with semi-sheer fringed trimmings that further drew the eye to her busty assets. A pair of straps extended from the middle of the daring neckline, framing her cleavage and creating a cage-style pattern that turned her décolletage into a focal point. 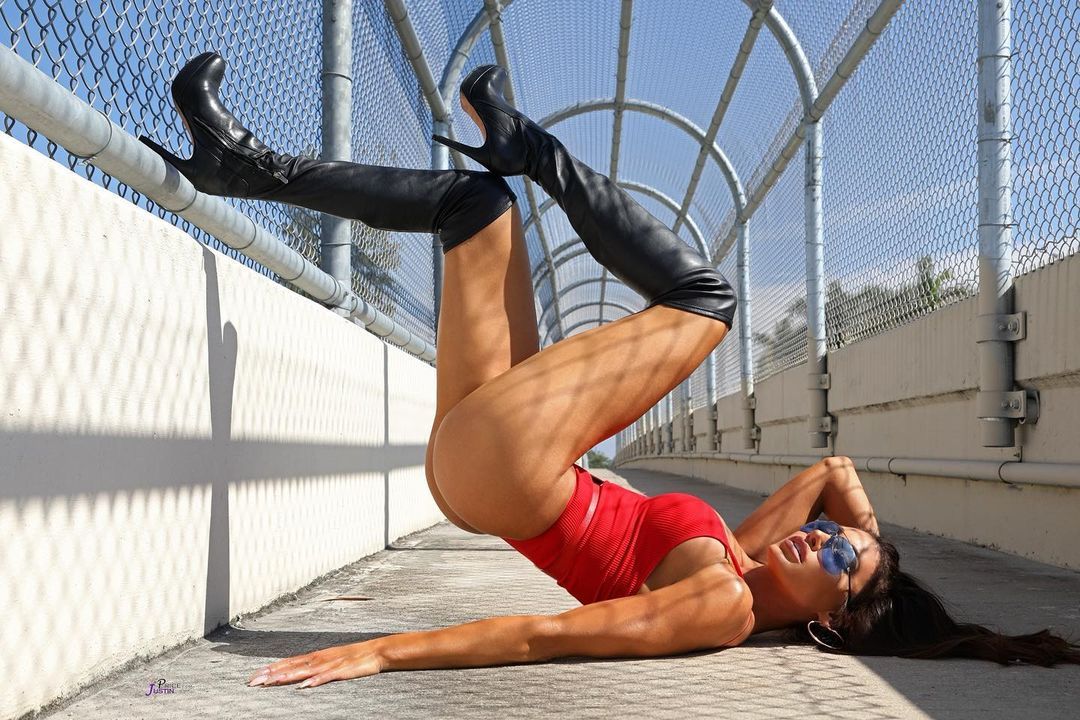 The smokeshow finished off the seductive look with elegant accessories. She trotted the pavement in shiny black boots that reached her knee and clung tightly to her chiseled pins. Her jewelry was also on point, as Holly sported large hoop earrings that added just the right amount of bling.

The model included a black-and-white version on the shot, which can be viewed on Instagram. In her caption, she asked fans which one they liked best.

Her audience seemed to have mixed feelings on the matter. While many preferred to see Holly in color and said they loved the red-and-black combo, some noted the aesthetic beauty of black-and-white photography, saying it "has a film Noir classy feel" to it.

One person came up with a solution to appease both sides, suggesting a black-and-white shoot with just the red coat in color. 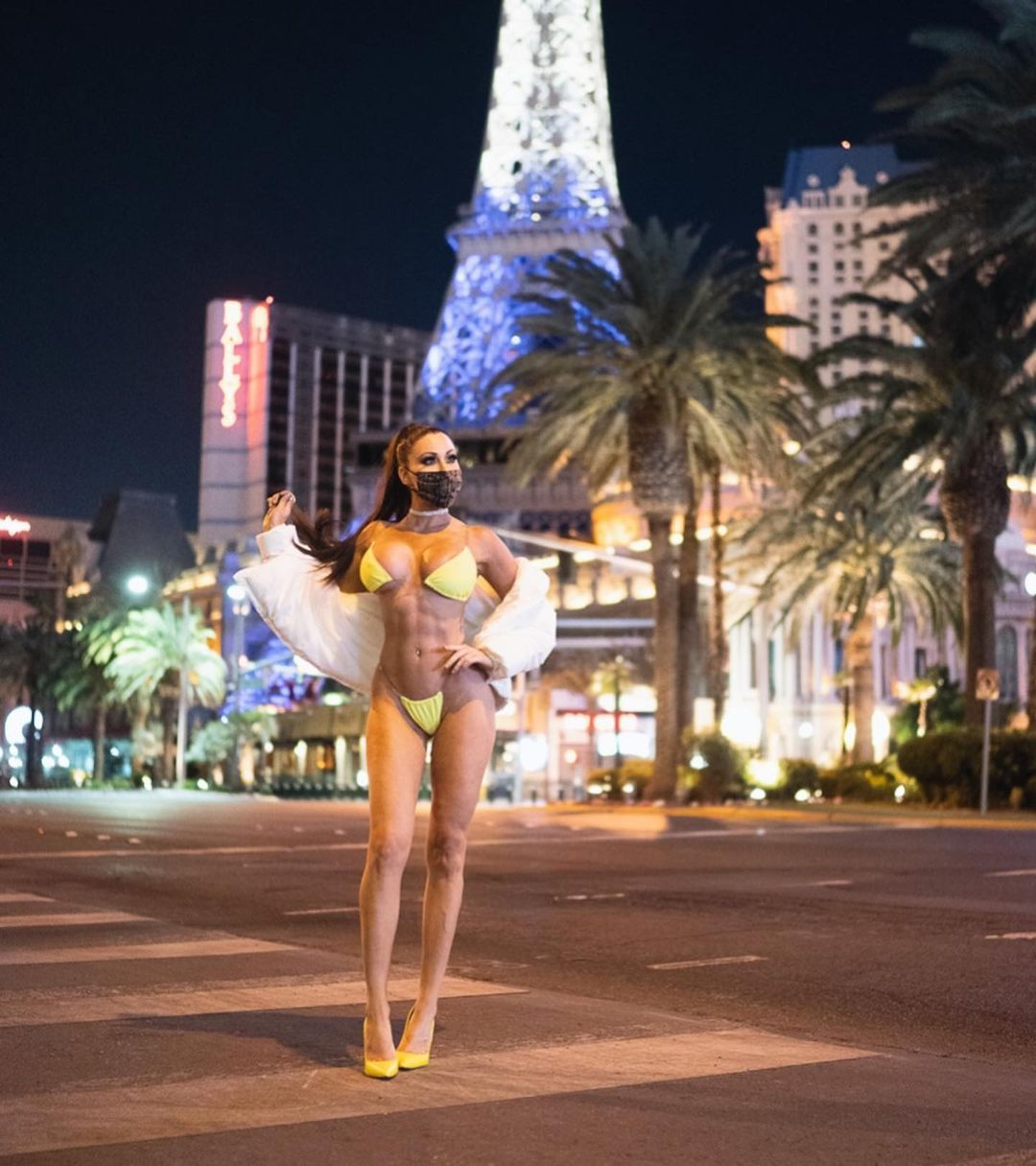 According to the geotag, the hot brunette was photographed somewhere in Los Angeles, California. A row of cars could be seen parked along the sidewalk, which was planted with trees.

Although there wasn't any visible traffic, Holly's fans pointed out her head-turning figure would be a major distraction for anyone circulating the street.

"I wish I was a cab driver," contemplated another fan.

"WISH YOU WERE ON MY STREET," a third Instagrammer wrote in all caps.

"Great being flashed by you Holly!" chimed in a fourth admirer.