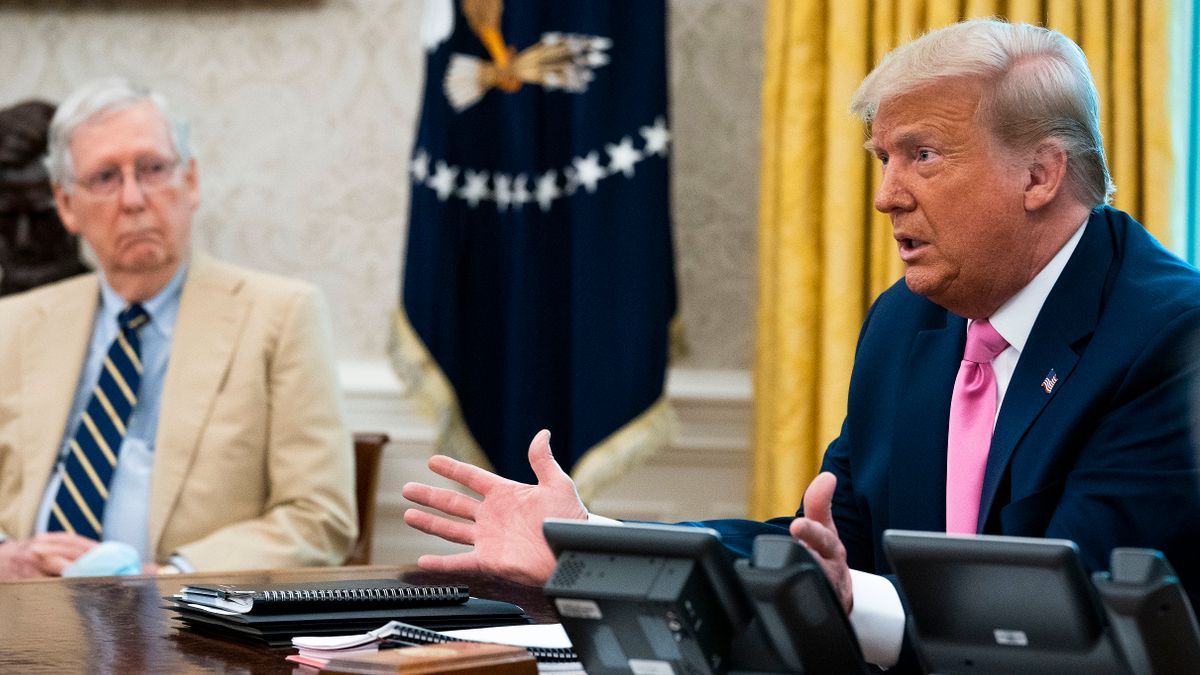 The ongoing feud between former President Donald Trump and Senate Minority Leader Mitch McConnell could cost the GOP in the 2020 midterm elections, according to some Republican operatives.

As The Hill reported on Saturday, some insiders fear that the GOP could descend into virtual civil war between Trump loyalists and moderate conservatives, who believe that the former president should stay out of the spotlight.

The Senate is split 50-50 between the two parties and Democrats have a small majority in the House of Representatives.

Some Fear A Repeat Of Georgia Runoffs

Republicans lost the Senate in January, after Democrats unseated two incumbents in the state of Georgia. Some blamed Trump for this, arguing that his debunked conspiracy theories about alleged voter fraud in the 2020 presidential election depressed voter turnout and demoralized the GOP base.

According to veteran Republican Party operative Brian Walsh, history may repeat itself.

"The rhetoric and phony allegations definitely impacted turnout in Georgia. When Republicans are talking about personal grievances, it detracts from the effort to win back the majority," Walsh explained.

Trump Loyalists Say McConnell Should Back Off 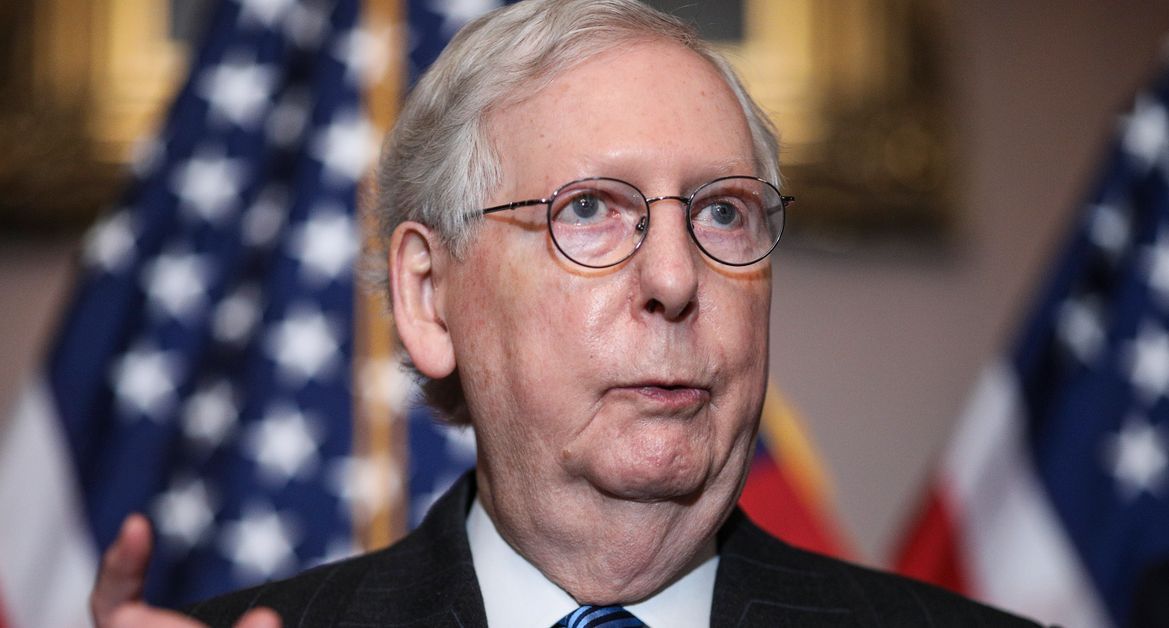 Those supportive of Trump believe that the former commander-in-chief needs to be allowed to play an active role in Republican politics, because he is still exceptionally popular with conservative voters across the nation.

"Usually, the fight is rigged against anti-establishment types, but this time it’s totally rigged against Mitch and the establishment because 80 percent of our voters disagree with him and he’s no longer facing someone he has a huge financial advantage over," a former Trump adviser told The Hill. 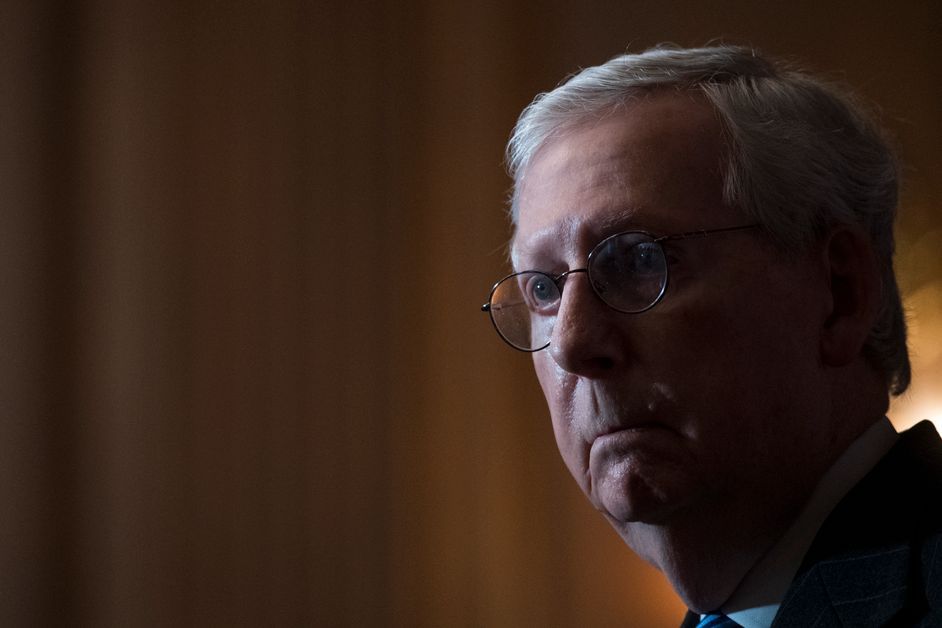 McConnell reportedly prefers "mainstream conservatives" over Trump-backed insurgents and believes they would be able to win crucial swing state seats.

"Put them in the hands of good candidates and give them the support of the national party," Black said.

In an interview earlier this month, the Senate minority leader explicitly said that he may not support Trump-backed candidates, stating that "electability" is all he really cares about.

Republicans Are Still Favored To Win In 2022 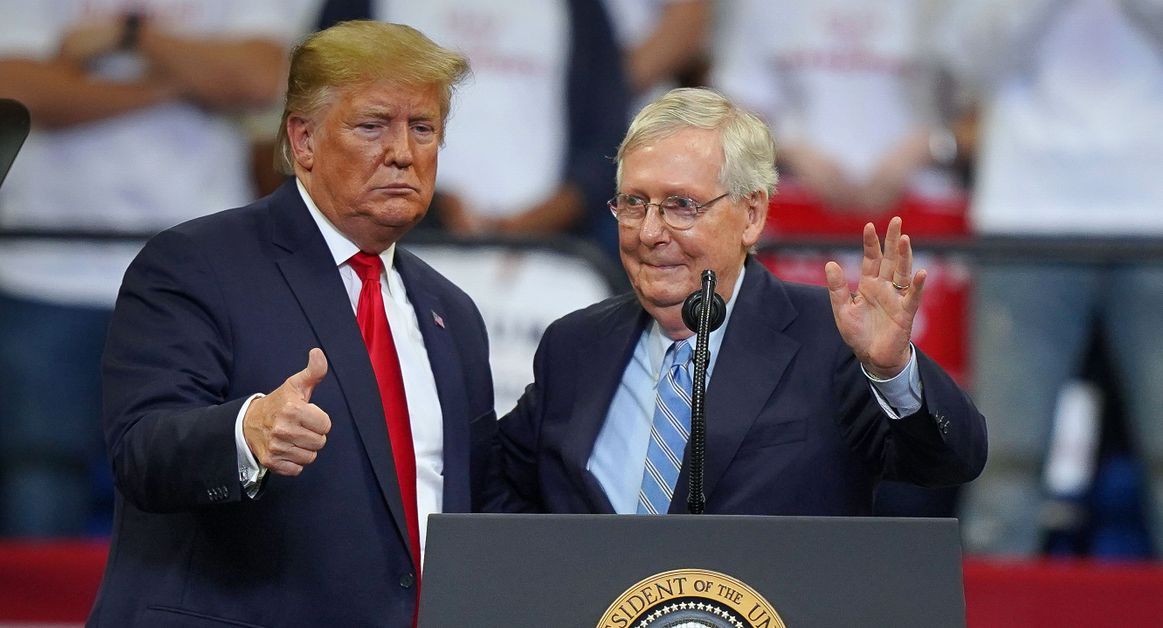 As CNN analyst Harry Enten recently pointed out, the party controlling the White House usually loses seats in both chambers of Congress. In 2022, Democrats will have to defend 14 Senate seats, so Republicans have a good chance of winning at least a few close races and taking back control of the upper chamber.

On the other hand, Enten noted, Republicans will have to defend 20 seats, which, at least in theory, leaves open the possibility for Democrats to pull an upset or two.