Stassie Karanikolaou is keeping the vacation content coming. The model recently returned home from a luxurious getaway in Mexico with her famous BFF Kylie Jenner, where she seemed to spend all of her time in scanty bikinis. She took to her Instagram account on Monday, January 25 to show off another "spicy" swimwear look from the tropical trip that has earned nothing but love in its short time on her feed.

The 23-year-old included a total of three photos in the steamy update that have quickly proven to be popular with her adoring fans. She stood in front of a vibrant yellow wall for the photo op with one leg crossed in front of the other, helping to accentuate her phenomenal physique and killer curves. She held what appeared to be a margarita in her hand in one of the photos and took a long sip from it as she gazed at the camera with a sultry stare.

Stassie looked hotter than ever as she worked the lens in a bold red bikini from Fashion Nova that complemented her gorgeous glow. The eye-popping two-piece included an underwire-style top with thin straps that were accented with silver beads, drawing attention to her toned arms and shoulders. An eyeful of her colossal cleavage could be seen thanks to the garment's deep scoop neckline that nearly spilled out entirely as she posed for one of the shots by leaning forward in a provocative manner.

The brunette bombshell sported the set's matching bikini bottoms as well. The garment allowed Stassie to flaunt her bodacious hips thanks to its daringly high-cut design that also offered a peek at her lean legs and shapely thigs. It had a curved waistband with stringy straps that were adorned in the same rhinestone-encrusted hardware. They were tied high up on her hips in dainty bows, drawing attention to her flat tummy and chiseled abs.

Stassie wore her dark locks down for the shoot, styling them in loose waves that cascaded over her shoulders and behind her back. She also added a single necklace with a gold cross pendant and stacks of bangle bracelets to give the look a hint of bling.

Fans of the social media star quickly took note of the sizzling new addition to her feed, with hundreds flocking to the comments section to show Stassie some love.

"Good lord," one person wrote, adding a slew of flame emoji to the end of his comment.

"You are the hottest," praised another fan.

The update has also racked up more than 333,000 likes within less than one hour of going live. 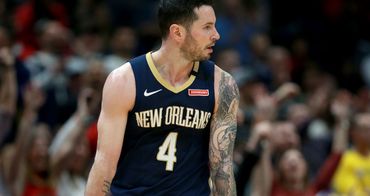 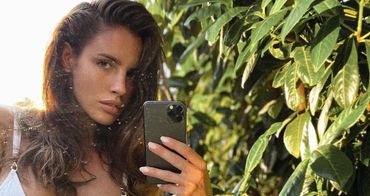