Season 4 of The Masked Singer airs episodes every Wednesday evening on Fox, with viewers trying to figure out which celebrities are singing underneath the wild costumes. One contestant that made a huge impression on fans last week was Jellyfish.

It was clear from the start that they are a female with a good voice. They appeared a little nervous at the beginning but managed to power through. It's not totally obvious if Jellyfish is someone who performs on stage for a living but they for sure impressed the panelists — Nicole Scherzinger, Jenny McCarthy, Robin Thicke, and Ken Jeong.

In their first clue package, they expressed they reigned supreme over an entire underwater kingdom. Jellyfish stated that after going from coast to coast for so long, their castle started to feel like a gilded cage. They were seen wearing a crown/tiara throughout and revealed they are stepping into the real world to experience the "cool, fun" things they have missed out on. Jellyfish was seen standing at the entrance to a party that had a rule board with lyrics to Billie Eilish's signature song "bad guy."

When it came down to the panel's guesses, they seemed to believe it was a young established star.

Scherzinger assumed it might be model and Lionel Richie's daughter, Sofia Richie. Thicke stated that Richie might be the best guess for Jellyfish.

Fans on social media don't agree and are pretty confident that singing sensation Billie Eilish is underneath the mask.

"If the jellyfish is anybody other then Billie Eilish I'll eat my own foot. there has been billie vibes since the costume reveal! No one does neon green like billie. #MaskedSinger," one user tweeted.

"Billie Eilish 100% for the jellyfish #TheMaskedSinger those hints were TOO easy," another person shared on Twitter.

"Watching the #TheMaskedSinger i think @billieeilish is the jellyfish! Her lyrics to bad guy were in the clue package!!! #jellyfishmask," remarked a third account in a tweet.

"DUDE LISTEN IM CALLING IT NOW THE JELLYFISH ON THE MASKED SINGER IS 1000000% BILLIE EILISH," a fourth user tweeted.

From the clues alone, it is understandable why viewers think Eilish is singing under the green costume.

The 18-year-old rose to fame in her early teens with her song "ocean eyes" and is known for her neon green hair. She has a hit song called "you should see me in a crown" and has embarked on tours around the globe. 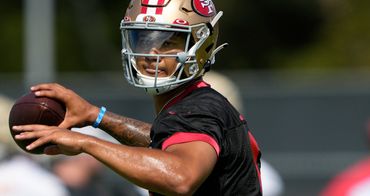