Actress Kelly McCreary recently shared how fans of Grey's Anatomy feel about her decision to wear her natural hair on the show.

The ABC star was a part of the Hollywood On Health panel in Los Angeles earlier this week and said that she was pleased with the reaction she received on the show over the past five seasons. Viewers have watched as her character, Dr. Maggie Pierce, rocked her natural curls on every episode that she has been in on the show.

Fans of Grey's can see McCreary wearing cute, curly updos, twist out styles or a curly afro on any occasion on the show. Although the natural hair movement has exploded in media and online, she said on the panel that seeing her character wear her curls has resonated with the black, female audience on Grey's.

"In-person, online, I get so many thankful black girls who are happy to see representation of a woman who looks like them," she shared, per Hollywood Life.

"What I feel like they mean by that is, she's not super done up. She's not a bombshell and she looks like somebody that they could also be. Not a fantasy of a person."

McCreary also continued to say that, for her, it was important that Maggie represented someone who seemed like a normal, average person. While she does feel that she could play someone more glamorous-looking in the future, she feels as if her current character's look is important for black women and girls to see on television, as well as the more sultry characters.

"You see a lot of black women on TV with straight hair," she said.

"I did growing up. But I also saw people in my life who had little teeny weeny 'fros. The women on TV were the same to me as the women in my life."

While she may be a natural hair icon on the show, McCreary admitted that she doesn't have a curly hair routine for her fans. She said that since going natural in college, she has tried "70 million things" for her hair and switches it up with wigs and extensions often.Grey's viewers first met McCreary's character, Maggie, in Season 10. The character came in as the secret sibling of the show's central character Meredith Grey (Ellen Pompeo). She soon became a fan-favorite on the show through her storylines and budding romances. The longtime ABC drama was recently a trending topic on social media after one of its original cast members, Justin Chambers, announced he was leaving the show after 16 seasons.
Latest Headlines 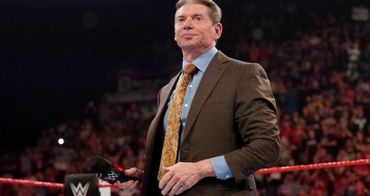