Although Elizabeth Warren's campaign pledged not to attend big-money fundraisers during the primary, she claimed that she would accept such money if she won the Democratic nomination. This admission led some to believe that her grassroots campaign was not as progressive as she was leading on and drew criticism for the wealthy donor funding that paved the way for her primary run.

Warren now says that she will not be doing big-money fundraisers if she secures the nomination. Per The New York Times, the Massachusetts senator made the revelation in a CBS News interview that aired Tuesday evening.

"No, I will not be forced to make changes in how I raise money. Look, for me this is pretty straightforward. Either you think democracy works and electing a president is all about going behind closed doors with bazillionaires and corporate executives and lobbyists and scooping up as much money as possible. Or you think it's about a grassroots, let's build this from the ground up."

When CBS's Zak Hudak asked Warren if her position would remain the same regardless of how much Donald Trump raised, she said that it would.

"I'm just not going to do it," she said. "The whole notion behind this campaign is that we can build this together. And that's exactly what we're doing."

Warren recently came under fire for allegedly lying about losing her former teaching job due to her pregnancy. Documents spotlighted by The Washington Free Beacon suggested that the Democratic candidate was approved for a second year of teaching by the Riverdale Board of Education in New Jersey via a "unanimous" vote, adding that Warren's resignation was "accepted with regret." Despite the report, Warren stood by her story and highlighted that her firing took place in 1971, which is before Congress made it illegal to discriminate based on pregnancy.

And with that Quinnipiac poll, Biden falls out of the lead on the RCP average for the first time all year. Now a co “front-runner” with Warren.

Per FiveThirtyEight, Warren's media coverage has been almost unanimously positive thus far. Her steady climb in the polls as been accompanied by "glowing profiles," even following the controversy stemming from the results of her DNA test, which revealed she was just 1/1024th Native American, despite her past claims.

Warren is now the Democratic frontrunner by a hair after recently edging out Joe Biden. She has an average of 26.6 percent support in the polls, while Joe Biden has 26.4 percent support. Bernie Sanders is in 3rd with 14.6 percent, followed by Pete Buttigieg with 5.6 percent, Kamala Harris with 4.4 percent, and Andrew Yang with 2.8 percent.

The 70-year-old Democrat is set to appear in both the October and November debates. 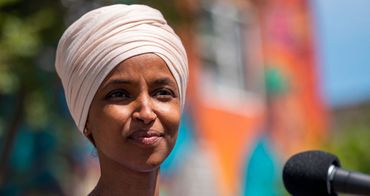