Rachel Bush is giving her Instagram followers quite an eyeful.

The Maxim model took to the social media site on Thursday to share a very revealing picture of herself wearing a thong bikini. The Instagram picture showed Rachel taking a selfie in a very upscale-looking bathroom, turned away from the camera to give viewers a full view of her backside.

Rachel's followers seemed to appreciate the contribution, with many leaving praise for her curvaceous physique.

"Baby got back!" another wrote.

The 21-year-old model has used the attention from her famous husband to launch her career as a social media influencer and model. Rachel is married to Buffalo Bills safety, Jordan Poyer, a relationship that helped Rachel to gain a foothold in a very crowded landscape of Instagram models, though it was Rachel's very ample assets and her penchant for sharing revealing pictures that helped her to find a massive following. Rachel has more than doubled her Instagram followers in just the last few months, recently topping the 1 million mark and moving steadily toward 2 million.

Bush has also branched out beyond Instagram, appearing in Maxim and hosting events. She has used the page to foster some strong connections with her followers, frequently giving them glimpses into the life of a busy football wife and mother to a young daughter. Rachel frequently uses her page to connect with fans, posing questions to launch conversations with them, and sharing invites to fitness events that she hosts.

While her husband and his $13 million contract may be the family's main breadwinner, Rachel is likely no slouch when it come to income. As part of the upper tier of Instagram influencers with more than 1 million followers, Bush has the ability to make some significant pay for the sponsored posts she shares promoting some major fashion and swimwear companies. As Mic reported, experts say that top influencers receive an average of $1,000 per 100,000 followers, meaning Bush can pull up to $10,000 for the posts she frequently shares on her page.

Those experts add that a following isn't everything --- an influencer must know how to put out content that their subscribers want. That's a skill that Rachel Bush has seemed to excel at, as her racy pictures frequently gain viral attention and have even earned her a stable of celebrity fans. Fellow social media sensation and reality television star Khloe Kardashian is a frequent commenter on Rachel's posts. 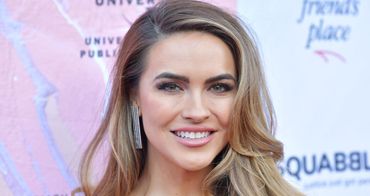