Nicole Scherzinger Gets Candid About Her Battle With Body Dysmorphia

Nicole Scherzinger is getting candid about a tough topic in her life.

As fans of the black-haired beauty know, Nicole has gone through many ups and downs in her life, as well as in her career, and in a recent video, the former Pussycat Doll is being more open and honest than ever. According to The Daily Mail, the 40-year-old talked about her struggles in a video for the #MyYoungerSelf mental health awareness campaign for the Child Mind Institute.

In the video, Scherzinger admitted that she had a pretty rough time growing up. Not only does she share that she struggled to fit in, but she says that also felt like she didn't even belong in her own skin. The singer also noted that she didn't really like herself very much, in part, due to her body dysmorphia.

"I was just really hard on myself, I had a lot of struggles with self-esteem and a lot of insecurities and later on that resulted in me having eating disorders because of my body dysmorphia."

"I would tell my younger self that you are perfect just the way that God made you. You are precious and you have purpose," Scherzinger can be heard telling fans in the video.

"You're going to go through a lot of pain and struggles in life but there is purpose in that pain and there's a bigger plan. And when you go through those struggles and challenges it's going to be preparing you and protecting you, Nicole."

Toward the end of the video, the 40-year-old goes on to point out that the reason that she didn't fit in when she was growing up was because she was meant to stand out. She advises listeners to hold on to hope and not give up, even when things are really hard. Scherzinger then reiterates to her fans that they are worth it, and they have great purpose, noting that sometimes you just have to wait a little longer before you realize it.

In 2014, Nicole also opened up about her eating disorder to Cosmopolitan UK. During this particular interview, Scherzinger went into a lot of detail, calling her disorder a "paralyzing disease" that she never wants to let happen again. But judging by her Instagram page, and her most recent words of wisdom in the video, it's safe to say that she has come a very long way from her dark past and she's inspiring others who are going through similar things.

Fans can keep up with all of the happenings in Scherzinger's life by following her on Instagram. 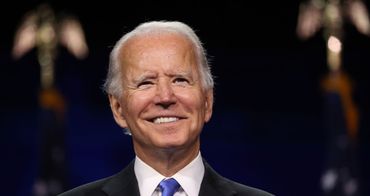