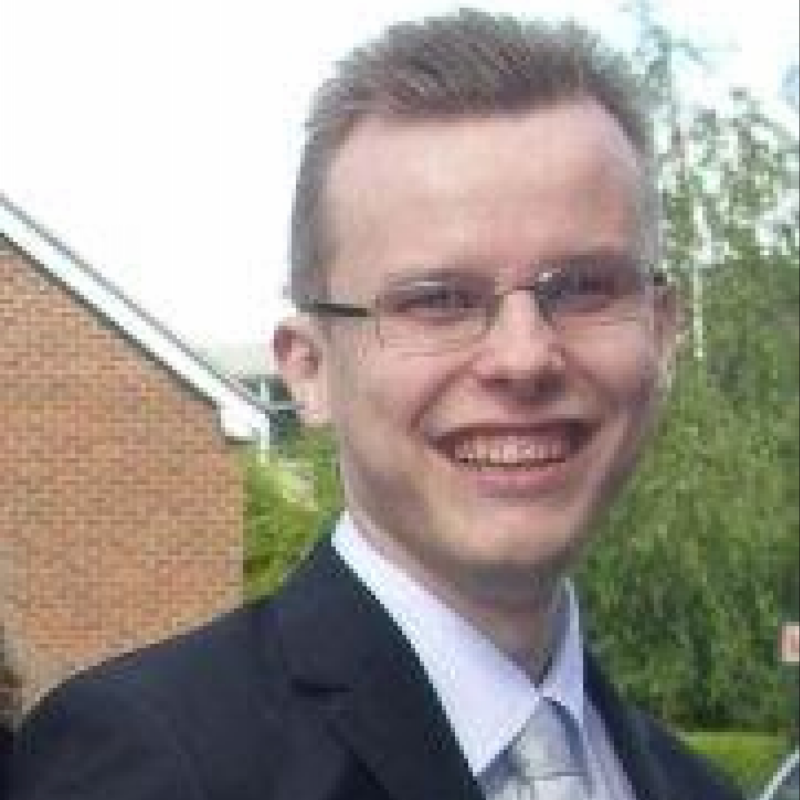 There's a lot more to the Star Wars franchise than just a blockbuster series of movies. In fact, the franchise explores multiple media, including a range of New York Times bestseller novels. The more recent books are considered equally canon to the Star Wars story as the films themselves, and Lucasfilm has worked hard to thread a single narrative through them. This year has even seen the official "Journey to the Last Jedi" range, books that are designed to set up Episode VIII.

What clues have Lucasfilm presented us with through these novels? What secrets of Star Wars: The Last Jedi have been hinted at, or revealed? The range is almost complete, with only Canto Bight due for release on December 5. That last book will be mostly focused on the world of Canto Bight, fleshing out this new Star Wars location. So we're in a good place to examine the range so far and ask what it's revealed about the grand, sweeping narrative of galactic history.

Heading to @SW_Celebration next week? We have exclusive A2 #VoteLeia poster with every purchase! (While stocks last) pic.twitter.com/2ht9jyBwD0

Let's start with Claudia Gray's Bloodline, a novel that's set only six years before the events of The Force Awakens. Until this year's marketing push for The Last Jedi, this was literally the only novel to really set the scene for the Sequel Trilogy. It opens with Leia as a senator in the New Republic and sees her actually launch a campaign to become Chief of State. Unfortunately, her campaign is fatally undermined by political divisions clearly tied to Imperial loyalists. When political opponents learn that she's actually the daughter of Darth Vader, they use Leia's decades of secrecy against her, and publicly expose the Alderaanian princess.

Shamed, Leia leaves the Senate — but she knows her battle is far from over. She reaches out to old friends and allies, including Mon Mothma and Admiral Ackbar, and asks them to help her to form a Resistance. She believes the Empire is about to return and it's a matter of record that she's right.

Bloodline may not be part of the official "Journey to the Last Jedi" range, but it's essential reading for the film nonetheless. It reveals that vast portions of the New Republic were actually loyal to the Empire, and keen to secede to the First Order when they launched their initial blitzkrieg across the galaxy. Significantly, it also reveals that Leia had kept her ties to Darth Vader secret, even from her own son. That means Ben Solo first learned he was the grandson of the Sith Lord just six years before The Force Awakens.

ICYMI The cover for Empire's End , the finale to the #Aftermath trilogy has been unveiled. Jan 2017 #EverythingEnds pic.twitter.com/2mHMrgwTcl

Chuck Wendig's "Aftermath" trilogy came to a close with Aftermath: Empire's End, released in February this year. Set in the years immediately after Return of the Jedi, the trilogy charts the fall of the Empire — in accordance with Palpatine's will. We learn that Palpatine had set in motion a chain of events that, should he ever die, would literally destroy the Empire. He didn't see why any successor should gain from his defeat.

This final book is a vitally important one, offering clues as to the formation of the First Order and the origin of Supreme Leader Snoke. It seems Palpatine had sensed some powerful dark side being watching the galaxy from the Unknown Regions and had exerted great effort to try to chart the Unknown Regions and reach this being.

"The Emperor was convinced that something waited for him out there — some origin of the Force, some dark presence formed of malevolent substance. He said he could feel the waves of it radiating out now that the way was clear. The Emperor called it a signal — conveniently one that only he could hear. Even his greatest enforcer, Vader, seemed oblivious to it, and Vader also claimed mastery over the dark Force, did he not? Rax believed Palpatine had gone mad."

In another chilling scene, Leia senses the dark side watching the unborn child within her womb. Together, the two moments suggest that Snoke is a being of tremendous dark side power, and has been watching the galaxy for a long time. Now, even as the Empire finally collapses, Snoke fixes his gaze on Leia's child. In a dark inversion of the Messianic imagery of the Chosen One in the Prequels, Snoke chooses Ben Solo before he is even born.

The novel ends with the Empire's final defeat, and the remaining Imperial forces flee to the Unknown Regions. There, we're left expecting them to consolidate their power and transform into the First Order. They'll also clearly come into contact with Snoke.

Claudia Gray's Bloodline was tremendously popular and the author returned this year to write Leia: Princess of Alderaan. This novel is set three years before A New Hope and introduces us to Leia as she joins the Imperial Apprentice Legislature. There, she receives the essential training to become a member of the Senate, representing her homeworld of Alderaan. At the same time, she uncovers her parents' involvement in the early Rebel Alliance and decides she too will support the Rebellion.

On the face of it, this book is strongly tied to the Original Trilogy rather than to the Sequels. That said, it contains two explicit ties to The Last Jedi. The first is that it introduces us to the planet Crait, a Rebel Alliance base during the early years of the Rebellion. This same world will be used by the Resistance decades later, chosen by Leia as a base as they battle against the First Order.

The second connection is the more intriguing. We meet Leia's fellow Imperial Apprentice, Amilyn Holdo. Whimsical and mercurial, she's something of a 'Luna Lovegood' type character, rebelling against her idyllic homeworld of Gatalenta and determined to pursue a life of action and adventure. The character will actually appear in The Last Jedi, played by Laura Dern. By the time of the Sequel Trilogy, she's become a Vice-Admiral, and could well be an important character going forward.

Fans are fascinated by Vice-Admiral Holdo, not least because of a throwaway remark in the book suggesting she could well be LGBT. Teasing Leia over a childhood crush, Holdo joked that she considered restricting herself to men (or even humans) to be "so limiting." There are also subtle hints that she may be a practitioner of the Church of the Force, the Force sect who gave Luke the coordinates to Ahch-To.

Captain Phasma display at the after party for the World Premiere of Star Wars: The Force Awakens. [Image by Alberto E. Rodriguez/Getty Images]

Delilah S. Dawson returned to join the "Journey to the Last Jedi" marketing push, writing a bleak novel simply titled Phasma. The book is set shortly after the First Order has appeared on the galactic scene, although significantly Ben Solo has already become Kylo Ren (there's a brief cameo). It features a Resistance spy, Vi Moradi, who is captured by the First Order. It turns out Vi has just been on a mission to learn the secrets of Captain Phasma, the warrior who trains the First Order's stormtroopers. Vi is smart and quick-witted, soon spotting an opportunity to use her knowledge to create division in the First Order ranks. In the end, she escapes alongside a First Order defector, Cardinal.

The story's a fascinating one and gives a strong sense of Phasma's character and background. At the same time, it avoids giving us any details about the First Order's rise, settling for subtle hints that may come to nothing. The only thing we can say for certain in the wake of Phasma is that Gwendoline Christie's character will play an important role in The Last Jedi, given Lucasfilm has actually published a canon novel exploring her backstory.

The most recent of the "Journey to the Last Jedi" novels, The Legends of Luke Skywalker is set on a ship heading to Canto Bight. It features passengers (and a stowaway) on the ship trading stories of Luke Skywalker, and they're clearly all meant to be legends. Like all legends though, they contain kernels of truth, and it's possible to sift through the book and work out quite a lot about Luke's personal journey after Return of the Jedi.

It seems that Luke took the command to pass on what he had learned seriously, and scoured the galaxy seeking Jedi artifacts. He swiftly learned that the Empire had done a good job of destroying all records of the Jedi, but moved on to learning from other Force traditions.

"There are a thousand names for the truth. It doesn't matter what we call it, only that it is true."

The most important story, told by the most reliable narrator, is called "Fishing in the Deluge." It features Luke learning the ways of "the Tide" from Force-sensitives on the oceanic world of Lew'el. The Lew'el reject the notions of light and dark, believing the Force instead to be a unified whole, and encourage Luke to cease attempting to impose his will upon the Force. Instead, they stress the importance of trusting the Force.

The story closes with a fascinating speech from Luke, one that seems to foretell his eventual retreat to Ahch-To.

"There are more ways to serve good than by fighting and confronting evil. You also serve the good by standing guard and maintaining pools of tranquility and peace; you also rebuke evil by showing that there is another way than death and violence. We are all connected through [the Force], and there's a time and place to rest, as well as a time and place to act."

So far, the novels have done little more than set the scene for The Last Jedi. They've revealed that Leia isn't just a key figure in the Resistance, she was its founder. Snoke is no being we've met before, but instead is "some origin of the Force, some dark presence formed of malevolent substance" who has watched the galaxy for countless years. And Luke has been missing from the galaxy for far less time than we'd perhaps expected. His hermitage only began after Kylo Ren slaughtered his Jedi, after all.

We'll get far more answers to our questions on December 15, when The Last Jedi finally releases. For now, it's fascinating to see how Lucasfilm is preparing the ground for the future of the Star Wars galaxy.