The wrestling world is a lot less bright and certainly not as humorous as it used to be as Bobby "The Brain" Heenan has passed away. He will forever be known as one of the greatest managers and announcers in the history of professional wrestling, as he left his mark in AWA, WCW, WWE, and so many other promotions. The world lost a great one and wrestling will never ever be the same.

On Sunday evening, word began making the rounds on social media, and then, the official website of WWE confirmed the passing of the Hall of Famer. He molded numerous superstars and led so many of them to greatness in the more than four decades he spent in wrestling.

Bobby Heenan, often referred to as simply "The Brain," is seen as one of the greatest heel managers in the history of the sport. Going a step further, it is hard to name a single announcer who was better at the heel persona and all you have to do is go back and listen to him when he was behind the desk.

It's truly a sad day for all wrestling fans everywhere as an icon and a legend is gone too soon.

BREAKING NEWS: @WWE is saddened to learn that WWE Hall of Famer Bobby Heenan has passed away at age 73. https://t.co/n5ObLc5aAR

— WWE (@WWE) September 17, 2017After moving away from ringside and the announcer's booth, Heenan continued to make appearances at events and at conventions. There were many years, though, when he made no appearances due to having his jaw removed after suffering from throat cancer.

In time, he would eventually schedule some appearances, but his ability to talk was hindered greatly and he hadn't spoken publicly in a long time. As reported by Metro, he managed some of the true greats, including Andre the Giant, Ravishing Rick Rude, Mr. Perfect, Haku, Ric Flair, King Kong Bundy, Arn Anderson, and so many more.

News of Heenan's death first started being passed around after his good friend, Jim Ross, tweeted about the loss of the man affectionately known as "The Weasel."

The news of Bobby "The Brain" Heenan's passing today gutted me.

I loved our time together.

No one ever did it better than the Wease.

— Jim Ross (@JRsBBQ) September 17, 2017Once it was known and confirmed by WWE, many superstars and wrestling personalities began tweeting their condolences and memories.

Just learned of Bobby The Brain's passing. My all time favorite entertainer and the main reason I dreamed of working at @WWE Rest easy Brain

Bobby Heenan was pure magic. Out of all his talents, his ability to make anyone laugh will live on forever. RIP. pic.twitter.com/4N7eFz50qI

Hearing of the passing of Bobby Heenan certainly brings sadness, but, being blessed to witness his genius 1st hand, also brings a smile, RIP

Today we lost one of our legends.

Im just happy the last words I said to him were, "I love you Bobby."

Bobby Heenan passes away on the night of the Emmys. If there was any justice he would've won a truckload. Absolutely legendary. #RIPBrain

RIP #BobbyHeenan. It was a privilege

Bobby Heenan died today and it has left me very sad. He was the best of the best in the biz and a friend. RIP Bobby. Praying for you Cindy pic.twitter.com/T8wuFAYuST

#RIP Bobby Heenan quite probably the greatest all around wrestling performer ever.

Such sad news. So grateful to have worked with wrestling's clown prince. He did it all and no one did it better. RIP Bobby Heenan pic.twitter.com/wku2notF2H

Hard to find words. R.I.P. Bobby Heenan. He was a father, brother, mentor and friend to me. Talent personified. I will miss you my friend pic.twitter.com/cVf9RTkVZj

Transitioning into Color Commentary, I've been studying #BobbyHeenan as of late, his Talk Show being my favorite. A brilliant mind. #RIP????

Sad to hear we lost an awesome 1 today unfortunately, the great Bobby Heenan. A LEGIT icon from our World of Pro Wrestling. #TheBrain #RIP

One of the greatest managers and announcers in WWE history. Our thoughts are with the Heenan family. pic.twitter.com/r9A3IJlSoP

— Vince McMahon (@VinceMcMahon) September 18, 2017Bobby "The Brain" Heenan had become very sick over the past few years due to throat cancer and many wondered how much longer he would have in this world. For those that were able to ever spend any time with him, they are considered to be very lucky. The death of Heenan is one that will hit a lot of people in and outside of the WWE very hard, as he was a true friend to so many. Now, one of the greatest and funniest heel personalities in wrestling will be arguing with the other side. 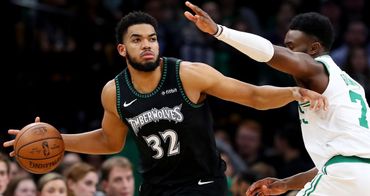