Bloomberg is reporting that an Austrian court has ruled that Dmitry Firtash, described by MSNBC's Rachel Maddow as an "oligarch" with connections to President Donald Trump's one-time national campaign manager Paul Manafort, will be extradited to the United States to face trial for "corruption charges." Manafort stepped down from the Trump campaign on August 19, 2016.

Paul Manafort had worked with former Ukrainian President Viktor Yanukovych, an ally of Russian President Vladimir Putin, during his run for the former Soviet state's presidency. Three weeks after Yanukovych was "run out" of the Ukraine, in 2014, Dmitry Firtash was arrested while in Austria.

The Paul Manafort-Dmitry Firtash connection is reported date back to at least 2008, when the two had plans to invest $900 million into revamping New York City's Drake Hotel that never came to fruition. It has been alleged that the entire deal was conceived as a way for Dmitry Firtash to "park his ill-gotten billions that he had siphoned out of Ukraine."

Until today, requests on the part of the Federal Bureau of Investigation to extradite the businessman to the United States, where Firtash has been indicted, had been turned down by Austria courts, despite the fact that they were willing to arrest and detain him.

Firtash has reportedly denied the charges against him. He was said to have paid a $174 million Austrian bond that allowed him to remain free, within the European nation, with cash, leaving him stranded for close to three years.

Previous denials to extradite Firtash on the part of the Austrians were reported to be based on a perception that the charges against him are "politically motivated" and an attempt to "eliminate him from Ukrainian politics because he's perceived as pro-Russian." New evidence, in the form of wiretaps, is said to have motivated the appeals court to change their stance.

Rachel Maddow noted that newly appointed U.S. Attorney General Jeff Sessions was chosen by President Trump, for whom Paul Manafort worked. The MSNBC host described the affair as a "test" of whether prosecutors, who ultimately report to Sessions, will vigorously pursue Firtash or let the case "slide."

"A lot of people will call me a Russian agent, a U.S. agent, a C.I.A. agent," Artemenko was quoted.

The Times described Artemenko's and Sater's pasts as "questionable. Sater is said to have once plead guilty to involvement in a mafia stock scheme. Artemenko served two years in a Kiev jail on "embezzlement" charges that were later dropped.

The result of the meeting with Cohen was said to be a plan for peace between the United States and Russia that Rachel Maddow described as "giving Vladimir Putin everything he could ever want." The plan is said to include deposing the current Ukrainian president, Russia being permitting to maintain control of Crimea, and the United States dropping sanctions against Russia, put in place as a response to its annexation of the independent nation.

"Obviously, this is a very fair deal," Maddow said sarcastically.

Reporting on the story from the Times and the Post diverges at this point, with the Times reporting that Michael Cohen hand delivered an envelope containing an outline of the plan to then-National Security Adviser Michael Flynn at the White House.

The Times reports that Cohen personally stated that he left a "sealed envelope" with the plan in the office of Flynn. However, the Post reports that, when speaking with them, Cohen denied leaving a copy of the plan with Michael Flynn, or discussing it with him, and called the accusations "fake news." He did confirm that the meeting with Flynn actually occurred. Both publications are reportedly standing by their reporting of Michael Cohen's seemingly contradictory accounts of events.

Maddow suggested that Cohen is "lying to one of those two papers." 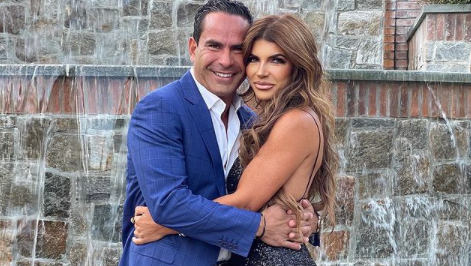