See The Moon Despite The Clouds With Crowdfunded Space Startup

This weekend, armchair astronomers are being treated to a visual treat with a lunar eclipse, a full moon, and green comet fly-by, but much of the country won't see them because of the winter storms.

That's where a crowdfunded space startup called MoonWatcher comes in. In 2018, the company plans to launch the world's first private satellite with a state of the art camera into low-Earth orbit where it can beam back high definition images of the lunar surface.

The MoonWatcher lunar image video stream will only be possible, however, if the crowdfunded space startup can raise $150,000 by March 12, according to the company's Kickstarter page.

"Imagine seeing the Moon as only astronauts have seen it before."

The live stream of the lunar surface will be beamed directly to users' smartphones, PCs, and other mobile devices where it can be used in classrooms around the world to inspire the next generation of space explorers.

The space startup plans to accompany its live detailed view of the moon with information detailing the latest scientific breakthroughs and lunar news, as MoonWatcher co-founder Blair DeWitt said in a press release.

"I wanted everyone to see the Moon close up, whenever they wanted. Not everyone lives by an observatory or has the means to buy a high-powered telescope."

The space startup has donation levels varying from $1 to $10,000 and is offering rewards from a MoonWatcher mission patch and stress ball at the lowest levels to a Virgin Galactic VIP experience at the higher funding levels.

The company hopes its unique streaming video experience will encourage students to learn more about the moon's surface and cis-lunar space, the next frontier in the developing space-based economy.

The company has already contracted with Virgin Galactic to boost their high-definition camera, attached to a smallsat, into low-Earth orbit with the LauncherOne rocket in February of 2018, according to their Kickstarter page.

"The Moon is our unsung hero. We forget that the Moon protects us from asteroids, meteor showers, solar winds and more. And we never see these threats from the Moon's perspective."

During phase two of the company's plan, MoonWatcher plans to launch a fleet of satellites into orbit around the moon itself to observe economic developments on the lunar surface.

With MoonExpress planning to launch mining operations, and Google Lunar X Prize contestants set to launch their robots to the moon's surface, the space startup MoonWatcher is ready to record it all, according to the Kickstarter page.

"When you think about the recent developments in camera and recording technology that we have already undergone, it is surprising that the Moon has not been considered."

Crowdfunded space startups seem to be all the rage these days. Another company, this one ranked No. 1 of Ten European Growth Businesses to Watch in 2017 by Forbes, aims to launch a citizen astronaut into orbit in 2018.

The Cohu Experience, a Finnish space startup, aims to launch a smartphone app where armchair astronauts around the world can join teams and compete to win points to earn a seat on board a suborbital flight.

As the space race heats up again, private companies like SpaceX, Boeing, and Lockhead Martin are preparing to build the infrastructure for a developing cis-lunar economy.

With asteroid mining companies preparing to launch the world's first prospecting spacecraft and NASA preparing to hand over the International Space Station to commercial partners, the world is looking to the next generation to lead the way.

MoonWatcher hopes to play an important part in the education process by inspiring the next generation of astronauts to study space, according to the company's Kickstarter.

"This is the first step to giving the public, educators and scientists equal access to a view of the lunar surface that was previously only available to a few."

Would you donate to a crowdfunded space startup? 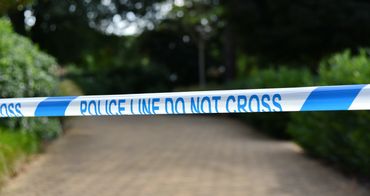 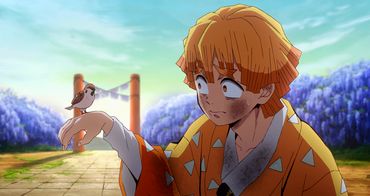