What has 24 legs, 12 big hearts, over $125 billion, and the desire for charitable giving? The Titans of Philanthropy.

So how do you become one of the Titans?

According to Forbes, the photo was taken by Michael Prince in the Trustees Room at the New York Public Library during the first ever Forbes 400 Summit on Philanthropy. More than 160 billionaires attended the summit, but only the “Titans of Philanthropy” will grace the cover.

“The cover was shot dozens of times in advance using stand-ins to ensure perfect lighting and focus when the actual subjects arrived. When they did, it was a magic. $126 billion of personal net worth, incredible business achievement — and a desire to change the world on a massive scale. It was a moment of business and philanthropic history — and a photo for the ages.”

Here’s a look at the new Forbes cover. 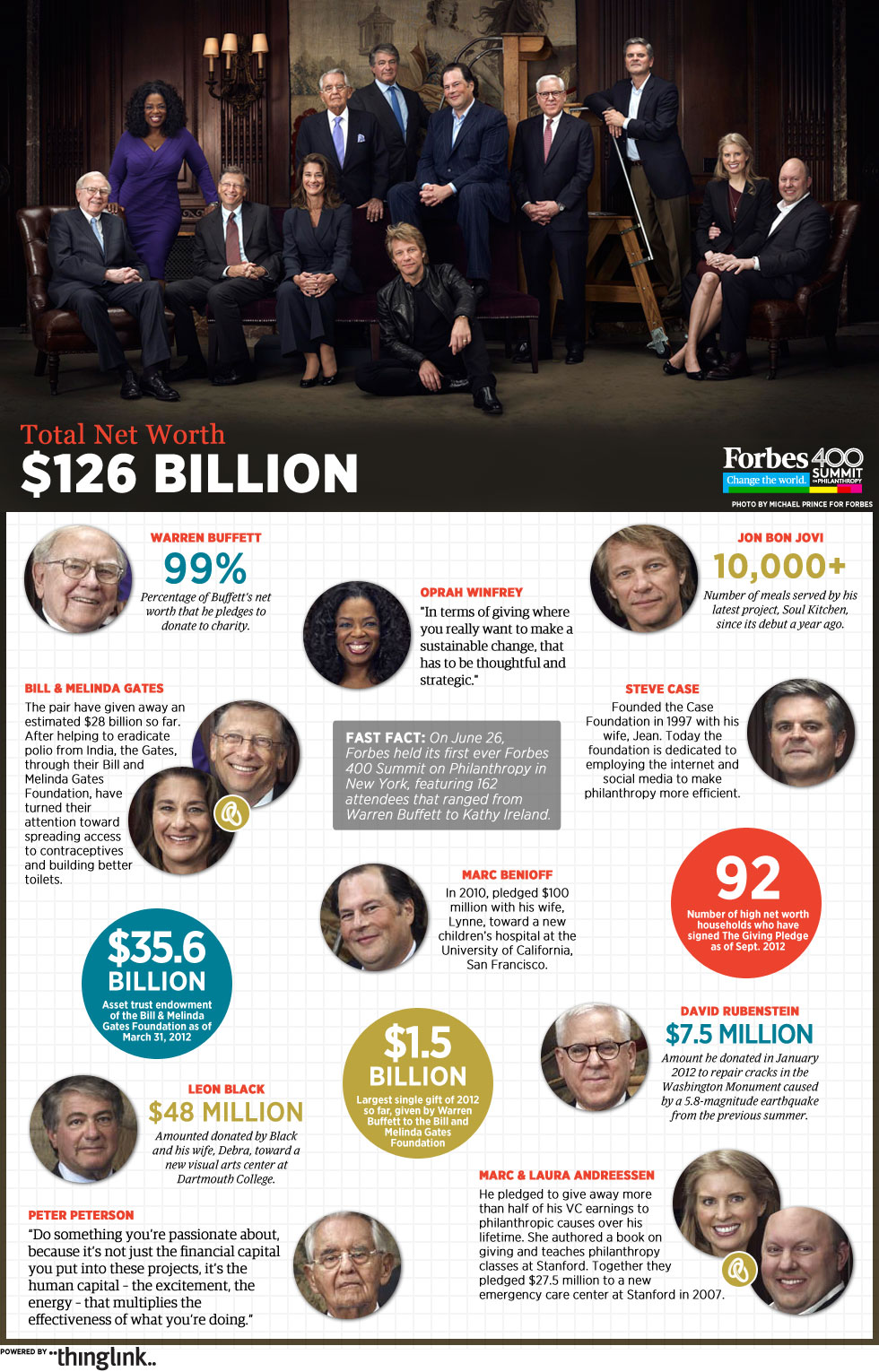 Here’s a video from Forbes.

Jessica Simpson Has Fans Doing A Double Take As She Posts Childhood Throwback With Her Mom January 18, 2021

Sarah Harris Nearly Spills Out Of Her Bikini Top While Enjoying A Sweet Treat January 18, 2021