Hillary Clinton was declared the winner of New York's Democratic primary, but the election has yet to be certified. Meanwhile, New Yorkers who voted using provisional ballots wait on the outcome of a federal lawsuit to learn the fate of their cast primary votes. Attorneys on behalf of Election Justice USA and New York's provisional voters filed an emergency lawsuit on Monday, the day before the New York primary. Though the judge denied the plaintiffs' request for an emergency open primary in the state, the judge did allow Election Justice USA to move forward on other points in the lawsuit. Those provisional ballots may end up being counted before the election is certified, after all.

— Jenny Cat (@JennyCat12345) April 20, 2016Wednesday afternoon and into the night, protesters gathered in Brooklyn, New York, to voice their opposition against what they say was voter suppression and voter disenfranchising. As the protest geared up, the lawyers for Election Justice USA delivered summons to the Brooklyn Board of Elections and the New York State Board of Elections, according to a report from the Young Turks political reporter Jordan Chariton in what is becoming a series of casual, spontaneous live video updates directly to social media on the subject.

— Jordan (@JordanChariton) April 20, 2016New Yorker Mary Trimble said that the alleged voter suppression situation in Brooklyn was even worse than is being reported.

"There were no democratic ballots at my voting station!! They didn't run out, there were NONE delivered!! That's just WRONG!"

Brooklyn, New York, Bernie Sanders' hometown, was reportedly the most badly affected area for hopeful voters. Just before polls closed at 9 p.m., the polling site coordinator of Brooklyn Borough Hall estimated that about one-tenth of all voters who showed up to vote there had been removed by the Board and were unable to vote using a standard ballot. According to the New York Times election results, among standard votes that were counted after the primary, 174,236 votes had been cast for Clinton and 116,327 votes were cast for Bernie Sanders in Brooklyn. From the Clinton after-election party at The Sheraton, Ed Schultz of RT reported, "The results tonight don't really matter." Schultz thinks that the provisional ballots and pending audit could even affect Clinton's Big Apple win.

Sanders' supporters outside Brooklyn's Board of Election office tonight, protesting the re… https://t.co/C4otxvyexK pic.twitter.com/EqzP2rULrh

— Sanders Will Win (@sanderswillwin) April 21, 2016While Brooklyn had the most significant issues during Tuesday's primary election, there were also issues in Long Island, Manhattan, and even in Upstate New York, CNN reported. In East Hampton, a poll worker said that almost one-fifth of the voters at her location had to cast their votes on provisional ballots. Voters have even reported that some poll workers were checking Clinton's name on some Spanish-only-speaking New Yorkers' standard ballots, though those reports have not been verified.

— Jordan (@JordanChariton) April 21, 2016The issue with voters' party affiliations was first identified in an analysis of state voter enrollment statistics by WNYC's Brigid Bergin, but the removal of voters is not some conspiracy theory made up by Sanders' supporters, as many are claiming on social media. The Board of Elections confirmed that more than 120,000 voters were dropped in Brooklyn alone since November, after the October registration deadline, according to NPR.

In a letter to Michael J. Ryan, the New York City Board of Election's Executive Director, Comptroller Scott Stringer stated that an audit was in order.

"These errors have conspired to bar first time and longtime voters from exercising their fundamental democratic right," he wrote, citing poll site operations, voter communications, poll worker training, and voter disenfranchisement as the areas of concern that required a response to his inquiry.

Bigger media starting to cover clear conflict of interest in audit of Board of Election #tytlive https://t.co/KOJMLkycr0

— Jordan (@JordanChariton) April 20, 2016Tuesday afternoon, in the thick of the ill-fated primary, Mayor Bill de Blasio said the Board of Elections should be required to return every single recently purged voter to the rolls. De Blasio stated that City Hall learned that entire city blocks and buildings full of New York's would-be voters had been removed from the voting lists, and added that, because of this, the Brooklyn office of the Board of Elections should be removed from the process and the purge reversed, according to CNN. The Mayor added that the situation "undermines the integrity of the entire electoral process and must be fixed."

The New York Board of Elections denied all responsibility for the voter registration errors, instead pointing the finger at the county Boards, according to Chariton. Consequently, U.S. District Judge Joanna Seybert told Election Justice USA to notify every county in the state's Board of Elections to show up at the next round of the lawsuit.

— David Sirota (@davidsirota) April 20, 2016"Voting is the cornerstone of our democracy, and if any New Yorker was illegally prevented from voting, I will do everything in my power to make their vote count and ensure that it never happens again," New York Attorney General Eric Schneiderman said, announcing that his office has opened up an investigation against the New York City Board of Elections.

#Breaking: We have opened an investigation into the NYC Board Of Elections pic.twitter.com/2xvVQcjGdh

— Eric Schneiderman (@AGSchneiderman) April 20, 2016If the federal court sides with the voters, provisional votes cast on Tuesday could end up altering the delegate count for the New York primary. In fact, WPTZ News went so far as to report that, while the board of elections results for New York showed Trump and Clinton as the New York victors, if the provisional ballots are permitted to be included in the final count as a result of the lawsuit, those numbers could change. 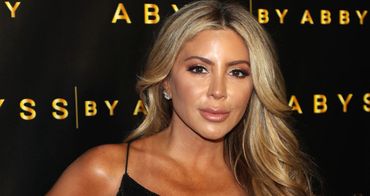