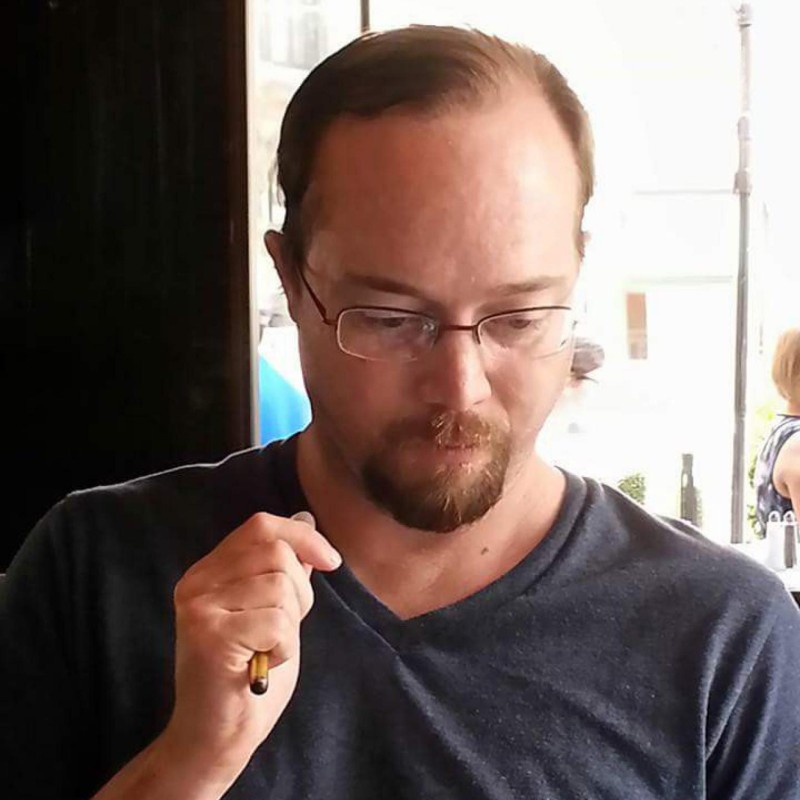 Black Sabbath, the most legendary heavy metal band in music history (and one of the original two heavy metal bands along with Deep Purple, both releasing their first headbanging music in early 1970), are on their final tour, which has straightforwardly been named "The End." But it's not the end for Sabbath guitar player Tony Iommi (the only member of the original ensemble who was never replaced even temporarily). Once the band's final tour really has ended, he's going back to work with a former Black Sabbath singer, Tony Martin.

Tony Martin recorded five studio albums and one live album with Black Sabbath from 1987 to 1997.

He was out of the band for 1992 because late, legendary heavy metal singer Ronnie James Dio and drummer Vinny Appice returned to put back together the Black Sabbath ensemble of 1981 and 1982. (Dio had originally joined the band in June, 1979, as the first long-term replacement for Ozzy Osbourne.) Martin returned to Black Sabbath in 1993 after things fell apart, once again, between Dio and Iommi, to sing on the Cross Purposes album. That recording featured Iommi, original Sabbath bass player Terry "Geezer" Butler, Martin, session keyboardist Geoff Nicholls (always a full-fledged band member on the Martin-fronted albums), and well-known hard rock drummer Bobby Rondinelli.

Cross Purposes was well-received, and some Sabbath and metal fans thought that the personnel could have made up the greatest of all Black Sabbath ensembles, but then the band followed with the deplorably bad Forbidden (which actually featured a little bit of rapping thanks to a young, clueless producer), and Iommi decided to just bury the hatchet with Osbourne. It was a sad way for the punctuated "Tony Martin era" of the band to end.

[Image via Google Images/Metal Insider]The original Black Sabbath ensemble did a reunion tour in 1997. (Original drummer Bill Ward only played two concerts on the tour, however.) Black Sabbath didn't stay together after the tour. Ironically, Iommi, Butler, Dio, and Appice would get together for a third time as Heaven & Hell (the title of the first Black Sabbath album with Dio singing and one of the Sabbath's most popular recordings). Heaven & Hell remained together from 2006 until Dio's unexpected death from stomach cancer in 2010.

The present but ending Black Sabbath of Osbourne, Iommi, and Butler (with Tommy Clufetos on drums and Adam Wakeman, son of the famous Rick who added keyboards to one song on 1973's Sabbath, Bloody Sabbath album, acting as the session keyboard player) seem to have nixed the idea of doing on final studio album, which they had speculated writing.

The first thing that Iommi and Martin are doing together is recording a few new songs to add to the forthcoming re-mastered releases of Black Sabbath's Headless Cross and Tyr albums. Headless Cross was one of the two most well-received Martin-era Sabbath albums along with Cross Purposes. Tyr was not as popular with Black Sabbath fans.

"We've held back on the reissues because of the current Sabbath thing with Ozzy, but they will certainly be happening. I'd like to do a couple of new tracks for those with Tony. I'll also be looking at working on Cross Purposes and Forbidden," says Iommi.

[Photo by Mikkel Berg Pedersen, Polfoto/AP Images]As far as die-hard fans of the band are concerned, Black Sabbath actually broke up entirely soon after singer Ian Gillan quit the band after their 1983-1984 tour to go back to the reformulated Deep Purple. Sabbath brought on Dio-esque singer Dave Donato to replace him, but never recorded an album with Donato as the band finally collapsed due to internal turmoil.

Iommi was all that was left of Black Sabbath after the failed attempt with Donato, which also prompted Butler to leave. (Ward had quit yet again after recording the 1983 Born Again album, being replaced by former Electric Light Orchestra drummer Bev Bevan on the world tour). He wanted to do a solo album, but his record label pressured him into recording an album with a brand new ensemble (and keyboardist Nicholls as full-fledged member) under the moniker "Black Sabbath Featuring Tony Iommi." The music, with former Deep Purple bassist/singer Glenn Hughes doing the vocals, was good, but die-hard fans were less than pleased by the absence of Butler.

The late Ray Gillen joined the band after Hughes quit just before they went out on a world tour. He then began recording vocals for Sabbath for a new studio album, but the project fell through and Martin replaced Gillen. Martin's first recording with Black Sabbath was 1987's solid The Eternal Idol. Martin's entrance into Sabbath is most notable for ending the revolving door of singers that the band endured, with a bit of punctuated stability from Dio, beginning in November 1977 when Osbourne quit and was replaced, for two months and one concert, by former Savoy Brown and Fleetwood Mac singer Dave Walker.

The news of Martin working with Iommi again after 15 years is generally being received with excitement by Black Sabbath fans, who would like to see a whole new album recorded, perhaps with the legendary Carl Palmer on drums. Palmer nearly ended up playing drums on the 2013's 13 album. Some have suggested naming the band "Headless Cross."