The NASA Helioviewer, a project of the Solar and Heliospheric Observatory satellite that has been orbiting since 1995, taking thousands -- perhaps millions -- of pictures of the sun, has also often revealed strange UFO ships that appear to be orbiting the massive star at the center of the solar system, for some reason.

The latest, however, reveals not just one but what appears to be a swarm of UFOs that according to a prominent online UFO researcher are each the size of Earth's moon. And the gigantic "ships" seem to be in orbit around the sun, for some reason.

According to Scott C. Waring, of the popular UFO Sightings Daily site which catalogs new UFO appearances and other strange phenomena on, as the name implies, a daily basis, the images will be impossible for NASA to cover up.

UFO researchers frequently accuse the space agency of deliberately throwing up a smokescreen around UFO sightings in space, to shield the truth about alien visitors to Earth and the surrounding solar system from the American public.

In fact, with UFO sightings as frequent as they are — and often more ambiguous than the UFO advocates would make them sound — NASA simply declines to comment on purported UFO sightings, which occur so frequently that NASA spokespersons would have time for little else if they responded individually to each allegation.

The latest UFO images from the sun were found and posted Tuesday in the above video by the X-UFO blog.

"With the close ups he got, its will be hard for an NASA/SOHO employee to dispute his claim," Waring wrote after viewing the video. "These UFOs are big and as you see from the photos above, they are sucking in the parts of the sun near them. This causes the UFOs to appear to have a black ring around them. Awesome video."

Here is an isolated frame, captured by Waring from the video, showing one of the UFOs in close-up. 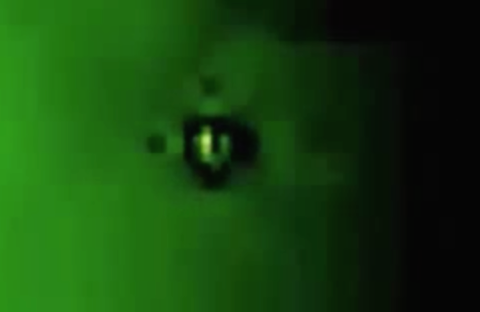 And another, showing a UFO near the bottom of the sun. 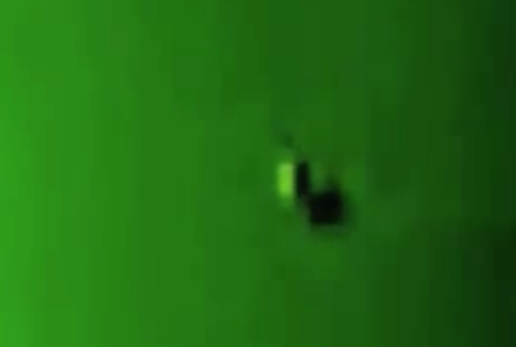 Are these actual "moon size" UFO objects? If so, why don't they simply incinerate when they fly as close to the sun, with its typical surface temperature of about 10,000 degrees Fahrenheit?

But these alleged UFO ships are not even the most extraordinary phenomena claimed by online researchers who monitor the NASA Helioviewer. In February, another observer claimed to spot a "moon size" UFO landing on the actual surface of the sun. Read Inquisitr's coverage of that earlier sighting at this link.