A massive UFO "mothership" was photographed looming over the surface of the moon last month — a ship that appears to be 100 miles long — at least according to analysis of the images by a prominent UFO researcher, who took a long, hard look at a YouTube video that claims to show "weird lunar flashes or pulses" along with "many weird anomalies [that] dart through frame."

But at the 3:55 mark of the video, according to top online UFO expert Scott C. Waring of the popular UFO Sightings Daily blog, a monstrous object can be seen, appearing to protrude from the moon's surface, or perhaps from behind its horizon.

Waring isolated the images from the video, which was posted on July 28 by a well-known YouTube UFO archivist who goes by the screen name Crow777. 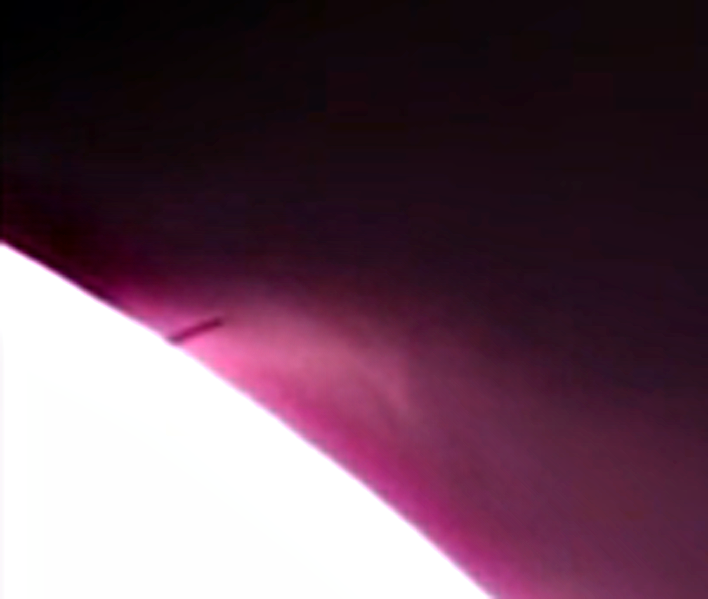 Waring then zoomed in. 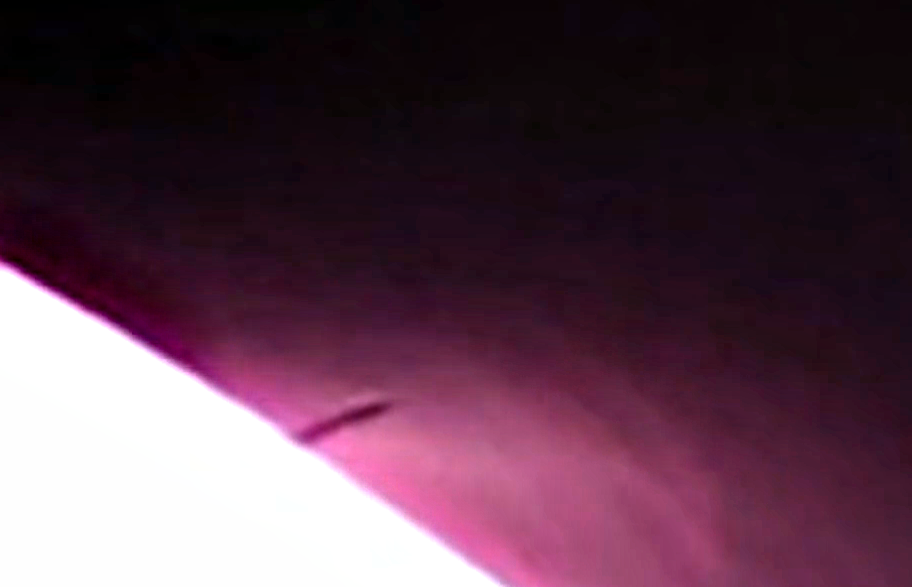 And finally, the most enlarged view yet. 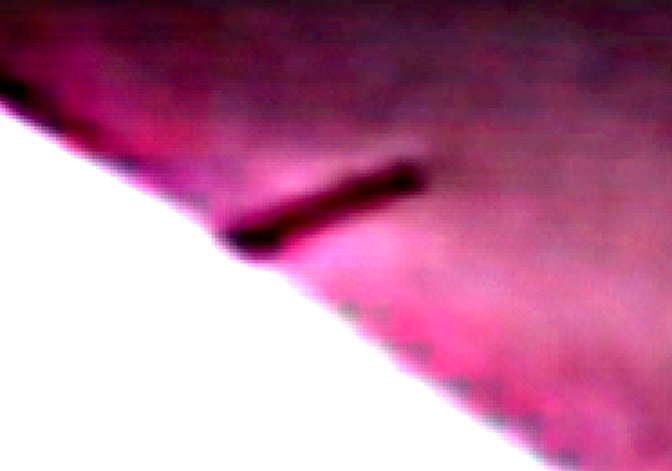 So what is the strange, and strangely phallic, protuberance seen in the moon images? Here is how Waring sees it.

"At 3:55 into the video, Crow777 catches a long tubular object hovering over the edge of the moon. This is a mothership," Waring wrote in a Thursday entry on his blog.

"This ship is several hundred miles across and seems to sit there for a while. He also catches flashes of light heading toward the moon. These small flashes or cloud like objects are really alien ships slowing down from light speed. That is why it's slower and looks like a cloud," Waring wrote.

Of course, the gigantic "mothership" is far from the first alleged UFO spotted by online researchers on or above the surface of the moon. In one recent example, about one month ago, a UFO researcher examining NASA moon photos found what appeared to be a rock mysteriously floating in space over the lunar surface.

The apparent breakaway rock was actually a camouflaged interstellar spacecraft, according to Waring.

"They create ships and buildings that blend into the environment," Waring wrote of the "race" behind that particular UFO, when he publicized the find on his blog.

Skeptics say that this and other photographic "evidence" of UFOs on the moon are nothing more than imperfections in the pixelated images — or natural formations on the lunar surface that are misinterpreted by untrained observers.

Sometimes, however, the claims go beyond simple photographic evidence. Earlier this year, several other UFO-related online publications claimed that a NASA "whistleblower," a Dr. Eric Norton — identified on one UFO blog as "an outside consultant for the NSA and NASA for the past 12 years" — was reported to have observed a UFO "fleet" advancing toward Earth from a position on the far, or "dark" side of the moon. Could the "mothership" be related to this "fleet?" UFO researchers are likely already looking for evidence to support that hypothesis.