A prominent online UFO researcher claims to have spotted a massive UFO mothership, apparently on a collision course with Earth's sun, on an image that appeared in videos taken by NASA from its Solar and Heliospheric Observatory satellite, which has taken thousands of images of the sun and captured stunning images of solar flares and other extraordinary phenomena on the surface of the star at the center of the solar system.

The "SOHO" satellite has also led astronomers to discover nearly 3,000 previously unknown comets hurtling through the solar system, but to UFO researchers the space-based NASA observatory — which can be viewed on the web — has been a goldmine of UFO sightings, revealing some of the most extraordinary alien spacecraft ever spotted.

At least, that's how the UFO researchers see it.

What is perhaps most extraordinary about the UFO ships claimed to turn up in the NASA SOHO images is that they appear to be impervious to the incredible heat generated by the sun, heat that would burn any man-made object to ash in mere fractions of a second.

For example, back on Christmas Eve of last year, researchers examining the NASA images found what they said was another "mothership" the size of Earth's moon, and the ship was actually launching into space from the surface of the sun. See that video at this link.

Be that as it may, researcher Scott C. Waring of the popular UFO Sightings Daily blog posted the video uncovered by the prolific UFO YouTube poster who goes by the screen name Streetcap1. The video posted by Streetcap1 may be viewed on this page, above.

Waring isolated and enlarged still images of the purported "mothership. Here is the original photo. And here is an enhancement by Waring. 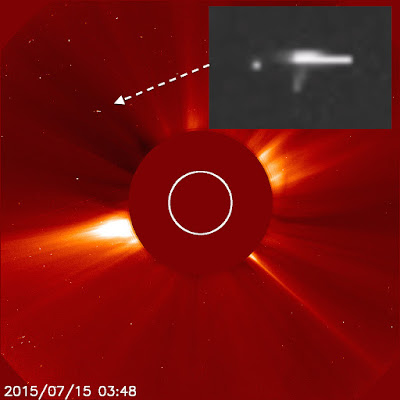 Finally, here is an isolated close-up of the UFO. 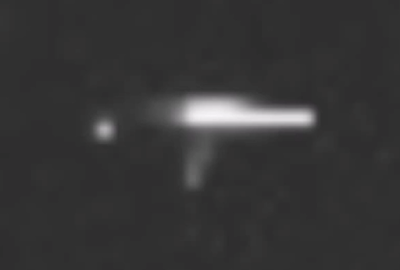 "This UFO is awesome!" Waring wrote on his blog.

"Every time I try to ask NASA about these UFOs on Twitter, they ignore me. They have never answered be and refuse to talk about these giant UFOs near our sun. These craft sometimes are even moon size. This one look like it's about the size of Idaho, yet does the NASA care? I will try to send a message to them again on Twitter today. Lets see if they respond?"

No word yet as to whether NASA has responded.

"This object has structure and for NASA to dismiss it as nothing is an insult to people's intelligence," Streetcap1 wrote on the YouTube page for the NASA sun video. "If they post data then they must expect UFO hunters to find anomalies and share them.