New UFO Sighted In NASA Space Station Video: Why So Many UFO Sightings Near ISS?

Once again, a UFO has been spotted in a NASA video from the International Space Station and posted in a video to YouTube. The NASA space station live feed, readily available to be viewed by anyone online, has been a wellspring of UFO sightings in recent months. Is this latest sighting the real thing, or as skeptics claim, just a result of a "glitchy" NASA camera?

UFO sightings captured by the NASA feed have become rather common. While some, like this latest one, simply show a mysterious light hovering somewhere in the distance around the space station, others have revealed more spectacular phenomena.

One video, available at this link, showed a UFO apparently firing a laser or some sort of high-energy beam in the direction of Earth, while in another — seen here at this link — a UFO floats in the distance, observing two astronauts on a space walk.

The new UFO was sighted by the prolific YouTube UFO poster Streetcap1, who put the video, viewable above, online on April 23. As is then often the case, the video was picked up by Scott C. Waring, editor of the popular UFO Sightings Daily site.

"On April 22 Streetcap1 of Youtube was taking a look at the live NASA space station cam when he caught glimpse of a small metallic disk in the distance. At first it looks like the disk is moving, but I believe it has matched speed with the space station," wrote Waring after viewing the video.

"The movement is caused by the camera changing angle and moving to the left into a new view. You can see the camera arm (white) moving with it. Now this is where you say, 'Scott... that UFO isn't moving, how do you know its a UFO if it doesn't move?' Good question, actually the space station is in orbit moving at 7.66km per second, or 26,000km per hour. That's fast and that means if this UFO looks like its not moving its because its matched speed with the space station, therefore its moving at 26,000km per hour. So it's moving."

Here is the alleged UFO as seen in the video. 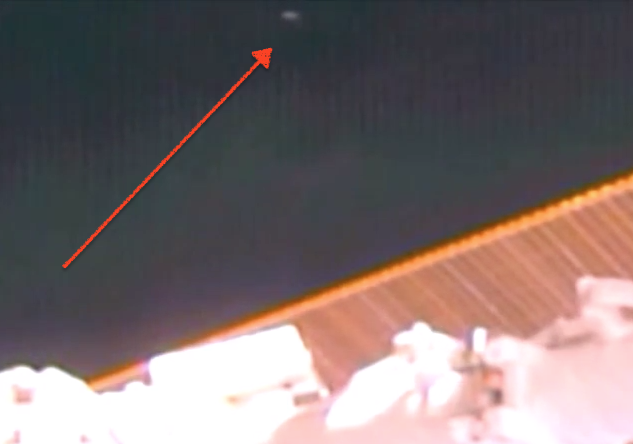 Here is a magnified shot, provided by Waring. 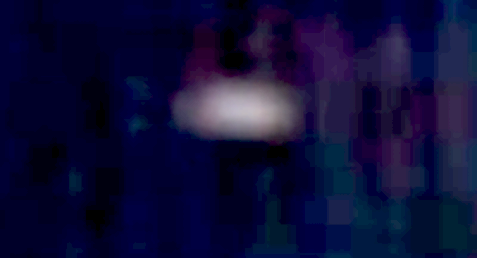 Needless to say, skeptics dismiss all of these UFO videos from the space station.

"NASA's camera equipment is notoriously glitchy," the Washington Post wrote of an earlier such video.

"NASA has also admitted that its video setup is far from perfect. In fact, the HDEV experiment was started in an effort to find and develop better camera equipment for future missions," added the rumor-debunking site Snopes.com.

One thing is certain about the new NASA UFO space station video — it's not the first and definitely won't be the last.