A prominent UFO researcher has found something strange in a 55-year-old NASA photo — a photo taken by an unmanned space capsule from the Mercury Project, in the earliest days of the United States space program. The strange find led the researcher to ask whether alien observers have been keeping an eye on mankind's missions into space from the very beginning.

Project Mercury ran for five years from 1958 to 1963 and was America's first mission to put men in space.

There were six manned space flights as part of the Mercury program, including the February, 1962 mission in which John Glenn became the first human being to orbit the Earth, and the May, 1961 mission that launched astronaut Alan Shepard into space — the first American to make the flight.

But it was an unmanned mission, Mercury-Redstone 1A on December 19, 1960, that captured this potentially astonishing shot — uncovered this week by tireless researcher Scott C. Waring, editor of the popular UFO Sightings Daily blog.

"I found a disk in some photos of the Mercury mission. The mission took place in December of 1960, and why wouldn't aliens be interested in watching a historical moment in human history?" Waring wrote on his blog.

"Especially since the capsule was unmanned, there were no worries that they would be seen. It's actually the Earth in the background and the UFO is in space observing the Mercury capsule," Waring continued. "The disk is hard to make out in the first photo, but three photos later its easy to see. It looks like a classic disk with a wedge cut out of it. We are living in a remarkably era, when certain deep truths about the universe come within reach of the human spirit."

The photo sequence that Waring refers to can be seen at this link. But here is the photo that shows the "disk" most clearly. 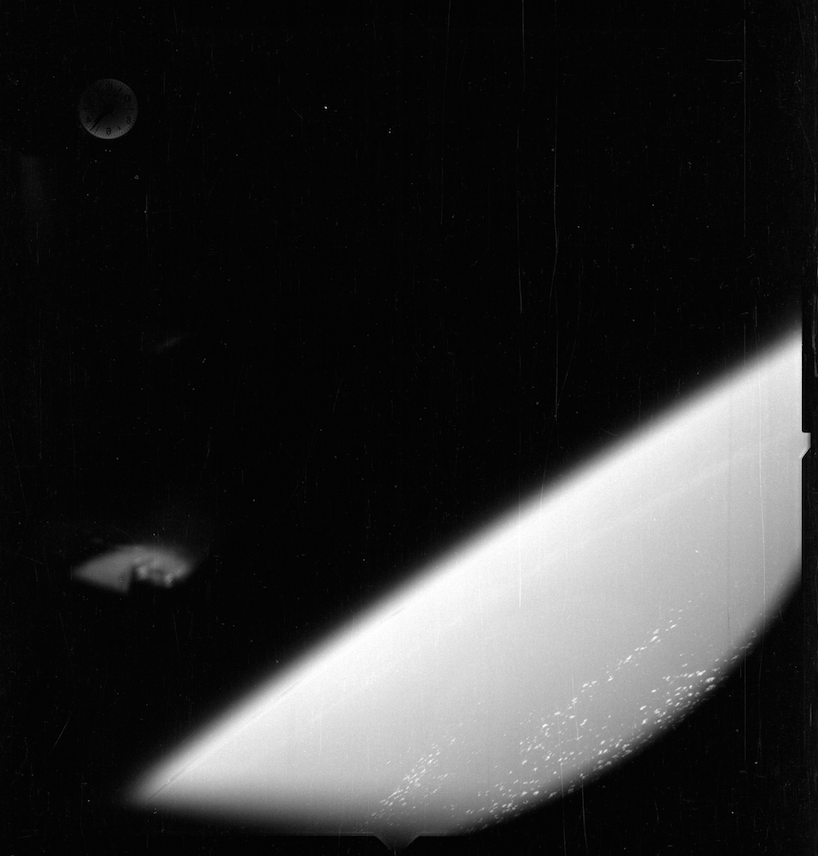 In case you missed the UFO somehow in that photo, Waring created a zoomed-in, close-up version of the photo. What could this UFO actually be? 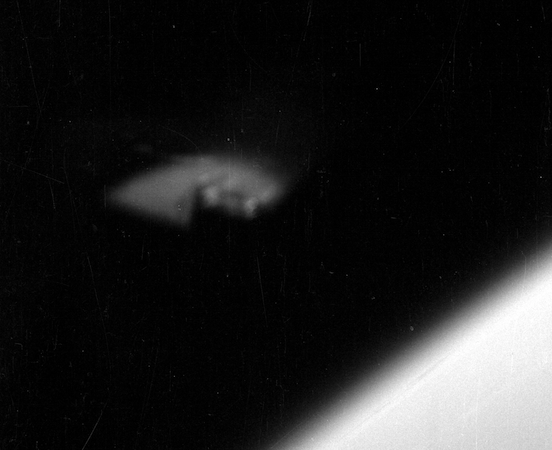 The 55-year-old UFO photo is not the first time that online UFO researchers have found, or believed that they have found, evidence of alien spacecraft in vintage NASA space program photos.

Just four months ago, Waring and another internet UFO researcher were poring through NASA photos from the pre-Apollo days when they came across not one but two glowing objects in a photo from a Gemini space mission in 1966.