The Faroe Islands are about to get very busy indeed, as excited astronomers flock to the Danish archipelago to witness the total eclipse of the Sun that is due to occur on March 20, 2015. On that date, the Moon will pass between the Sun and the Earth, taking approximately 90 minutes to complete the event. For a period of two minutes and two seconds, a total solar eclipse will be visible in the Faroe Islands - with varying degrees of eclipse occurring across Europe. The autonomous country, which is part of the Kingdom of Denmark, is located approximately halfway between Norway and Iceland, and is almost 320 kilometres northwest of mainland Scotland.

As reported by the Independent, the last total solar eclipse that was visible in the region occurred in 1999, and the next partial event is not due until 2026 -- with a total eclipse due in 2090. This year's astronomical event is expected to move through a path up to 487 kilometres wide across the Earth.

Steve Bell of HM Nautical Almanac Office explained the levels of eclipse, dependent on location, as reported by Science Times.

"The U.K. will see this eclipse as a deep partial eclipse. Skies will darken for any location where the maximum obscuration exceeds 95 per cent - which includes north-western Scotland, the Hebrides, Orkneys and Shetland Islands."

Though the U.K. will not see totality on this occasion, the British Astronomical Association agree that the significant partial eclipse will be clearly visible throughout the country.

"On 20 March 2015, the narrow track of totality passes between Iceland and the Outer Hebrides, so nowhere in the British Isles will witness totality itself, but a very significant partial eclipse will be seen right across the region, ranging from a maximum 85 per cent obscuration in the south-east of England, to over 97 per cent in the far north and north-west of Scotland; with the whole event lasting well over two hours. Indeed, an obvious partial eclipse will be visible from every country in Europe and the partial phase will also be seen from places as widely spread as Newfoundland, North Africa and north-western Asia."

While the British Astronomical Association is urging those in areas where the event will be visible to "make the most of it," they are also very clear about the safety precautions that are vital to ensure the eyesight of spectators is protected.

"Don't view the sun through sunglasses of any type (single or multiple pairs), or filters made of black and white or colour photographic film, or any combination of photographic filters, crossed polarisers or gelatin filters, CD, CD-ROMs or smoked glass. These are not safe."

Rather, the Association states that the event can be viewed safely through specially designed filters only, or alternatively, by projecting the eclipse using a "pinhole camera" made of card. As excitement builds among spectators, The Weather Network reports that the solar power producers of Europe are preparing for a challenging day, as an anticipated 35,000 MW of electricity fades from the system during an astronomical event that will inevitably have consumers reaching for their light switches. The European Network of Transmission System Operators for Electricity (ENTSOE) explained in a statement that the challenge is a new one because solar power reliance has increased significantly since the last eclipse in 1999.

"Managing this event on the world's largest interconnected grid is an unprecedented challenge for European [transmission system operators]. The main difference is that in view of the particular challenge that the solar eclipse represents for the continental European power system, the countermeasures might be activated more rapidly than usual."

As Market Business News reports that a "Supermoon" will be visible during the evening before the solar eclipse - when the Moon will be at its closest - all attention is focusing on forecasts for the weather on March 20, 2015. While clear skies are the ideal condition for viewing any astronomical phenomenon, the effects of a solar eclipse go beyond the visual spectacle of obscuration. As the Moon moves across the face of the Sun, the affected region on Earth will grow dark in accordance with the percentage of obscuration visible, and the temperature will drop, giving a palpable sense of the enduring power of our Sun. 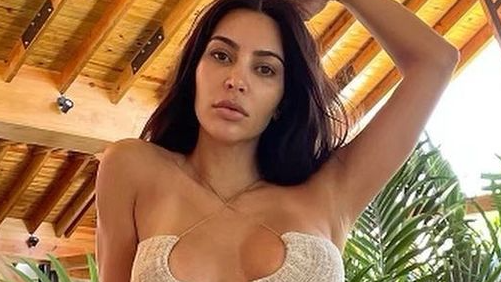