Twin UFO 'Ships' Hover Over Vero Beach, Caught On Video — But What Does The Tape Really Show?

Not one but two glowing UFO "ships" appeared over the horizon off the scenic coast of Vero Beach, Florida, last week, and a group that charges $2,500 for training sessions in how to communicate with UFOs claims that its members summoned the twin objects to appear by meditating. 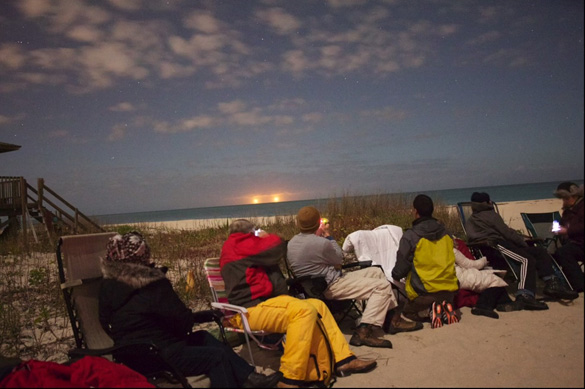 However, the two UFOs made their appearance on January 27, as part of a mediation session held by the Center For the Study of Extraterrestrial Intelligence, no definite explanation of what the objects actually were has been forthcoming. The CSETI members who took part in the event say that no other explanation is possible — the golden-colored spheres were alien spacecraft. 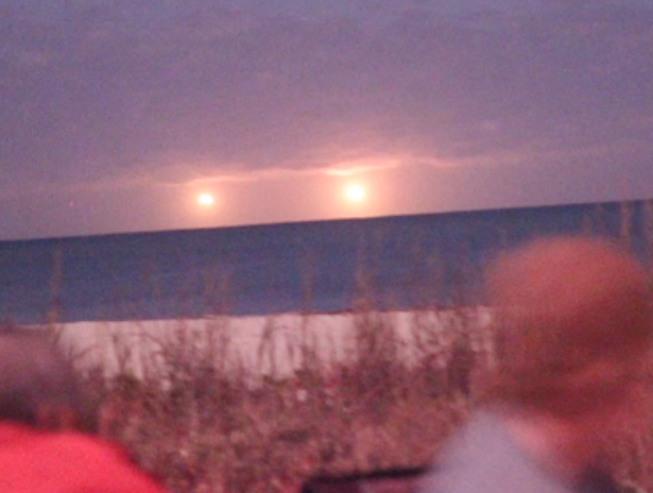 But even other UFO experts remain skeptical, saying that the visual evidence in the above video of the double UFO sighting indicates that the objects were simply flares, fired from a nearby boat — a theory that the witnesses vehemently reject.

"There were NO boats or ships seen anywhere in the area of the objects and there were no jets or planes or other airborne objects anywhere near the objects before, during or after the event. There was no smoke which would be seen from flares," wrote the witnesses who posted their admittedly startling video on YouTube.

"They emerged in this dimension suddenly and did not drift or move laterally in the direction of the wind, which was gusty at times. A flare with a small parachute would have visibly drifting significantly to the south during the long duration of the sighting."

"Not only that but you can actually see as you scrub through the video that they drift to the right and sink lower in the sky. It is at that point where the first flare that lit up then goes out as expected. This is absolutely consistent with aerial parachute flares." 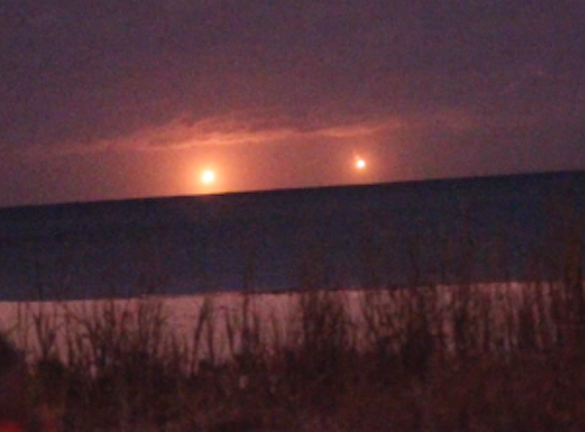 The U.S. Navy has so far failed to respond to the inquiries placed by Rojas.

The Florida chapter of MUFON said that it is conducting an investigation of the alleged Vero Beach UFO sighting, but has reached no definite conclusions as of yet.