Willow Smith is no stranger to causing a ruckus on social media, but we didn't expect for this to happen so early into 2015. The 14-year-old singer posted a "topless" picture of herself on Instagram, and it's causing some controversy.

In the photo, Willow poses with her arms raised with her hands resting behind her neck. She's fully clothed, but her top shows off bare breasts in an unapologetic fashion.

Some are finding the choice of clothing in bad taste, seeing as she's still a child. Others are just very confused by the provocative photo.

It wouldn't be a surprise that Willow would join this campaign since she's been outspoken over the last year. In an interview with T magazine, Willow and her older brother, Jaden, gave a very candid and pretty bizarre interview about their different thoughts on life. When asked if Willow's music has gotten better, she gives this nugget.

That said, this could be just another bizarre moment in Willow Smith's Instagram activity. Back in 2013, the Smith household was under fire after Willow posed for a photo in bed with 20-year-old model Moises Arias, who was photographed topless.

The controversy eventually caught up with the Smiths, and they were visited by Child Protective Services, and a short investigation ensued. After the ordeal was over, the DCFS released a statement.

"No evidence presented that Willow has ever been in any danger around Moises or that she has ever been physically or emotionally abused."

After staying silent, mother Jada Pinkett-Smith addressed the situation on her Facebook page.

"There was nothing sexual about that picture or that situation. You guys are projecting your trash onto it. You're acting like covert pedophiles and that's not cool."

Do you think Willow Smith joined the campaign, or is this just another day in the life of a celebrity offspring? 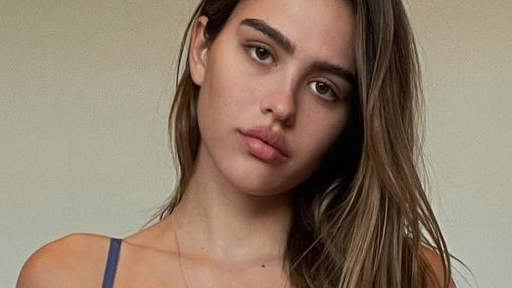