A new UFO sighting on a NASA video feed from the International Space Station rang in the New Year for UFO researchers, with the anomalous object sighted in the NASA video making the third UFO spotted hovering around the space station since October.

The UFO researcher, who uses the YouTube name Streetcap1, who has been responsible for several UFO sightings on NASA video feeds, posted his latest purported discovery to YouTube on New Year's Day, and it was quickly noticed by UFO Sightings Daily editor Scott Waring.

"Just a few hours ago, this UFO was caught on live NASA cam. Its metallic color glimmers in the reflection of the sunlight and its hull stands out in blackness of space," Waring wrote on January 1. "This UFO was only a few hundred meters from the space station. I say that because of the detail on the UFO itself. For it to be in focus, it had to be close. This was caught by UFO researcher Streetcap1 of Youtube who keeps a steady eye on the live cams. I do believe Streetcap1 caught the 1st UFO of 2015." 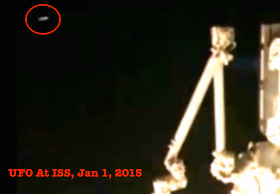 Zooming in even closer revealed a silver, or gray, disc-shaped object. 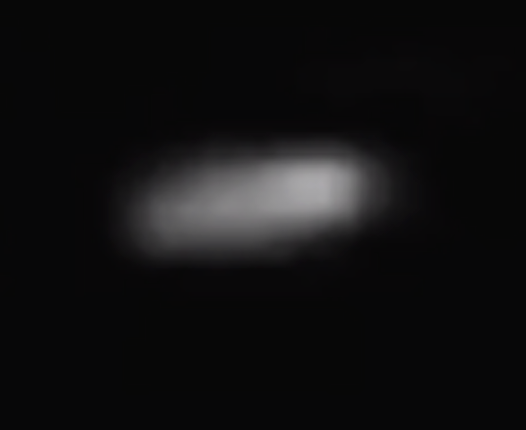 Of course, this alleged UFO sighting could be nothing more than a trick of the light on the lens of the camera, permanently affixed to the exterior of the International Space Station as it orbits about 270 miles above Earth.

But whatever it is, the anomaly is the third recently spotted near the space station. The first occurred in late October, followed by another UFO apparently seen on the NASA video feed in early November.

"This UFO just appears out of nowhere and disappears. It didn't vanish behind the Earth as the moon would do. The space station is being observed."

Whatever you may think of the various sightings on the NASA video, you can check the space station activity yourself by viewing NASA's video stream, which can be accessed at this link.

"This video is only available when the space station is in contact with the ground. During 'loss of signal' periods, viewers will see a blue screen," NASA cautions. "Since the station orbits the Earth once every 90 minutes, it experiences a sunrise or a sunset about every 45 minutes. When the station is in darkness, external camera video may appear black, but can sometimes provide spectacular views of lightning or city lights below."

Occasionally, the NASA space station video feed provides a view of a UFO as well.