While recent discoveries by the NASA Curiosity Rover indicate that there may actually be some form of life on Mars, UFO watchers believe they've found evidence of death on Mars as well. A video posted Saturday appears to show an object that looks strangely like a coffin on the Martian surface, in a photo snapped by the rover.

In truth, even ardent UFO researcher Scott Waring of the UFO Sightings Daily site admits that the object may simply be a stone formation, but wonders also what NASA would find if it turned the Curiosity Rover around and took a closer look at the "coffin."

The NASA photo in which Waring, as well as several other UFO researchers and hunters after extraterrestrial anomalies uncovered the coffin structure Christmas week, was this one. In that photo, spotting the alien coffin is rather difficult, but a closer inspection reveals the intriguing anomaly. 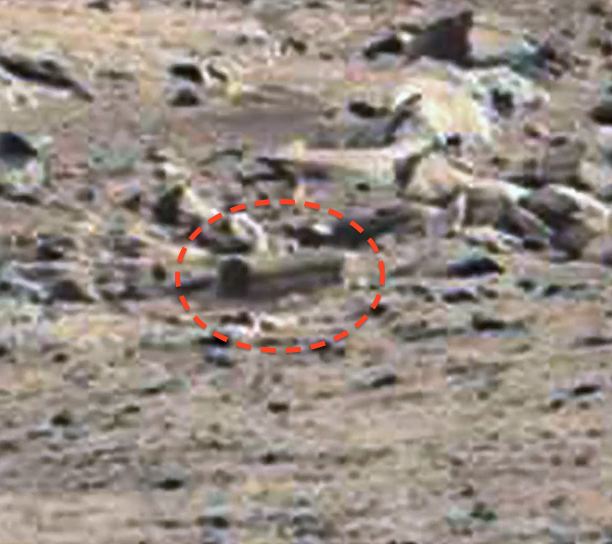 "This stone object looks like a coffin. Coffins are made to stand the test of time, but this one is made from a stone like substance," Waring wrote on the UFO Sightings Daily blog. "What would it take to get NASA to turn the rover around and examine the contents of this box? It looks to be about one meter across and a foot and a half wide and high. Lots of alien species are short, including a species of greys."

The "greys" are, according to UFO researchers, a common type of alien visitor with an oval shaped head and large, bug eyes, looking something like the familiar alien in the classic film E.T.

Earlier this week, as the Inquisitr reported, alien watchers found what they thought was an actual alien body in a Curiosity Rover photo. The alleged alien in that photo resembled a "grey."

The YouTube user who posted the above video offered the following speculation about the alien "coffin," which may or may not contain the corpse of a grey alien, according to Waring.

"My buddy Kjell send this over to me and said 'Sure would love to know whats buried in that coffin.' This little box sure does look like a modern coffin concrete liner. As well as the stonework on the back part of the hill that looks like stairs or some left over stonework from some old civilizations constructions."

Waring also offered a further enhanced view of the coffin on Mars, from the NASA photo. 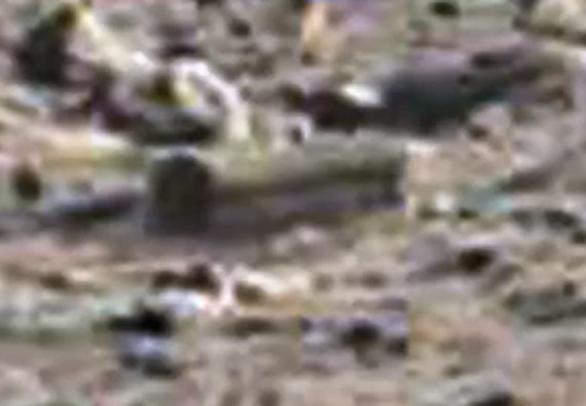 Could this "anomaly" in the NASA photo actually be an alien coffin, left behind by visitors in an ancient UFO? Or are the UFO watchers again just seeing what they want to see?