A UFO appears to fire a red laser beam toward Earth from outside the International Space Station, in a video excerpted from the live NASA online video feed from the ISS on December 5. But what does NASA have to say about this latest bizarre UFO sighting at the space station?

The red laser incident marks the third time since mid October that the NASA video feed has captured what UFO watchers believe to be an alien craft in close proximity to the International Space Station. But while in the previous two sightings the supposed UFO appeared to be merely observing the space station in operation, this time, whatever the entity is -- or is not -- seems to be taking aggressive action toward our planet. 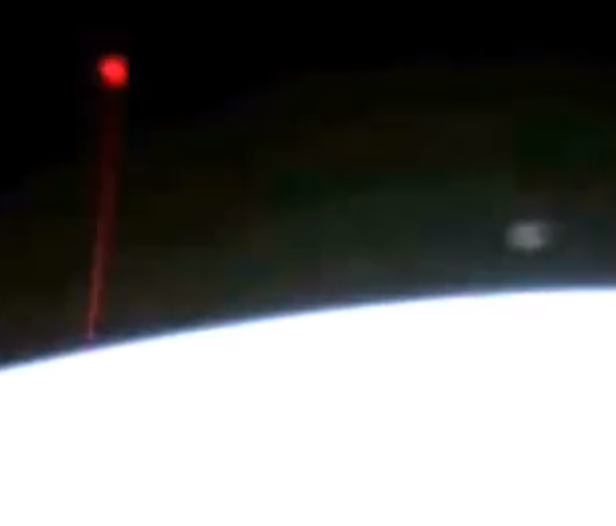 NASA has what appears to be a very interesting explanation for the red laser. But first, what do the UFO watchers think they see in the video?

"Although red UFOs have been seen near the ISS, witnessing a beam of light from one of then has never been recorded before," wrote Scott Waring on his popular UFO Sightings Daily site. "Lucky for us, Streetcap1 of Youtube caught this anomaly while watch the NASA cams. He keeps a watchful eye out for any UFOs near the station. The question is, what is that beam and should we be worried about it?

"I watch the ISS all the time and almost every day I see something strange that is unexplainable and this is definitely one of them," wrote one commenter on the site, while another claimed to suffer headaches as a result of sighting an earlier UFO shooting a laser beam. 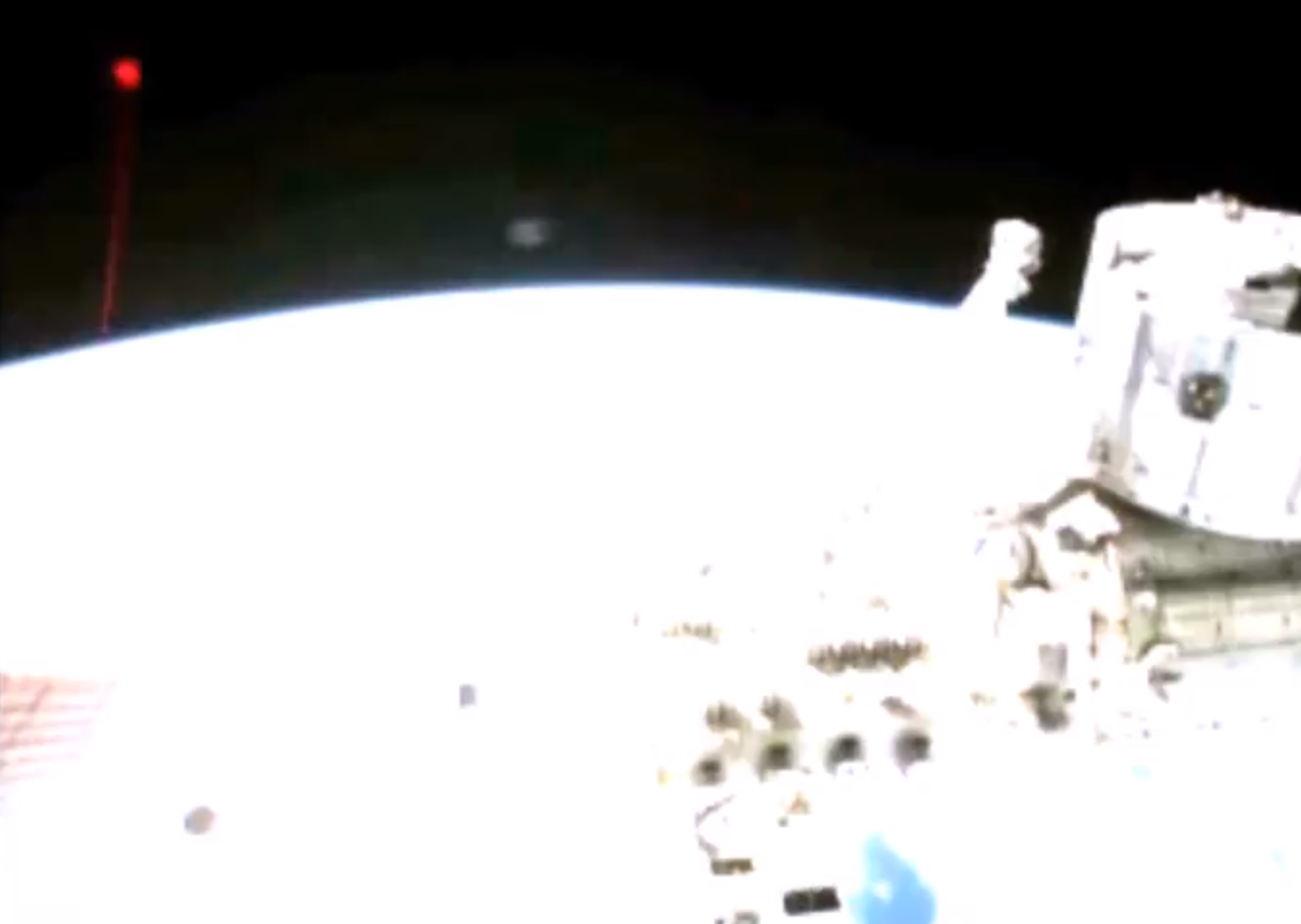 But according to NASA, there's a very Earthly explanation for the leaser beam in space.

The laser beam was actually a test firing of the new Optical Payload for Laser Communcation, or OPALS, system run in part by NASA from its Jet Propulsion Laboratory in Southern California.

The purpose of OPALS is to create a new, ultra-high speed communications link between Earth and spacecraft such as the space station.

But UFO Sightings Daily editor Scott Waring is not convinced. He says that he is familiar with OPALS, and the laser beam in the video is not it.

"I built a laser communicator before DARPA did and I have some experience with it. This laser is not hitting the space station. The lasers I saw were purple, which has a better frequency and higher sound quality than red laser," Waring wrote on his site. "I have see OPALS at work at the ISS live cam. What I saw was not one, but many lasers hitting the ISS solar panels in a row at the same time."

But if Waring is correct and the laser in the December 5 UFO video is not the NASA OPALS project in action -- then what is it?