Mysterious rubber-like blocks have been washing up on the beaches of Europe and the United Kingdom for a number of years and scientists have been at a loss as to why. However, an amateur who found several of the Tjipetir blocks on her own thinks she knows the origins of the rubbery blocks, and some experts tend to agree, according to a Fox News report.

As far backs as three decades, blocks shaped like a cutting board with the word "Tjipetir" inscribed on them began washing up on eastern U.K. stretches and along beaches in Europe from Denmark to Spain. Beachcomber Tracey Williams, who conducted a lengthy investigation, says the strange stones are at least 100 years old and likely came from Indonesia. 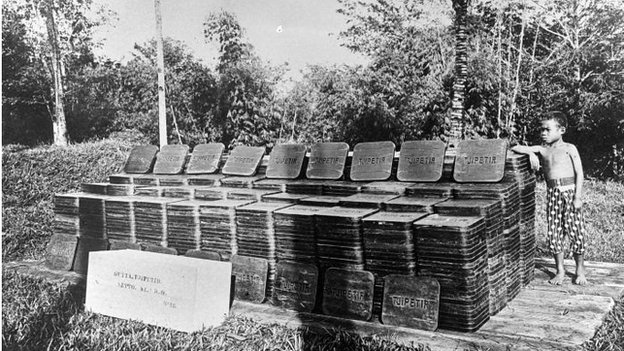 This image appears to show Tjipetir blocks on an Indonesian plantation in the late 19th or early 20th Century.

The Inquisitr has covered some strange stories in previous reporting: UFOs, alien life on Mars, the Loch Ness Monster and even the Montauk Monster. However, the Tjipetir Mystery is taking many by surprise.

After Williams found several blocks at different locations, it piqued her interest to delve into their origin. She reached out to various marine experts in shipwrecks and maritime discoveries. Luckily, two experts who wished to not be identified contacted her and pointed her to a vessel that carried blocks of the same type in her possession.

The Miyazaki Marus sunk during World War I, about 150 miles west of Britain's Scilly Isles. According to Wrecksite, the ship was sunk on May 31, 1917 by a German submarine U-88 during a voyage from Yokohama to London. It was carrying cargo, part of which were the Tjipetir blocks and passengers, eight of whom lost their lives. The cargo of blocks were produced by a rubber plantation in West Java in the late 19th and 20th centuries. 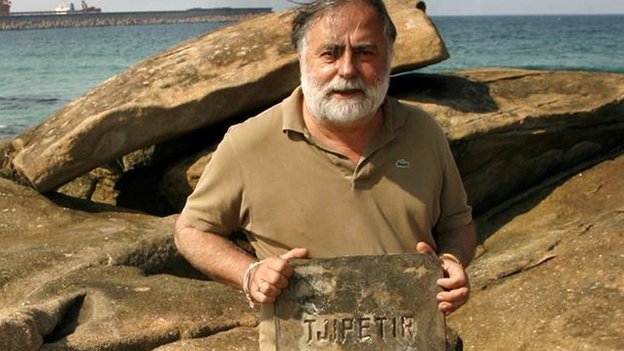 Other theories abound about the washed up blocks. There is a growing body that believes the Titanic was the source of the rubber blocks found. Williams confirmed the suspicions, but is not sure if the blocks the storied ship carried are the ones washing up on beaches in Europe and the United Kingdom. One can only imagine their value should there be definitive evidence. There isn't at this time.

"I checked the ship's manifest and discovered that it had indeed been carrying gutta-percha and bales of rubber. There was much wild press speculation about this afterwards."

However, both Williams and Alison Kentuck, the Receiver of Wreck, believe the Japanese ship is the likely source of the rubber blocks on Europe's beaches. Kentuck weighed in on her findings.

"When we are made aware of wreckage we conduct research to find the owner. We look at the age of the items, where they could have come from and examine any markings."

"Our findings with these particular items pointed towards that particular wreck. So although we have not confirmed it, the Miyazaki Maru is our favoured possibility as the source of the washed-up blocks."Undoubtedly, the discovery of rubber blocks on European beaches is remarkable. However, conservationists are alarmed by their condition after a century. One unnamed rep offered a statement on the findings.

"The thing we find most worrying is that this is biodegradable rubber and here it is, 100 years later, in near-perfect condition."