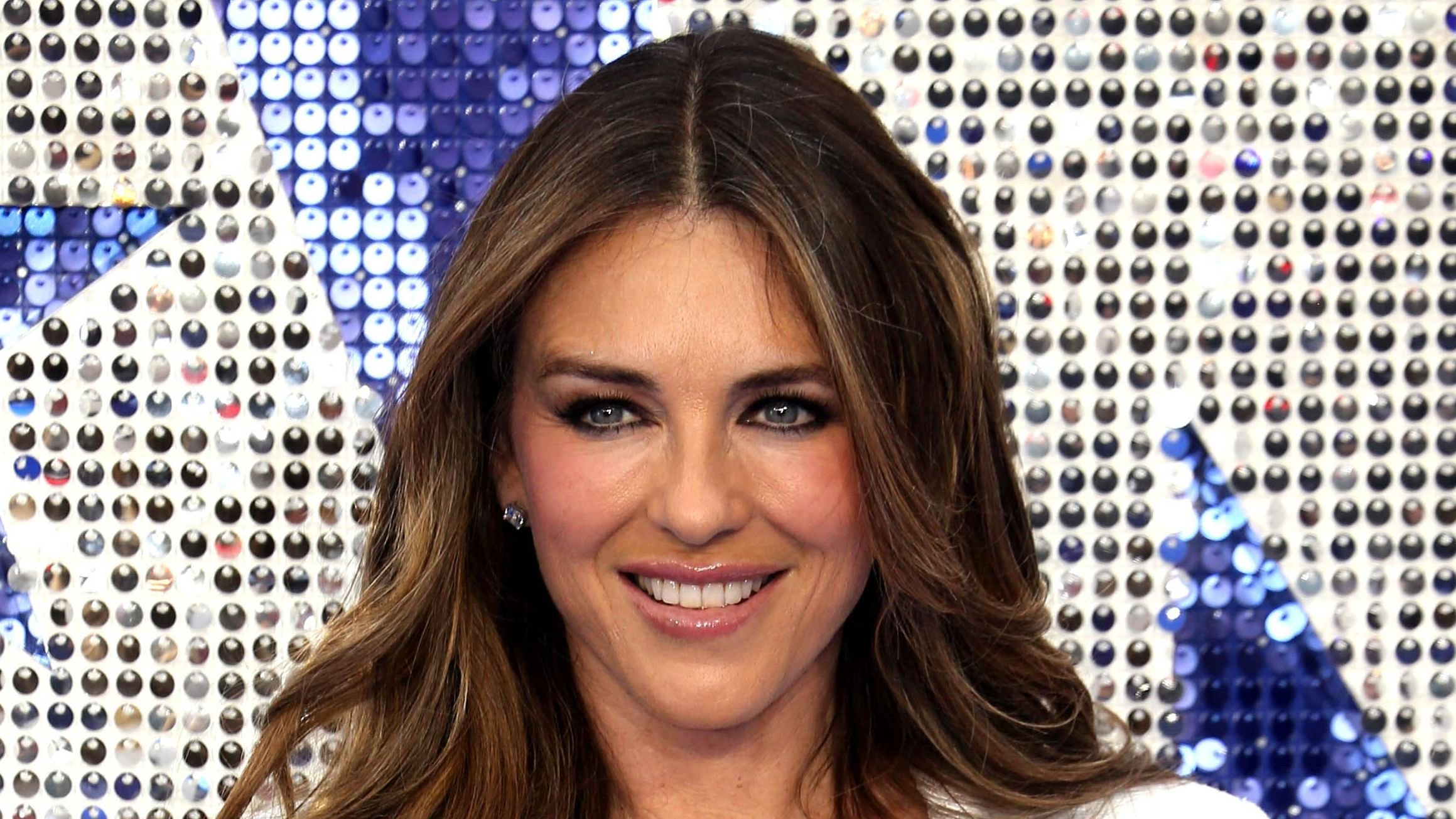 Elizabeth Hurley knows how to make a grand entrance.

The Bedazzled actress attended the Thursday Raffaello Summer Day event in Berlin, Germany. Elizabeth stunned in a dangerously low-cut red gown with a bejeweled tulle skirt for the occasion. Following events from her birthday with a Versace moment in a glittery pink number that flaunted her cleavage and toned legs, reminding us of that safety pin dress - her first shot into the public consciousness in the premiere of Four Weddings and a Funeral in 1994. 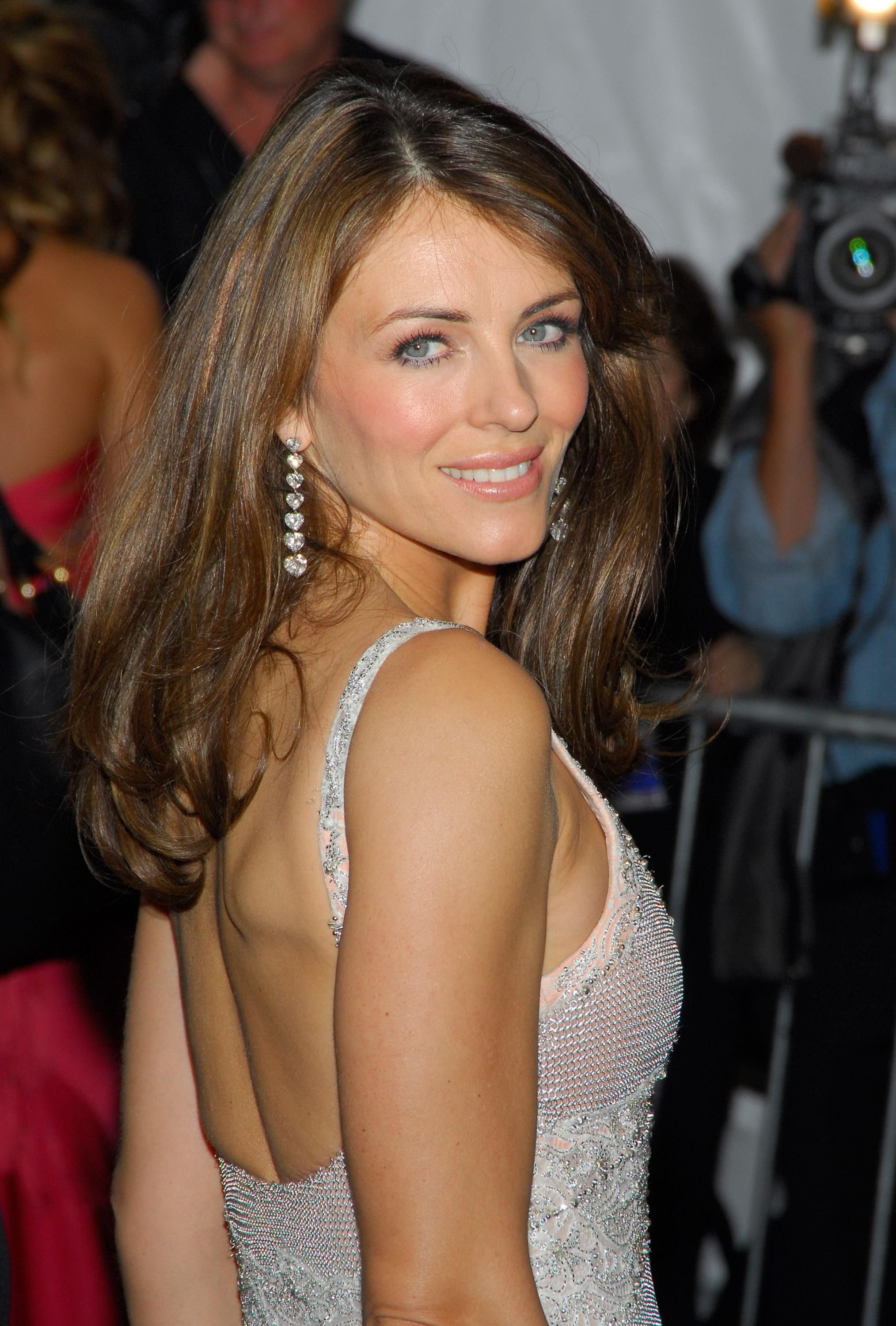 The actress, 57, flaunted her ample cleavage while posing in a sequin embellished plunging gown. Her slim waist was cinched by the outfit, which flared into an elegant tulle skirt.

However, she heightened her stature with red heels and accessorized with a gold box clutch. Liz wore her hair in soft waves and a full face of make-up.

Making A Statement In Versace

Elizabeth recently gave her 2 million-plus fans a flashback by wearing another version of her iconic safety pin dress. When she accompanied Hugh Grant to the premiere of Four Weddings and a Funeral in 1994, she famously stole the show in THAT iconic Versace safety pin dress.

So it was a case of if it isn't broken, don't fix it when Elizabeth Hurley posed for Instagram photos in yet another version of the dress on Sunday. This one was pink and sparkly, with gold discs rather than pins holding the various cut-out sections together. However, it was clear that the design was heavily influenced by the 1994 version, which Elizabeth had worn at the last minute.

Damien Is His Mom's Lookalike

Damien is unmistakably his mother's twin; aside from looking identical to her, he also inherited her modeling genes. Damian was only 17 when he received a call from renowned fashion photographer Steven Meisel, who asked him to star in a campaign he was shooting in New York. He took the chance despite having never modeled before.

How Elizabeth Manages To Look Younger Than Her Age

Hurley, 57, could easily pass for 37, and she reveals to Women's Health how she does keep her plate healthy. She fuels up for the day with a serving of Greek yogurt and banana with a drizzle of honey. Although she usually has a bowl of hearty vegetable soup for lunch. After a long day, her typical dinner is grilled chicken with "lots and lots and lots" of vegetables.