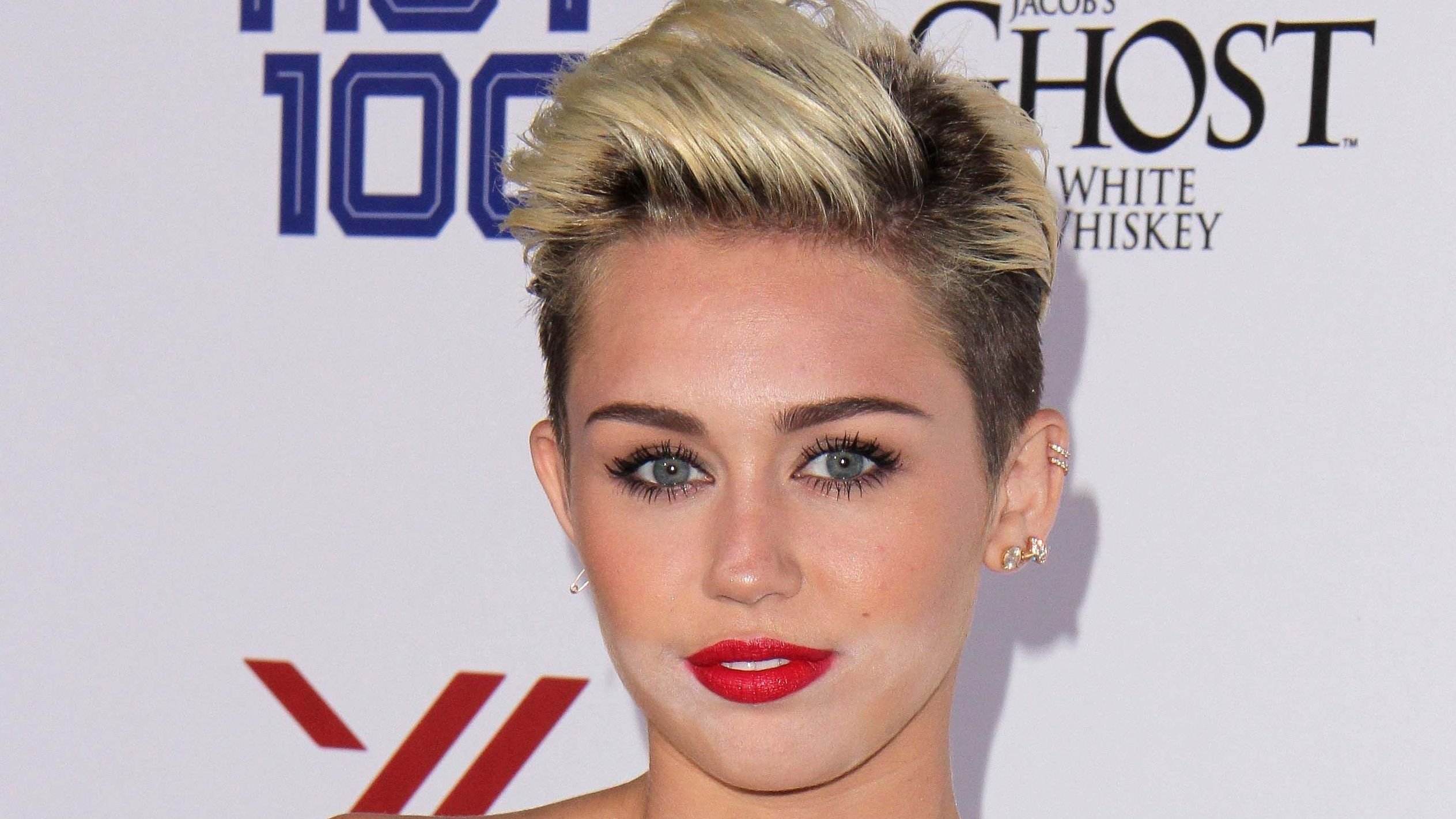 Although she cut her tour short because of an on-air accident and later contracted Covid-19, the singer-songwriter announced last month that she's hail and hearty. Last Tuesday, one of her oldest friends, Selena Gomez, made an impression on her (Miley) for her (Selena) SNL monologue, much to fans' delight.

Keep scrolling for the pictures.

Baring It All On Stage

Cyrus wore a sheer bodysuit with only a leather thong underneath and matching sheer pantyhose at her Bogota show. The outfit showed her slim waist, toned abs, and perky boobs, which she covered with a flimsy black dash. She paired the mono-sleeve jumpsuit with knee-high platform boots and wore her blonde/black hair in her signature mullet.

The back of the bodysuit revealed more of Cyrus' arm tattoos and her lower back dragon tattoo. She also wore oversized black sunglasses covering half of her face while her skunk mullet flew around her face. Her fans complimented her style in the comment section admiring her physique and talent. They wrote,

Miley Gets Glam For The 'Gram

Cyrus used Selena Gomez's soundbite as a talking tank top from her SNL monologue. She lounged in her bed, sipping from a teacup wearing her "Hell Yeah, I'm Miley Cyrus" tank top.

The singer also had a rare full-face of makeup with her eyebrows carved and filled in, rose matte lipstick, thick black eyeliner, and mascara combo. It was a subtle way to remind everyone that she's still a pretty woman who gets glam when she feels like it.

Watch the entire monologue below

Gomez said she asked SNL legends for tips on dealing with the nerves, and they gave their best advice.

For her Miley bit, Selena said,