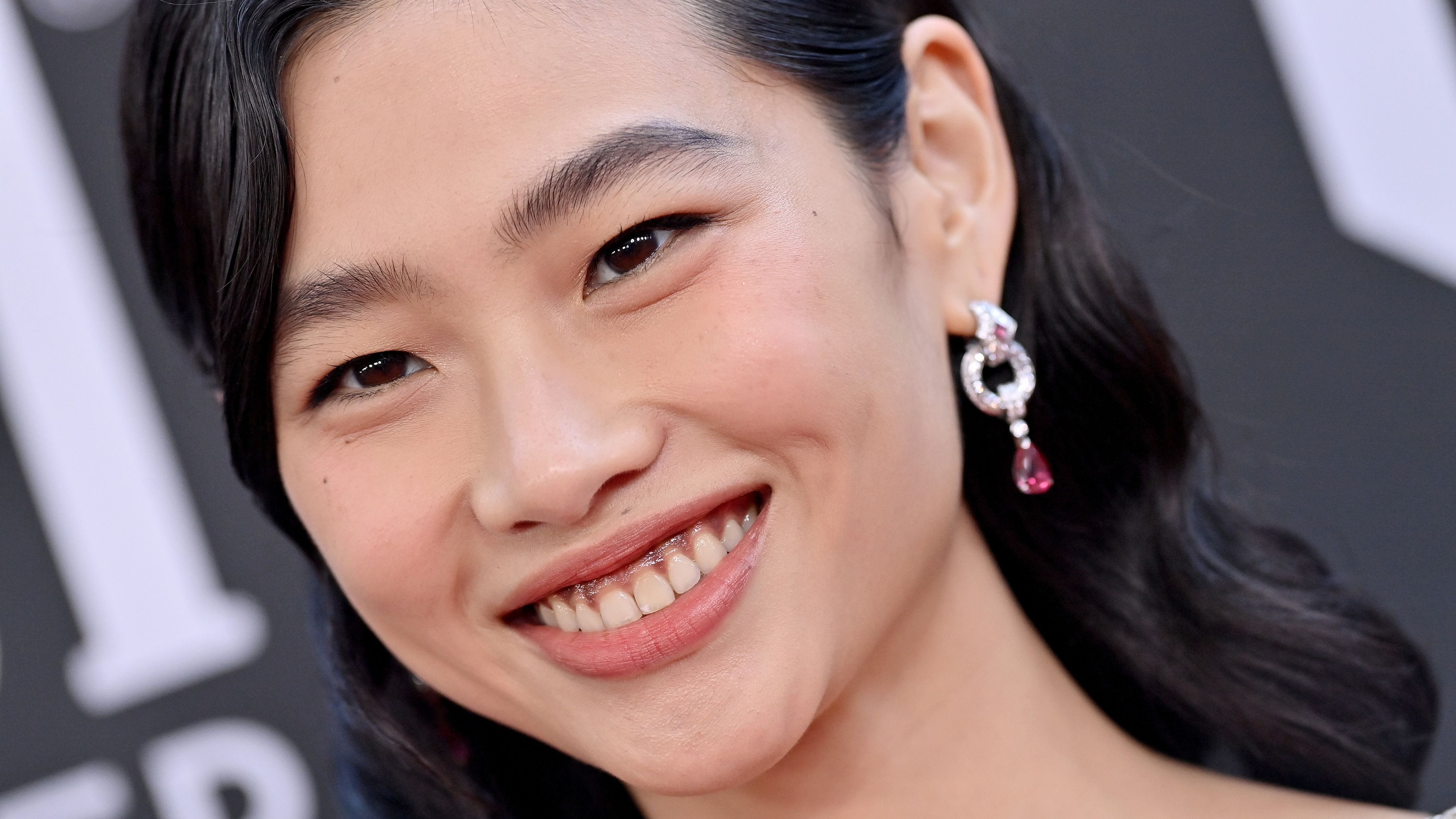 Squid Game sensation HoYeon Jung can't get enough of the Netflix series' magic, and rightfully so. The 27-year-old earned immediate critical acclaim from movie critics and continues to receive nods from Awards. She won the Screen Actors Guild Award for Outstanding Performance by a Female Actor in a Drama Series. She's also won the Asia Artist Award, Critics Choice, and Director's Cut. Her fashion throughout the Award circuit has been impeccable and outstanding, especially the Chandelier dress she wore to the Critics Choice Awards.

Ho-Yeon Wears A Dress Straight Off The Runway 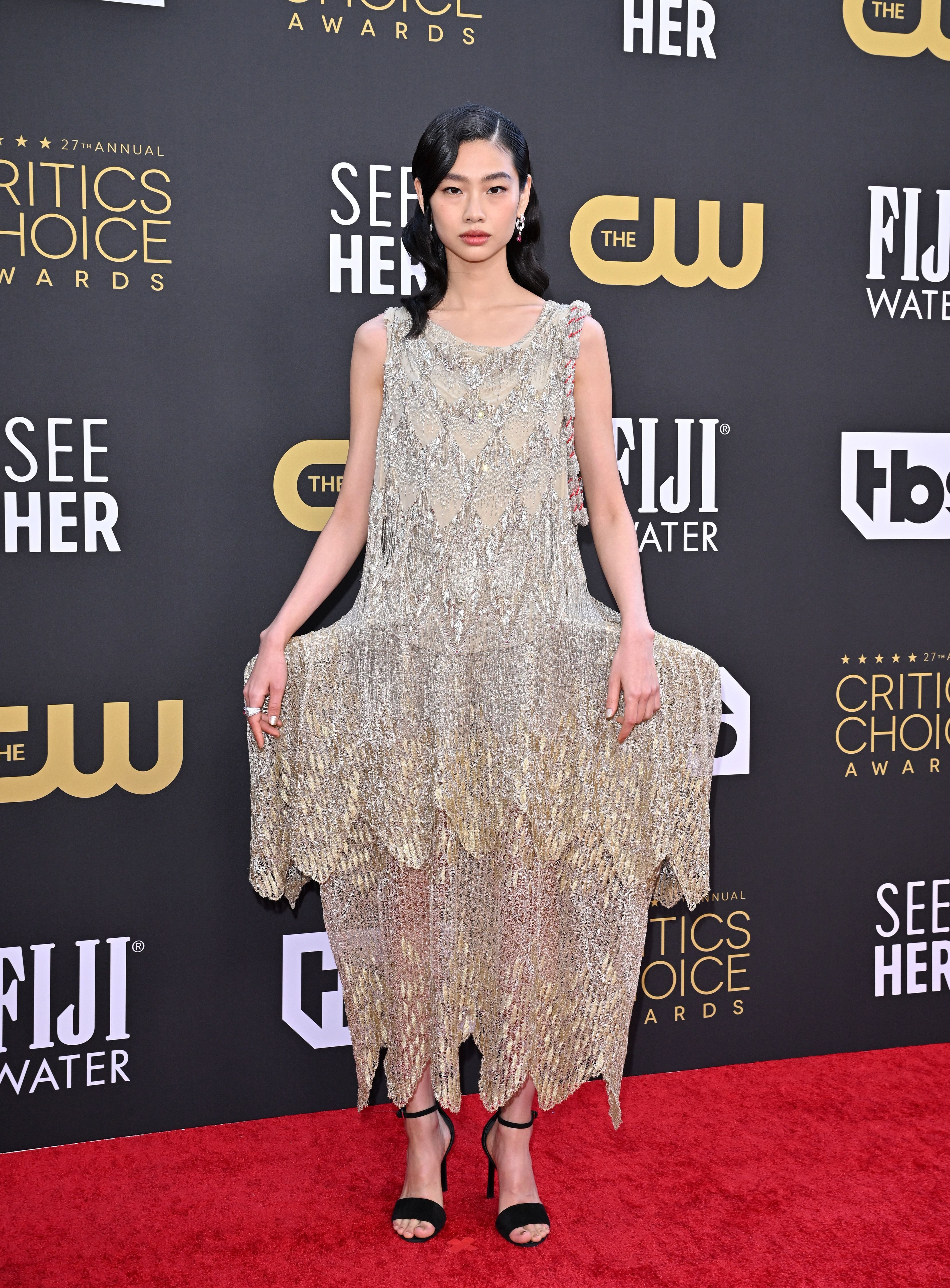 HoYeon wore a gold embroidered dress from @NicolasGhesquiere’s Spring-Summer 2022 Collection paired with Maison’s High Jewelry Collection pieces. The avant-garde sculptured bustle skirt with crystals and beads stole the show as she walked onto the red carpet.

She styled her black hair in a sleek wave and wore subtle nude makeup to allow her dress to shine as it was intended.

HoYeon was an instant fan favorite, and viewers were sad to see her die in the series. While the show closed with an open ending, the creator intended it as a single installment. However, due to popular demand, the director Hwang Dong-Hyuk admitted to Deadline that he's working on a possible sequel.

Nothing is set in stone yet, but he hinted at a possible return of HoYeon Jung. But how's that possible since she died? He then laughed and said, 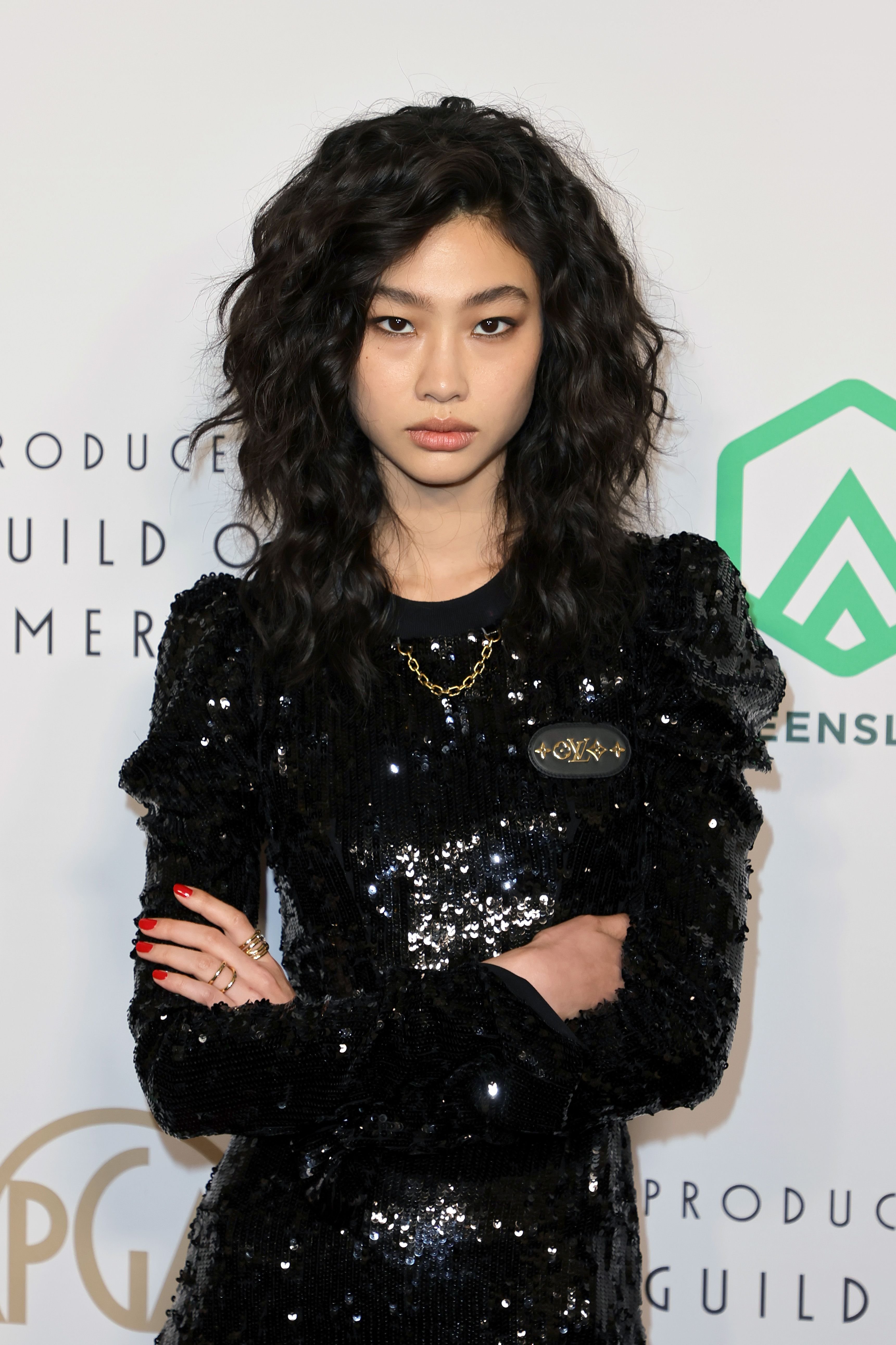 Meanwhile, HoYeon's big break opened more opportunities in Hollywood as she's set to star in Alfonso Cuaron's upcoming thriller series - Disclaimer. Variety reports that the show already has a star-studded cast, and HoYeon would be in the great company of acting royalty. From Kodi Smit-McPhee (Power of the Dog), to Sacha Baron Cohen (Borat), Cate Blanchett (Blue is the warmest color), and Kevin Kline (Last Vegas).

The Apple series is an adaptation of the New York Bestseller by Renee Knight, and Ho-Yeon would take a major supporting role as Blanchett's assistant.

Ho-Yeon Sits Down With LV

In an ambassadorial interview, HoYeon told Louis Vuitton that joining the fashion house feels like a fairytale. She also revealed some intimate details about herself, saying she retains her childhood curiosity and never wants to lose that wonder and outlook on life.

She started her career as a model, but it feels like learning the craft again since she's become a major actress.