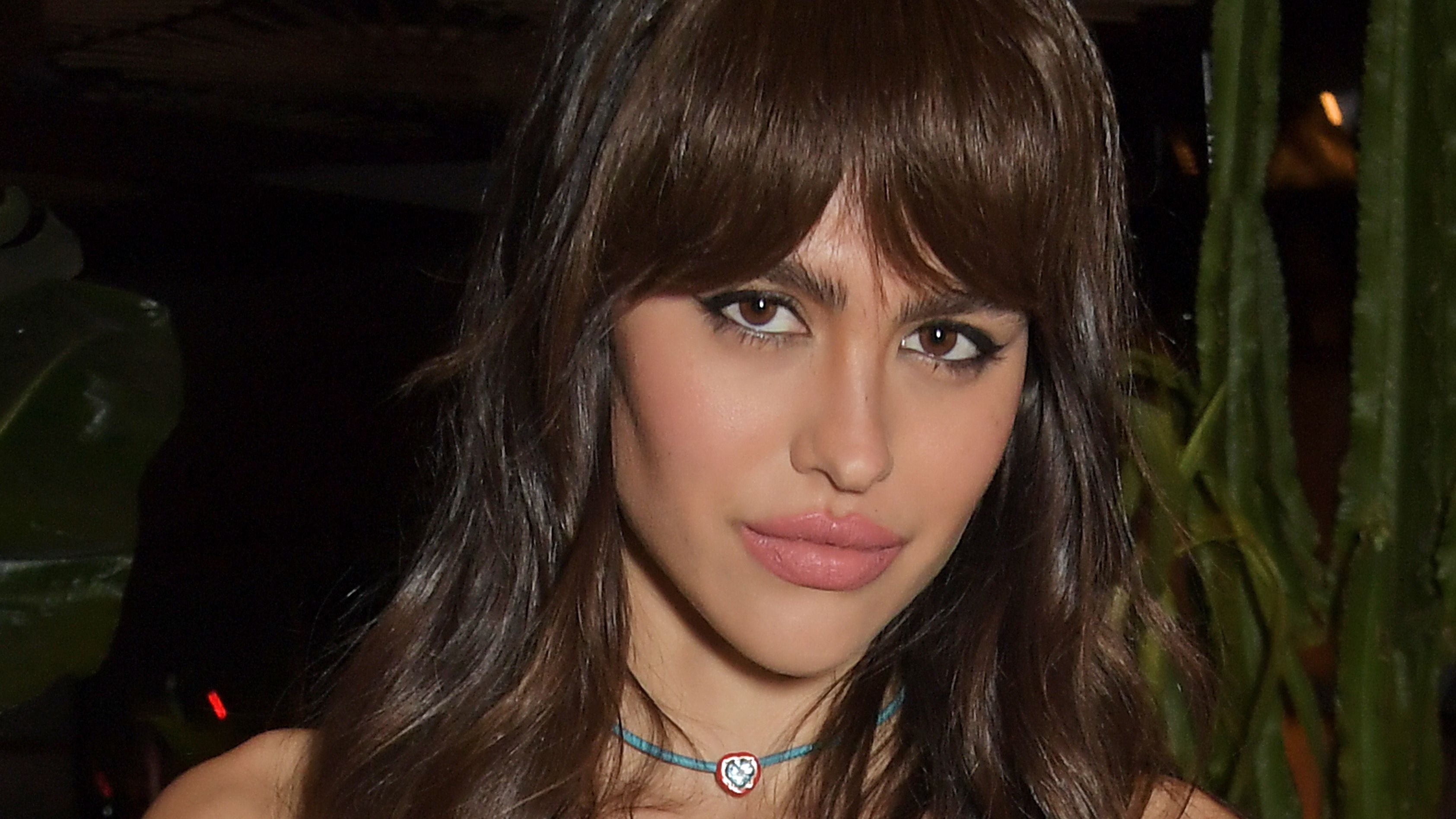 Amelia Gray Hamlin went sheer and braless on Instagram for a steamy bare-all post oozing with bad girl attitude and, while the 20-year-old captioned the upload "sorry mom," her famous mother Lisa Rinna didn't seem to mind it at all.

Scroll for the photo and for her mom's comment! 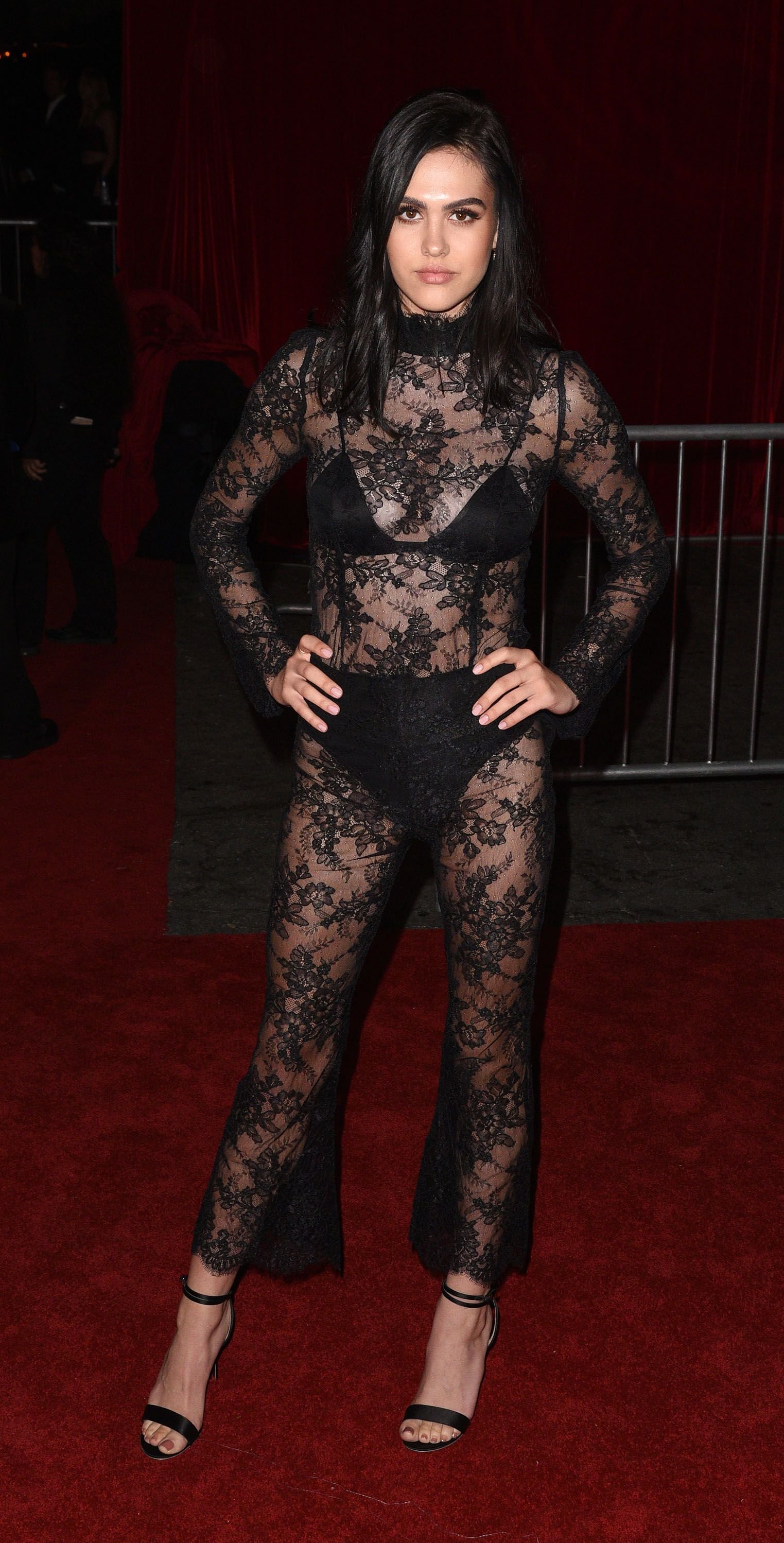 Posing out on a balcony, the RHOBH star's youngest daughter exposed her bare chest in a fully see-through mesh maxi dress by Aya Muse that also showed her undies. The look was a bold fashion statement, with Hamlin rocking all black, right down to her underwear and accessories.

Going skintight in a turtleneck number that clung to her upper body and highlighted her chiseled abs, the brunette beauty leaned against the wrought iron railing and stretched out her arms to make her taut waist more visible. Likewise, her tummy was left on show by a low-rise bikini bottom whose high cut flaunted her hips and thighs. 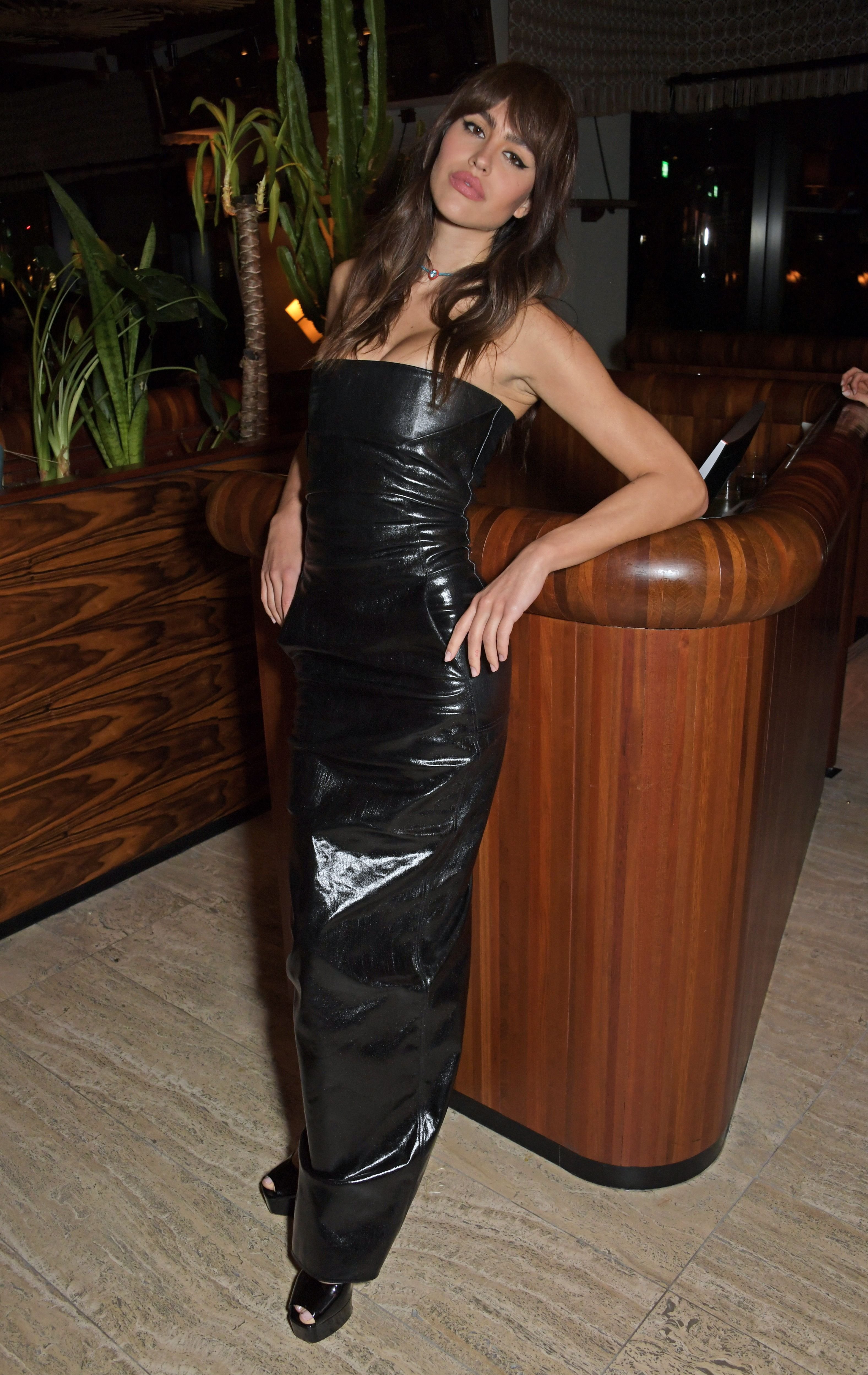 Serving style as well as an eyeful of curves, Hamlin paired the racy dress with a sleek leather trench from Your Friends Vintage, which she wore open to showcase her sheer getup. She also appeared to be wearing leather boots and rocked shades at nighttime like the fashion icon that she is. The white frames on her sunglasses were the only contrasting element in the all-black ensemble, which she finished off with chunky small hoop earrings.

Check out the look below!

What Mom Had To Say 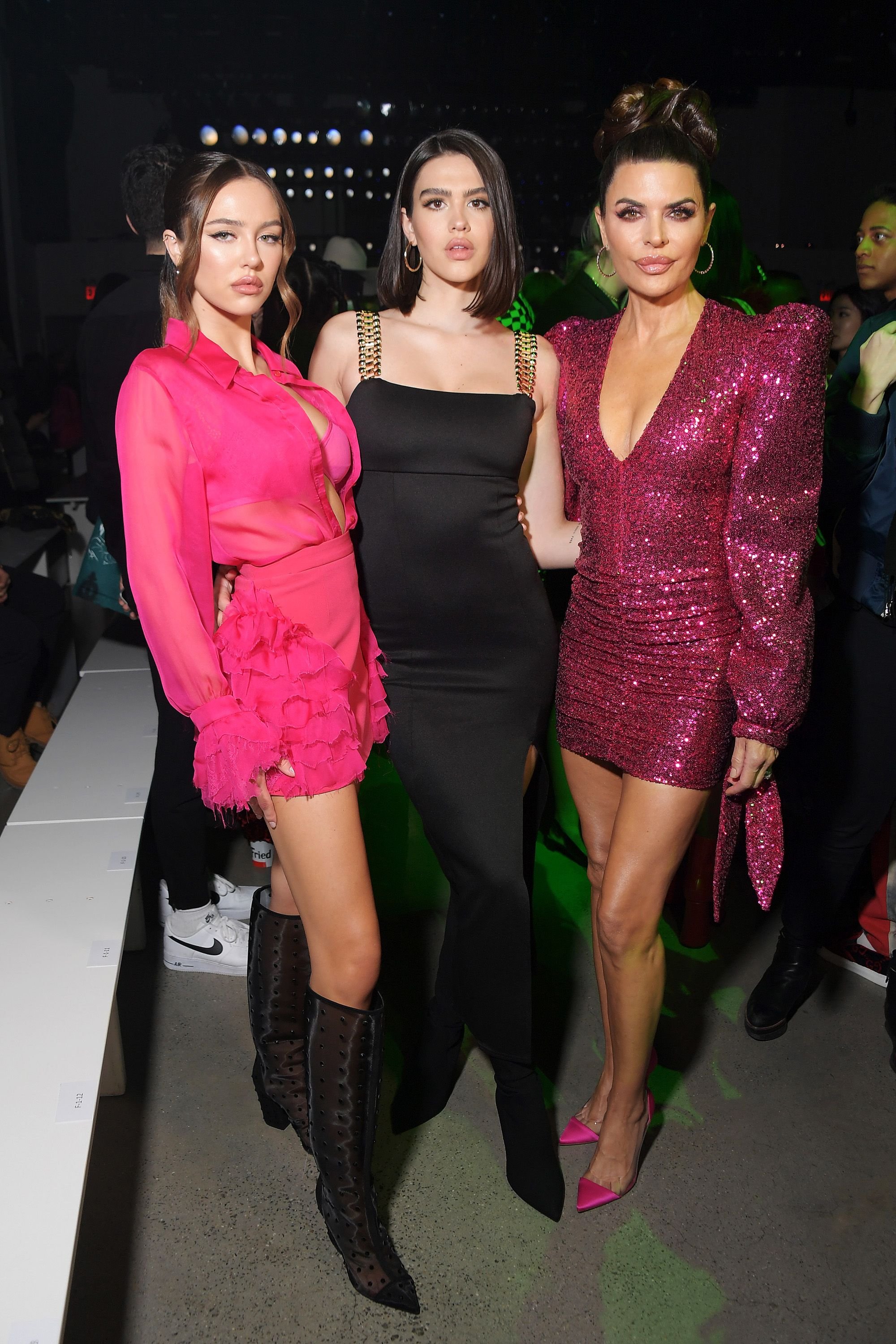 Fresh from scoring her first-ever magazine cover with Numéro TOKYO, Hamlin showed off her modeling chops in a hiked-knee pose with her hip cocked to display her supple legs. Although she edited the photo to censor all the sensitive bits, the racy outfit still pushed the limits on the social media platform, with the 20-year-old apologizing to her mom in the caption.

As predicted, Lisa Rinna (pictured above with both daughters at the Christian Cowan Fall/Winter 2020 fashion show) was very cool about it. "Ha! Love you," she said, leaving a heart-eyes emoji on the photo.

The suggestive picture also scored a "like" from mom's RHOBH castmate Erika Jayne, proving the ladies are tight and always have each other's backs. 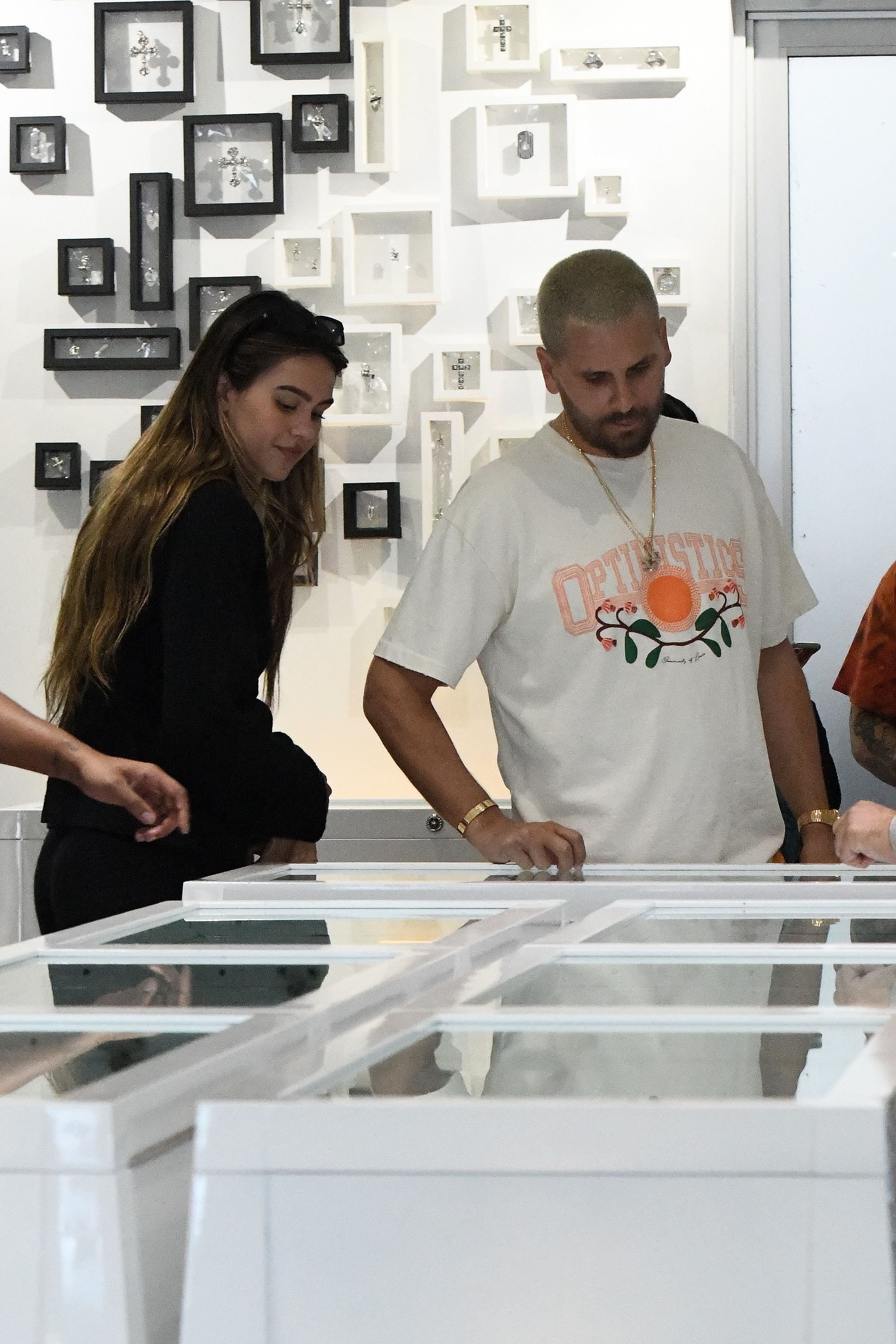 Now in the news for her foray into magazine modeling, Hamlin, who's also appeared in her mom's reality show together with her sister, made 2021 headlines for dating Kourtney Kardashian's baby daddy, Scott Disick, 38. The two first sent tongues wagging due to their 18-year age gap -- with mom Lisa Rinna confiding in Erica Jayne about the relationship on RHOBH, "We’re thinking it’s a phase, right?," per US Weekly -- and later sparked a media storm when they split after less than a year together.

Discussing the breakup with RHOBH reunion host Andy Cohen in October, Rinna intimated that part of the reason why they drifted apart was a DM that Disick allegedly sent to Kardashian's ex, Younes Bendjima.

In a screenshot posted by Bendjima, the father-of-three appeared to shade Kardashian for her PDA-filled romance with her now-fiancé, Travis Barker, allegedly remarking "Yo is this chick ok!???? Broooo like what is this. In the middle of Italy" about a picture of them kissing on a boat.

This likely caused some tensions between Disick and his girlfriend, although Rinna insisted that Hamlin made the choice to end it "on her own," per People.