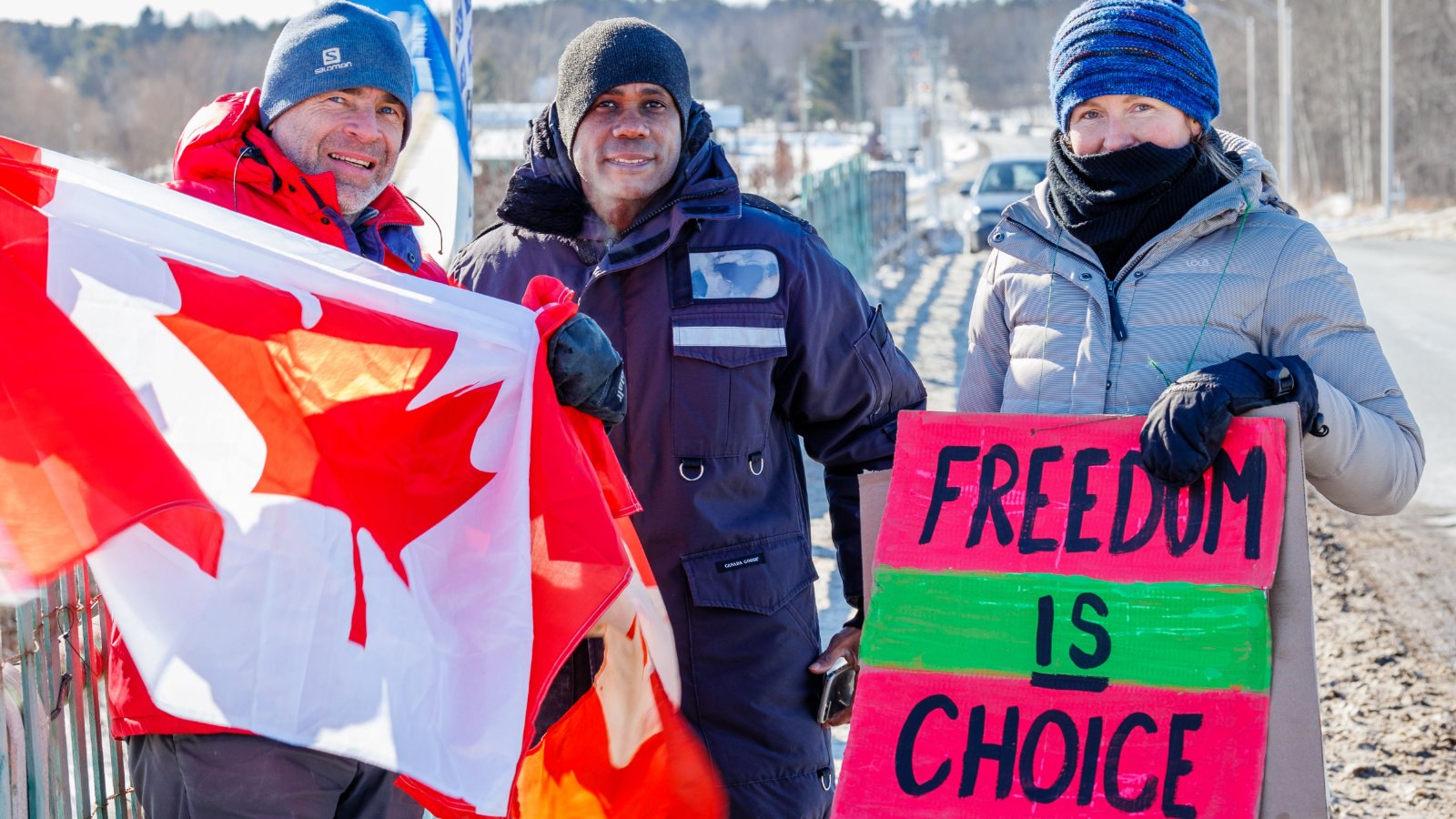 Canadian truckers have amassed in Canada's capital city of Ottawa this week in protest of a vaccine mandate imposed on Jan 15, the BBC reports. The mandate requires that truckers crossing from Canada to the United States to be vaccinated against COVID-19.

The topic of mandates continues to be a controversial political issue in North America. 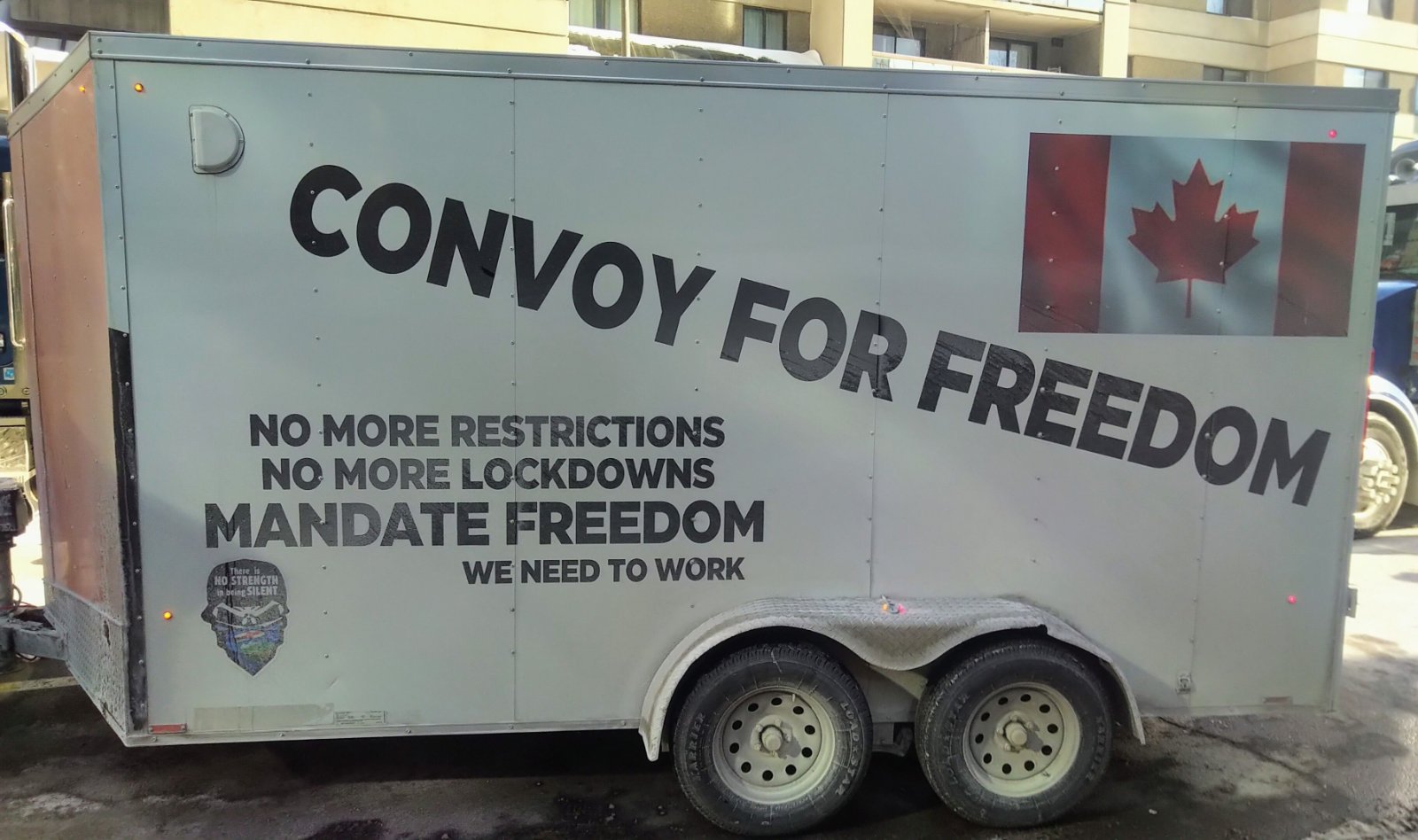 Protests began in light of pressure from the Canadian government to enforce vaccinations among truckers passing across the country's border to the US. If vaccinated, truckers would be eligible to miss the required 14-day isolation period after visiting the US.

Initially focused on the specific mandate put in place mid-way through January, parts of the protests have widened their focus onto all national vaccine mandates, lockdowns and national restrictions.

Dubbed the Freedom Convoy, the protests have been controversial. In part due to their objective to vaccine mandates, as well as the involvement of several high-profile, far-right political figures. One individual of note is Tamara Lich, a far-right politician and member of anti-vax group the Maverick Party, who was responsible for a lucrative GoFundMe campaign.

Reports of far-right, racist, nazi slogans and iconography at the protests have sparked disgust from Prime Minister Trudeau, who refused to meet the protesters.

Who Is The Maverick Party? 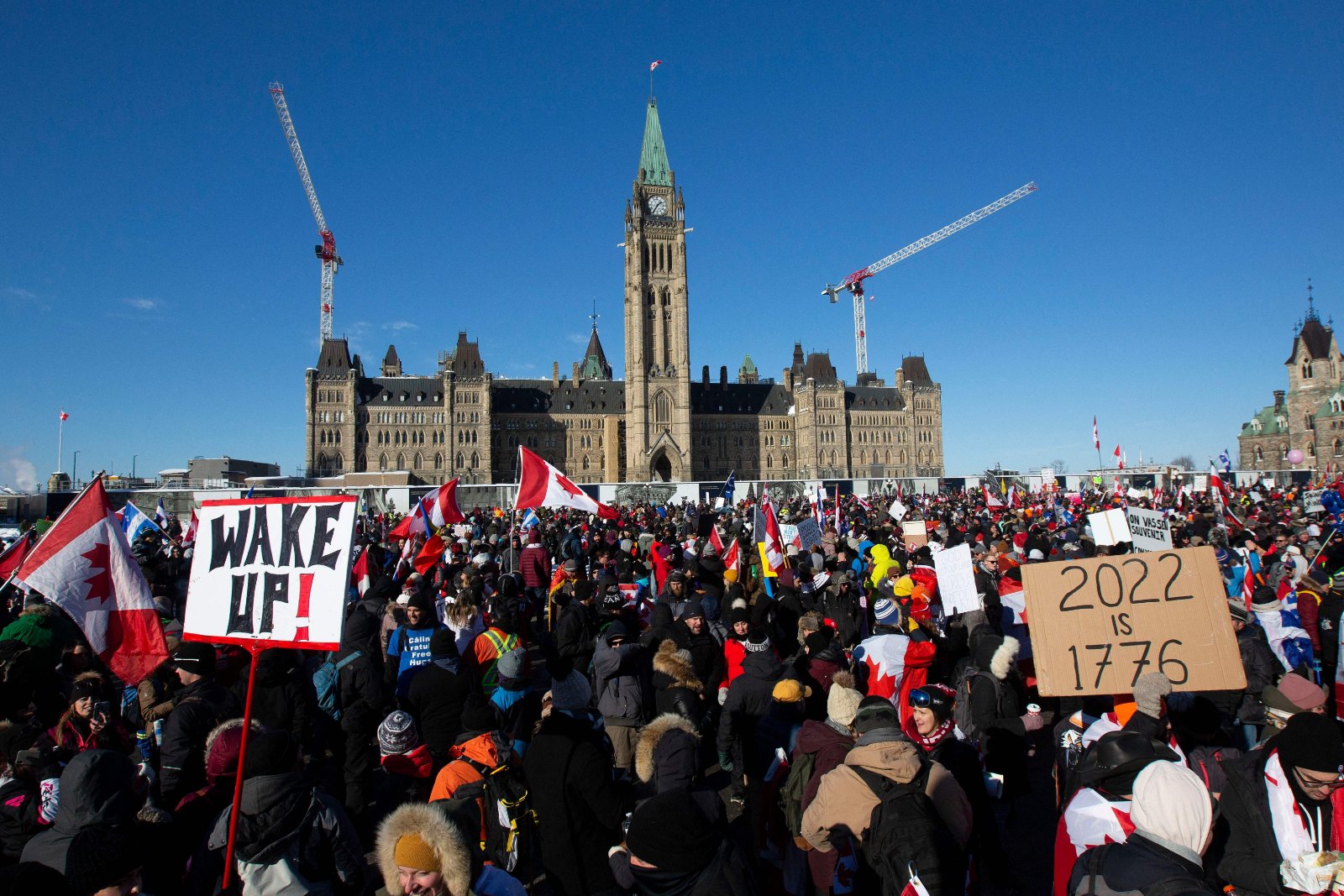 Previously known as Wexit Canda, the Maverick Party is a right-wing separatist party whose aims include the independence of Western Canada. Focused on British Columbia, Alberta, Saskatchewan and Manitoba, the party does not currently hold any power in government.

However, the party's ability to raise significant funds, as well as capitalize on a populist issue, has sent shockwaves throughout the establishment. 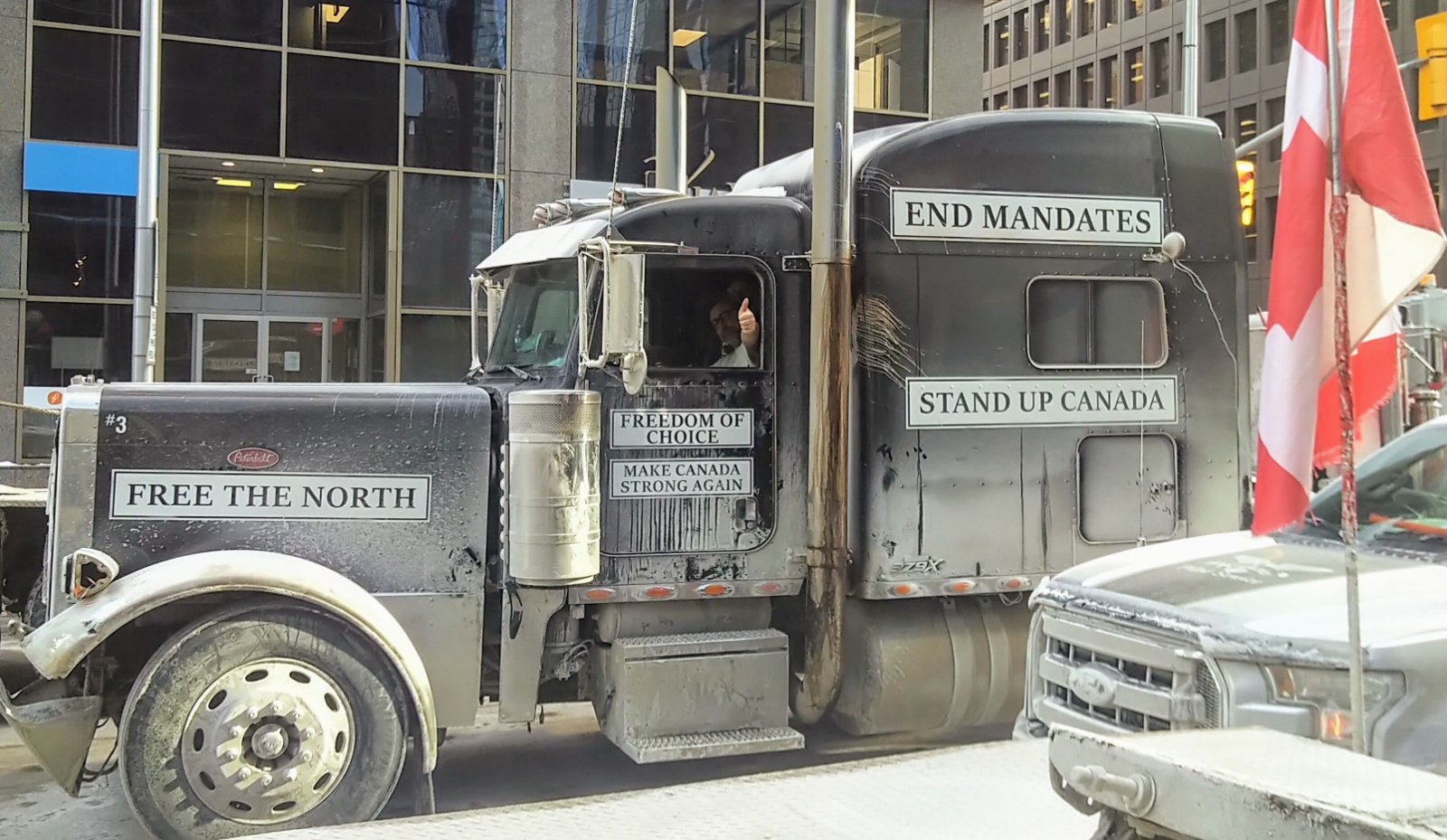 A GoFundMe set up by Tamara Lich has raised nearly $10 million in funds, intended to go towards covering the living costs of those dedicated to protesting. Though questions of the distribution have been raised, GoFundMe allowed the campaign to continue after momentarily freezing funds.

Reports state that the amount raised far exceeds that raised by Canada's mainstream parties managed in the final quarter of 2021, with Trudeau’s Liberal Party of Canada raising $3.7m. 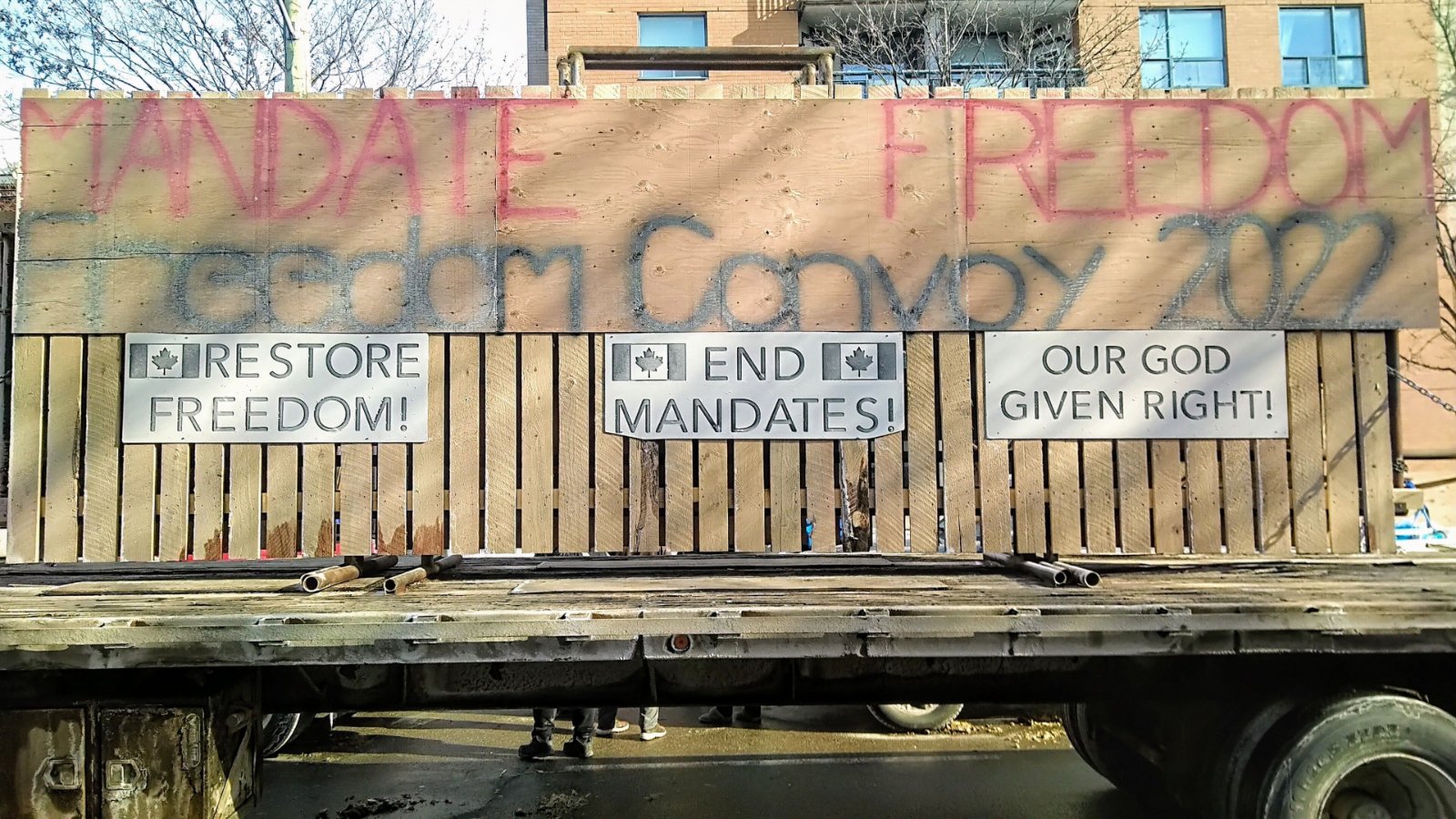 While images of protests show many attendees, not all truckers are in agreement. In an op-ed blog from Truck News, James Menzies discusses his hesitation to align the Freedom Convoy with the best interests of truckers.

Speaking in the blog, Menzies writes: 'I received many calls from mainstream media outlets, asking me what the protest was about.'

'I couldn’t bring myself to call this a trucker protest. I opined it was an anti-vax, anti-mandate, anti-government, and possibly even pro-separatist movement that’s attached itself to the frustrations of a small segment of the trucker population.'

The BBC reported that roughly 90% of Canada's 120,000 cross-border truckers are already vaccinated. This would match the ratio of Canada's general adult population.